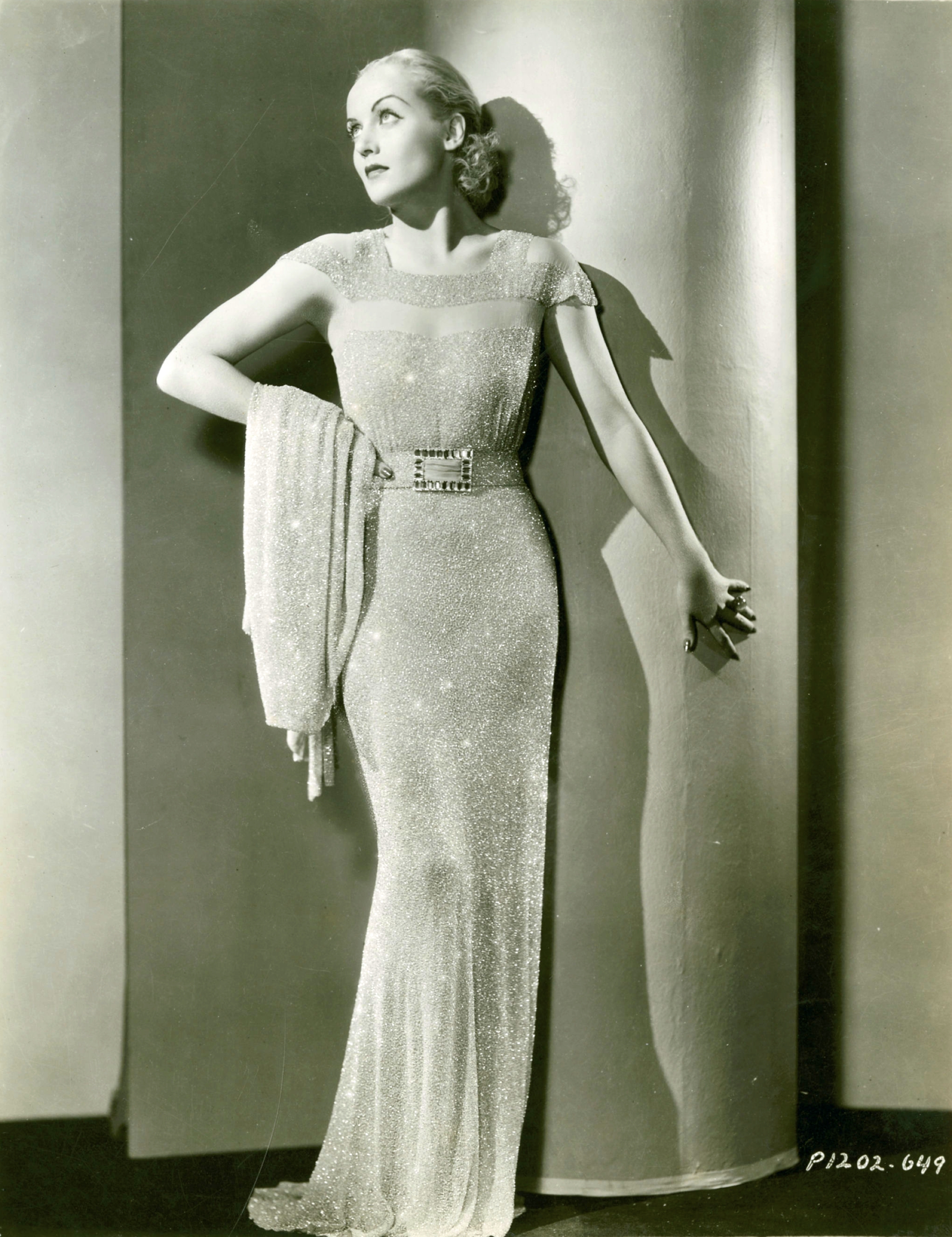 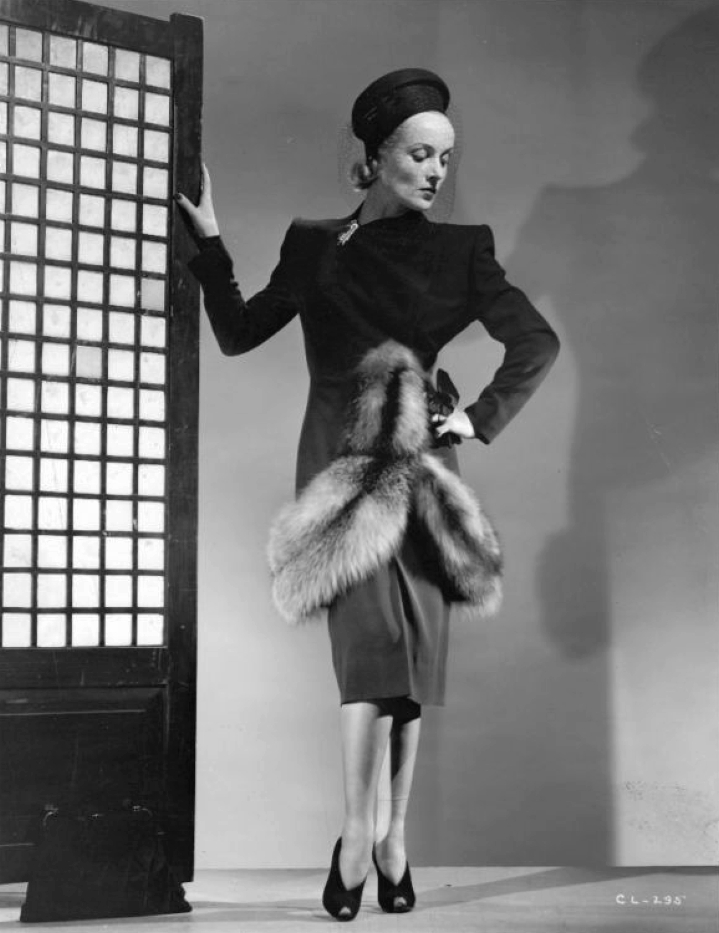 Blessed with an attractive face and a lithe figure, Carole Lombard was frequently rated among the best dressed of film stars. But there was a notable difference between the Lombard of the mid-1930s (above) and her later self (below), and it wasn't merely changing from Paramount, with Travis Banton as a designer, to RKO, where her gowns were designed by Irene.

Lombard herself had changed, become more aware of her fashion style as she grew older. She discussed this in a notable article in the February 1941 Photoplay, "The Girl who learned how to dress": 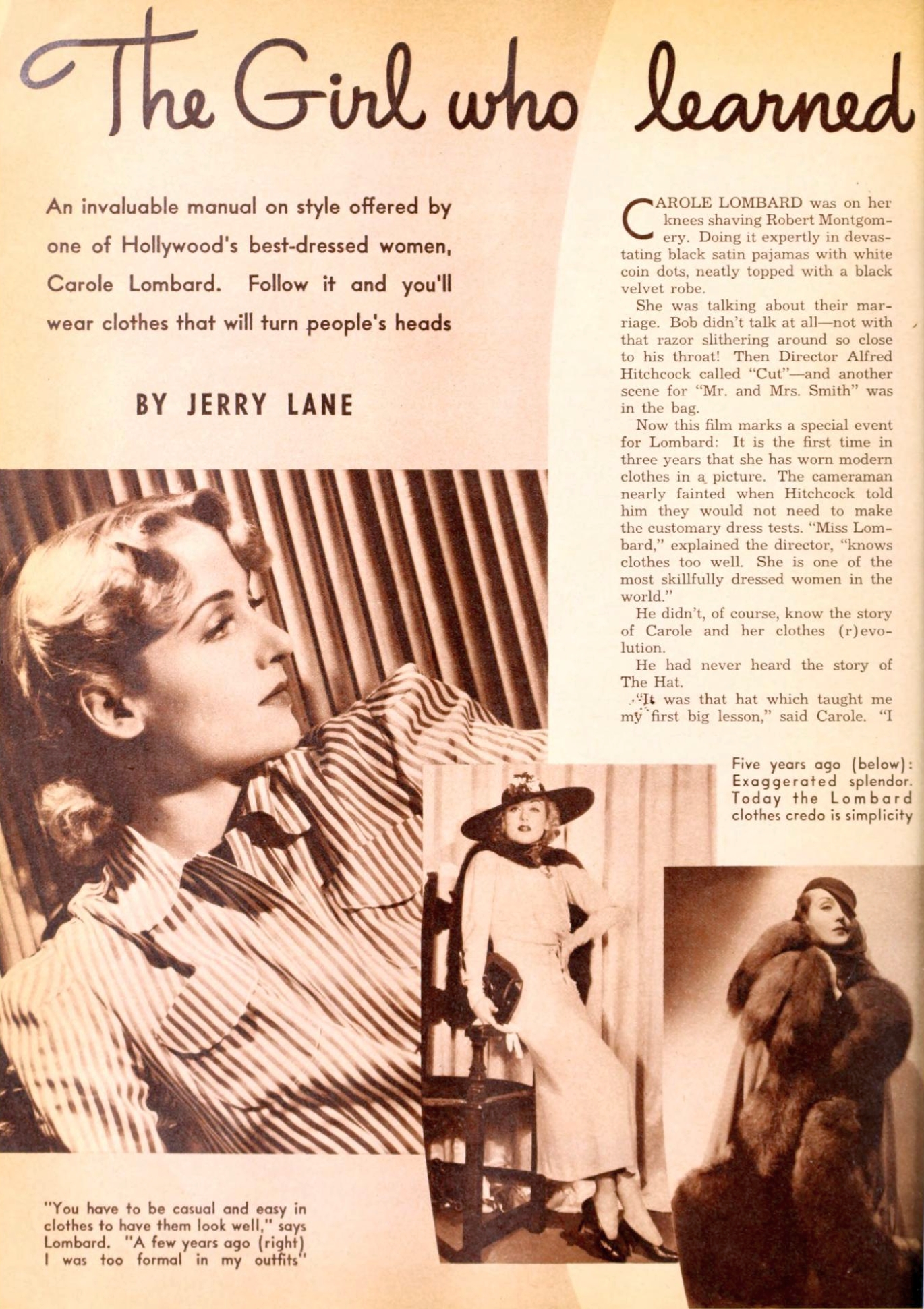 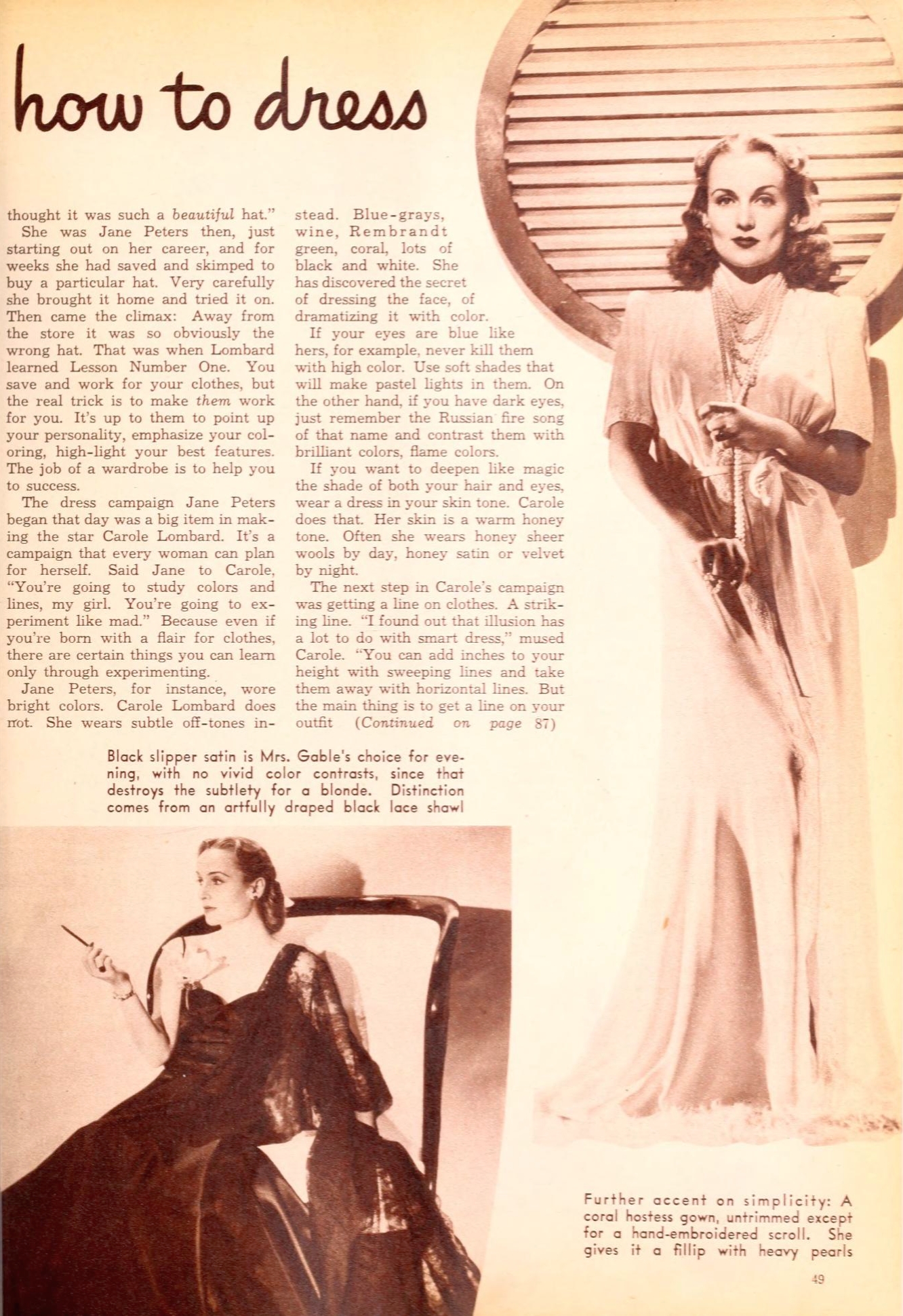 Lombard certainly isn't denying her earlier fashion sense so much as acknowledging she had fine-tuned it; after all, what worked for her in early 1935, when she was 26, might not come off as a 32-year-old in early 1941. As she said in the story, "Every woman goes through a sort of evolution in learning about style. ... You have to be casual and easy in your clothes to make them look well." And the story notes her shift from "exaggerated splendor" to simplicity.

And the proof of what she said is that some 72 years after this was written, despite changes in styles, most of Lombard's common-sense fashion tips hold up well today.
Collapse