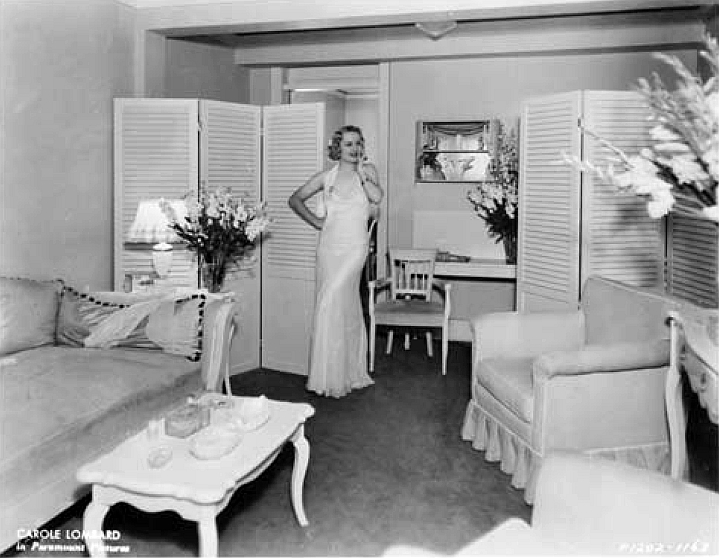 ...just remember to be on your best behavior! (Recall what happened to Fredric March when he wasn't -- read all the ribald details at http://carole-and-co.livejournal.com/30900.html.) 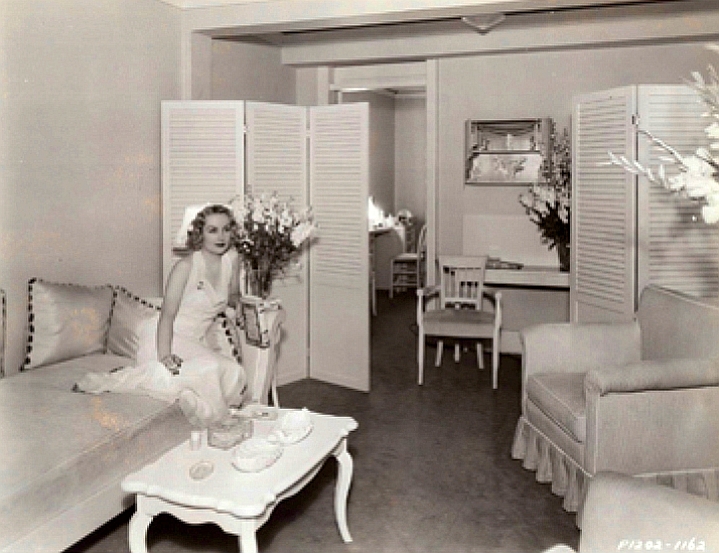 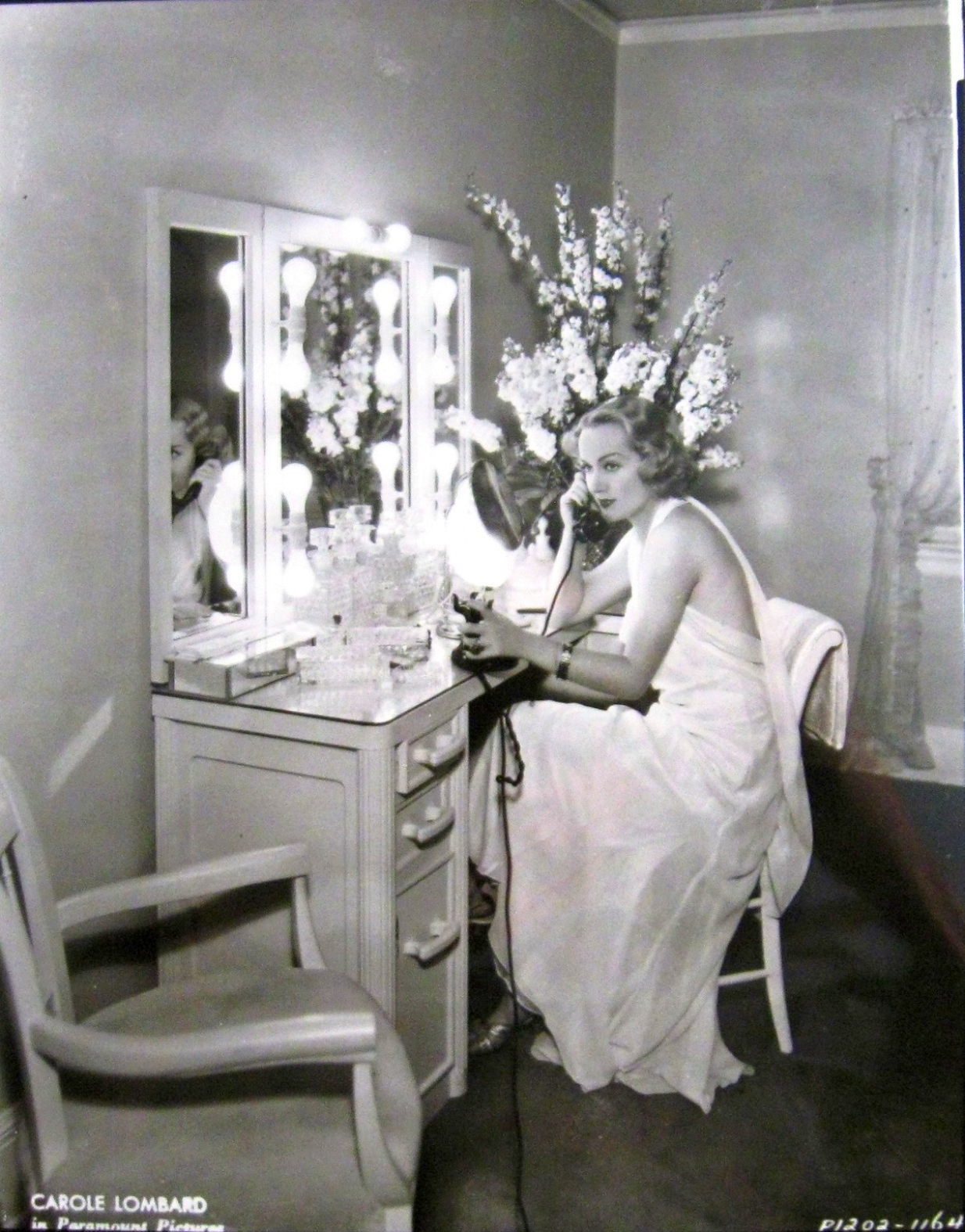 Oh, and to the seller: The still is definitely from the 1930s (probably sometime in 1935, if the p1202 number is indicative), as Lombard left Paramount after 1937 and bequeathed the dressing room to her friend Dorothy Lamour. I have no idea what the dressing room is being used for now (there is a building named for Lombard at Paramount, but it's on the side of the lot that belonged to RKO in the 1930s), or even whether it's still a dressing room. While no film studio has actors under permanent contract today, it's possible such rooms are used by stars of long-running television series made at that lot.
Collapse