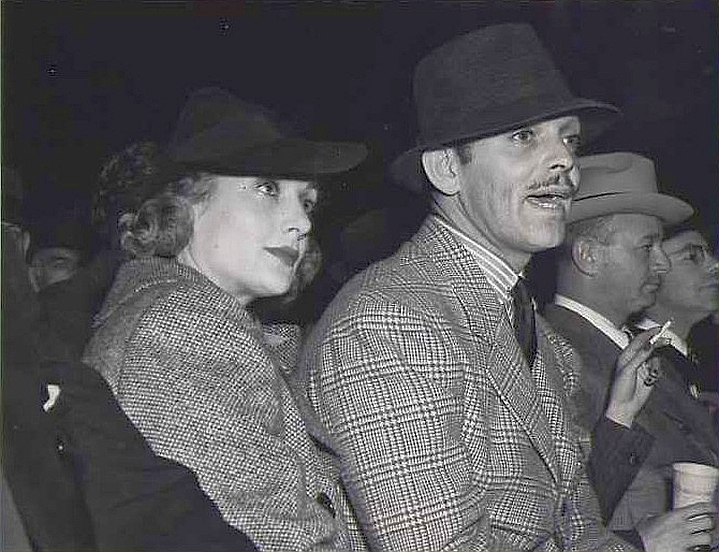 A few days before Carole Lombard and Clark Gable attended a boxing match at Los Angeles Wrigley Field on May 28, 1937, Hollywood magazine's June 1937 issue -- with mutual friend Myrna Loy on the cover -- hit newsstands, and Clark and Carole were part of the cover, too: 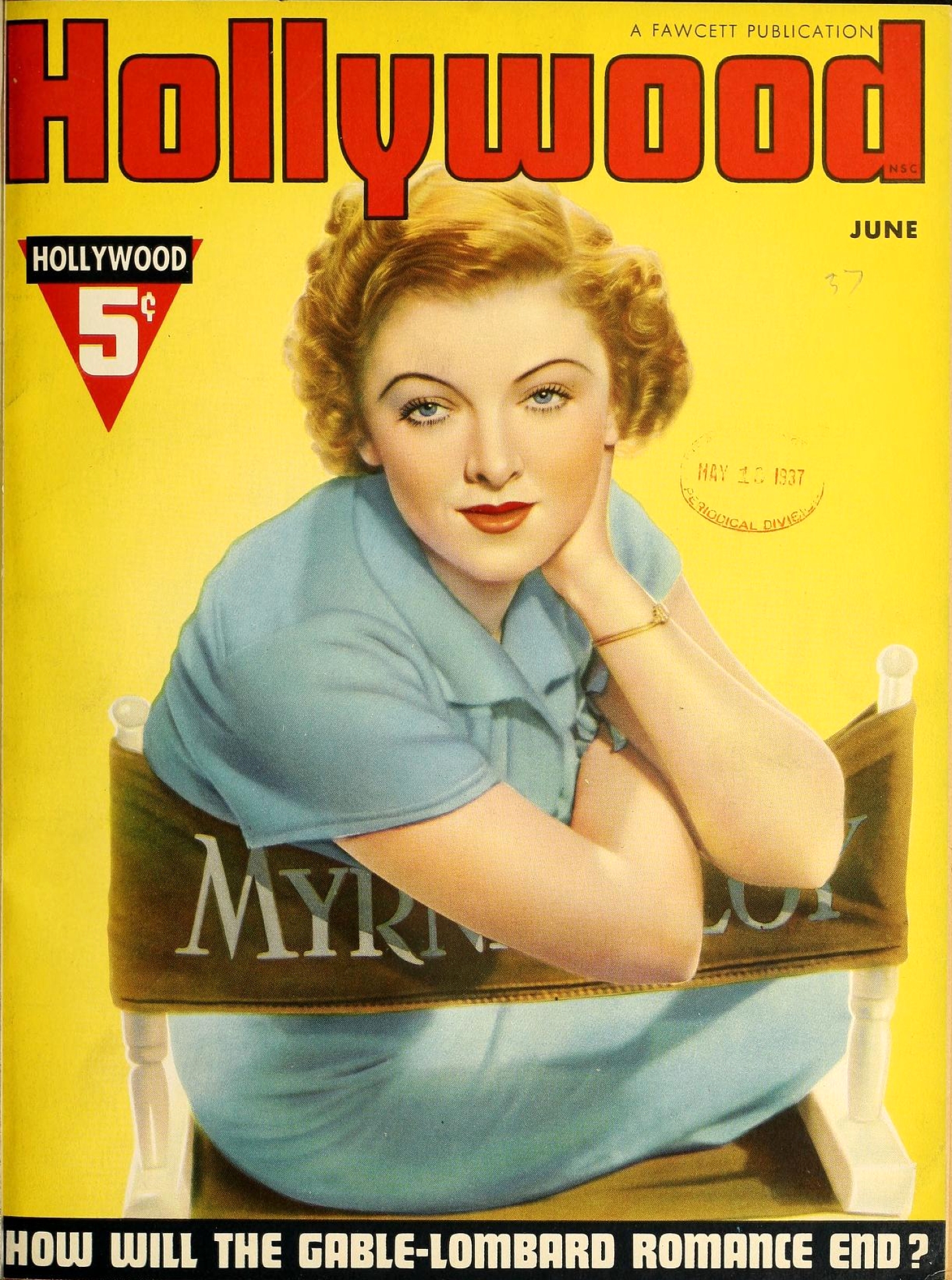 Of course, we know it ended with an airplane crash into a Nevada mountain -- in Loy's autobiography, she writes canceling a flight she was scheduled to board helped her avoid a similar fate some years before -- but in this context, "end" referred to something far less morbid. Would Gable and Lombard wind up as husband and wife, or was this a mere romantic movie star fling that ultimately would fade away? The public was curious, and this article attempted to whet its collective appetite, using Clark and Carole's earlier film together, "No Man Of Her Own," as a starting point: 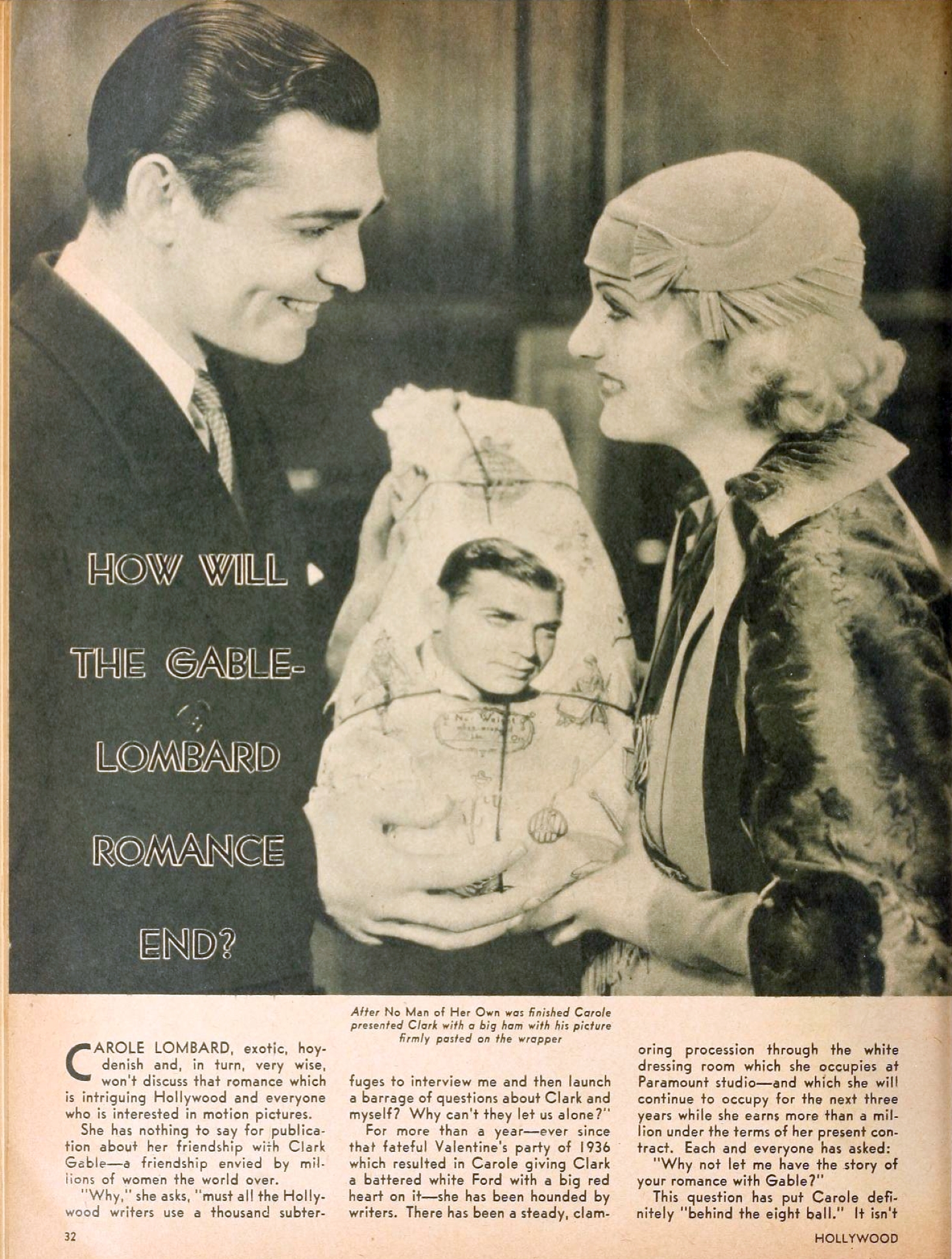 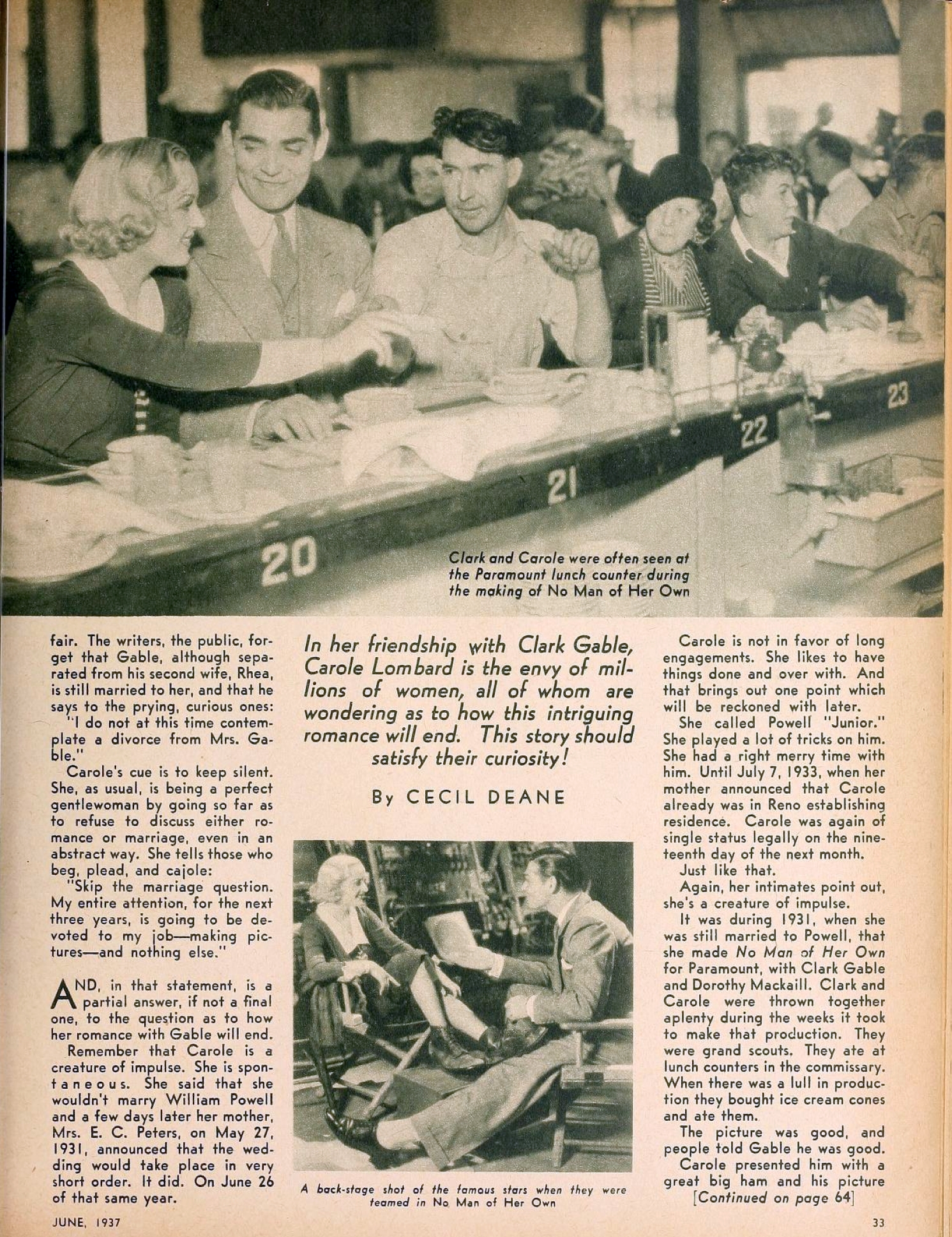 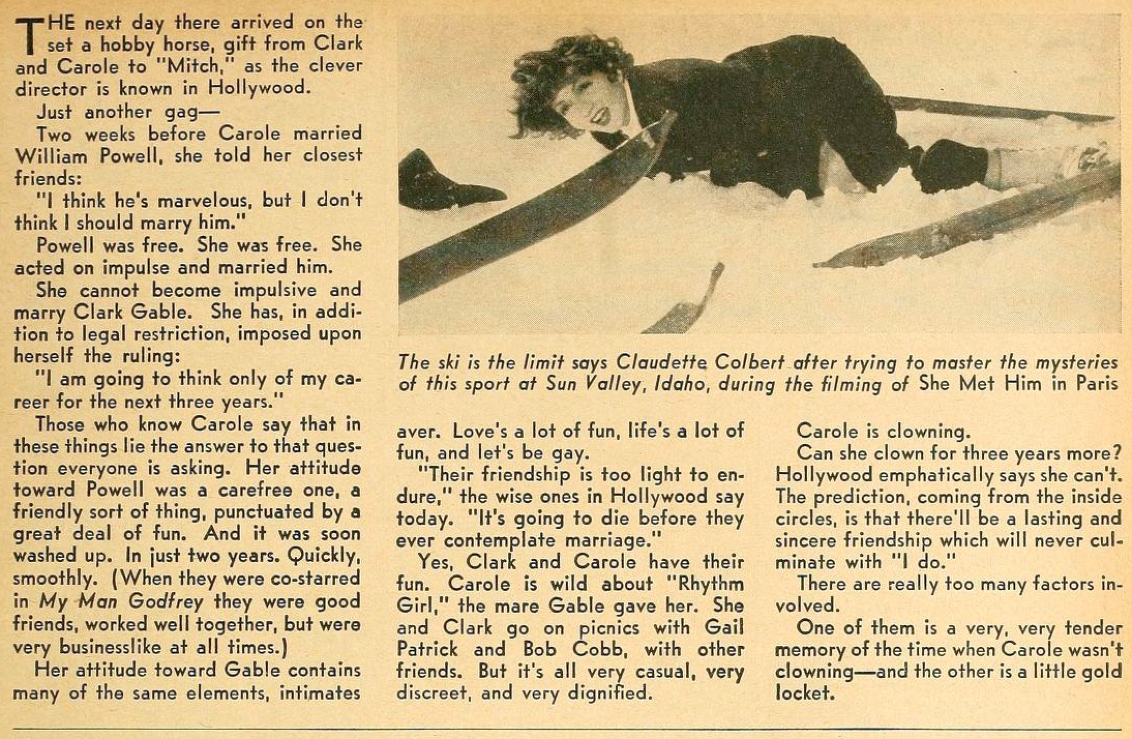 (Incidentally, isn't that a delightful photo of Claudette Colbert? The film's title later was changed to "I Met Him In Paris.")

Most of that story on Carole trods familiar turf (although "No Man Of Her Own" was made during the latter part of 1932, not in 1931 as it states), but I had never heard about the Russ Columbo locket. Nor had I been aware of Gable and Lombard, out for a drive, winding up in a parade in Van Nuys; that might have made for an amusing scene in the otherwise dismal "Gable And Lombard."

That wasn't the only place in the magazine you could find Carole. Her latest film, "Swing High, Swing Low," drew an approving review:

Elsewhere in Hollywood, the magazine was promoting its third series of "Movieland Tours" -- where the public could travel from Chicago to the West, first taking in both natural sights, then touring the film capital...including visiting a studio (Paramount in this case), something nearly never done in those days (http://carole-and-co.livejournal.com/442563.html). The specifics are described below, and if I could find a time machine and make reservations (assuming I could find $5 in U.S. currency made before 1937 for my deposit), heck, I'd join them, too. 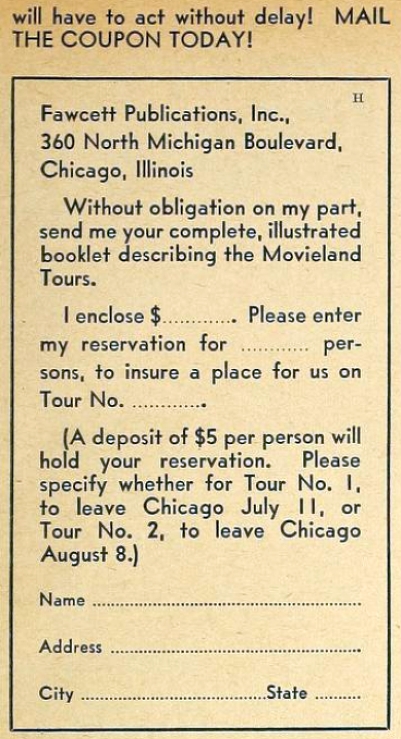 It would be nice to find tourists' photographic souvenirs of being inside Paramount, but I'm guessing they were probably prohibited from taking pictures. Nevertheless, I'd love to be proven wrong, and some of them probably told their experiences to local newspapers once they returned.
Collapse