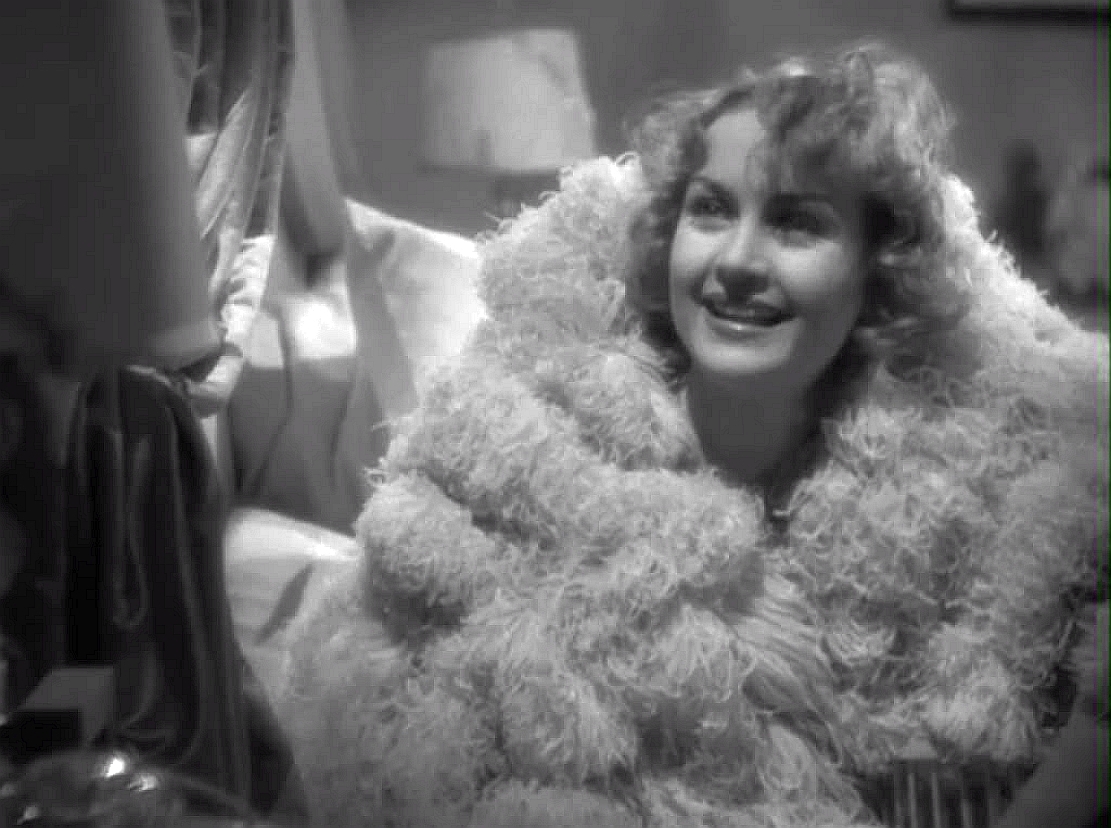 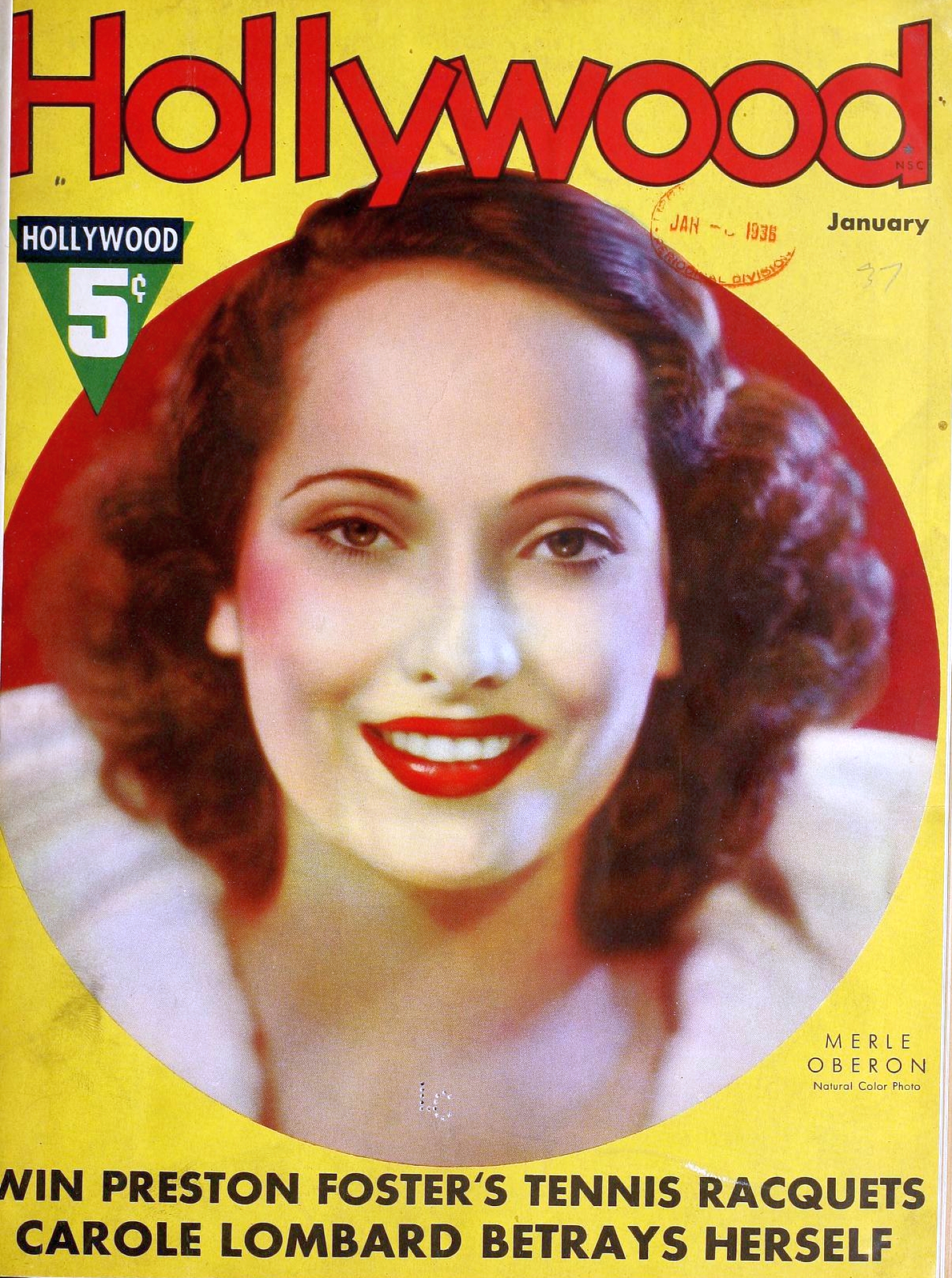 Yes, the title sounds ominous -- might it have something to do with Carole Lombard's out-of-character prickliness with the press pertaining to matters Clark Gable? -- but actually, this is a positive piece regarding Lombard's personality, coming off her critical and popular triumph in "My Man Godfrey," a nationwide hit in the final few months of 1936. No sign of Gable anywhere in the story. Nevertheless, the editors of Hollywood played it up more sensationally on its cover (featuring Merle Oberon, by the way).

The angle here is that Carole "betrayed herself" by letting her natural character come through in the role of Irene Bullock, unlike previous films where she immersed herself in the part. As she's quoted as telling friends, "I'm so much wrapped in it that there's nothing to bring home!" (Although the article emphasizes that the real-life Lombard possessed none of Irene's naivete.) 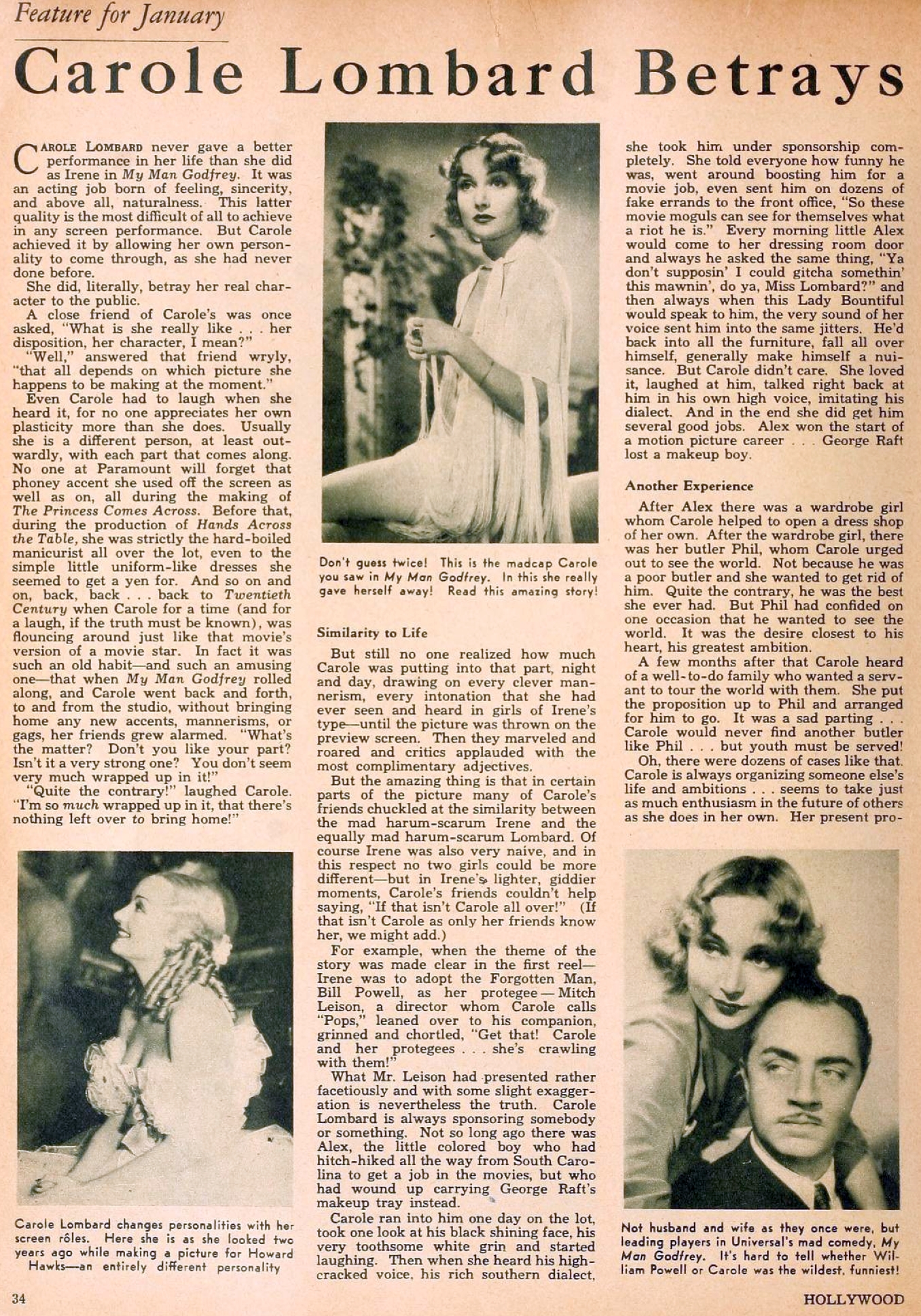 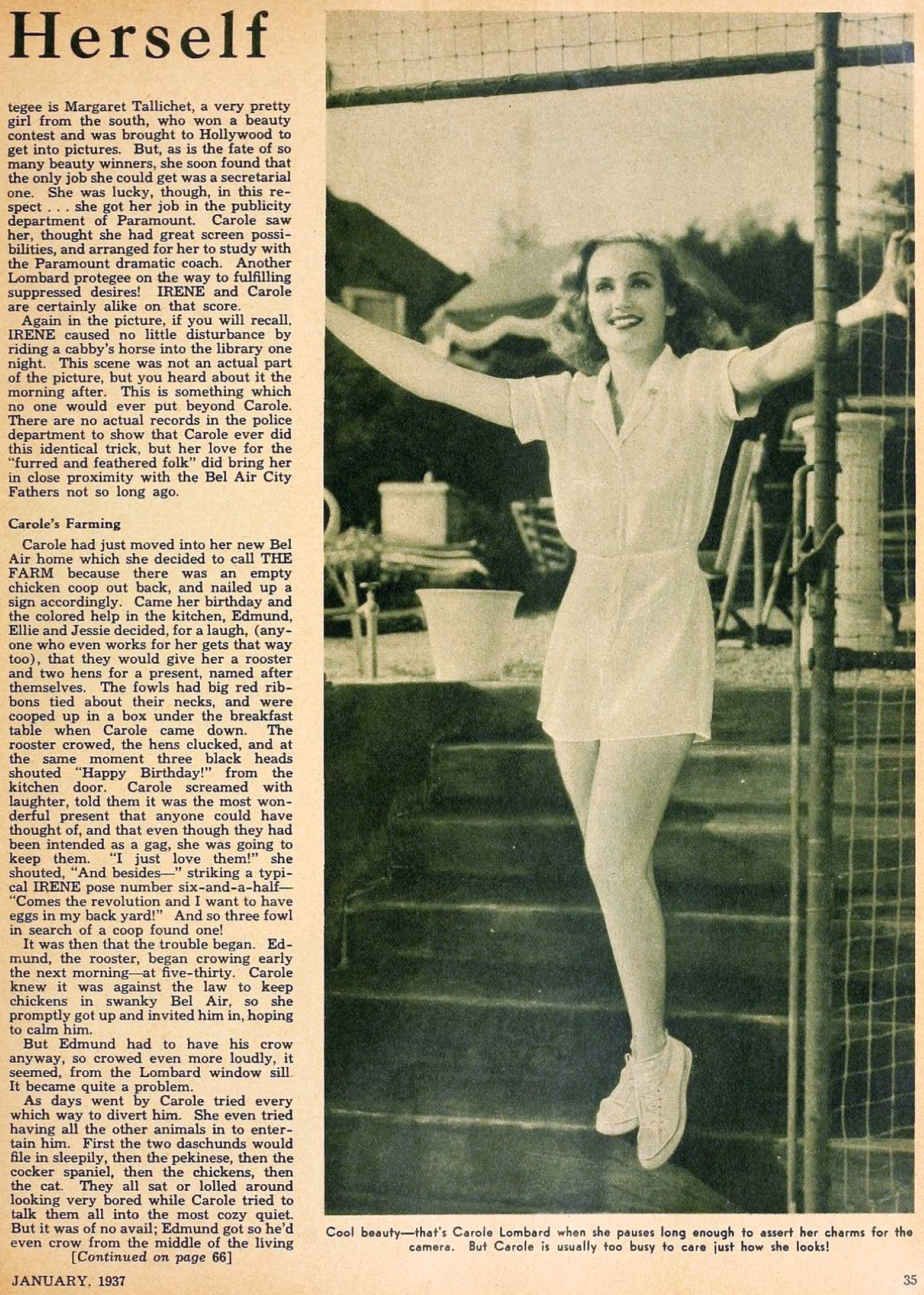 (Oh, and to whomever was the copy editor: That director's name you listed on the first page is "Leisen," not "Leison.")

A delightful article, which has many of the elements of the February 1937 Motion Picture story, "The Utterly Balmy Home Life Of Carole Lombard" (http://carole-and-co.livejournal.com/595574.html). But that wasn't the only place to find Carole; some tidbits on her (and Gable) were posted in a potpourri of Hollywood news: 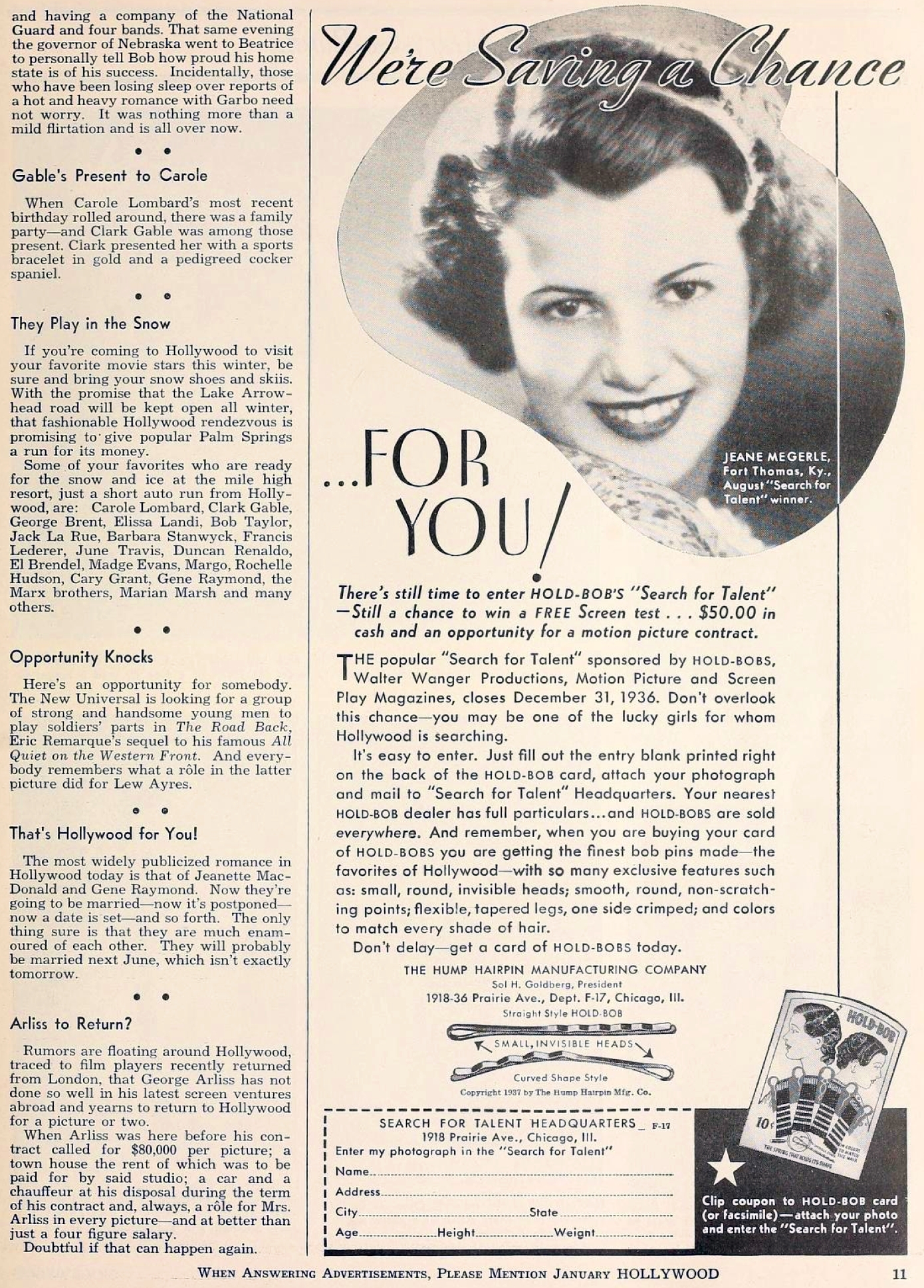 Our latest Lombard LiveJournal header is Paramount p1202-85, showing a gowned Carole waving in front of a gate.
Collapse