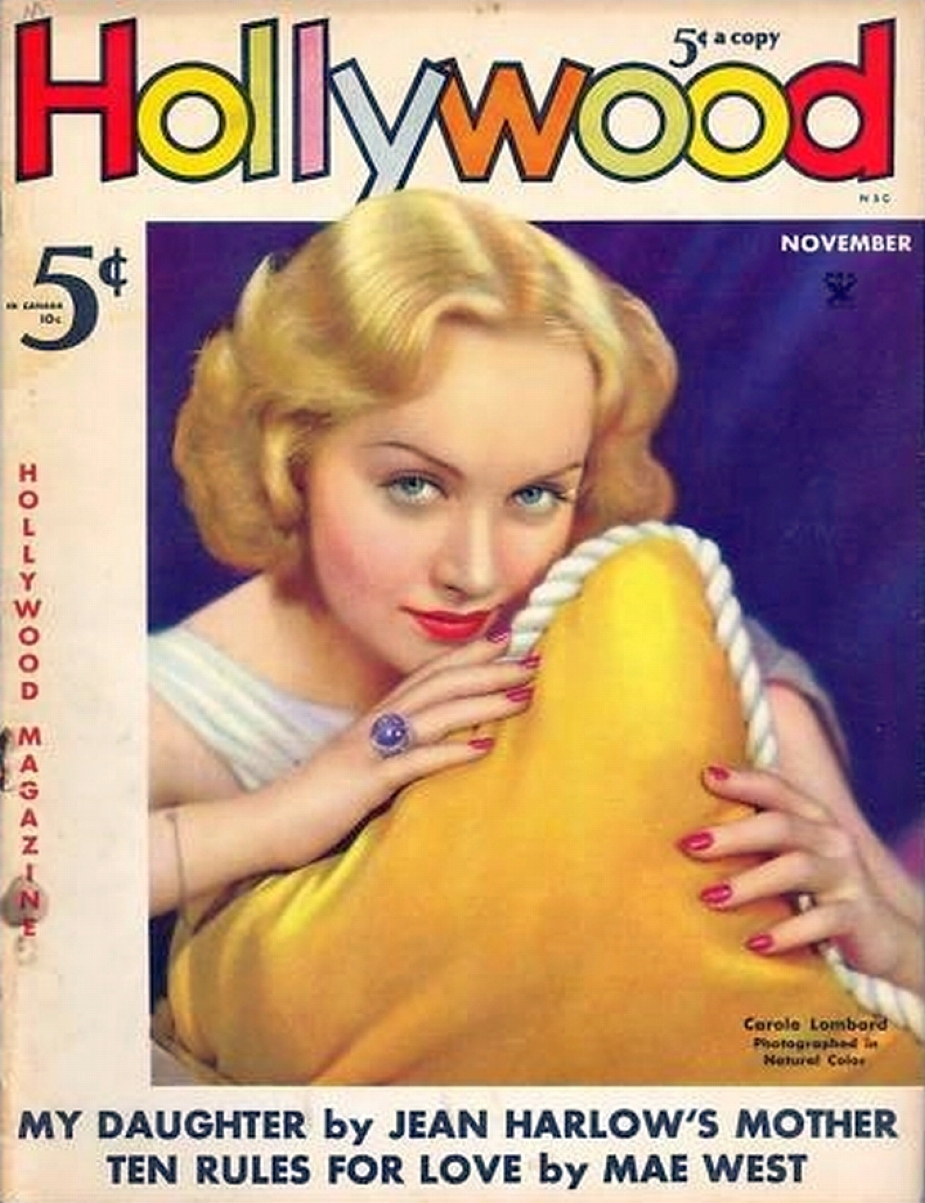 Why are we cheering? Because Hollywood magazine is the latest classic-era fan magazine to be placed online -- virtually every issue from 1934 to 1943 now is available (http://mediahistoryproject.org/fanmagazines/). For Carole Lombard fans, this means access to more stories about her and interviews of her; even if she isn't quoted verbatim (her long sentences encourage skepticism in 2013 eyes), those lengthy quotes do provide Carole's view at the time, not just on her own life, but of women's in general...and by 1930s standards, she and many of her fellow actresses were definite feminists.

Another benefit from having Hollywood digitized is that it answers some story questions left hanging. The cover above is from the November 1935 issue; inside was an article in which Lombard discussed "a woman's dangerous age." Some time ago, we printed the first page, with Carole looking mighty dangerous in a swimsuit -- now we have the article in its entirety: 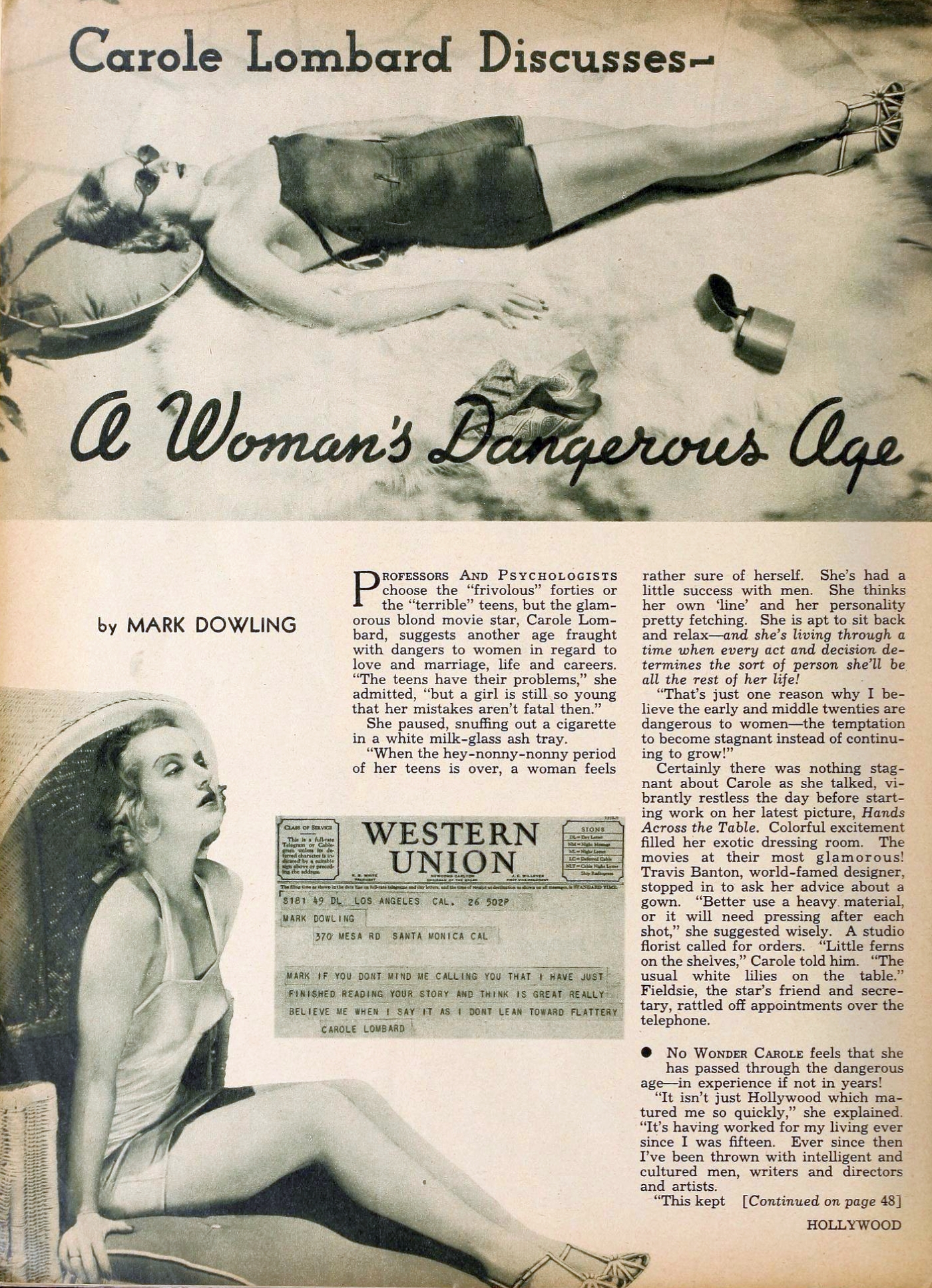 A week ago, we noted the auction of a copy of the September 1934 issue of Hollywood where Carole gave the lowdown on life as a divorcee; at the time, we only had the first two pages, but now we have the thrilling (or not-so-thrilling) conclusion. Here are all three pages from the online archive: 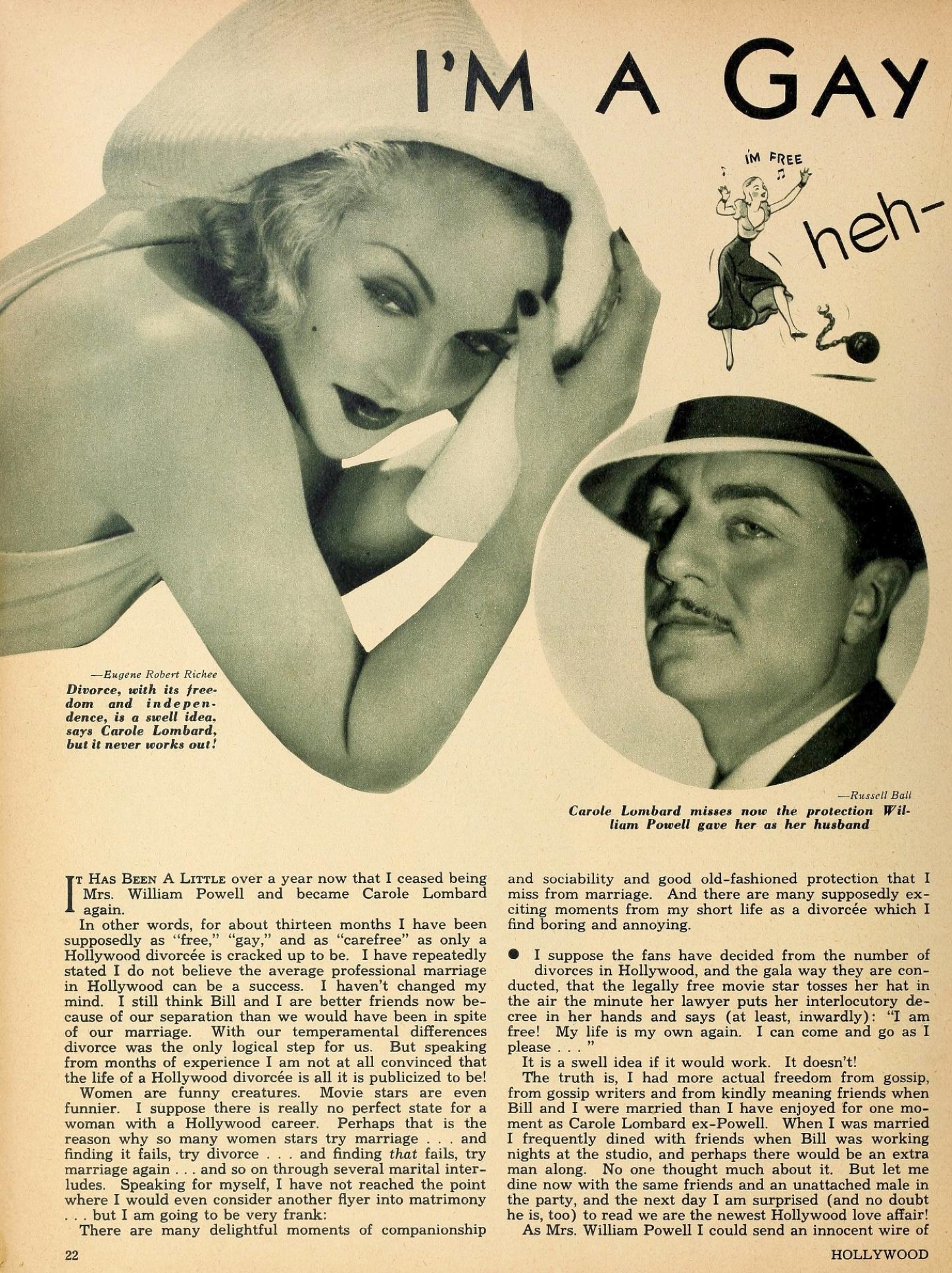 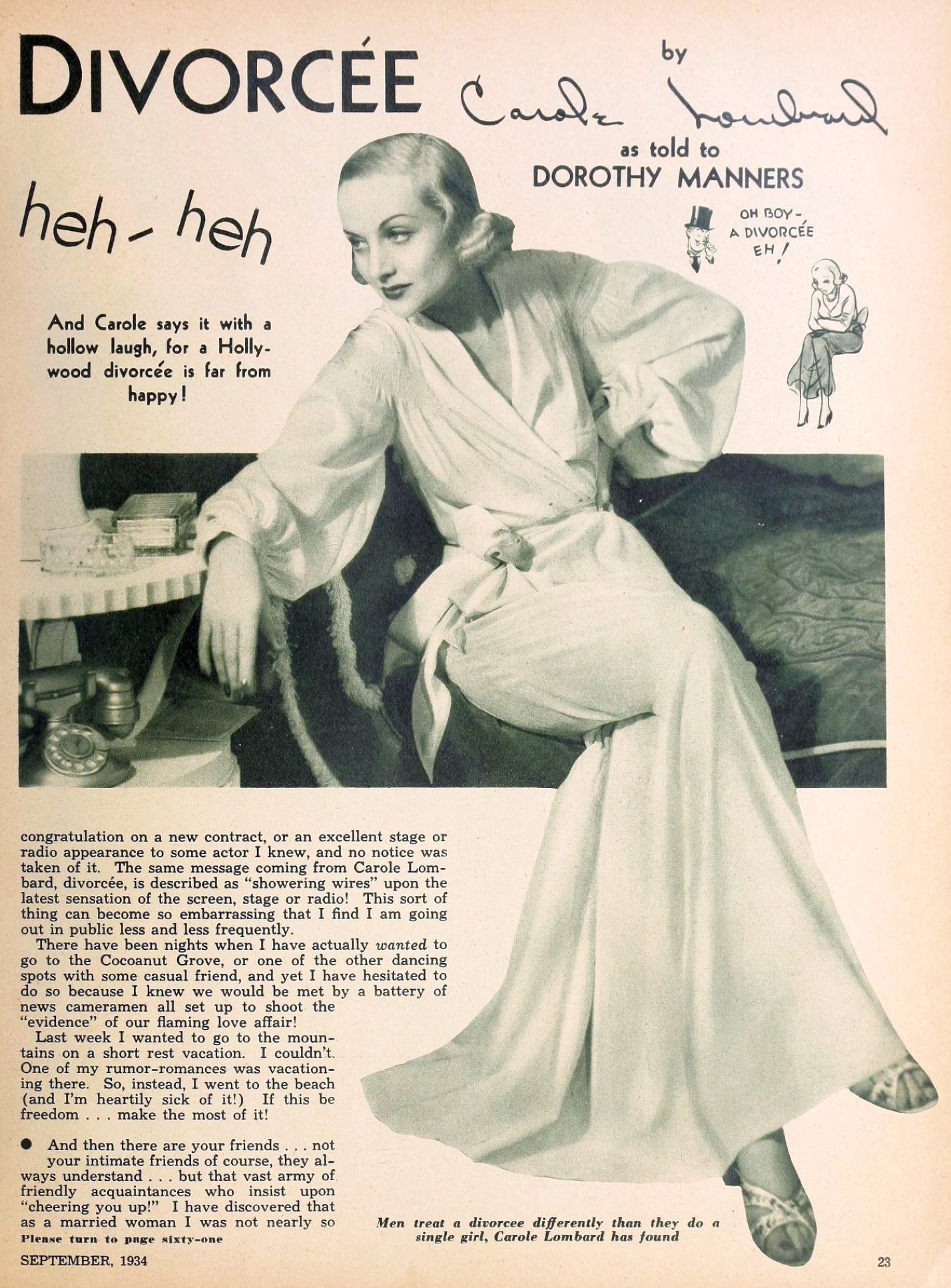 Finally, here's a bonus from the August 1934 issue, as Lombard reviews lessons learned from trying to find her proper "look":

We'll have more Lombard goodies from Hollywood in the near future.
Collapse