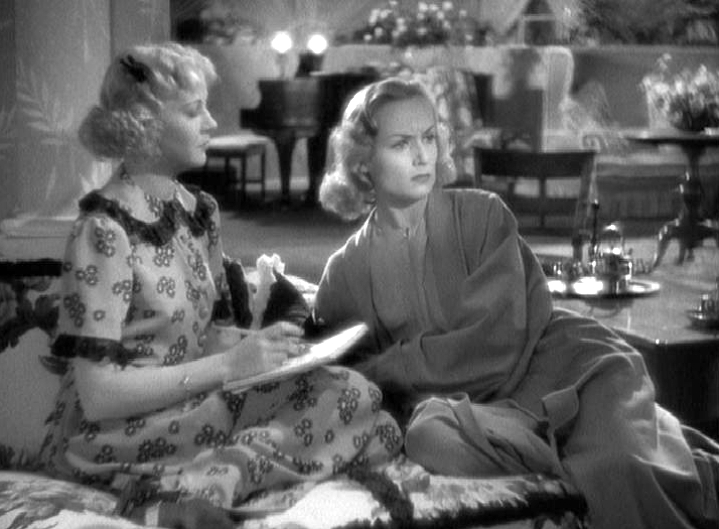 A trio of what, you say? Well, think of a souvenir program or herald distributed at movie theaters during the classic era in conjunction with a film being shown, such as "True Confession" (in which Carole Lombard is shown above with Una Merkel) or two of Carole's other movies making the rounds in early 1938. In addition to listings, there are also two pages of assorted movie news.

That's the apparent definition of a "newsette" -- and three of them now are available via eBay. All are from the RKO Park theater in Rockaway Park in southeastern Queens, N.Y. First, the "newsette" for "True Confession," which played the Park in early February: 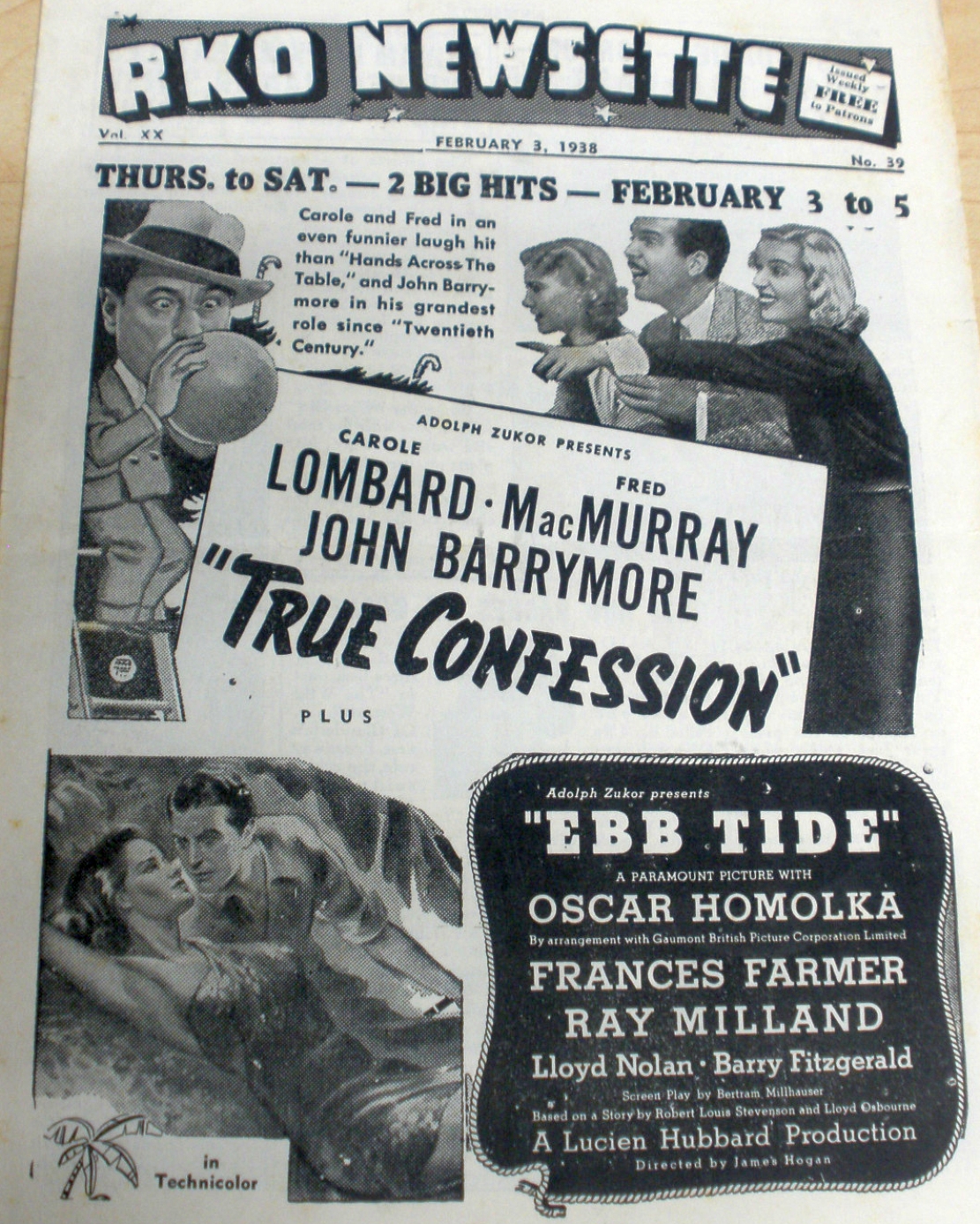 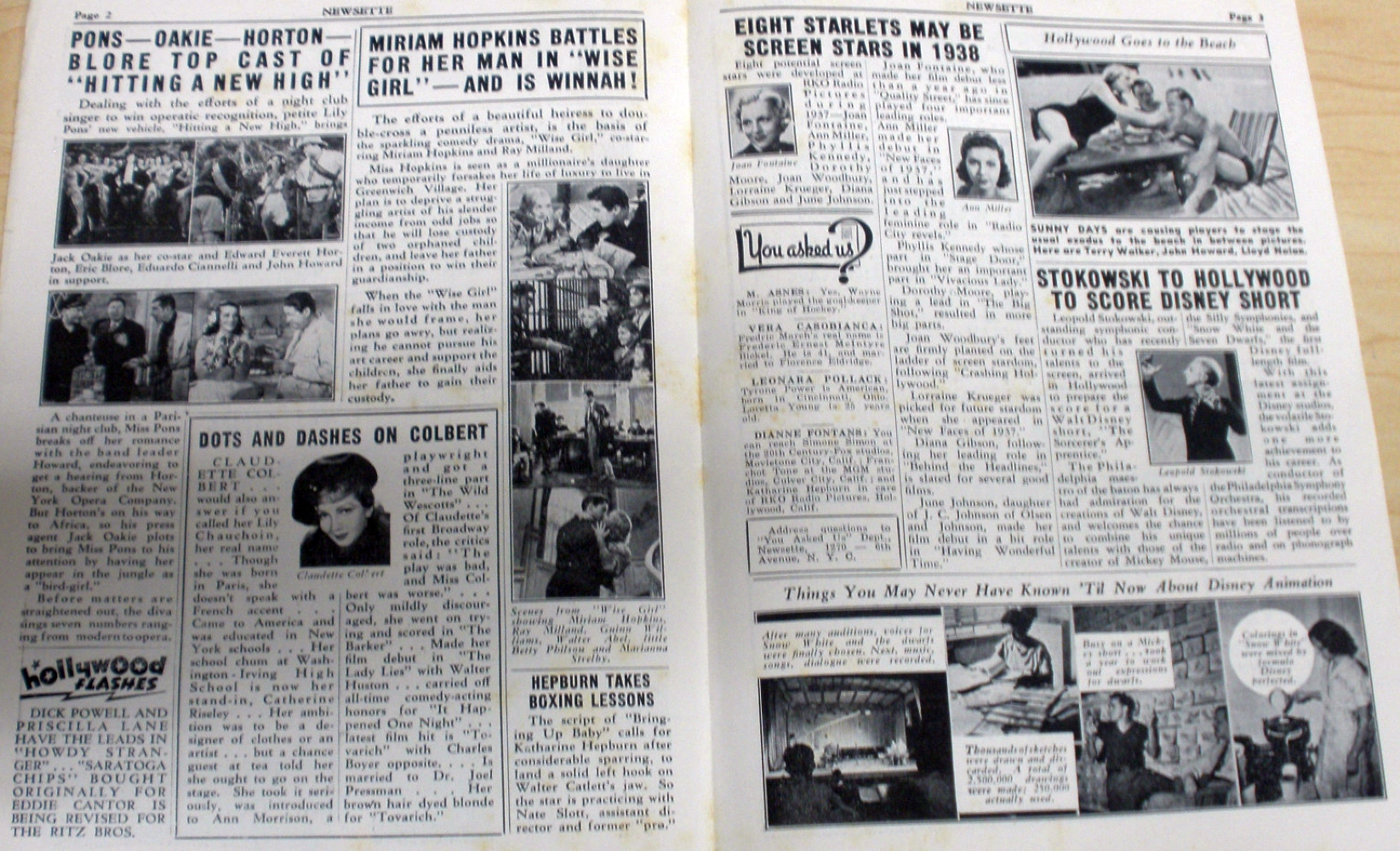 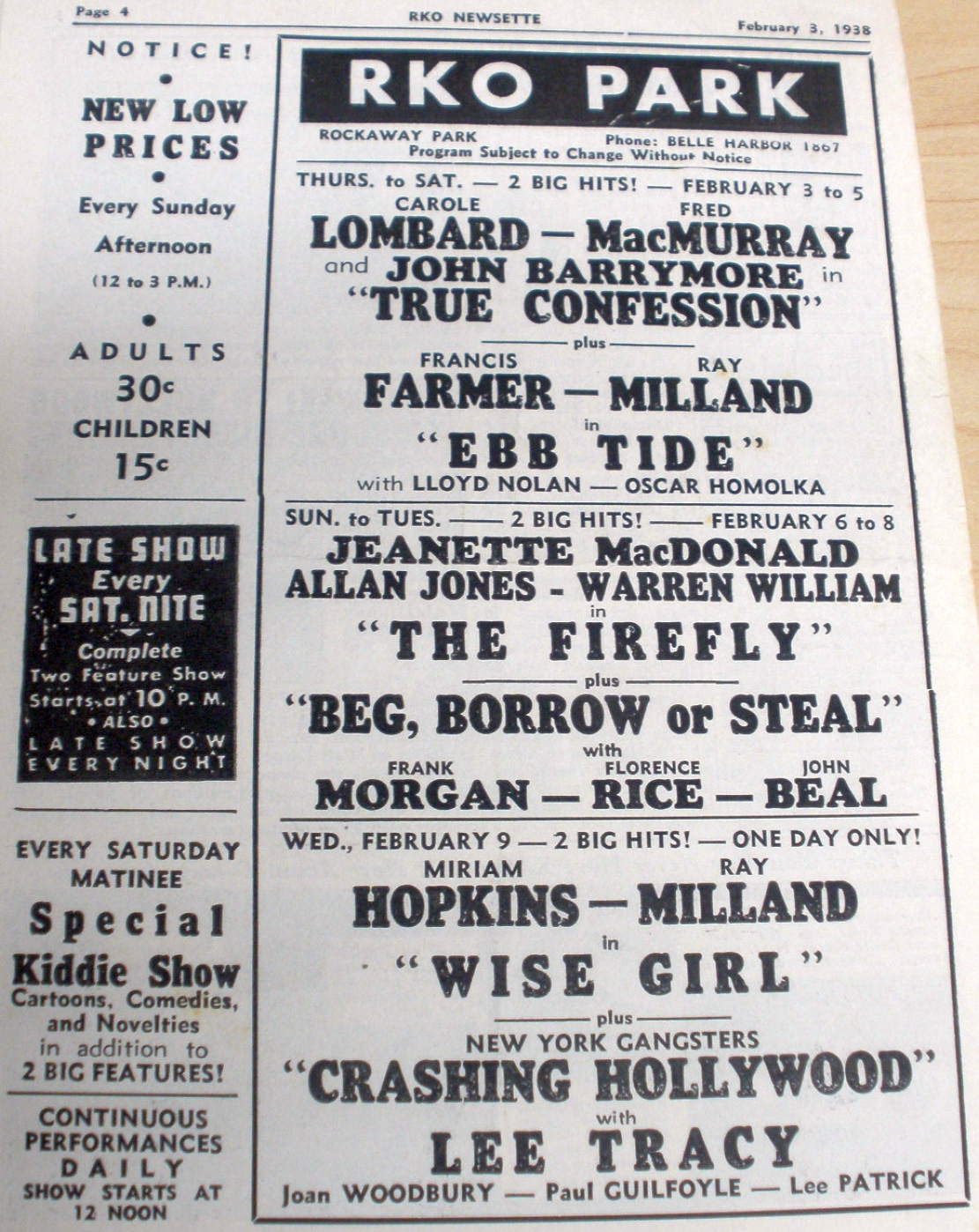 Later that month, the Technicolor comedy "Nothing Sacred" stopped for a few days: 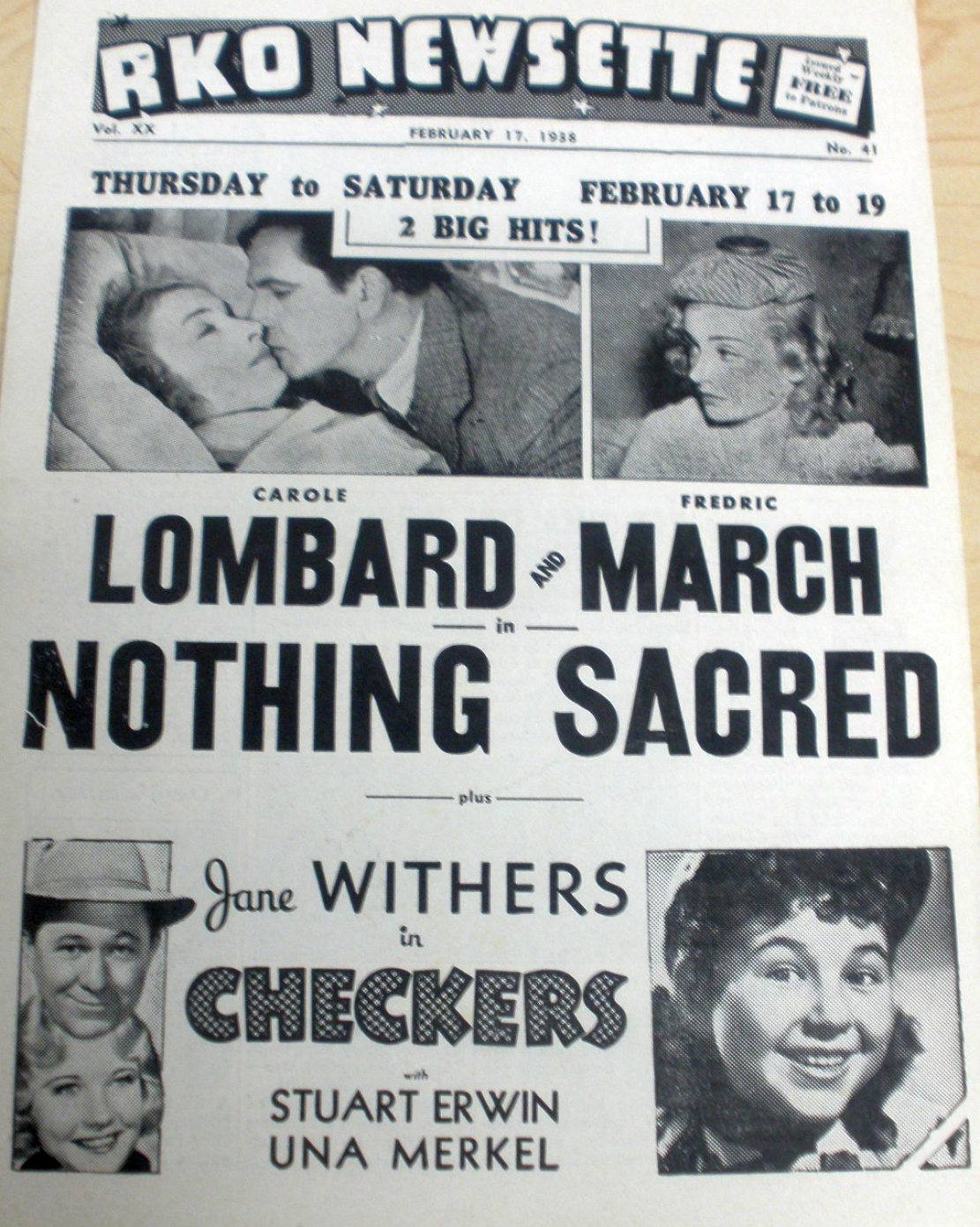 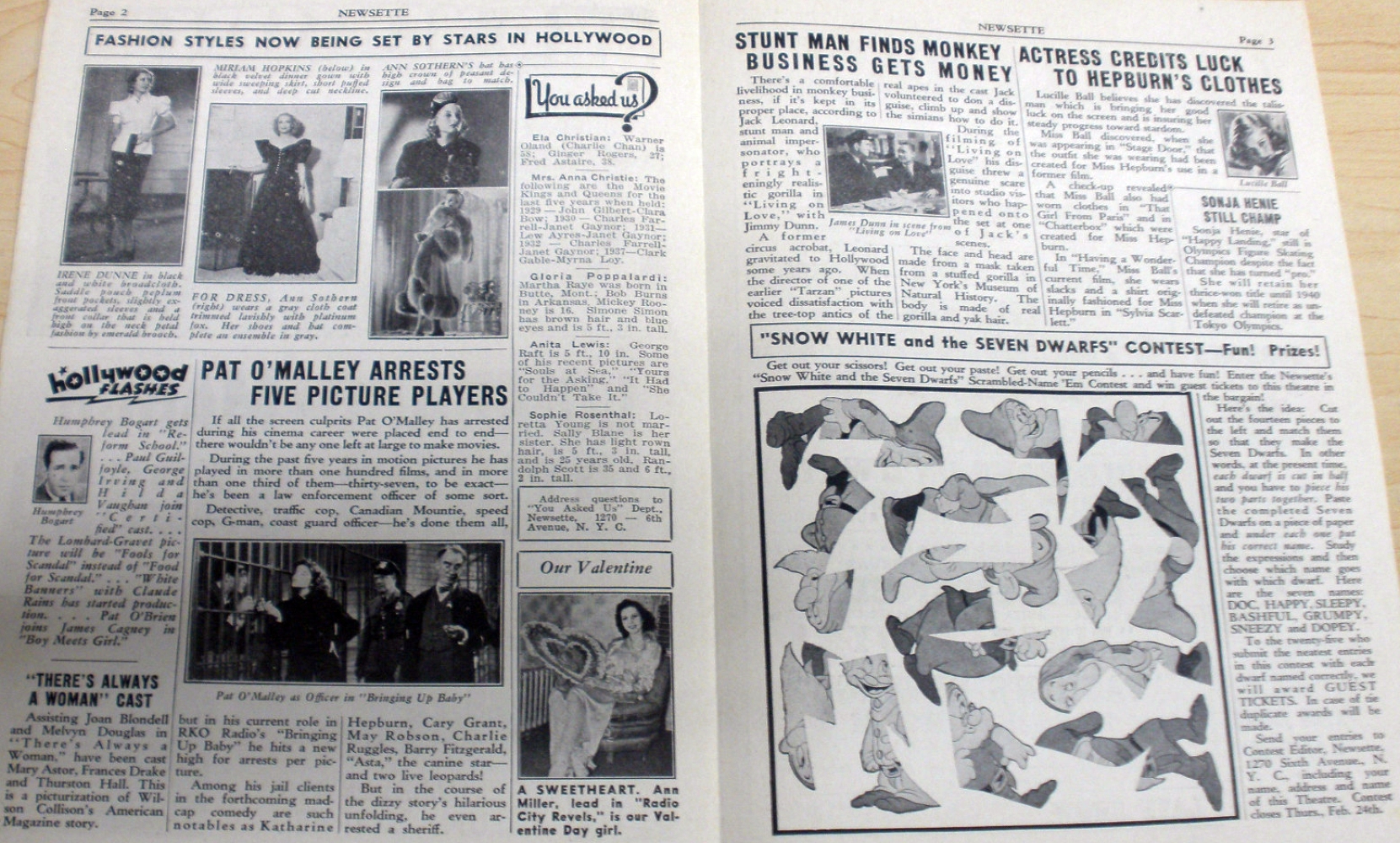 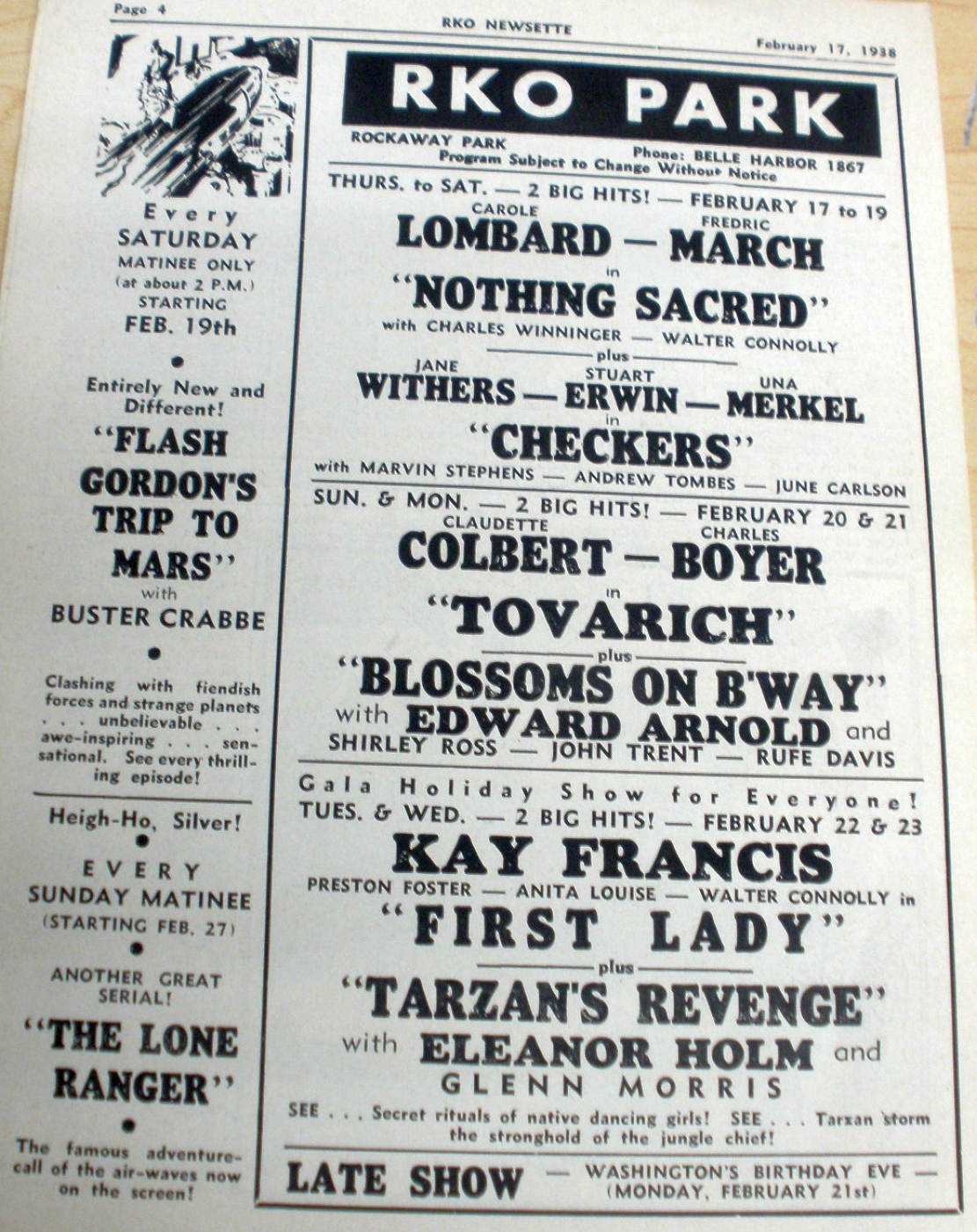 Carole was riding high, but in April the Park hosted the lackluster "Fools For Scandal" and she was knocked down a peg: 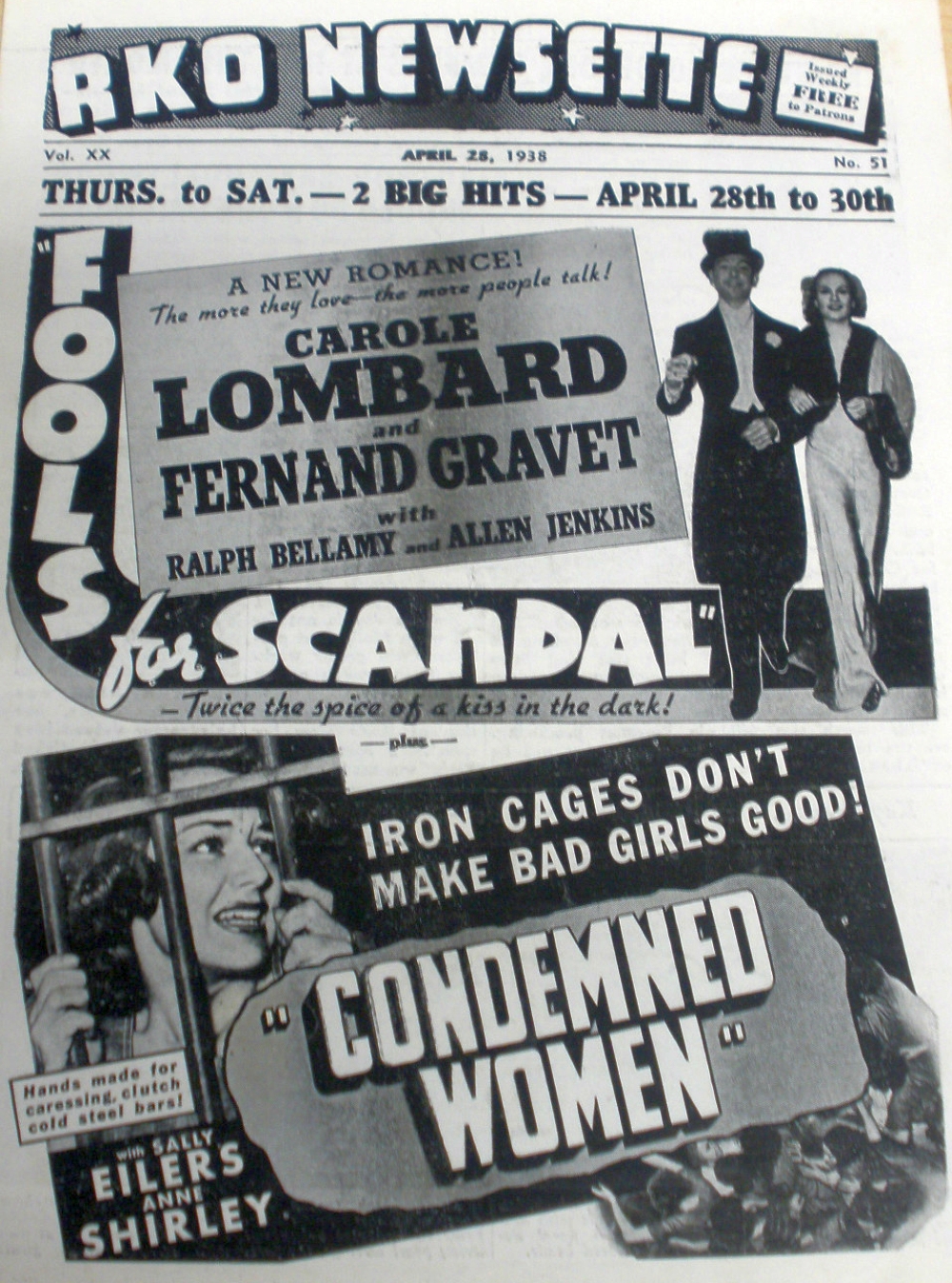 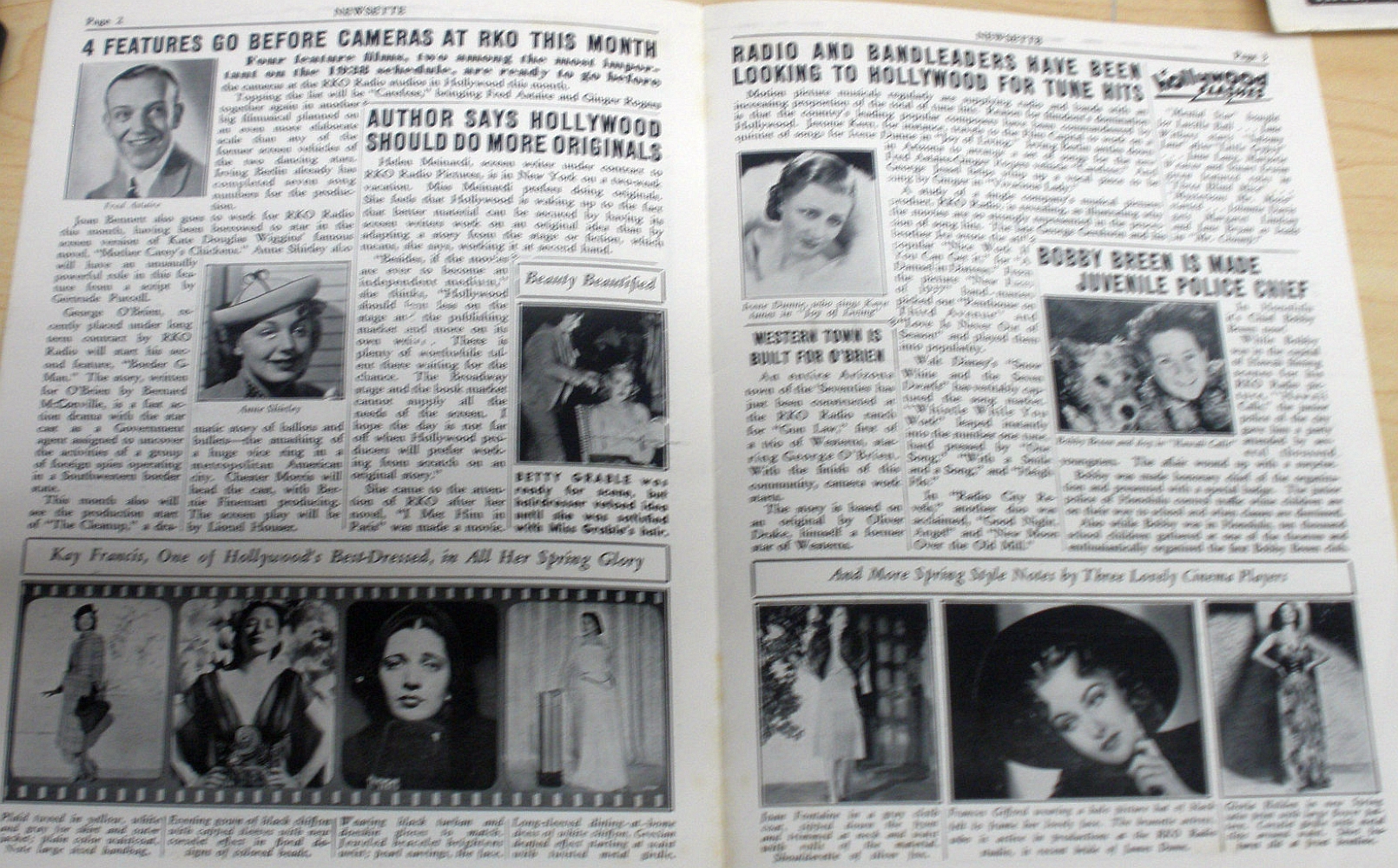 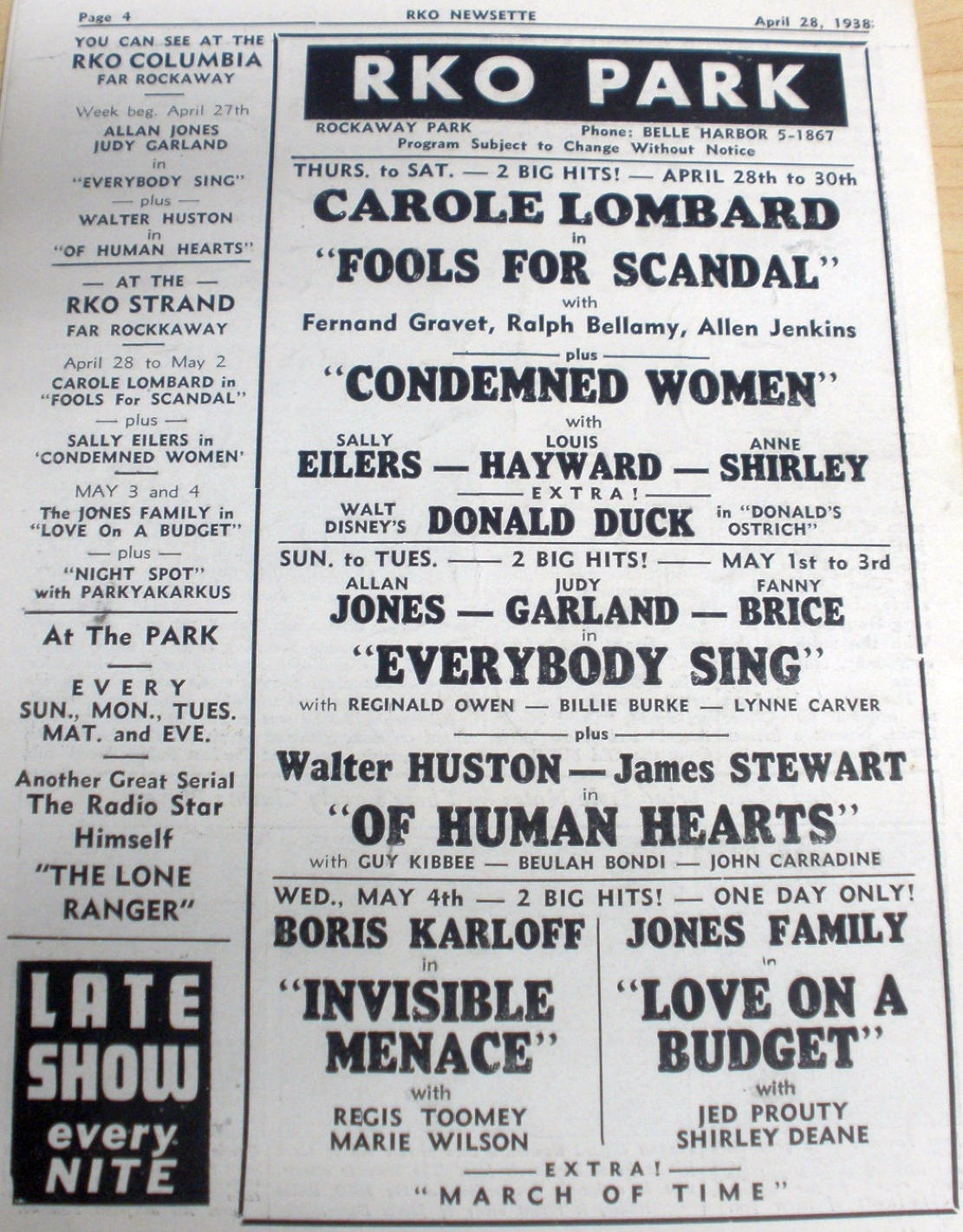 Note that while the theater was part of the RKO chain, none of the Lombard films shown were from that studio.