Heritage Auctions has two pairs of Carole Lombard photos available, both from Paramount...but one of those pairs doesn't look as if it came from there. After all, Lombard never made any silents for that studio. 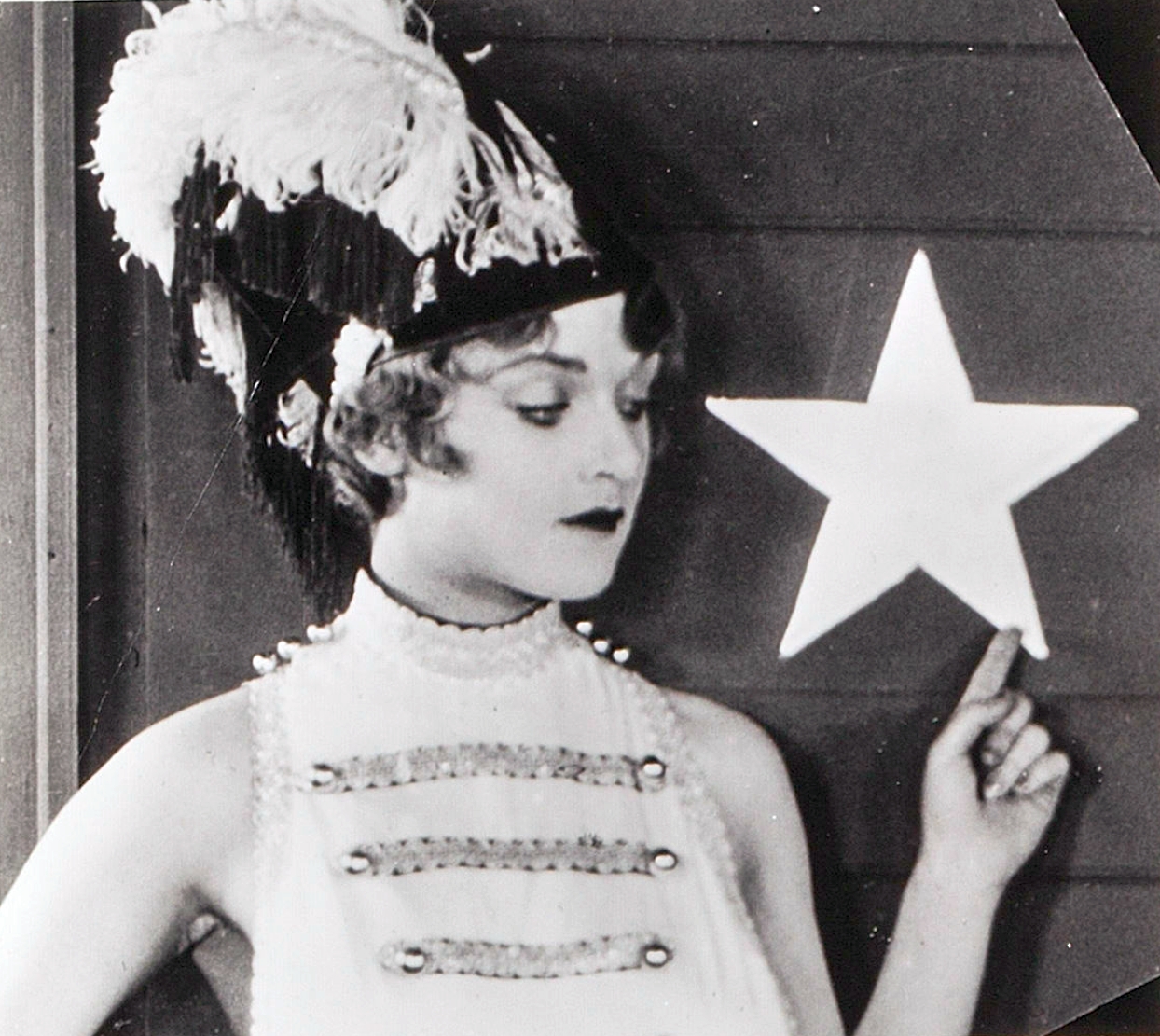 Not convinced those photos, which definitely look to be from the silent era (though it's difficult to discern whether they're from Fox, Mack Sennett or even Pathe), were distributed by Paramount? We'll furnish proof: 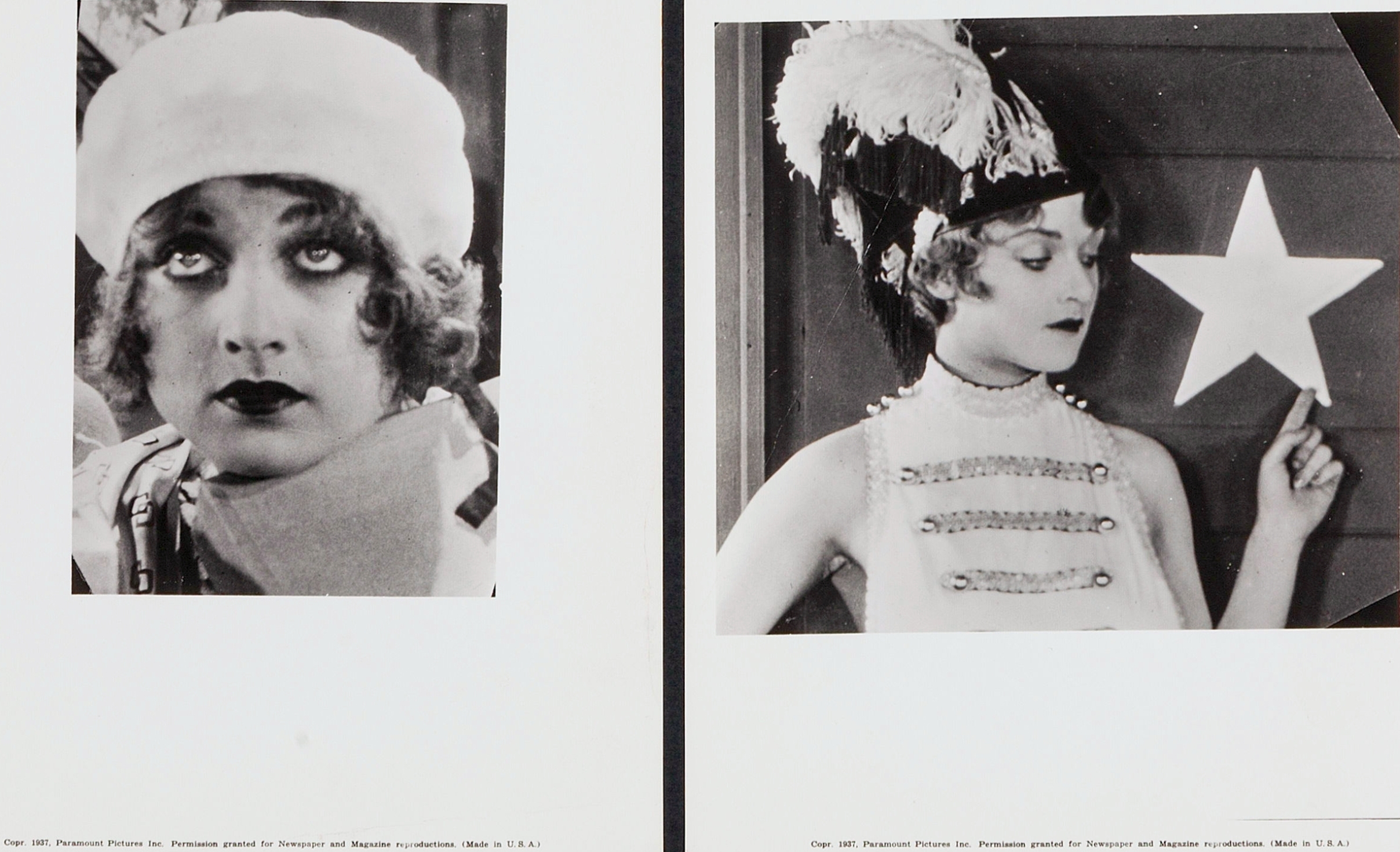 Both pictures have a 1937 copyright.

The question then shifts to why did Paramount issue these images? It's possibly some sort of response to a May 1937 photospread of Lombard and Clark Gable in Look magazine that featured several racy portraits of Carole in the late 1920s (http://carole-and-co.livejournal.com/93954.html), although the pics above are considerably more demure. Beyond that, we're in the dark -- but more than three-quarters of a century later, Lombard fans thank Paramount for making them available.

The other pair of pics are from Carole's 1933 potboiler, "White Woman." One of them, from Eugene Robert Richee, is fairly common to collectors: 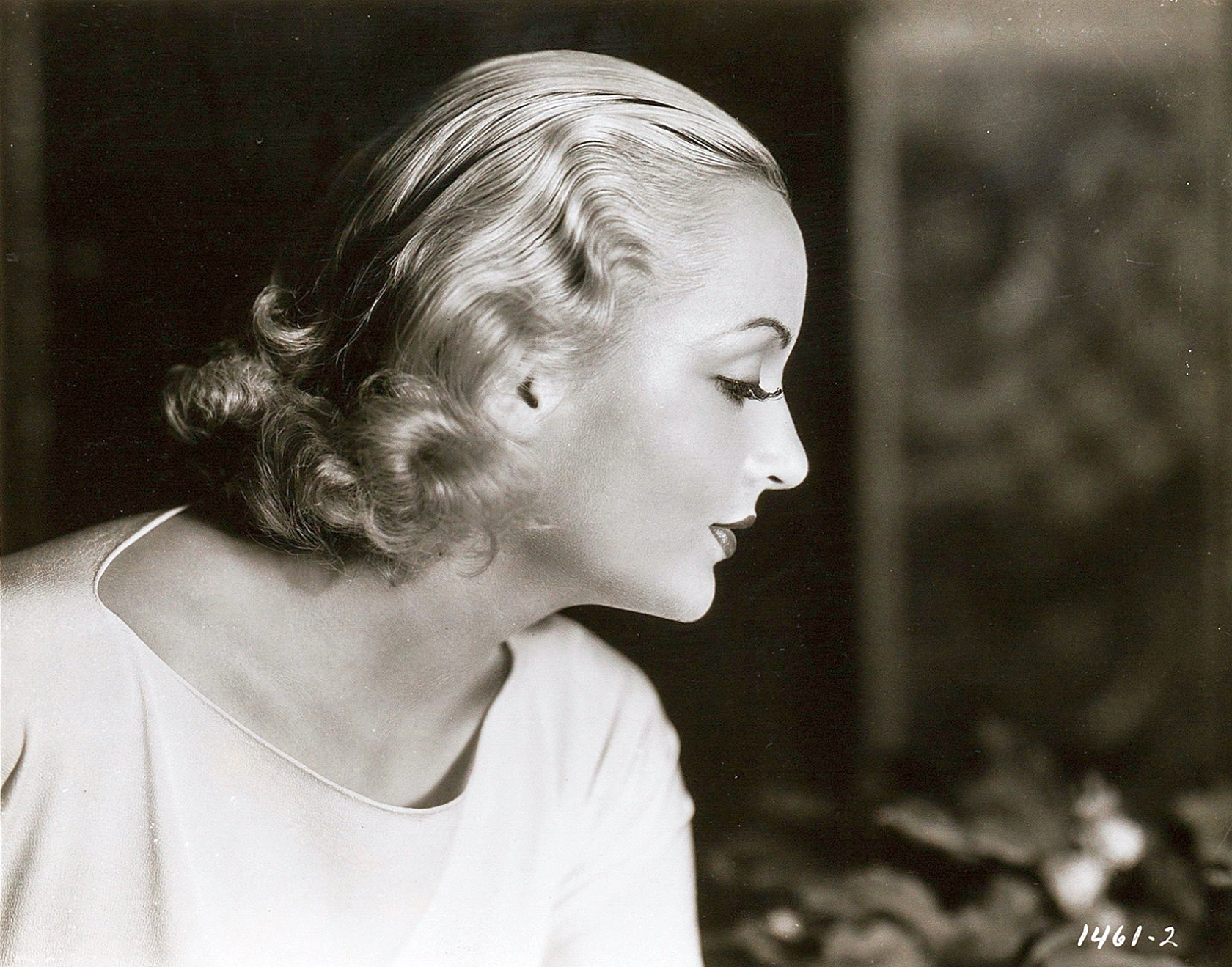 Not so the other one, featuring her character in a small boat, escaping the steamy Malayan jungle: 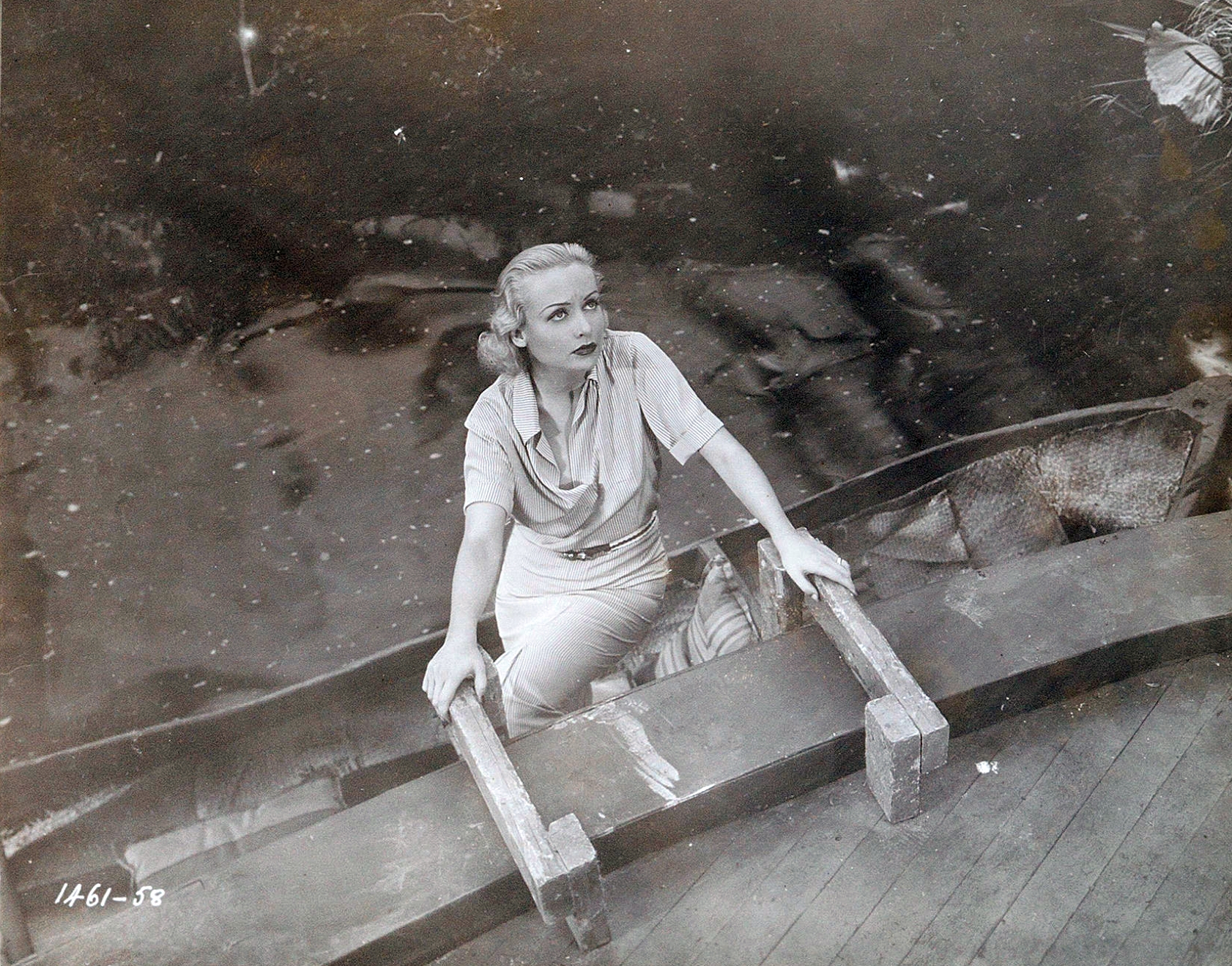 The silent era pics are single-weight glossy, in fine+ condition; the "White Woman" images are double-weight and satin finish, in fine/very fine condition. Both pairs are unrestored.

Bidding on each set ends at 11 p.m. (Eastern) on Sunday. Heritage's bidding process is different than eBay's, so anyone interested in bidding should become familiar with this firm's procedure. The Paramount silent set is at http://movieposters.ha.com/c/item.zx?saleNo=161318&lotNo=50069; the two from "White Woman" are at http://movieposters.ha.com/c/item.zx?saleNo=161318&lotNo=50526.
Collapse