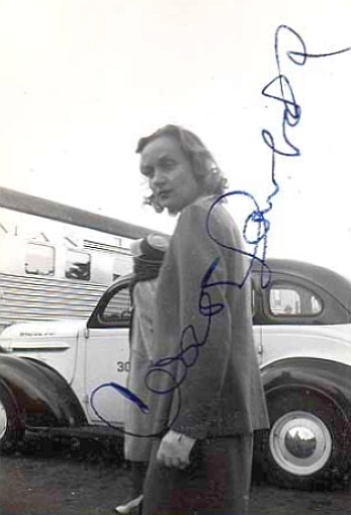 Even when Carole Lombard wasn't in the best of moods, as she clearly isn't in this image from May 1938, she generally was cooperative where signing autographs was concerned. It went with the territory of being a celebrity, and it probably remained a thrill to Carole that someone would actually want her signature for the signature's sake, not for endorsing a check or paying a bill.

We bring this up because Lombard is among an array of notables who can be found in an autograph book being auctioned at eBay: 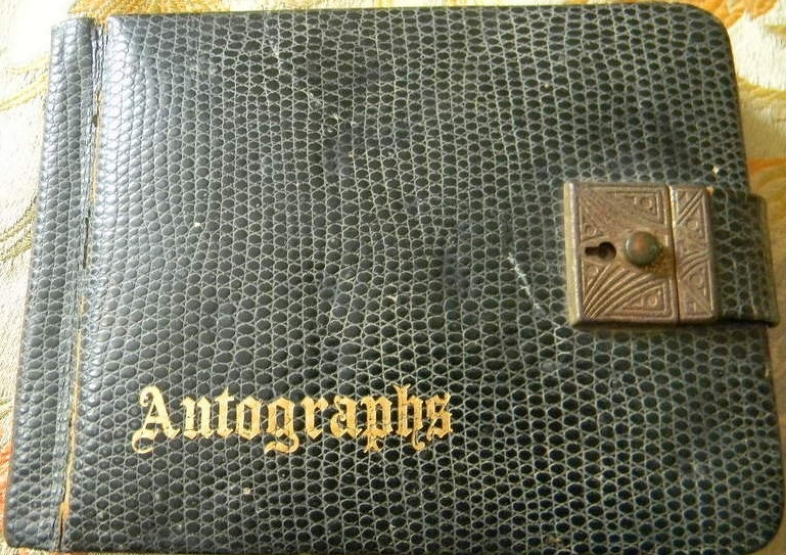 She's in pretty good company, too, as other signees include one of her co-stars, acting and music legends, and the man who probably was the number-one hero of the 1920s. But let's start with Lombard's signature: 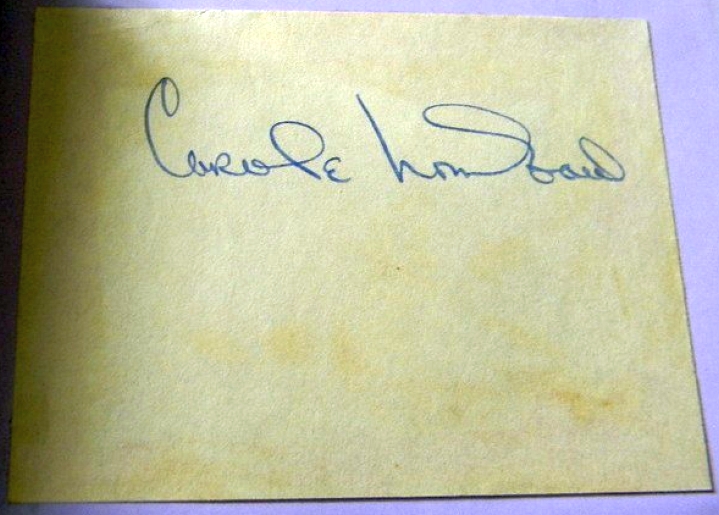 Looks authentic to me. Alas, we have no idea when and where she signed it; perhaps Carole Sampeck of The Lombard Archive can do some tea-leaf reading for clues (at least as to when).

Now to that hero I mentioned, someone whose autograph the Lombard of the late 1920s would have desired: 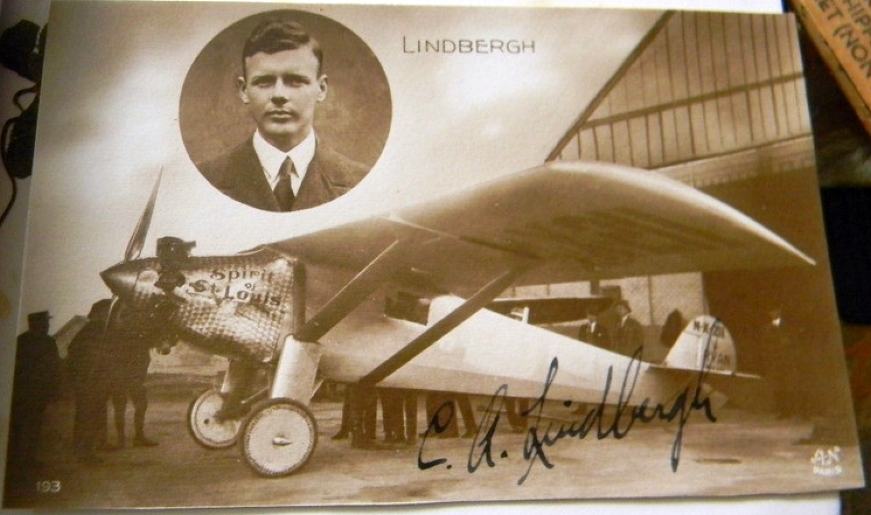 Yep, that's Charles Lindbergh, the aviation pioneer whose solo transatlantic flight in May 1927 brought him worldwide acclaim. The owner of the book, whose father was a naval rear admiral, attended Lindy's take-off from Floyd Bennett Field in New York. (Note: My late father, about 3 1/2 at the time, was taken by my grandfather, a Brooklyn newspaperman, to Floyd Bennett the day before, but inclement weather pushed back the take-off.)

The co-star? None other than Gary Cooper: 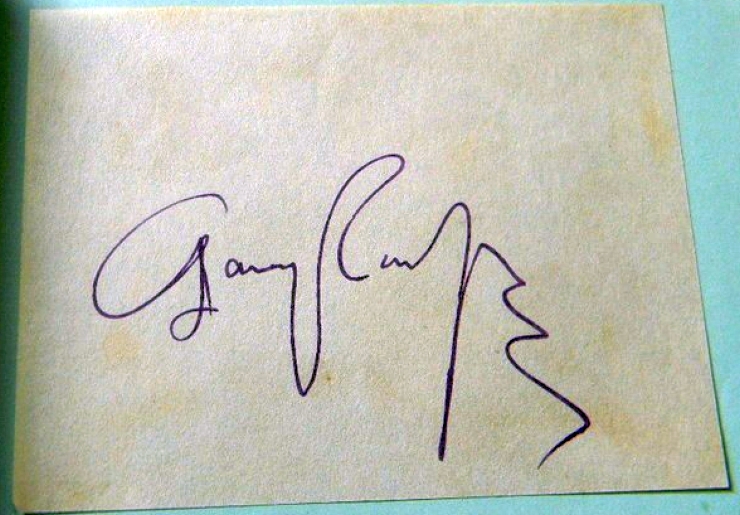 Another leading man who signed was Franchot Tone: 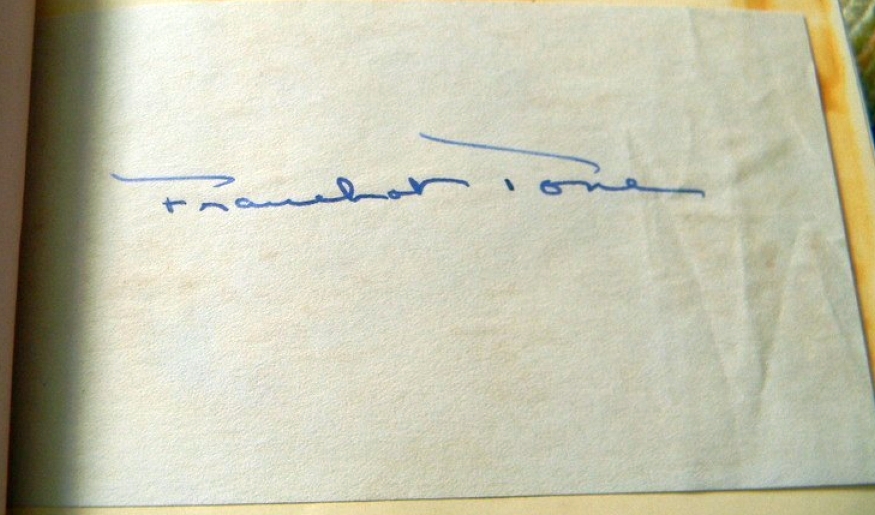 Cornelia Otis Skinner was a respected author and actress: 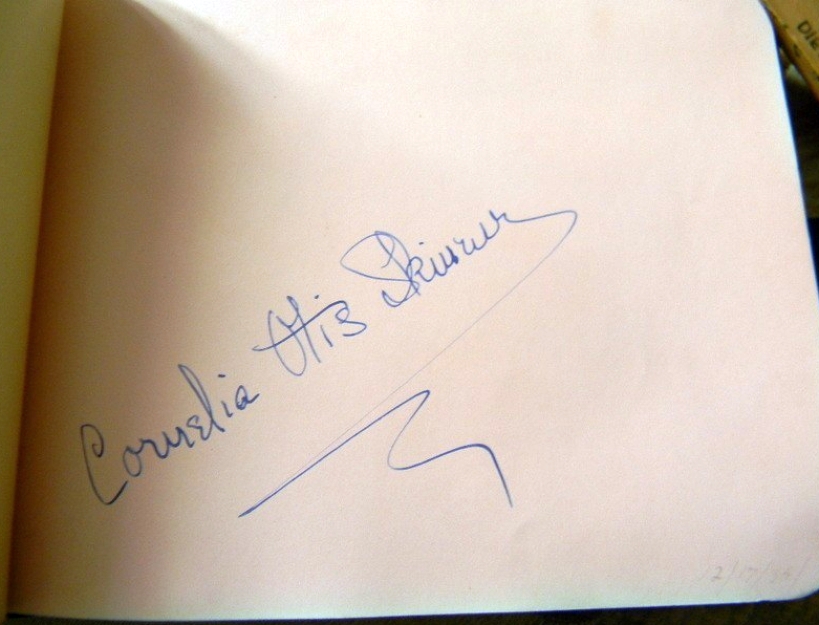 Carole may have caught this star in concert -- the king of heigh-de-ho, Cab Calloway: 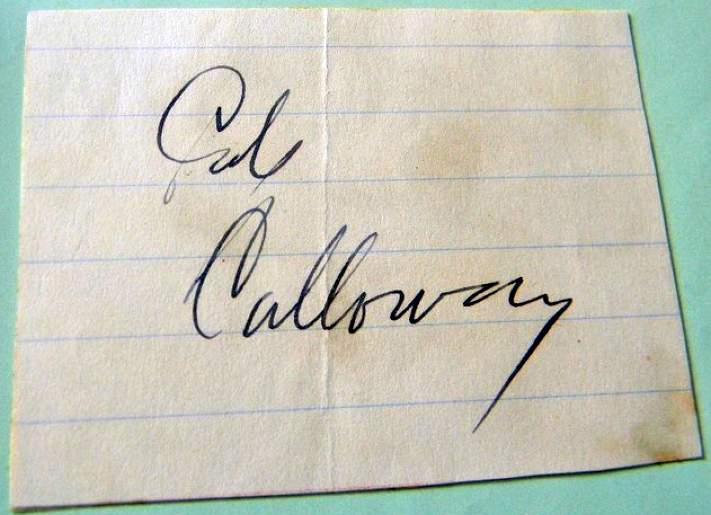 And operatic singer-actress Gladys Swarthout signed this in conjunction with a performance she gave in Providence, R.I.: 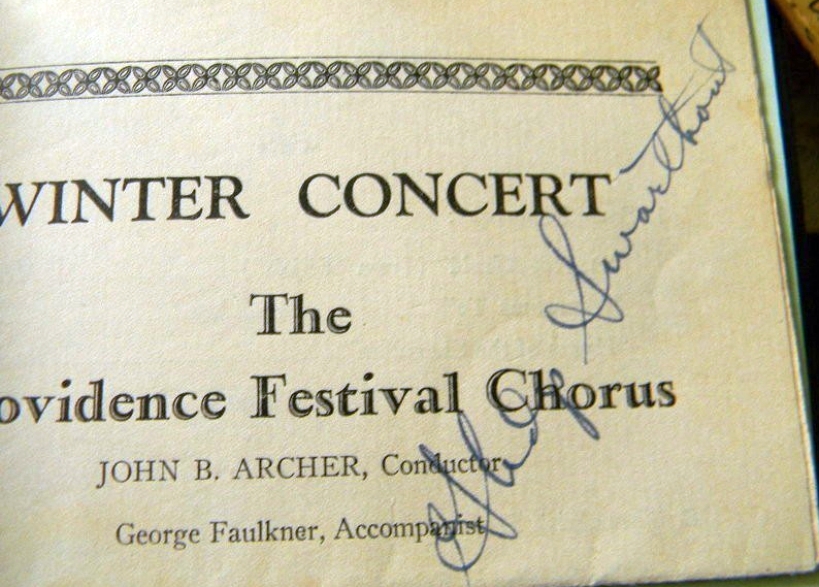 Among others who signed: Nelson Eddy and Jeanette MacDonald and bandleader Don Redman.

The spotlight is on Lombard -- and her bare right shoulder -- in our latest LiveJournal header, Paramount p1202-69.
Collapse