The recent debate in Slate, the Huffington Post and elsewhere over a 1931 Photoplay article on who possessed the best figure in Hollywood (http://carole-and-co.livejournal.com/595236.html) is a reminder of how fluid public attitudes and tastes can be. Witness this Paramount portrait of Carole Lombard, p1202-1081, from 1934: 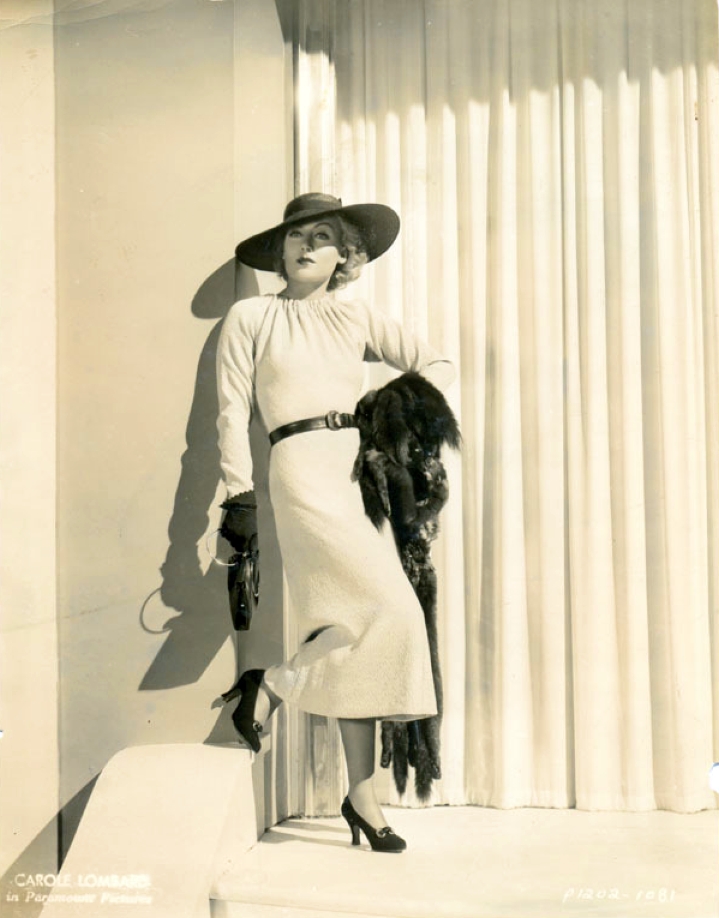 By '34 standards, that's a pretty chic outfit, yet another reason Lombard was considered among the best-dressed stars of her era. Now imagine a current Carole at that age (25 or 26, meaning she would have been born in 1987 or '88). Can you imagine her, chock full of 2013 sensibilities, wearing fur (assuming her modern self was as much an animal lover as the 1930s Lombard was)? Somehow I can't, either. Take the fur out of the photo and the portrait is still pretty glamorous, if a bit dated.