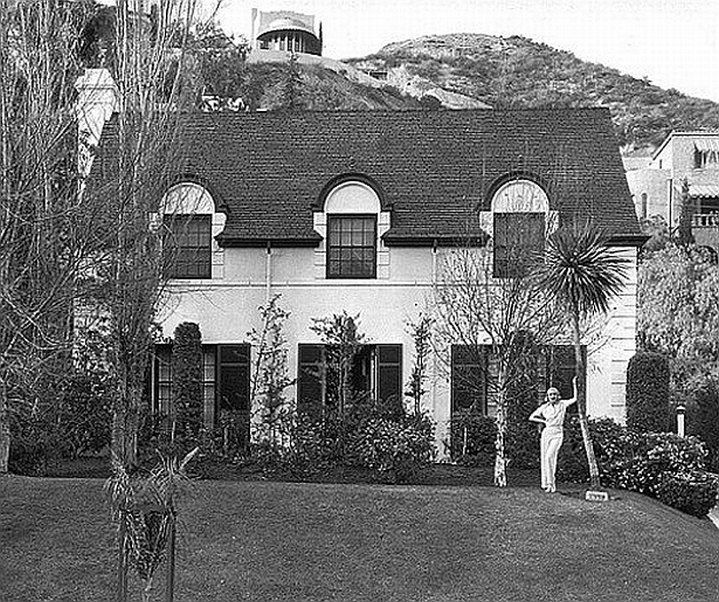 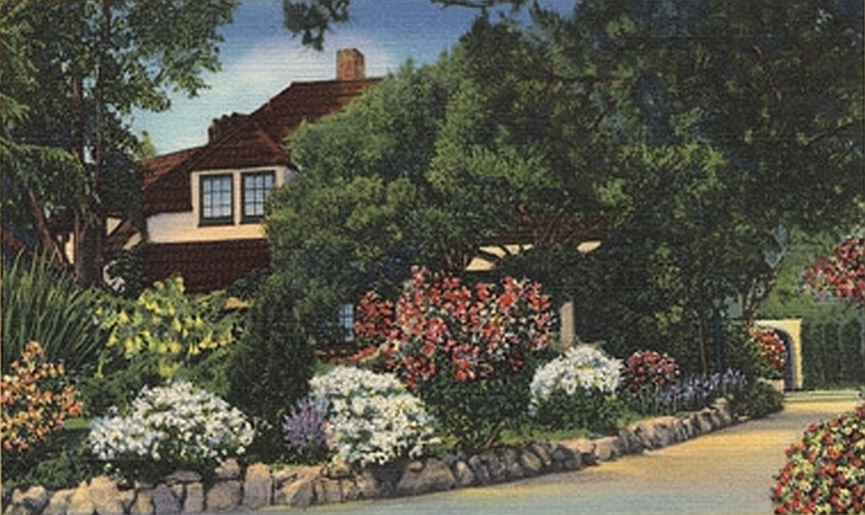 When 1937 began, it had been several months since Carole Lombard had occupied her famed house on Hollywood Boulevard, as she had found it just a little too open for her to carry on her public, yet discreet, relationship with Clark Gable. So she moved to a more secluded site in Bel-Air (bottom)...but while her new digs didn't have the renown of her earlier abode, it remained headquarters for Lombard's lively personality.

For proof, check out this article from the February 1937 issue of Motion Picture magazine: 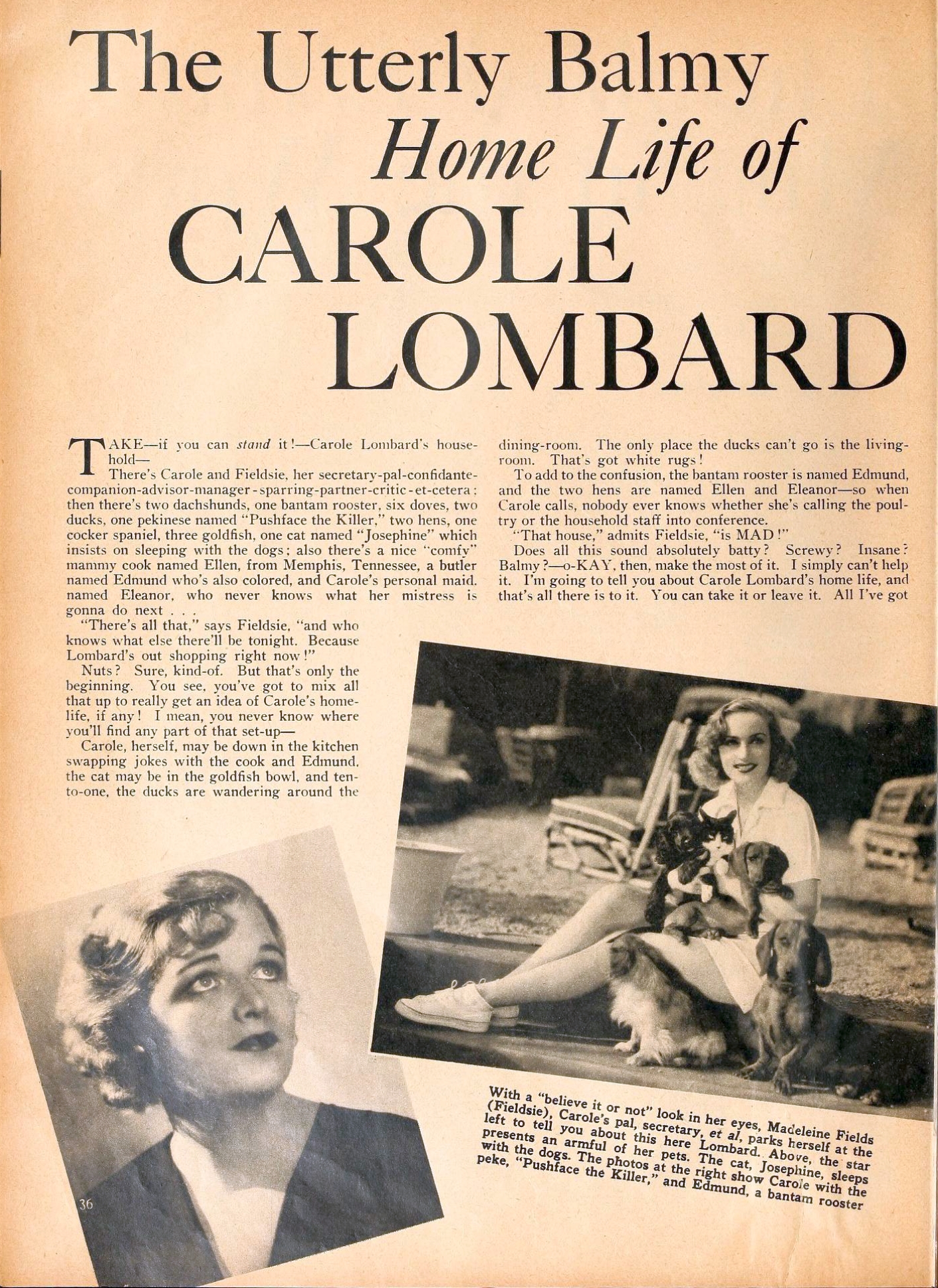 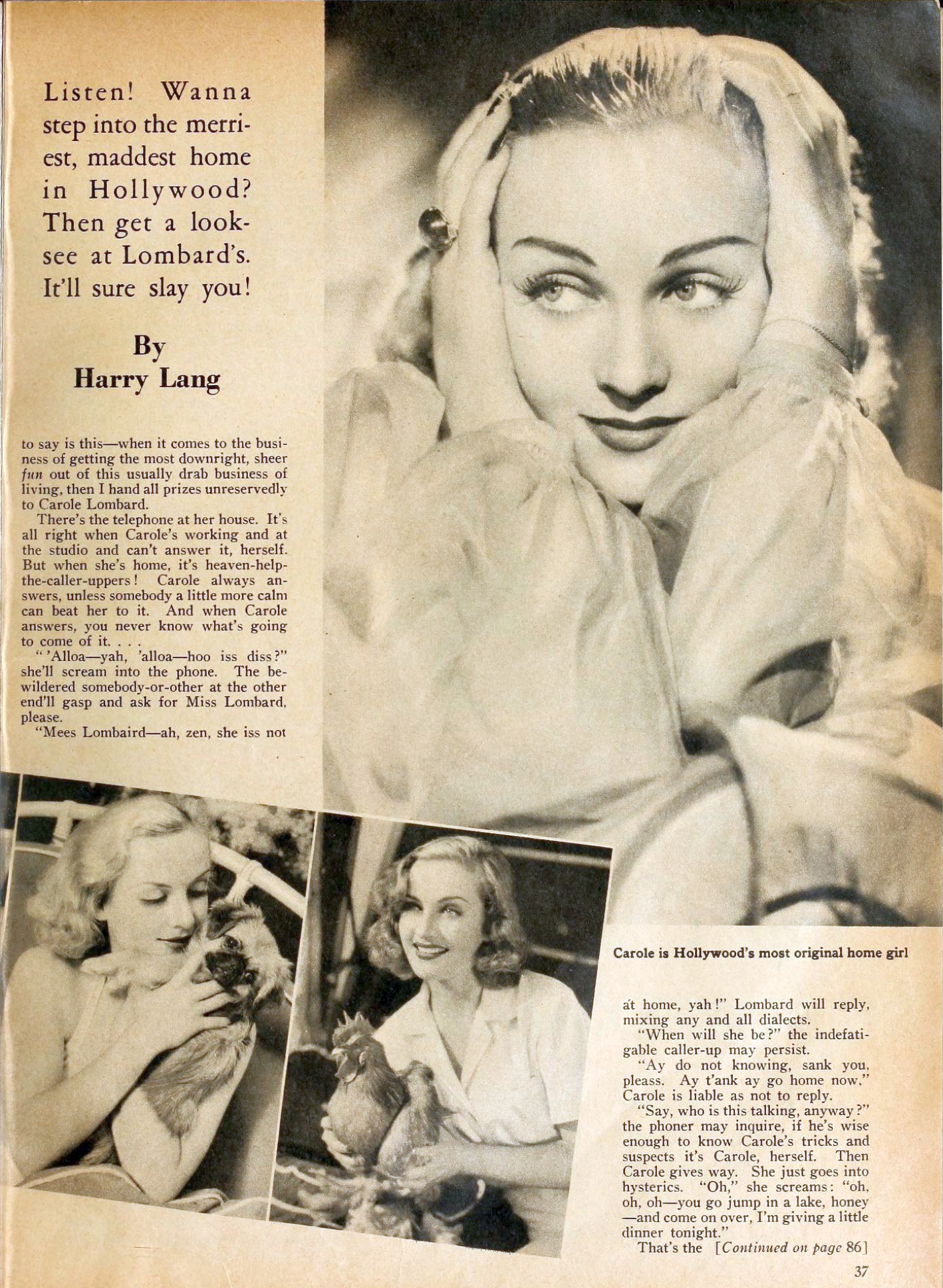 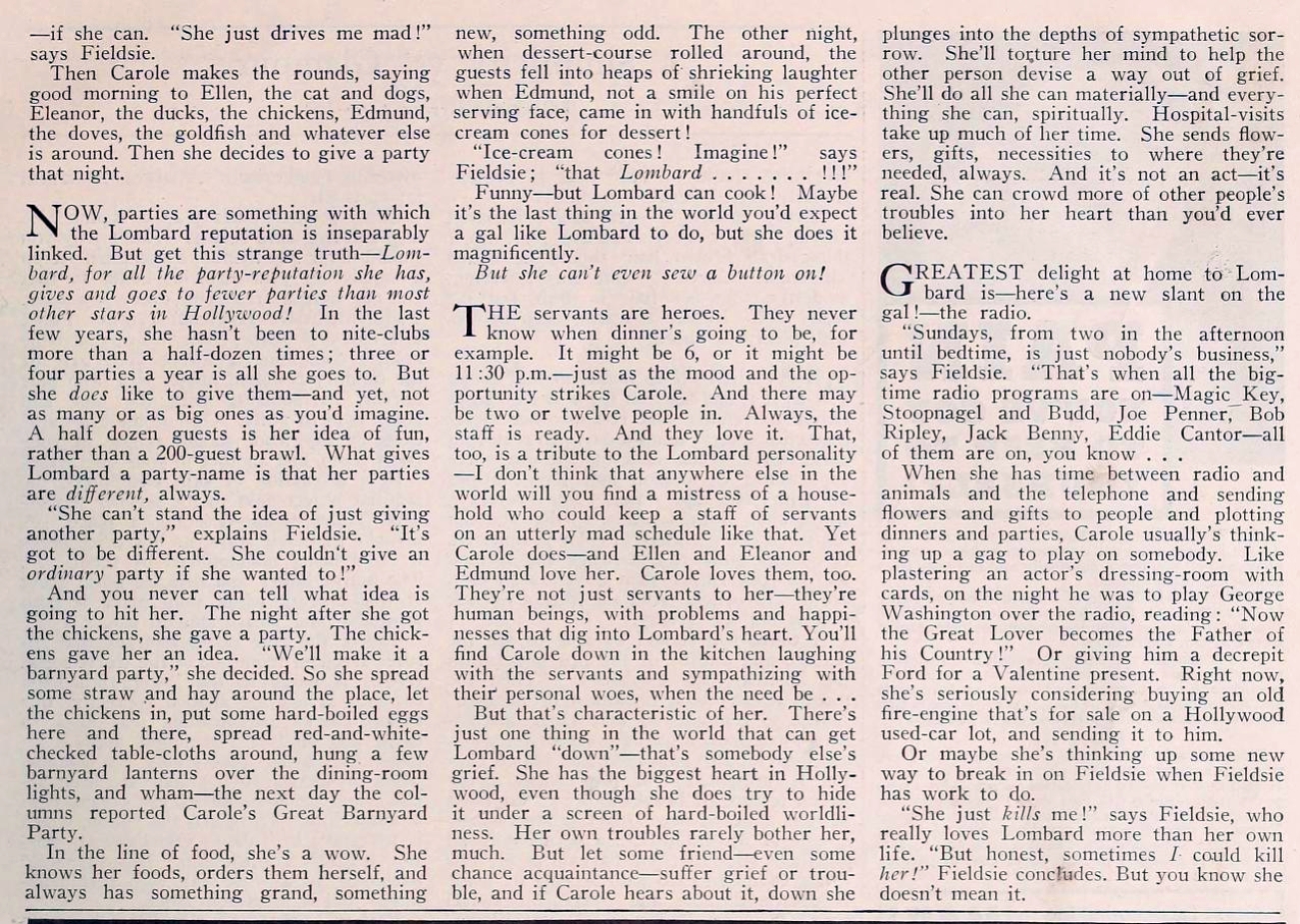 This tour of Carole's crazy home life, with old friend "Fieldsie" as the guide, makes for delightful reading -- especially the segment about her menagerie. Lombard was definitely an animal lover (heck, her cat Josephine even slept with the dogs).

The piece also discusses how Carole's party-giving habits had changed from throwing large parties to more informal ones, infused with her ever-active imagination. We also learn Lombard had become a big fan of radio, and that she loved to play gags (I think we can guess the recipient in the third-from-last paragraph).

All in all, a vivid portrait. Wish we'd been there.
Collapse