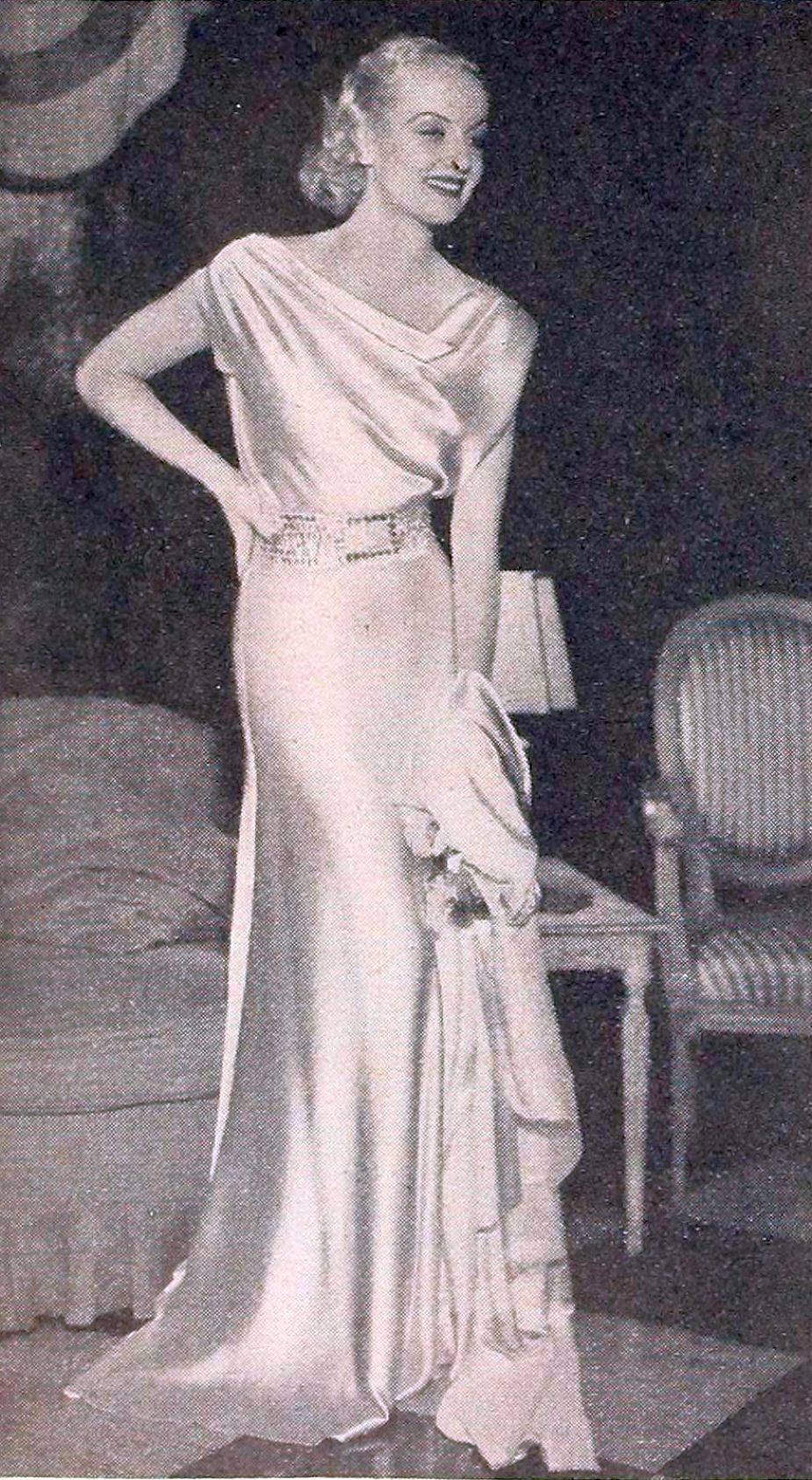 It should come as no surprise that the vast majority of movie fan magazine readers were female, fascinated with actresses such as Carole Lombard and curious regarding their glamour and beauty. A pair of articles from 1933 explore these topics.

First, a piece from the December issue of Motion Picture , where Lombard and other stars discuss their approaches to an attractive wardrobe in the days when they weren't making star-level money: 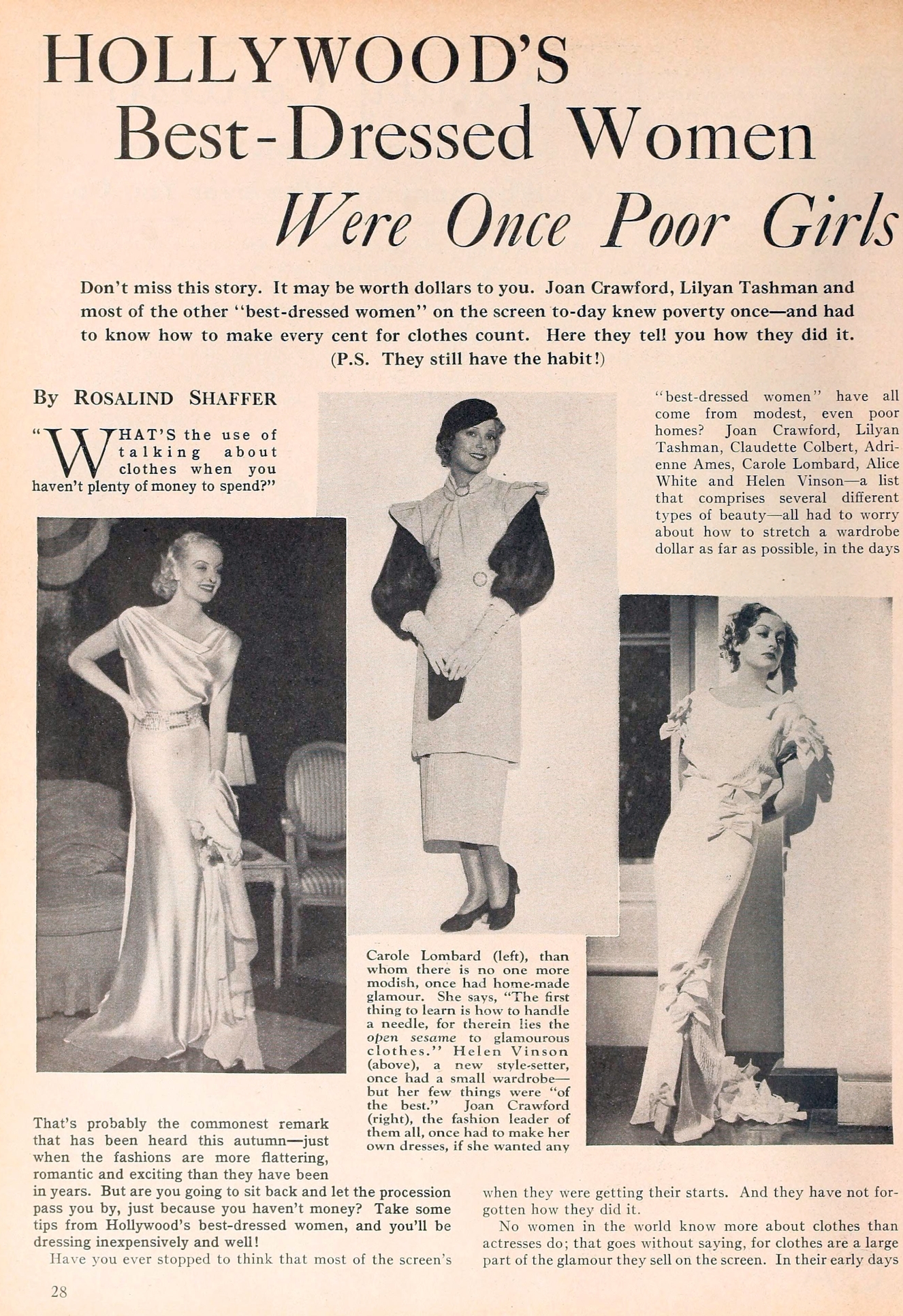 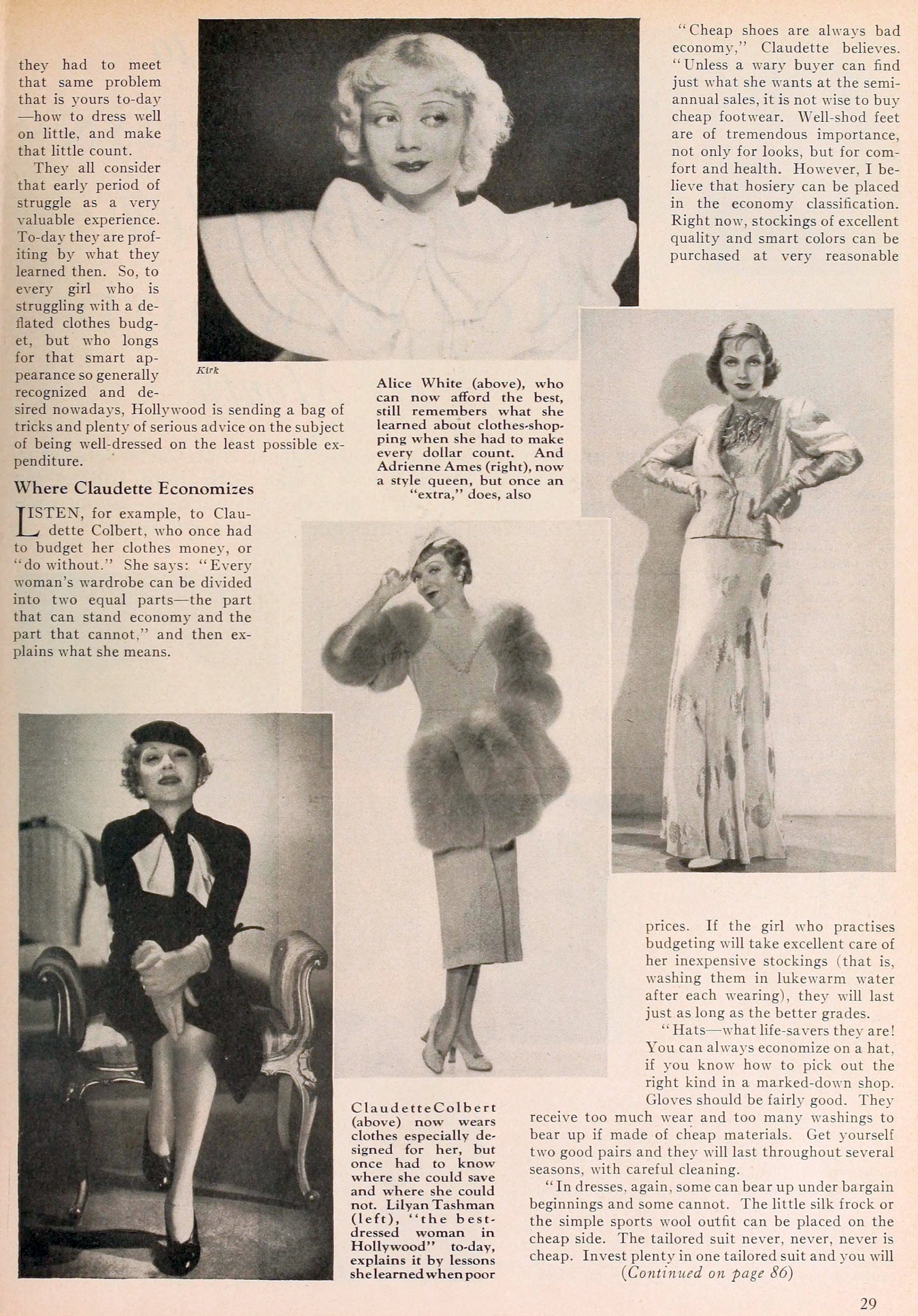 (No doubt some of you are saying Lombard's youth was closer to the landed gentry than a hardscrabble existence, but the Peters family was hardly spendthrift.)

Carole extols the virtues, and values, of sewing; she learned the art from a friend, then fashioned some frocks with the help of her mother. She added some of those white frocks were later dyed black, brown or navy.

Lombard isn't quoted in the other piece, a discussion of makeup -- for both glamour and cinematic effect -- in May's The New Movie Magazine, but she makes her presence known in this long, comprehensive article: 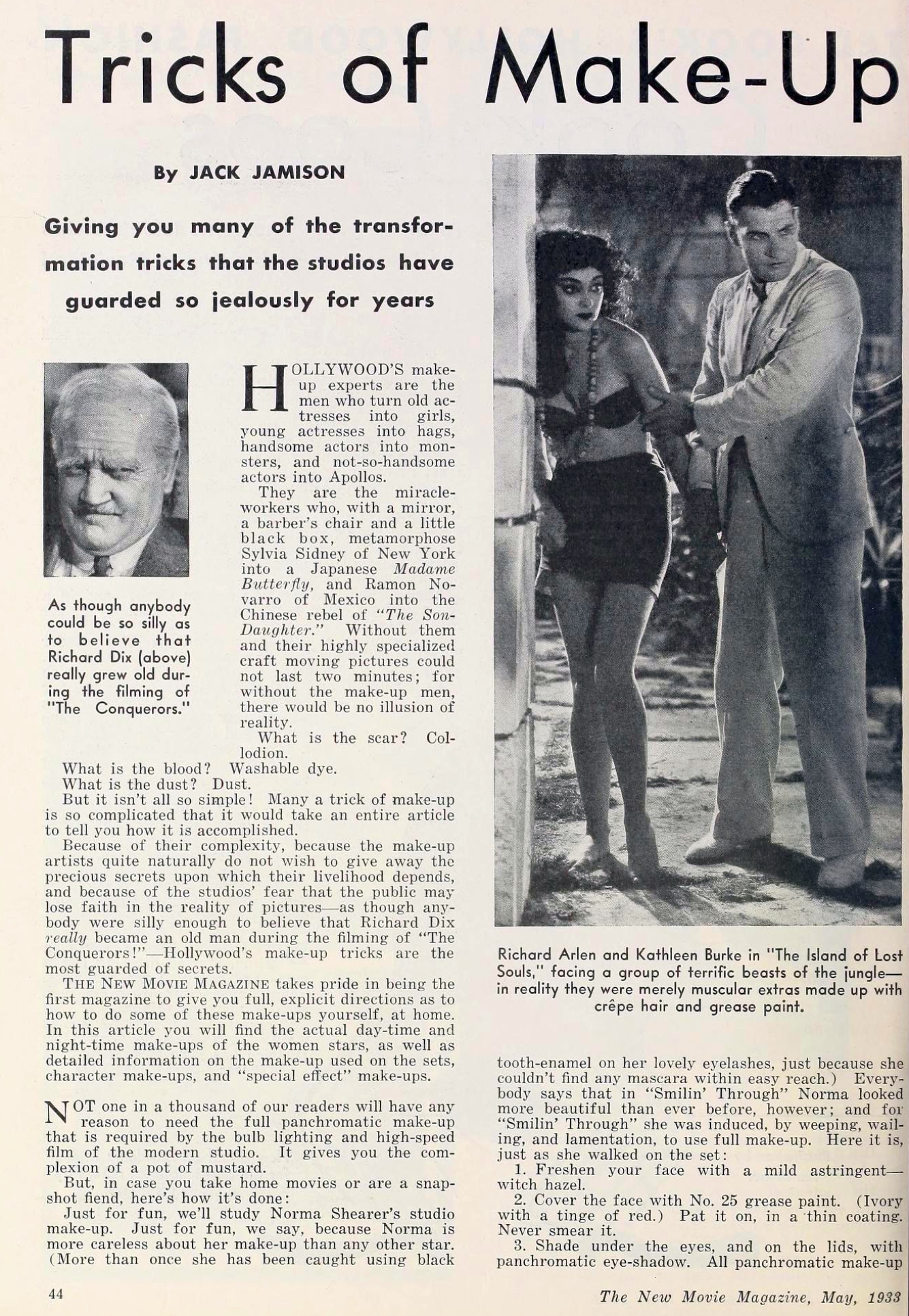 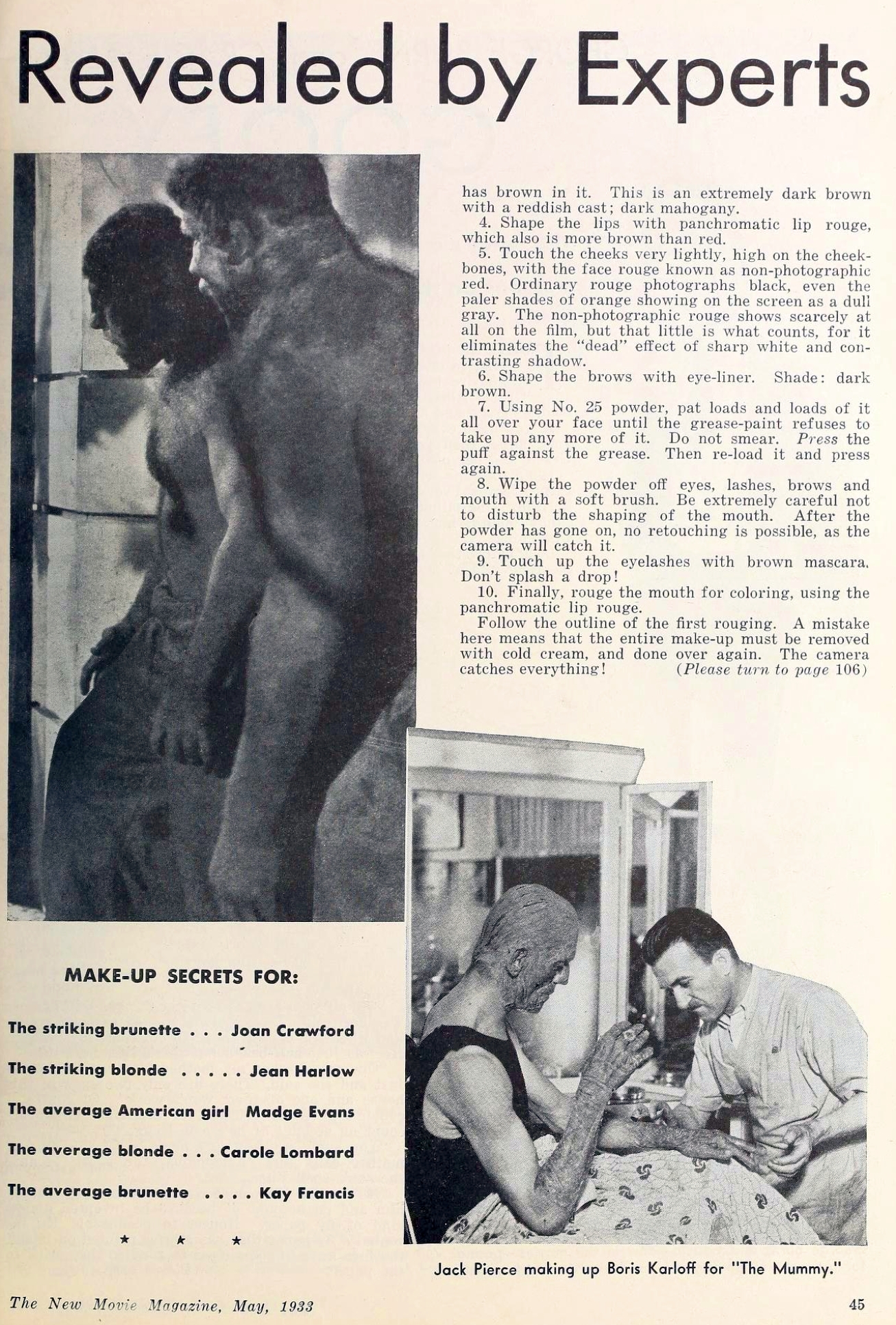 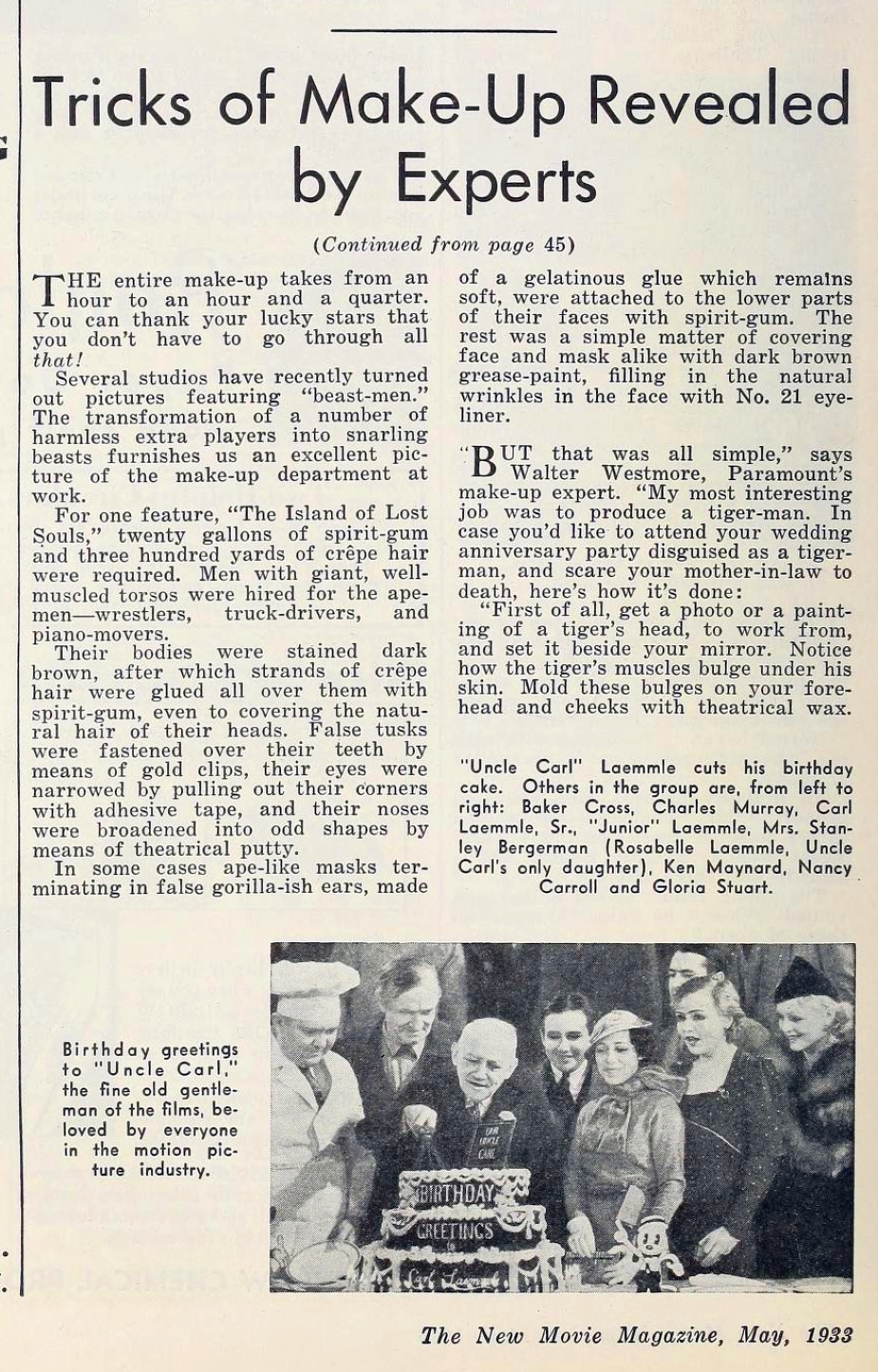 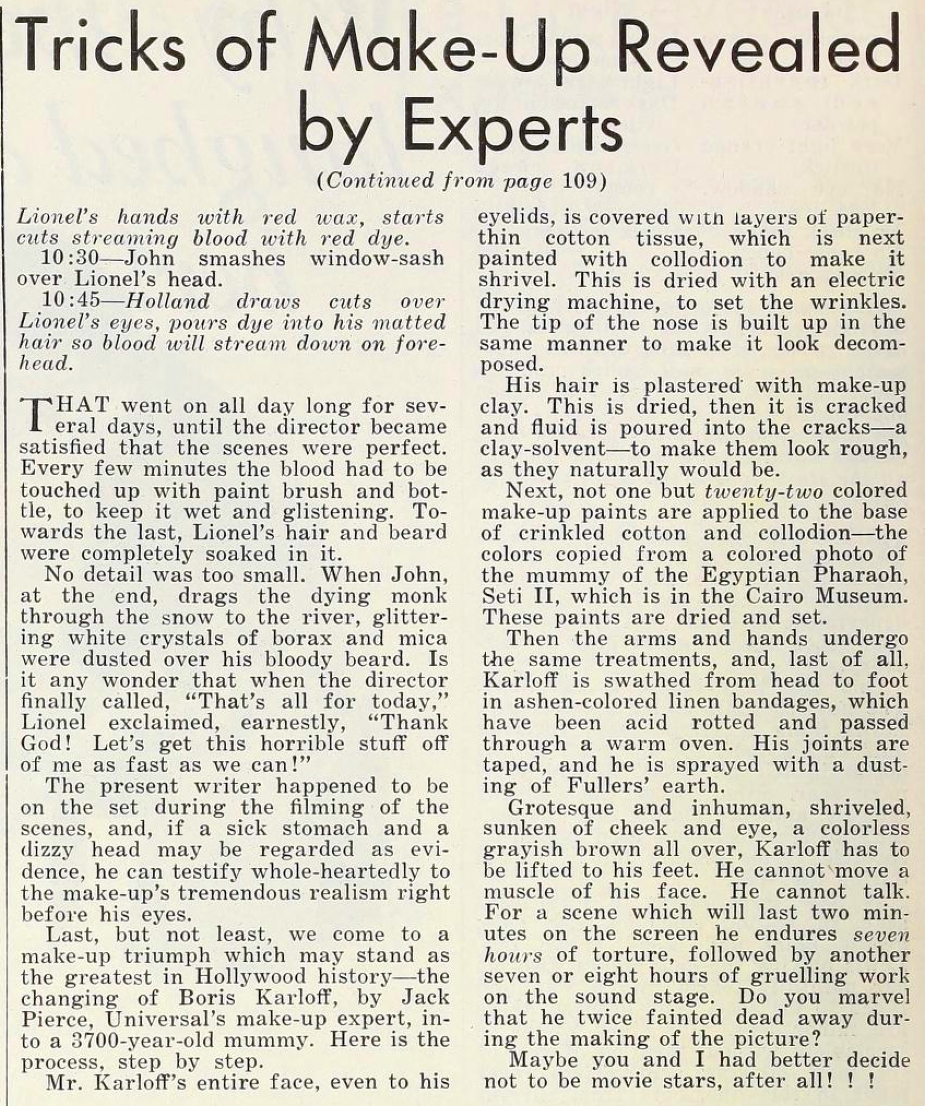 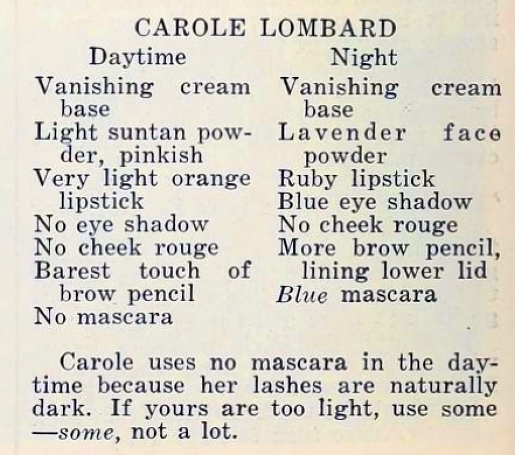 ...is decidedly different than that of the dark-haired Kay Francis 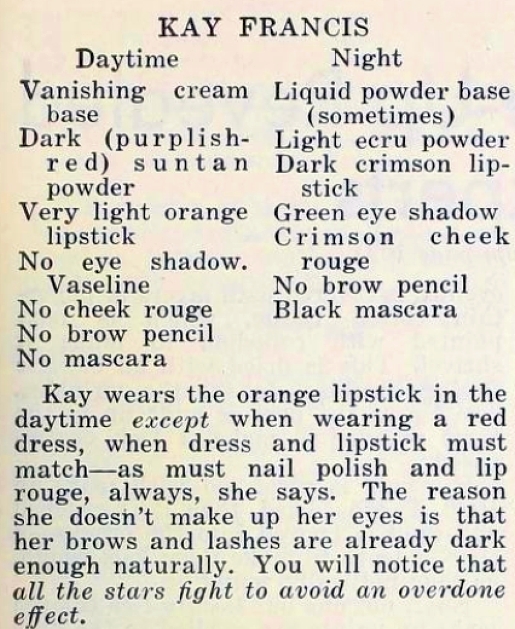 Why is Lombard turned 90 degrees on her side? Because it's her latest LiveJournal header, p1202-65.
Collapse