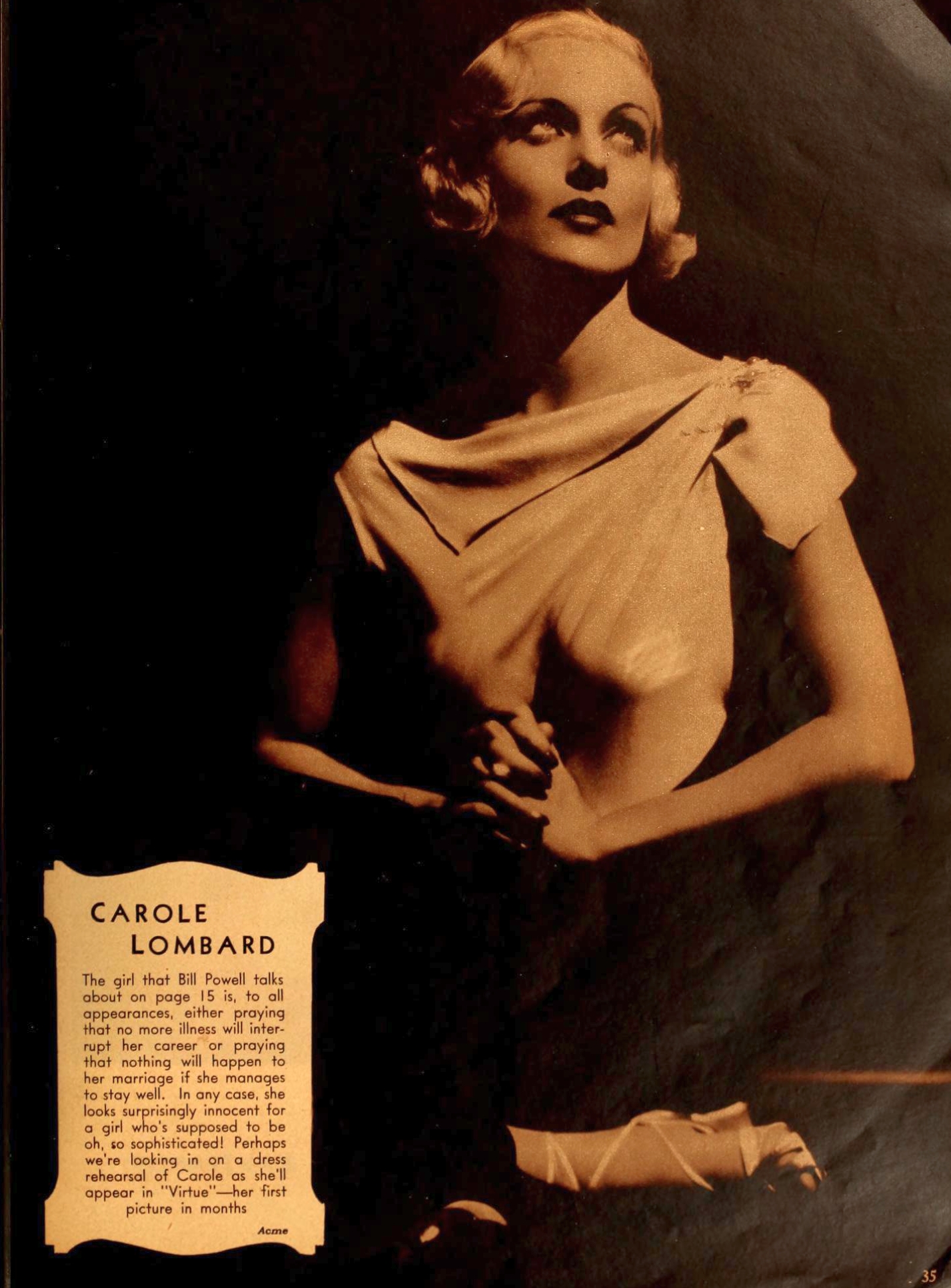 It's the fall of 1932, and while Carole Lombard hasn't been completely absent from the screen during the year, her films have been relatively few -- "No One Man" earlier in the year. "Sinners In The Sun" during the summer, and now "Virtue" (her first movie for Columbia) is making the rounds of neighborhood houses after opening up at the downtown picture palaces.

So Movie Classic decided to discuss Carole with her better half, William Powell. Some of his comments -- if they are actually his, and not the creations of the Warners publicity department or author Elizabeth Goldbeck -- may surprise you: 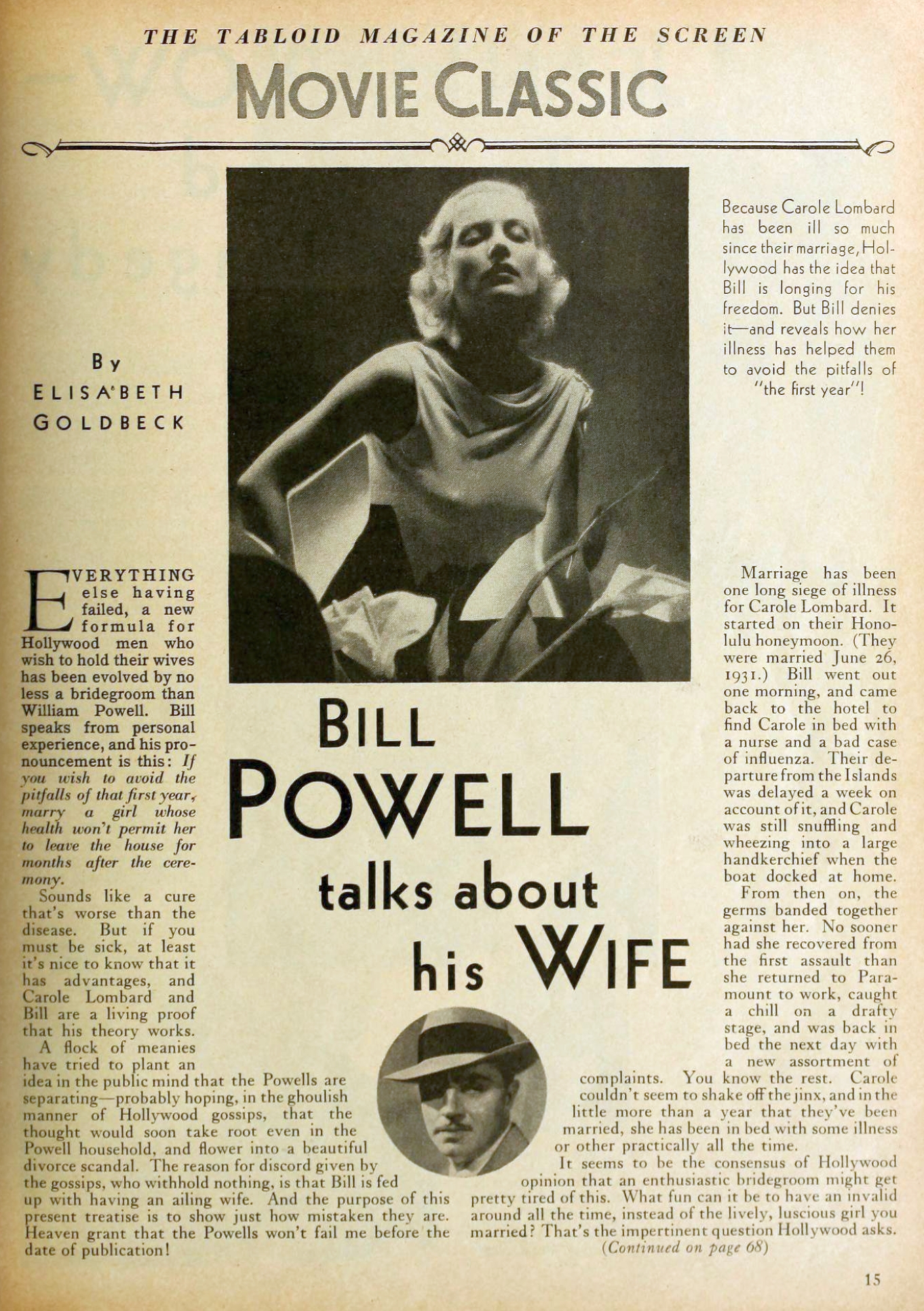 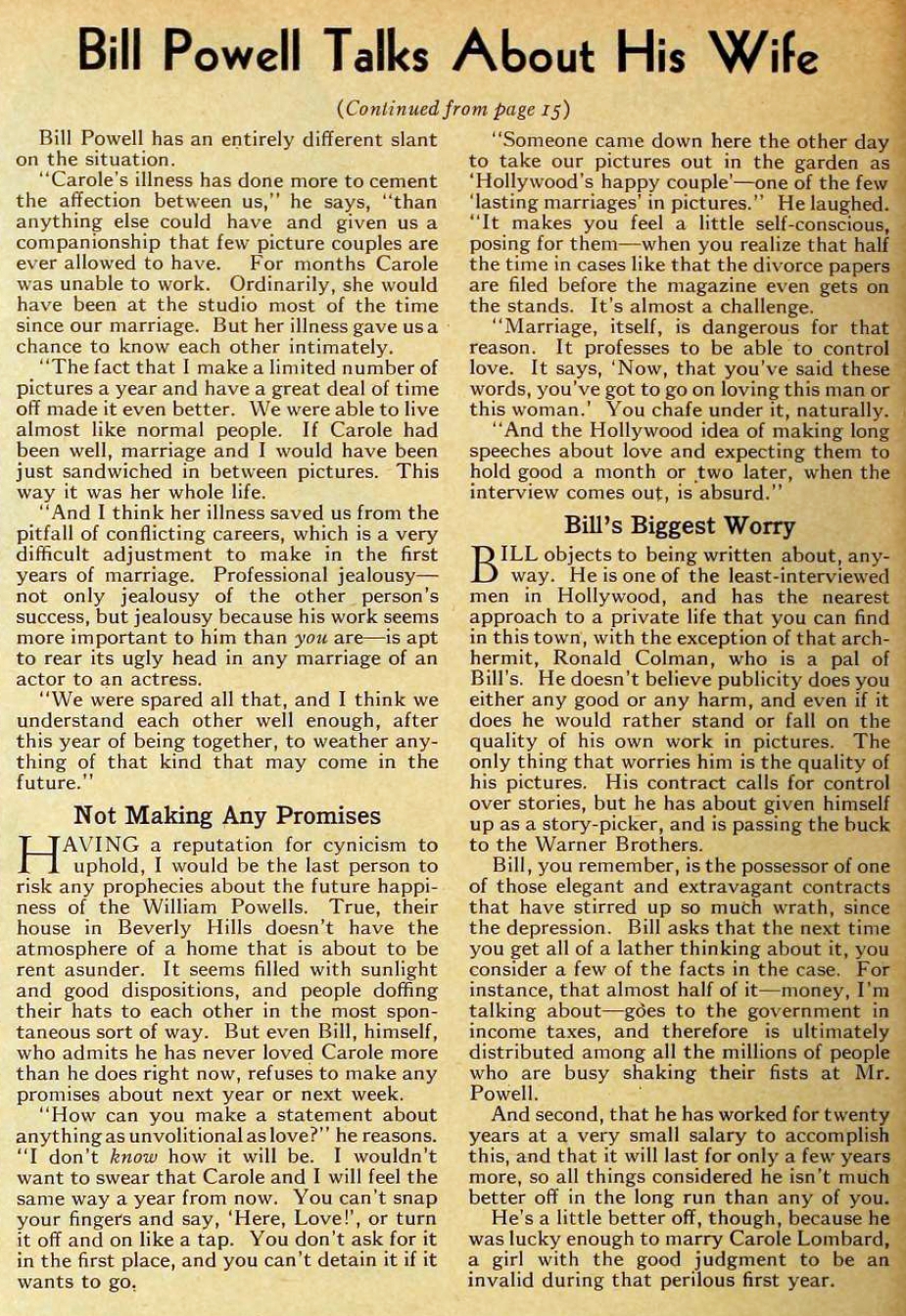 Goldbeck is trying to convince us that Lombard's illness worked to the couple's advantage. Rather weird logic, one might think. Ever since "the germs banded against her" while in Hawaii on her honeymoon, Carole spent her share of time in sick bay; we know that because it cost her a role in the Samuel Goldwyn comedy "The Greeks Had A Word For Them."

But in this piece, Powell proclaims that Lombard's lackluster health enabled them to avoid many of the pitfalls couples face in the first year of marriage -- saying that "her illness gave us a chance to know each other intimately" and enabled them to avoid career conflict and professional jealousy.

However, Powell added this caveat:

"I wouldn't want to swear that Carole and I will feel the same way a year from now. You can't snap your fingers and say, 'Here, Love!' or turn it off and on like a tap. You don't ask for it in the first place, and you can't detain it if it wants to go."

And want to go it did, as Powell and Lombard would divorce the following August, learning they made better friends than lovers.
Collapse