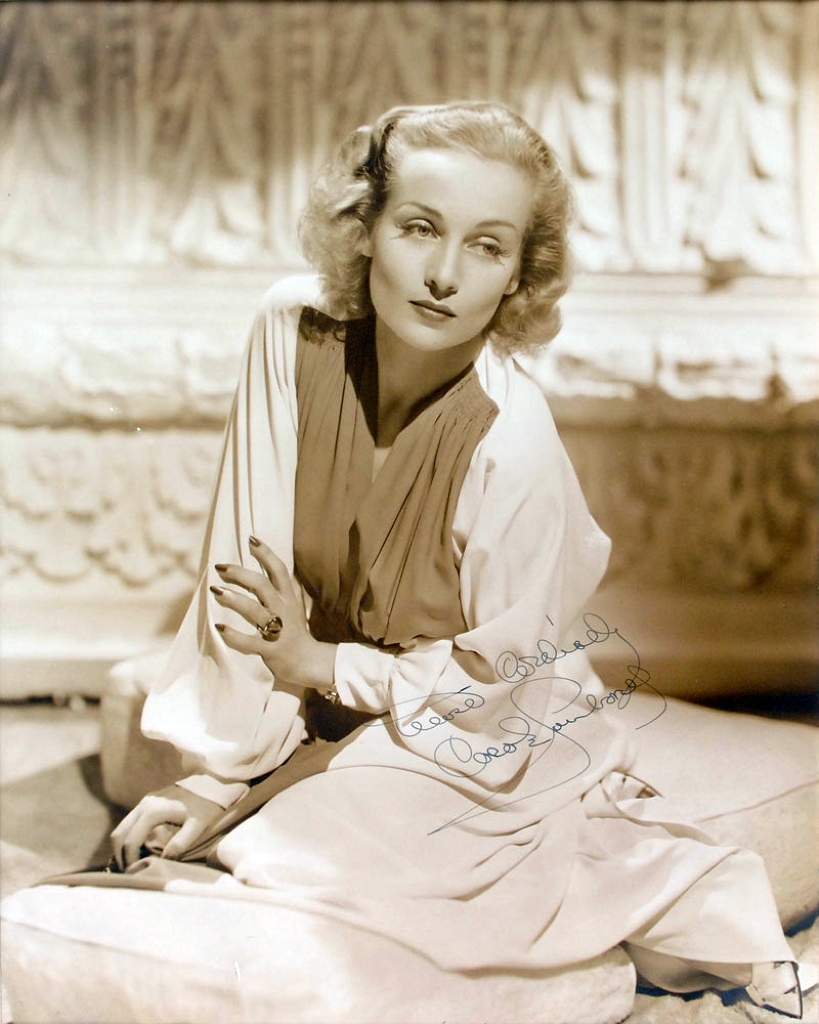 Interested in a genuine, vintage, oversized (10" x 12.5" before framing), autographed photo of Carole Lombard? You can get one -- if you have at least several hundred dollars to spare.

RR Auctions of New Hampshire is auctioning the portrait above, which looks to be from about 1936 or '37. Here's a slightly larger version of the signature: 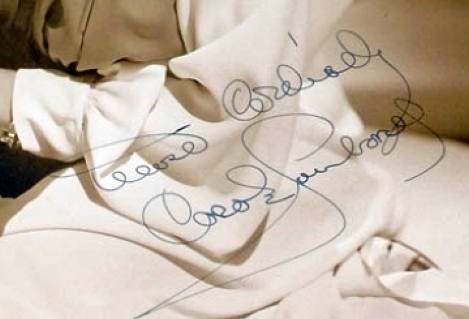 The firm says it's "In fine condition, with light scattered surface dings and spotting. An appealing oversized example from the tragic vixen." (Never heard that term used to describe Carole before.)

Bidding began at $300; since then, as of this writing, seven bids have been made, most recently at $587. The next bid will be for $646, and it could well reach four figures by the time bids close at 6 p.m. (Eastern) Wednesday. The auction takes place an hour later.

If you're interested, visit http://www.rrauction.com/bidtracker_detail.cfm?IN=1106, where you can learn how to bid.

RR will have an auction later this month featuring two Lombard items (bidding will begin next Thursday and end the following Thursday). One is another autographed photo... 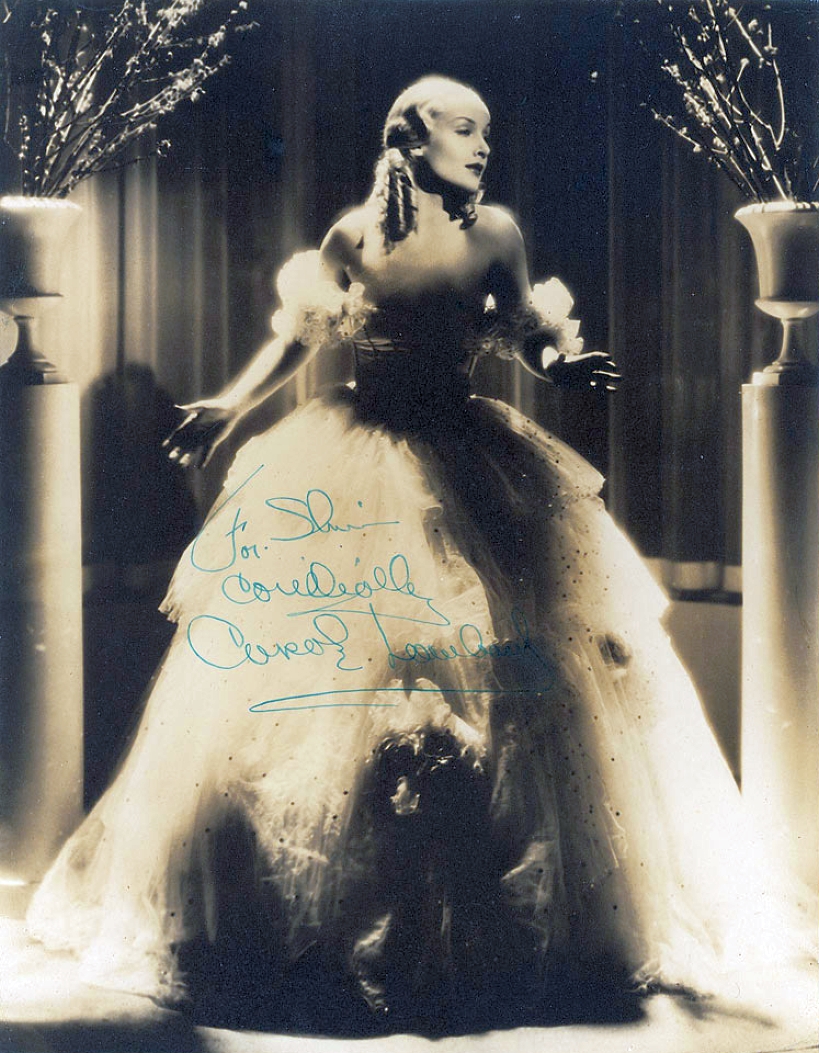 ...which looks to be from either "Twentieth Century" or "The Gay Bride." Carole inscribed this to someone named "Shim"... 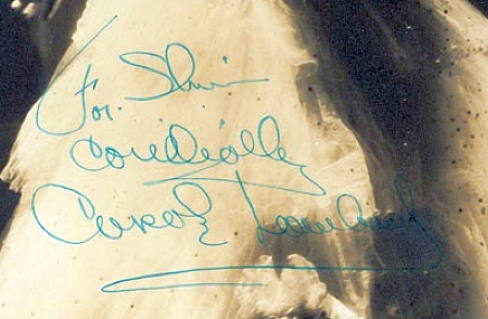 The other item is a script from Lombard's 1936 film "The Princess Comes Across," the second time one has come up for auction in recent years (learn about the earlier copy at http://carole-and-co.livejournal.com/468586.html): 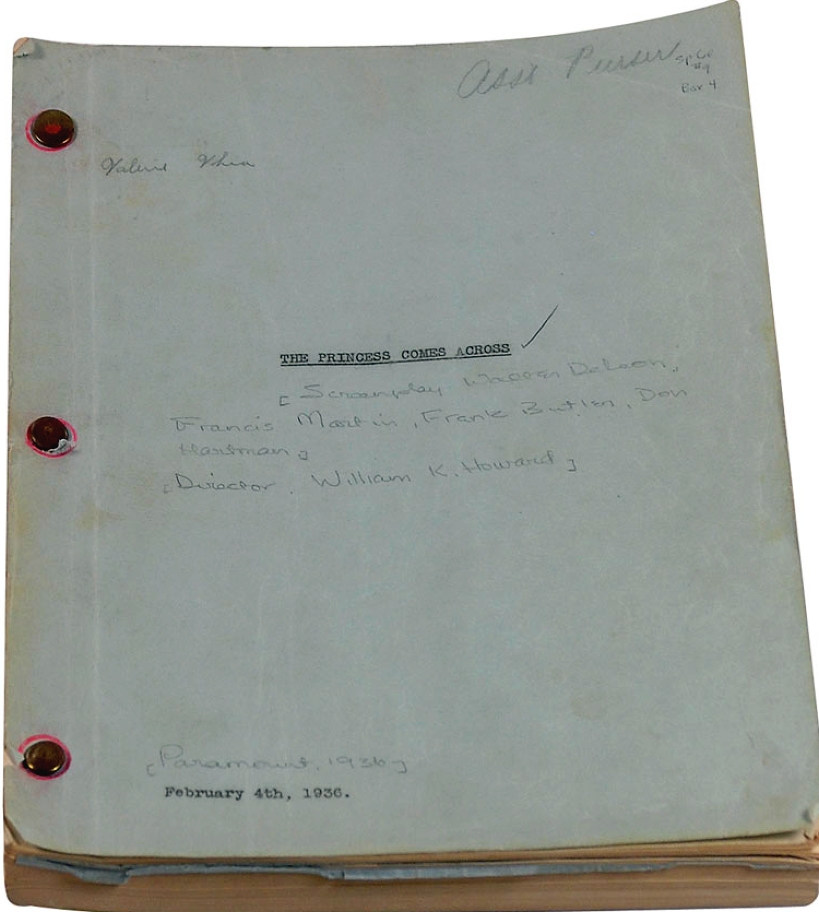 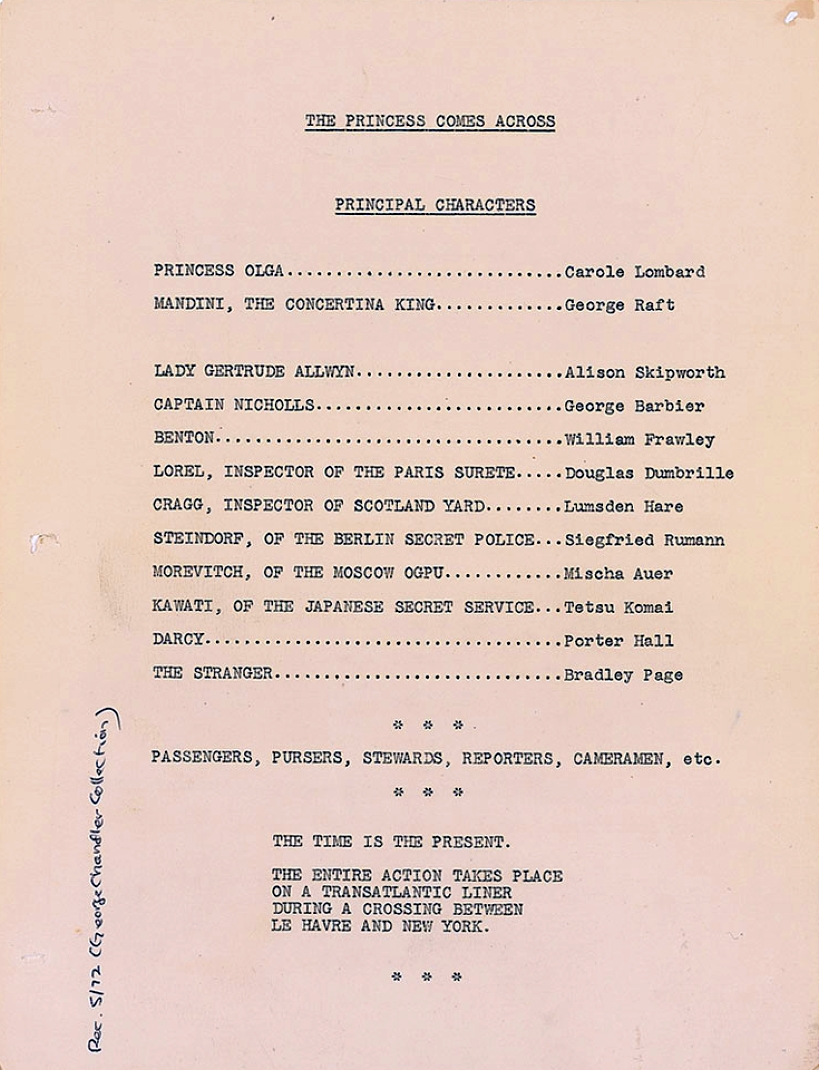 Note that George Raft is listed as the male lead and the script is dated Feb. 4, 1936. Within weeks, Raft would walk out on the film, complaining that cinematographer Ted Tetzlaff was giving Carole preferential treatment, and Raft was replaced by Fred MacMurray (http://carole-and-co.livejournal.com/166158.html). According to the seller, there is also an unseen notation referring to "stage #10," which Paramount razed in 2009 to make room for a post-production facility (http://carole-and-co.livejournal.com/259644.html).

This item is from the collection of George Chandler, a character actor who portrayed a cameraman in "Princess," a photographer in "Nothing Sacred," a man named Fred in "Man Of The World" and a bellhop in "Libeled Lady." He may have his back to the camera in this still from "Princess": 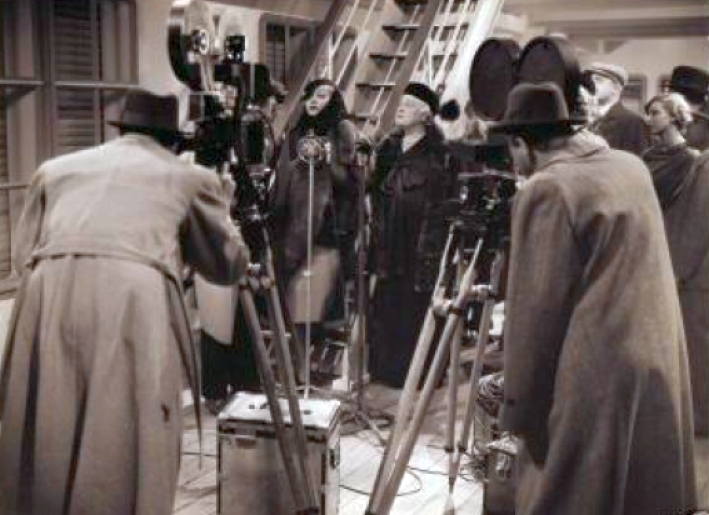 The script is in very good condition, and additional information can be found at http://www.rrauction.com/preview_itemdetail.cfm?IN=286.
Collapse