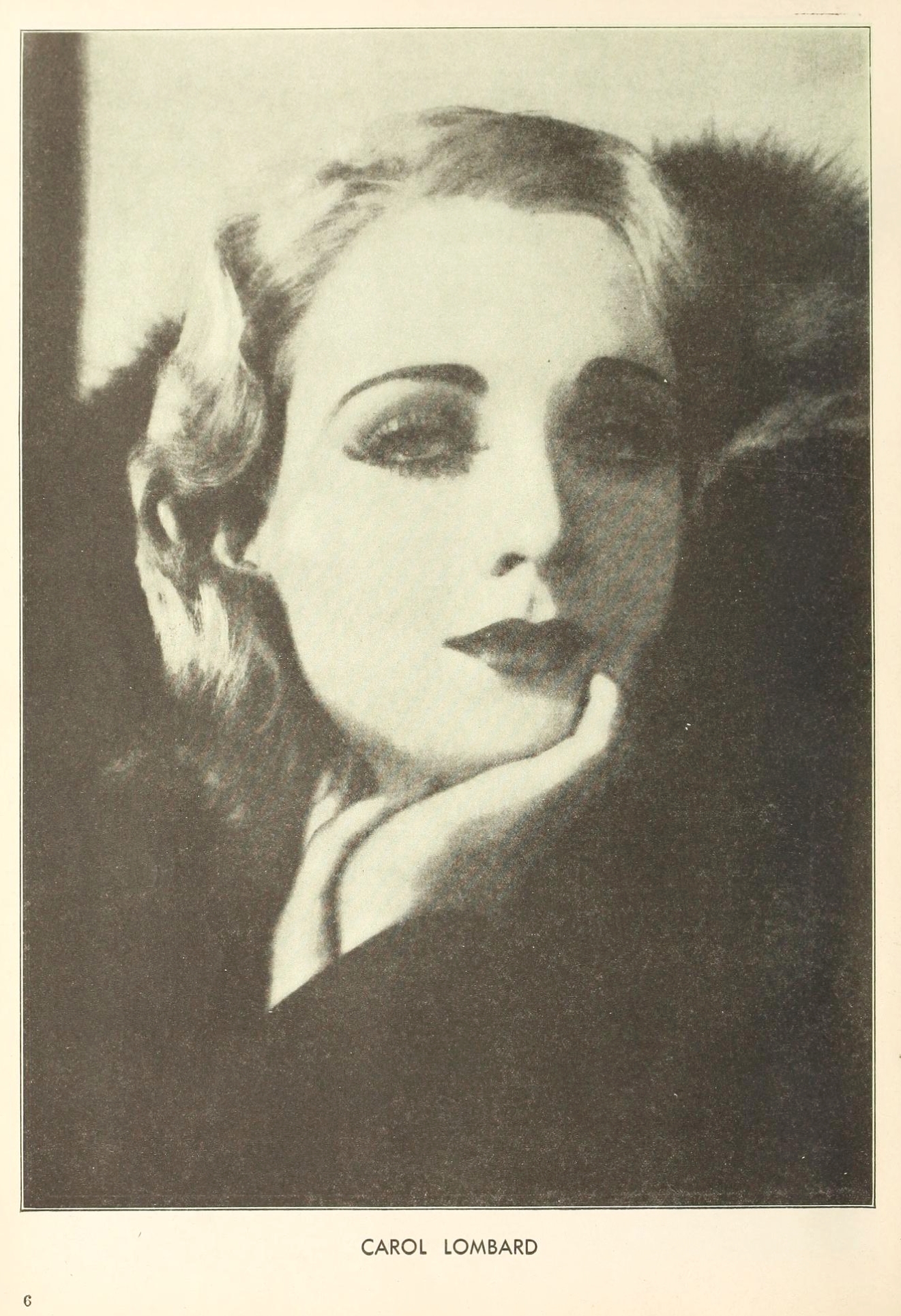 Only six pages into the existence of The New Movie Magazine, and Carole Lombard already makes her presence known. (At the time, though, she was still known as "Carol," since this portrait was taken by Pathe.) It's December 1929, and the movie mag marketplace welcomed its newest member -- although the only place you could buy it was at Woolworth's (no problem that, since the five-and-ten cent chain was ubiquitous). On the cover was red-hot, red-haired Nancy Carroll... 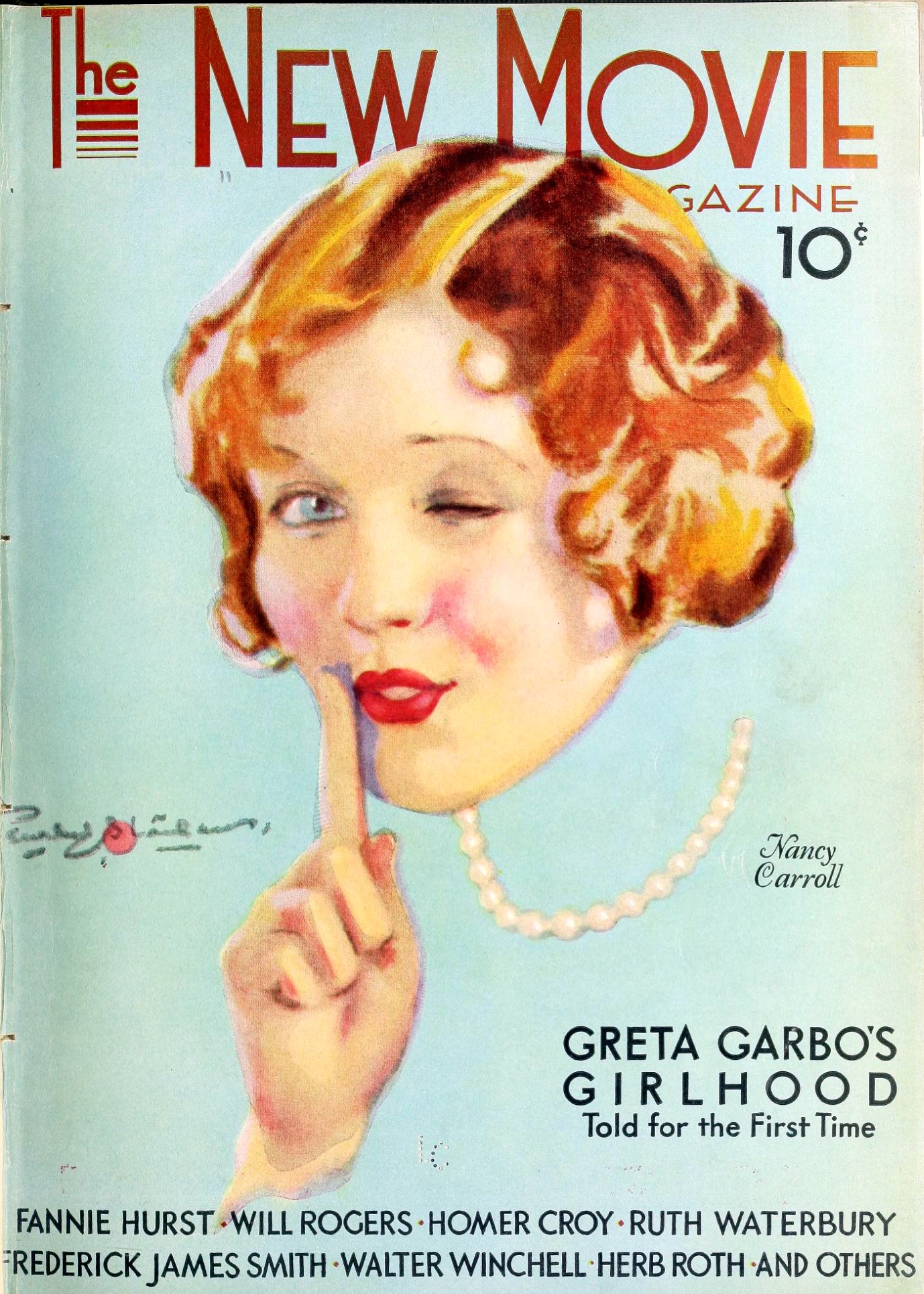 ...followed by an ad for a brand of china sold at Woolworth's; this must have been what the lyric referred to in the bridge of "I Found A Million-Dollar Baby (In A Five And Ten-Cent Store)": 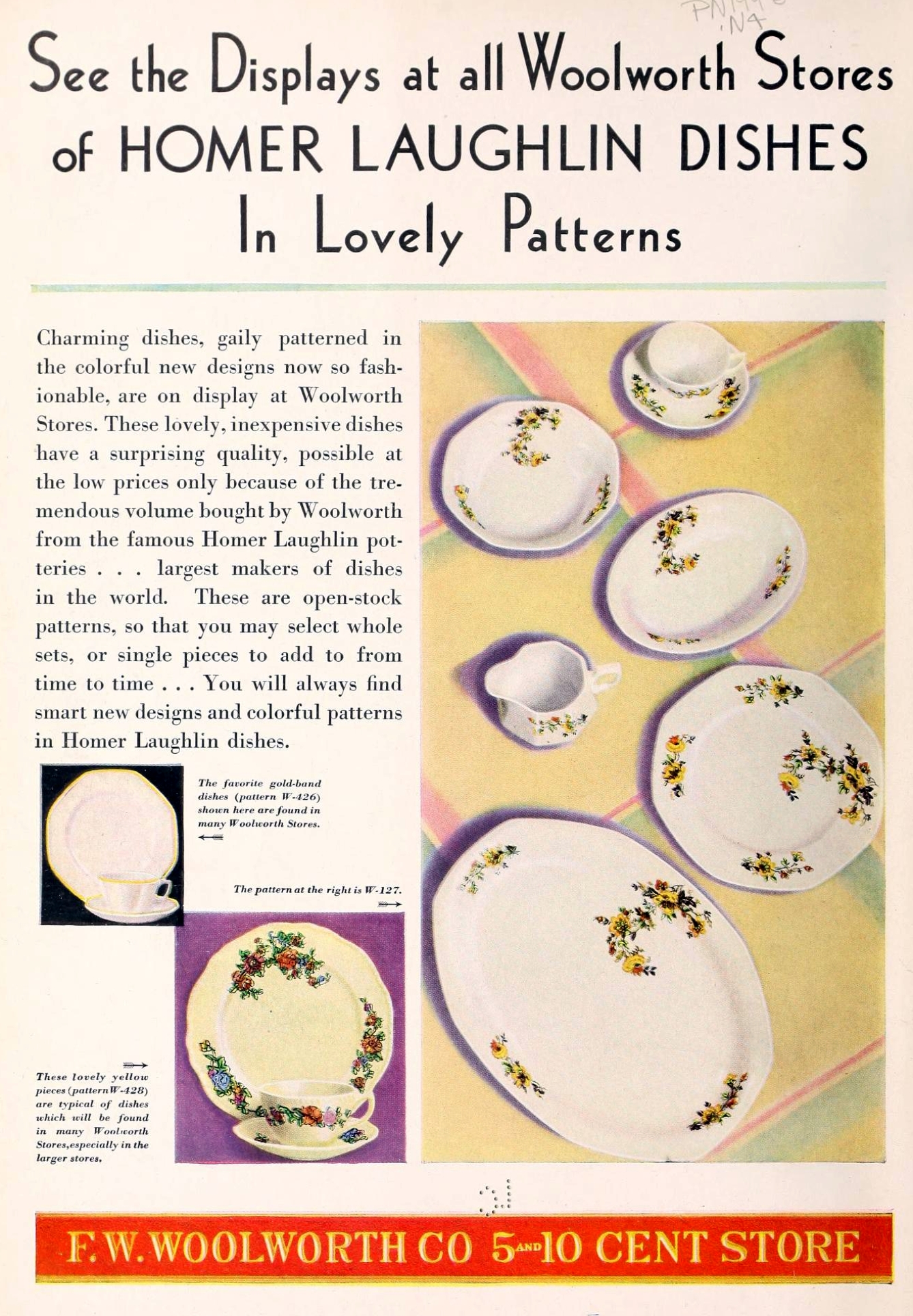 Lombard also appeared in another part of that initial issue, being one of several stars in a two-page photospread, "The Ayes Have It." Can you spot her, and name the seven others featured? We'll run the answers at the end of this entry: 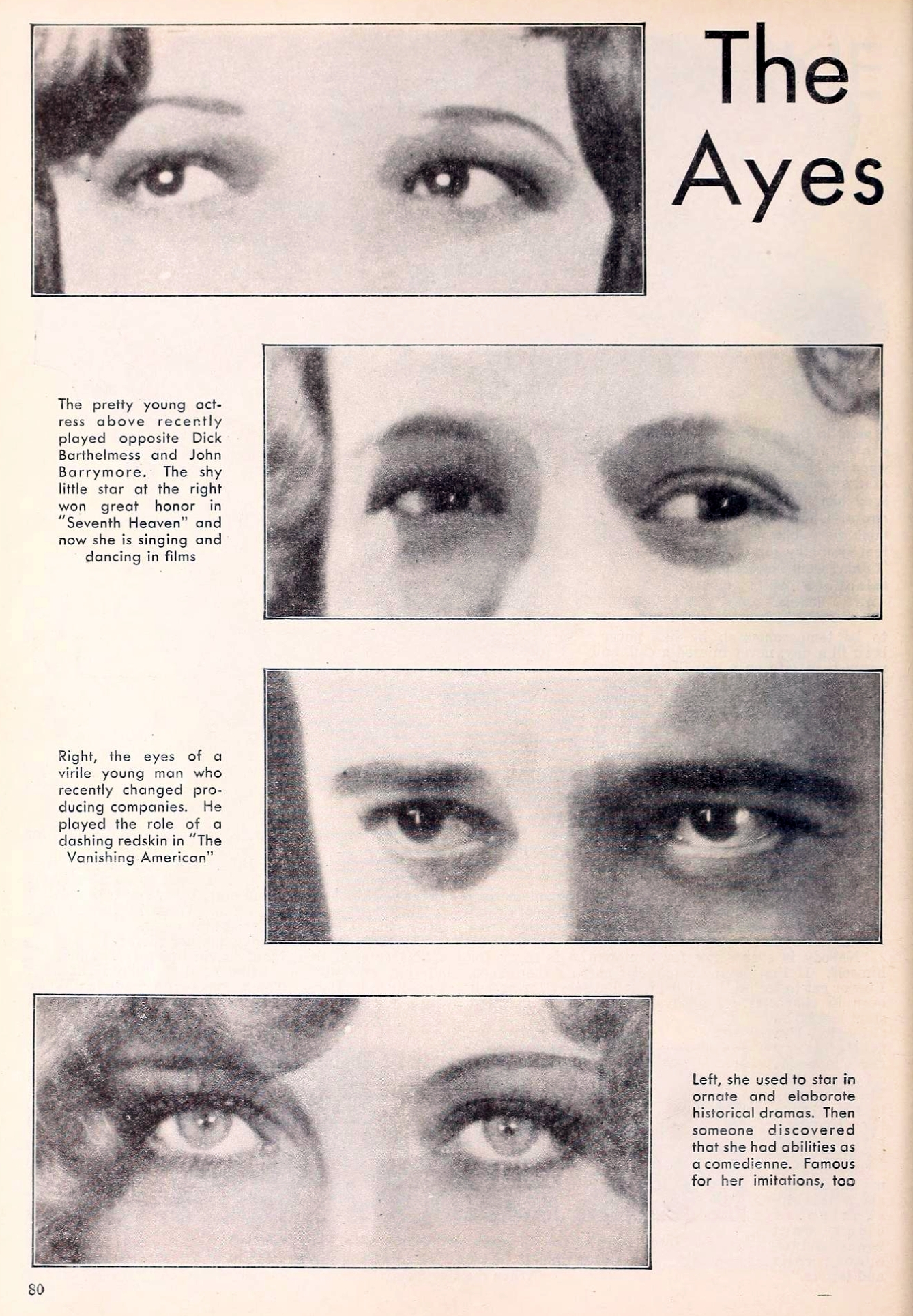 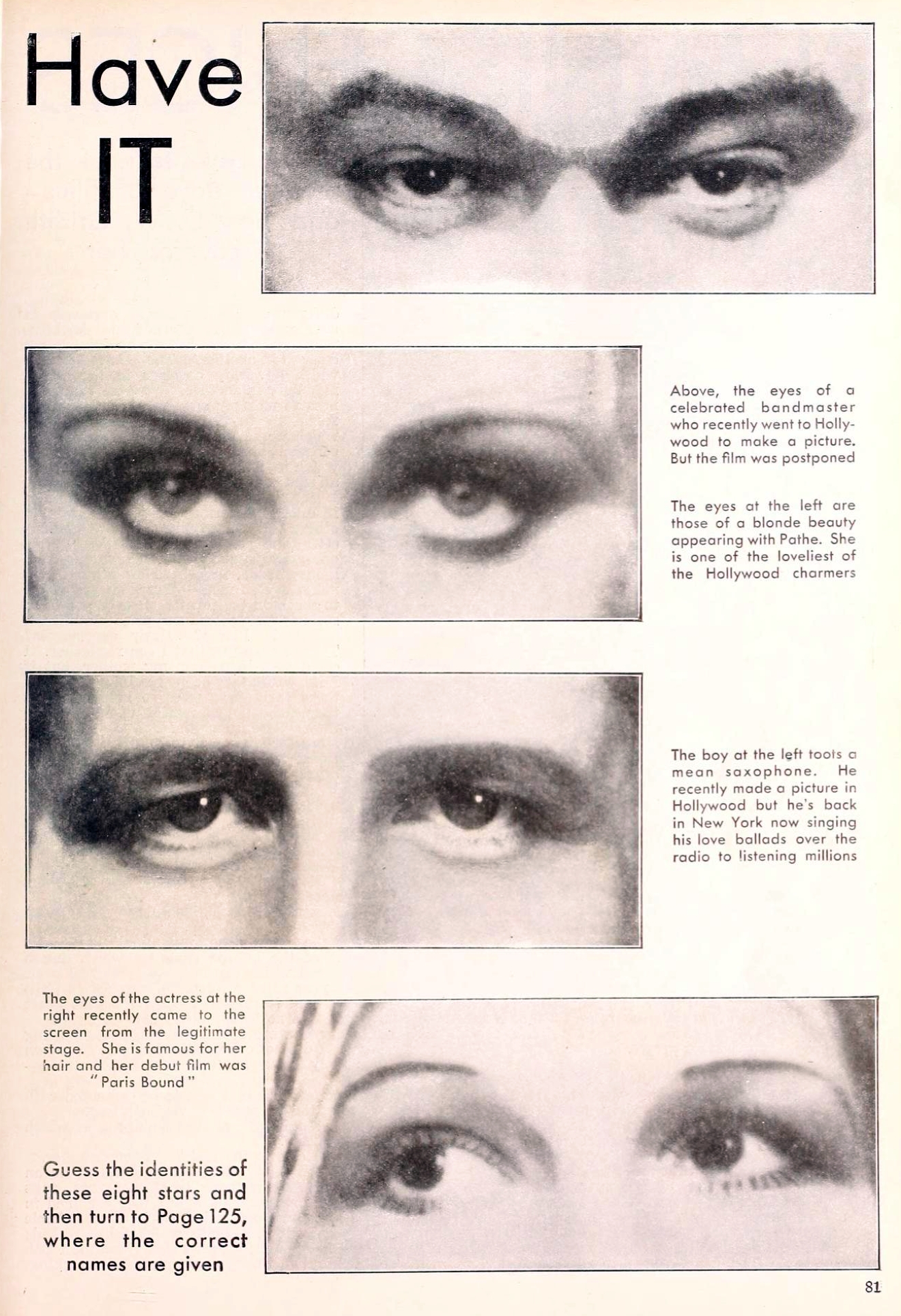 The next time Lombard was pictured in The New Movie Magazine was four issues later, in April 1930, when she was hired by Paramount for a supporting role in its Buddy Rogers vehicle, "Safety In Numbers" -- a hire that would blossom into a seven-year contract: 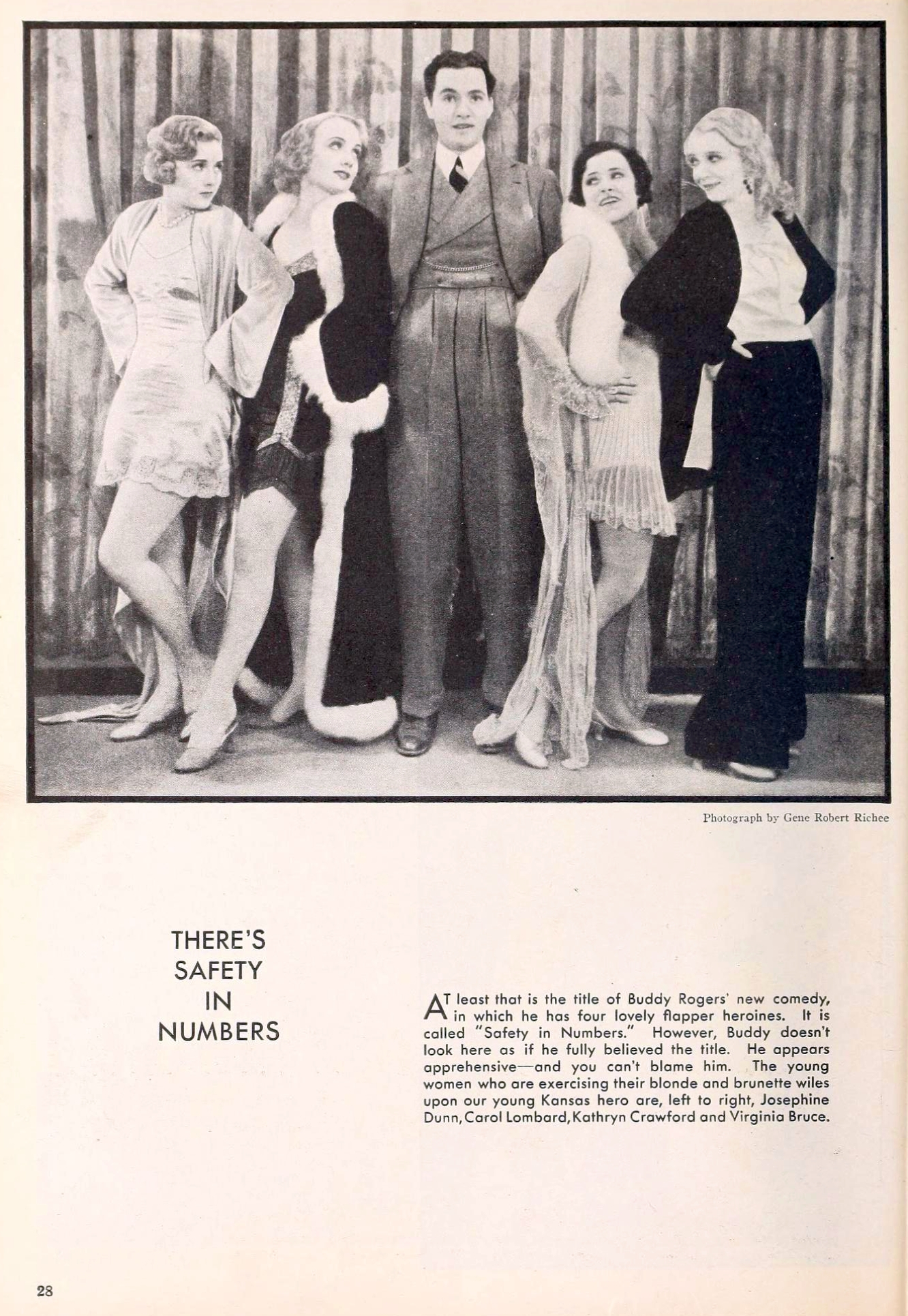 That April issue has some other interesting things. For example, note this relatively early but nonetheless stunning George Hurrell portrait of MGM player Dorothy Sebastian: 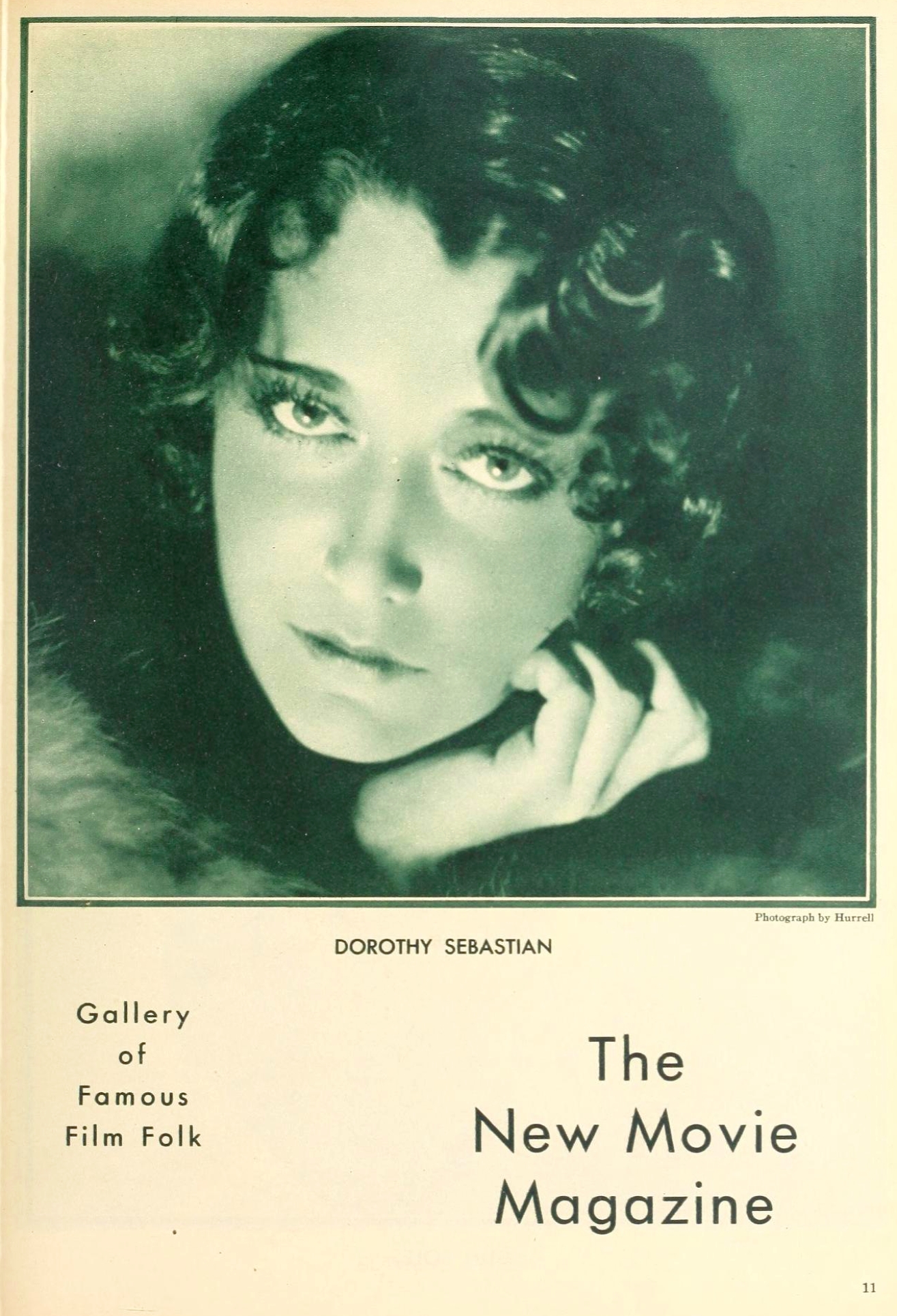 Ever wondered how Jeanette MacDonald earned the tag "lingerie queen"? This Eugene Robert Richee pic should supply the answer: 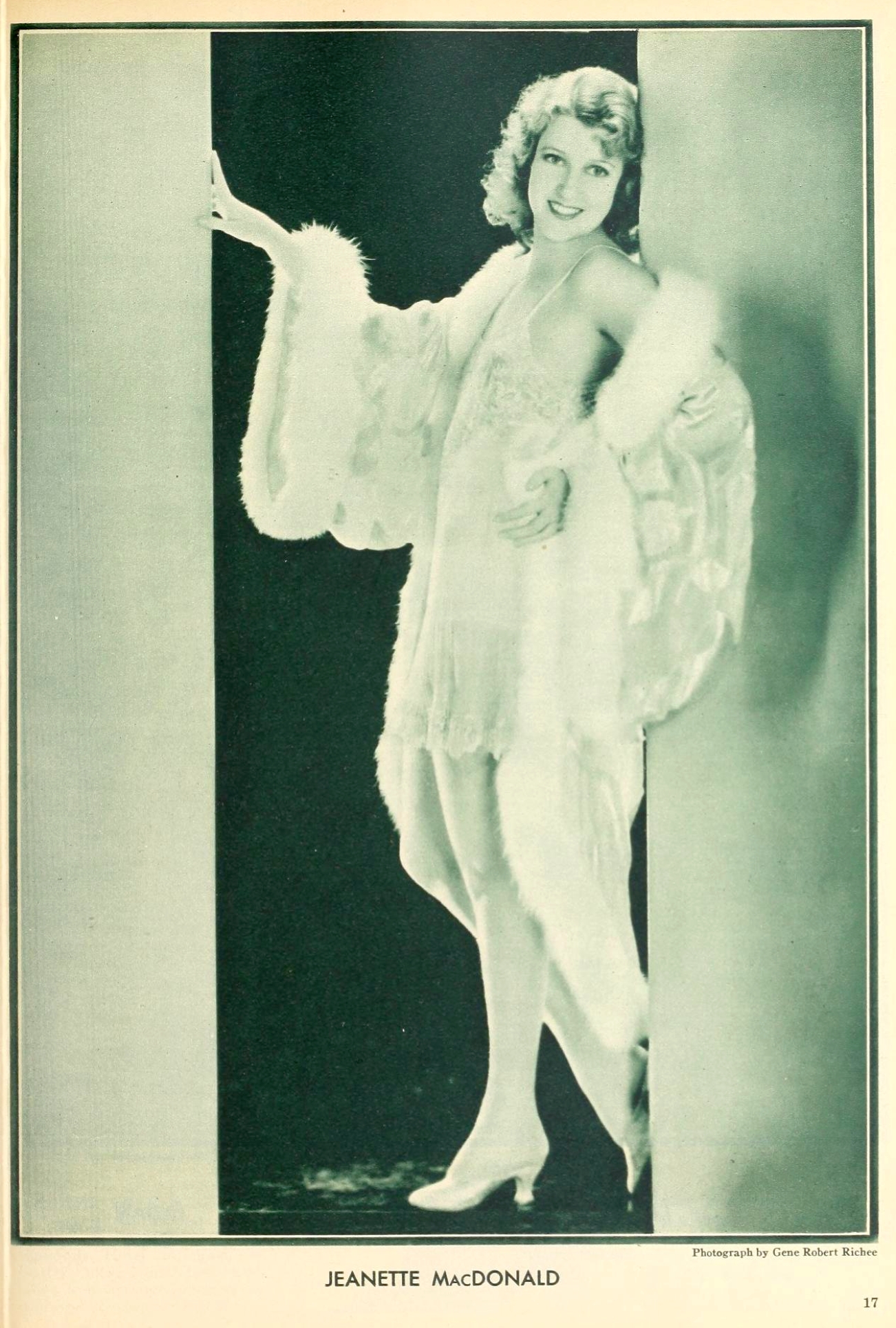 How about a portrait of Loretta Young at 17? 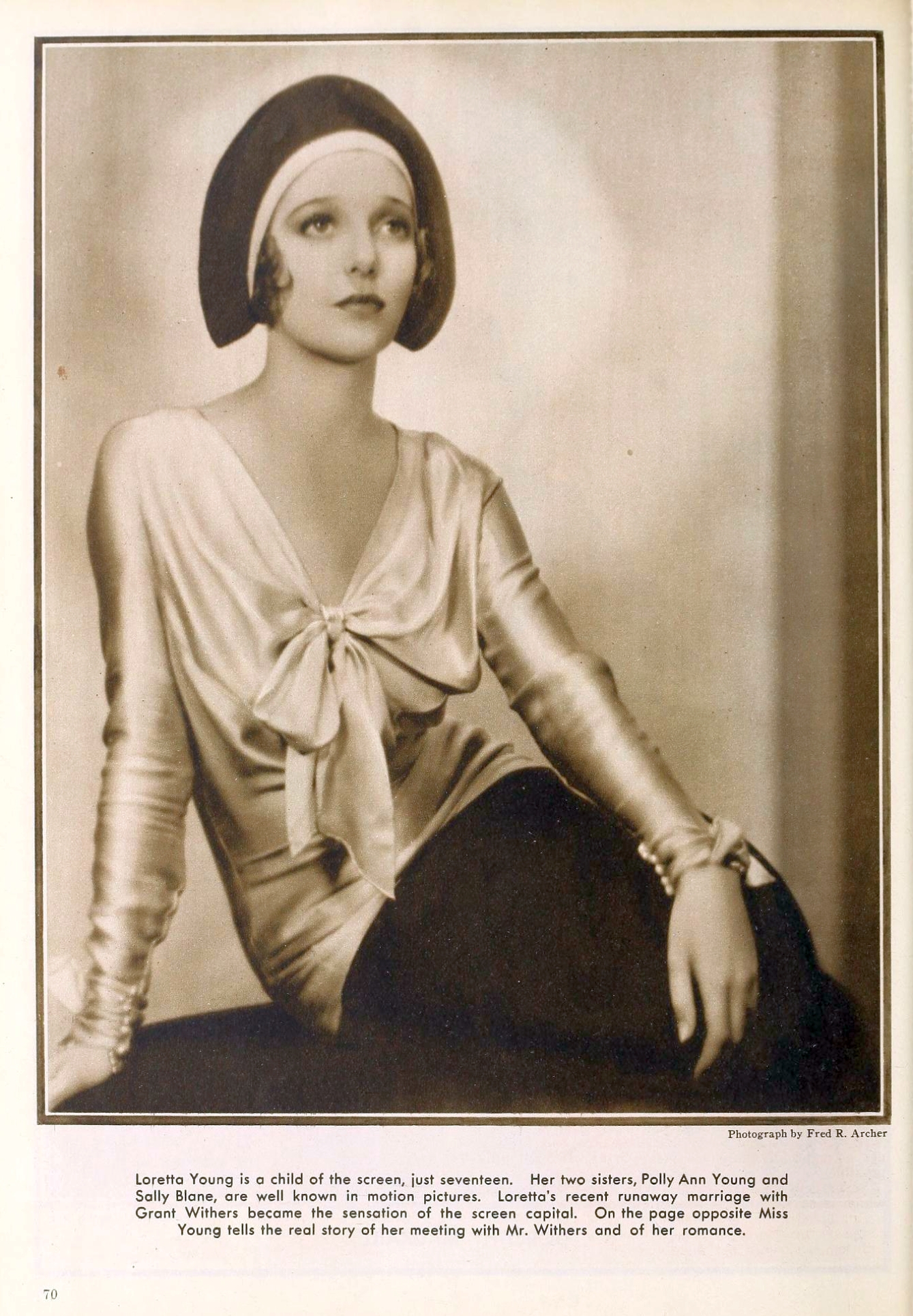 As a bonus, an article on her recent marriage to Grant Withers begins on the opposite page: 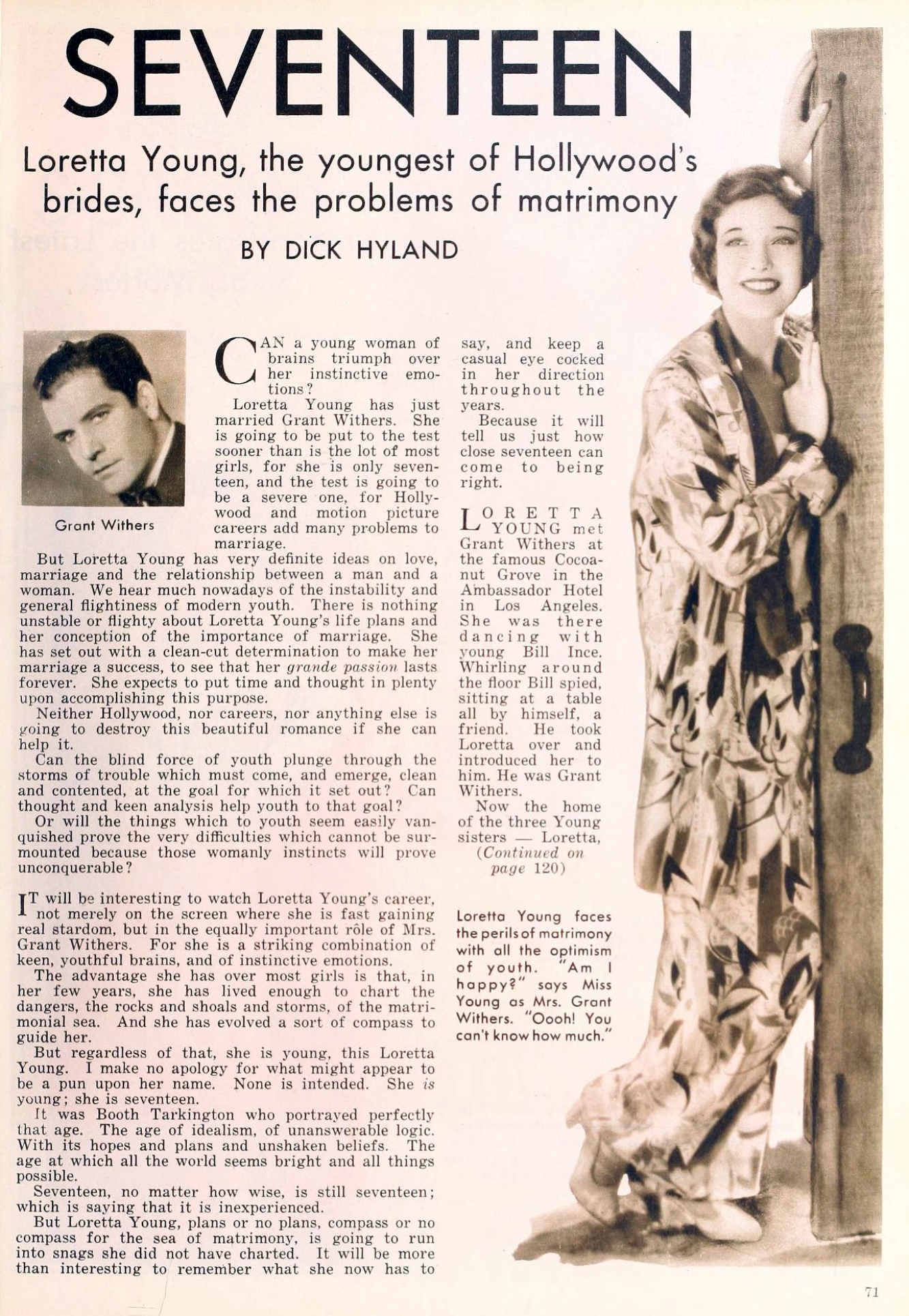 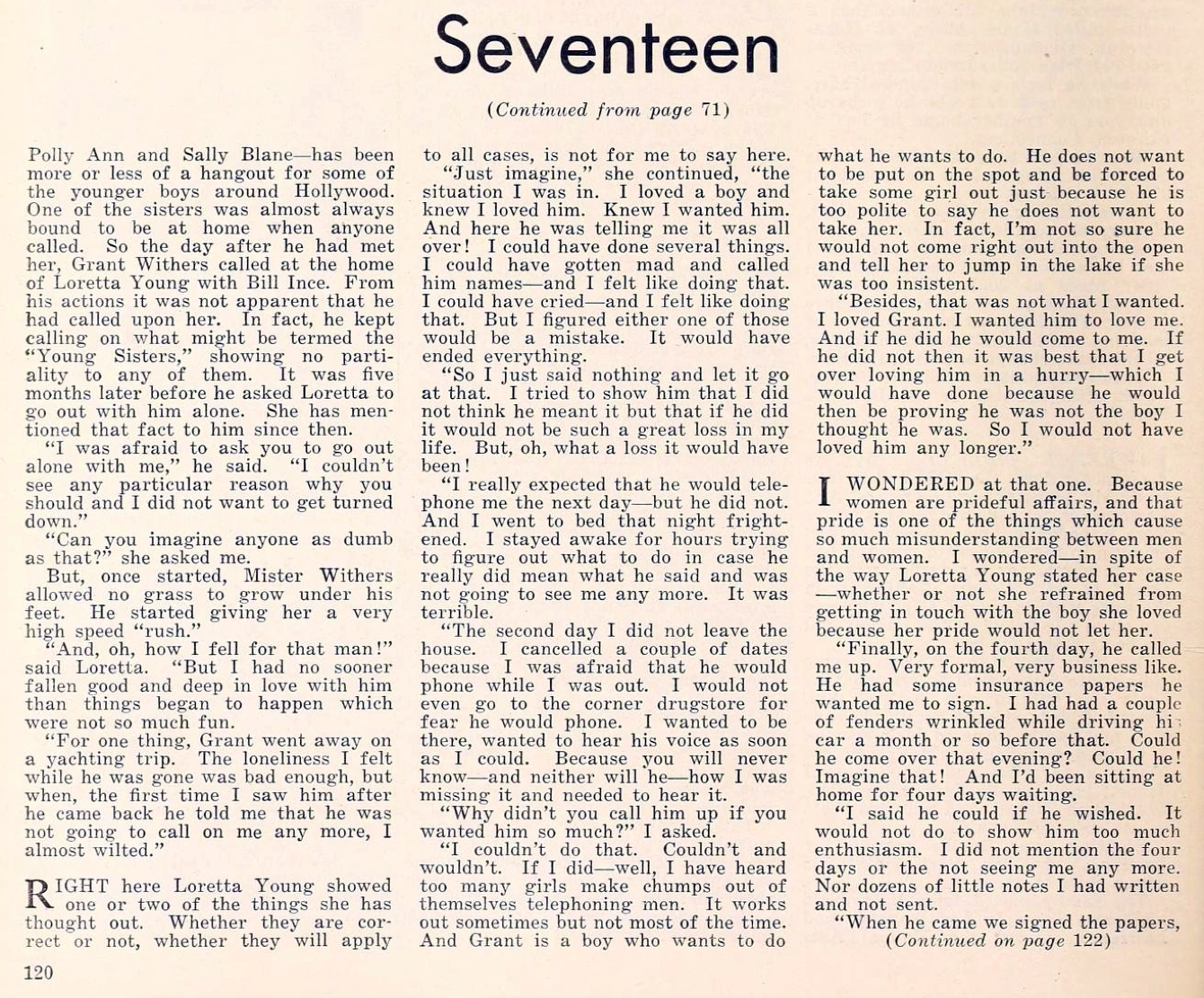 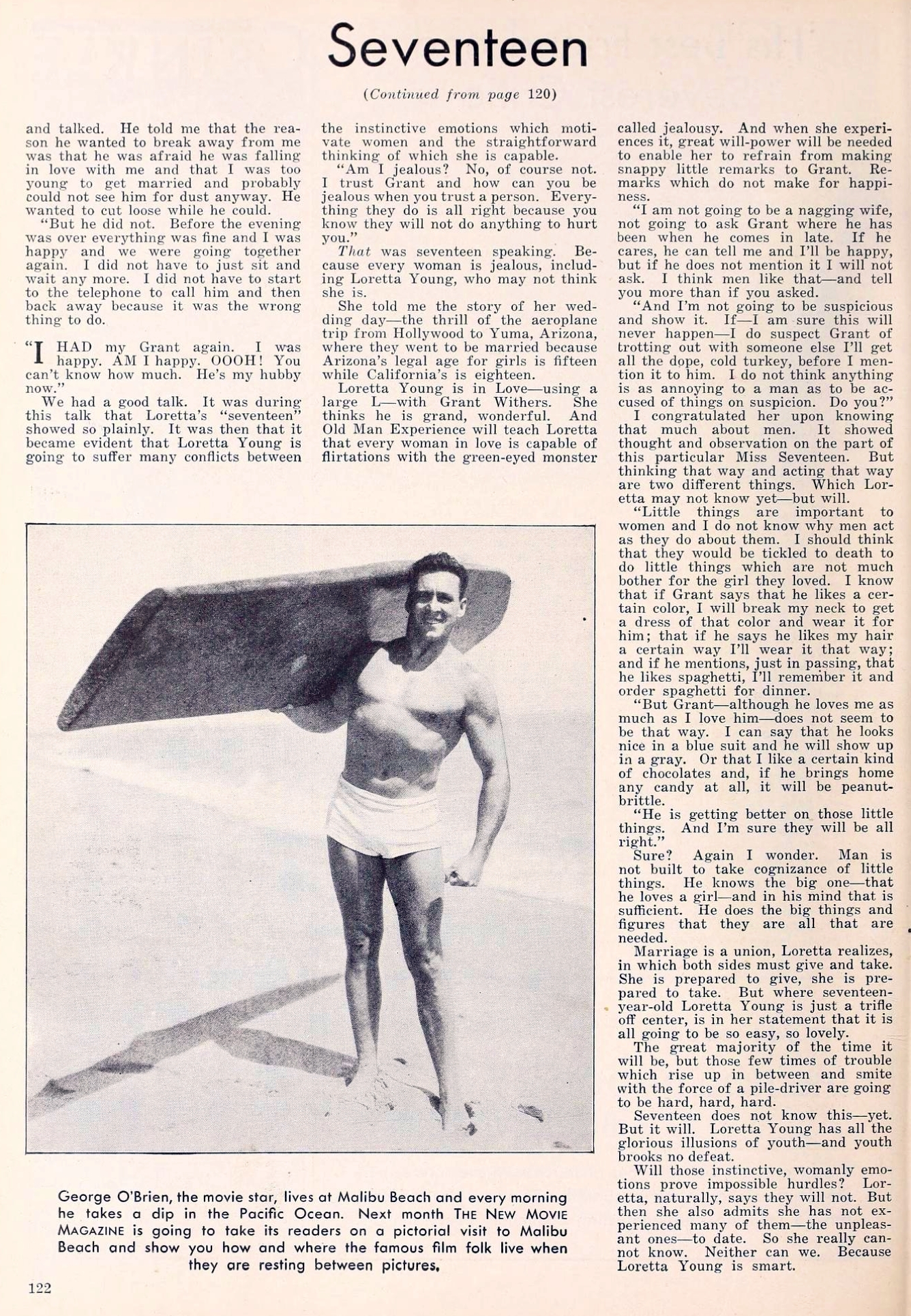 And while The New Movie Magazine may have been sold exclusively at Woolworth's, that didn't mean every product advertised in its pages was available there. After all, you weren't going to buy a Chevrolet at a five-and-ten cent store: 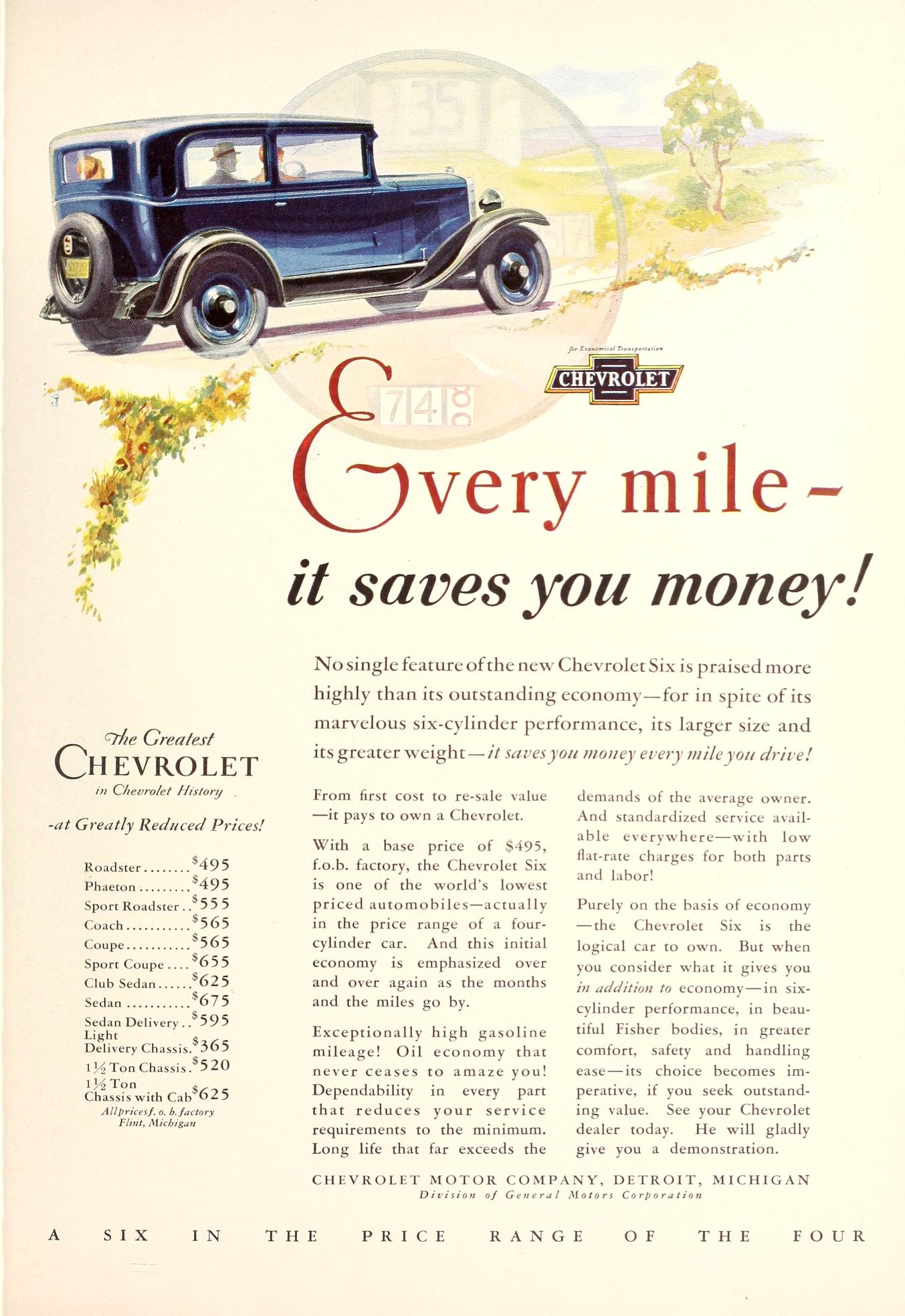 You can view more of The New Movie Magazine, and several of its counterparts, online at http://mediahistoryproject.org/fanmagazines.

Finally, as promised, the answers to the "eyes" quiz from the December 1929 issue. How many did you get right? 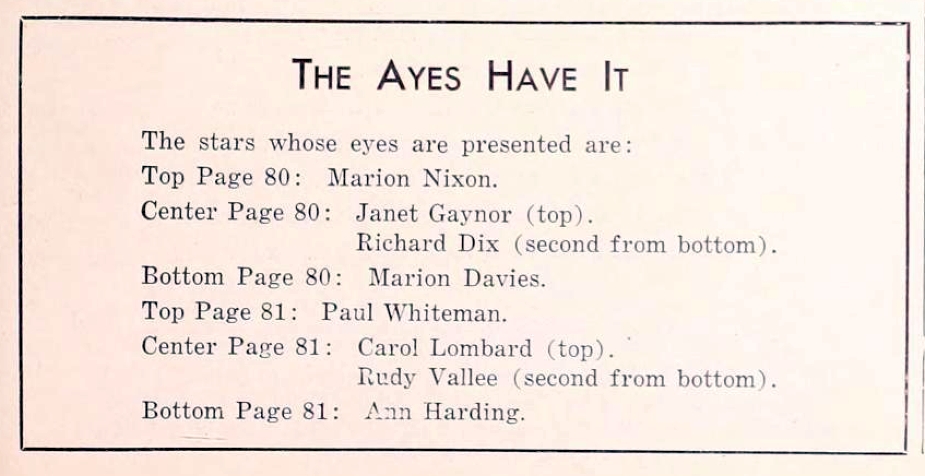