The early news is good for Carole Lombard and her fans in the finals of the 2013 Favorite Classic Movie Actress Tourney; as of 8 p.m. (Eastern) Wednesday, Lombard has a 21-11 lead over Bette Davis. But remember, voting lasts through Sunday, so Team Carole needs to mobilize fans as best as legally possible. If you have friends who like Lombard, please get them to cast their one vote at http://poohtiger-allgoodthings.blogspot.com. We can't afford to let up now.

Let's also take a look at a few Lombard-related goodies available through eBay. We'll begin with this relative rarity, publicity for "To Be Or Not To Be" (although Carole's obviously not in any of the outfits she would wear as Maria Tura): 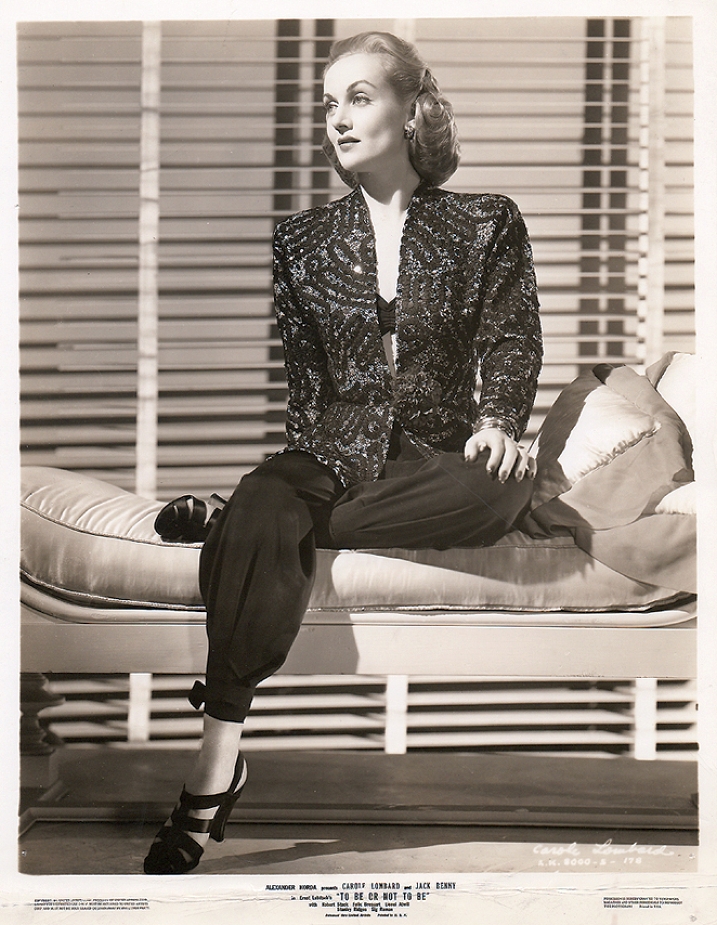 No photographer is listed, but I'm almost completely sure it was taken by Robert Coburn, though I don't know if this was shot at the Dec. 31, 1941 photo session that would be her last.

It's a vintage gelatin-silver photograph on glossy fiber paper, in good to very good condition. It's available for $42.65 under eBay's "buy it now" arrangement; if you want it, go to http://www.ebay.com/itm/VINTAGE-1942-LUMINOUS-CAROLE-LOMBARD-STUNNING-FINAL-PORTRAIT-LOVELY-TRAGIC-STAR-/181115684311?pt=LH_DefaultDomain_0&hash=item2a2b5605d7.

Carole's final film for Paramount, "True Confession," received a publicity push from the studio, including a program designed to cash in on the movie's title, roughly the same as a popular magazine of the time: 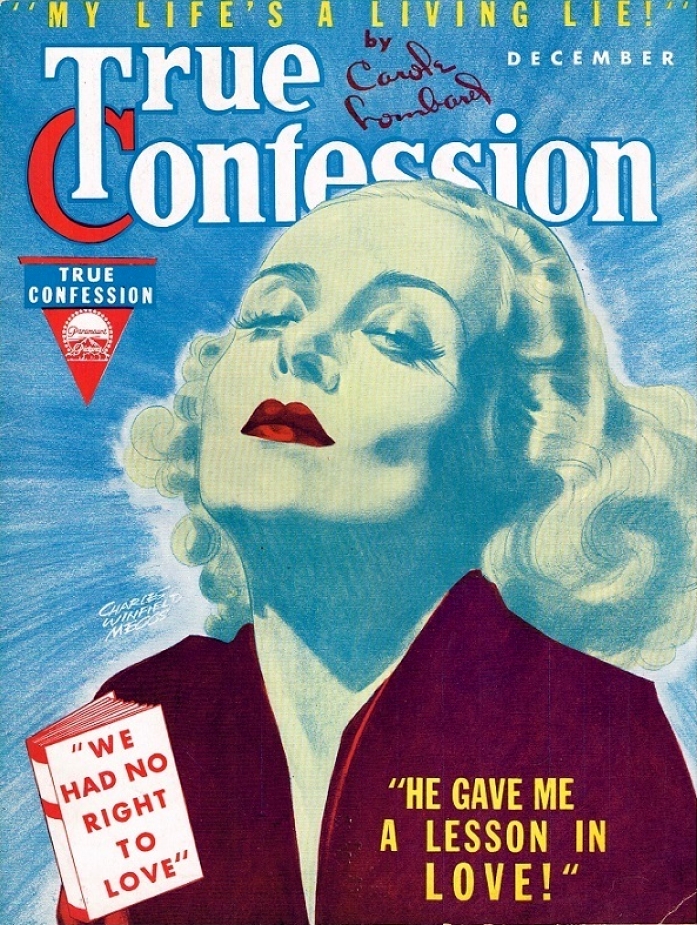 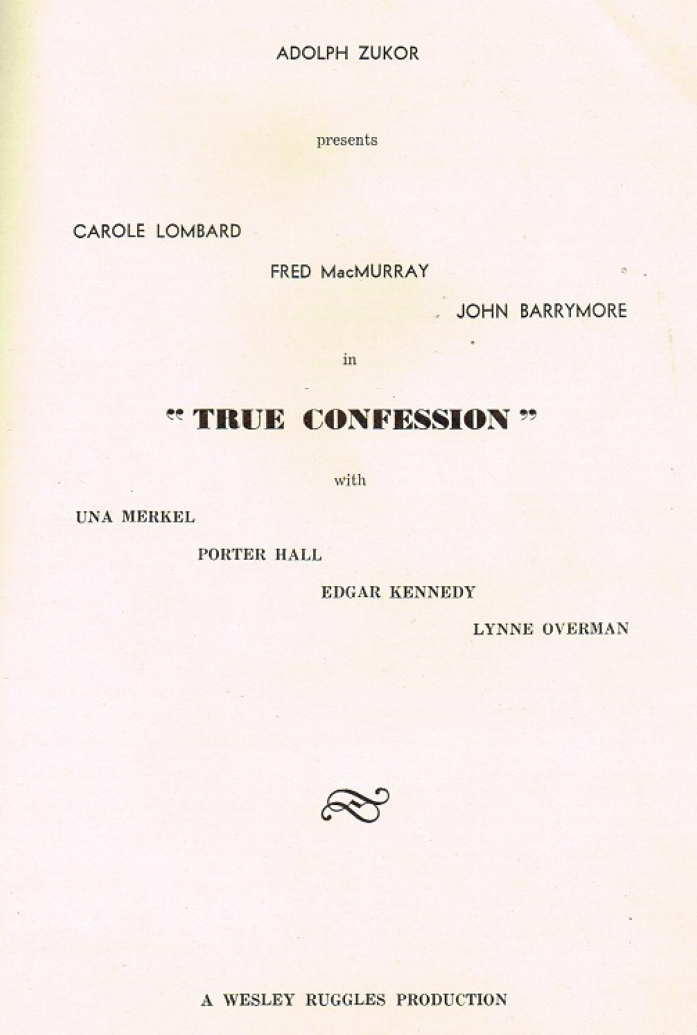 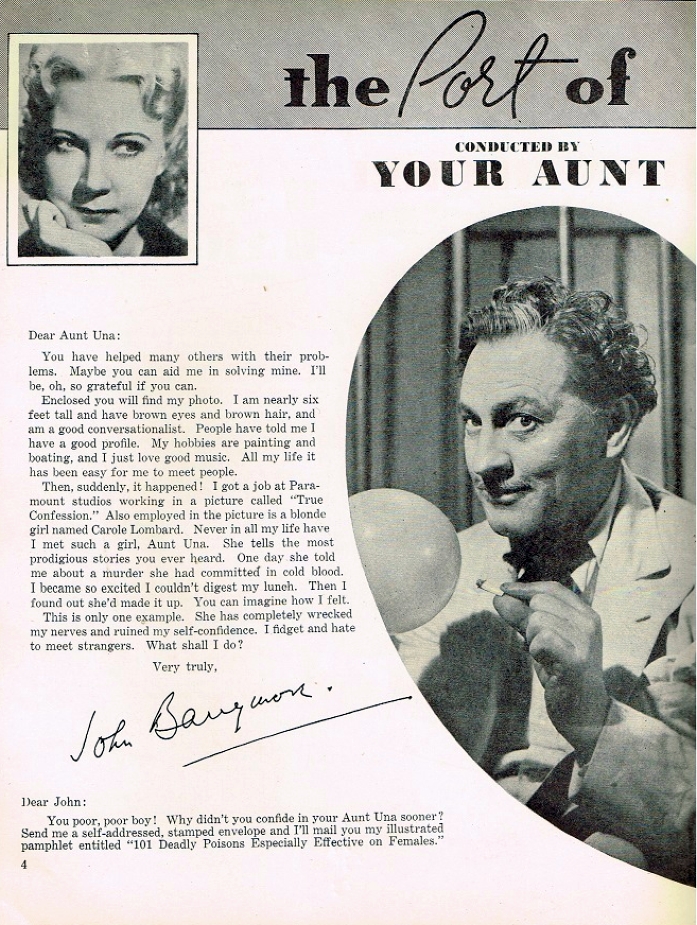 The full program ran for 20 pages and measures 8 1/2" x 11". Its seller says, "It enjoys completely respectable condition with minor imperfections and gentle traces of handling. It has been preserved for decades in an old show business file cabinet."

As of this writing, no bids have been made (the minimum is $9.95); bids close at 9:23 p.m. (Eastern) next Tuesday. Interested? Learn more at http://www.ebay.com/itm/TRUE-CONFESSION-Movie-Souvenir-Program-CAROLE-LOMBARD-John-Barrymore-/290892311194?pt=LH_DefaultDomain_0&hash=item43ba886a9a.

Finally, how about a glance at a trade magazine promoting one of Lombard's most memorable films? Here's the Motion Picture Herald for Oct. 19, 1935, featuring an ad for "Hands Across The Table": 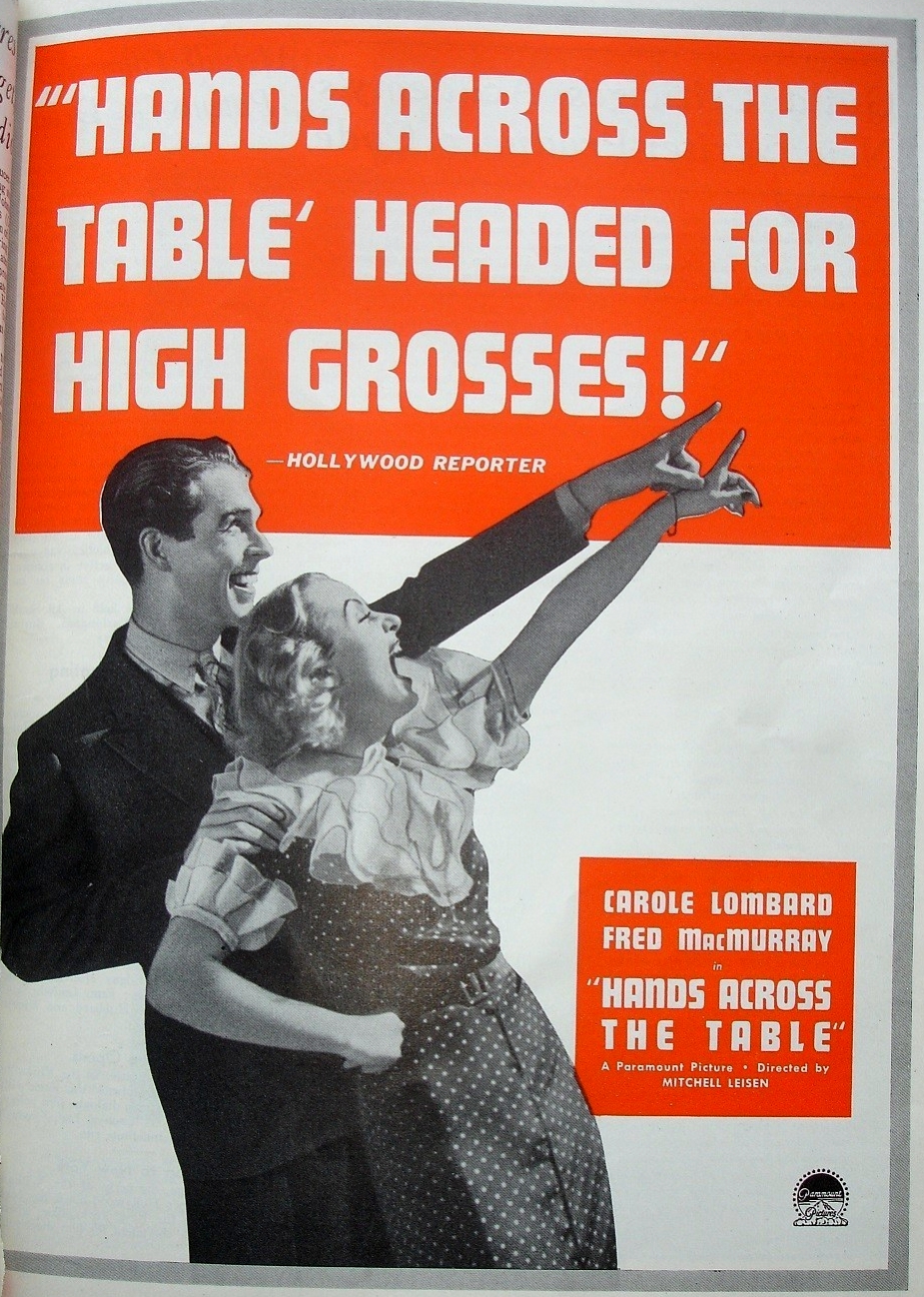 The issue contains a number of ads for other notable movies of the time, some of them in beautiful spot color: 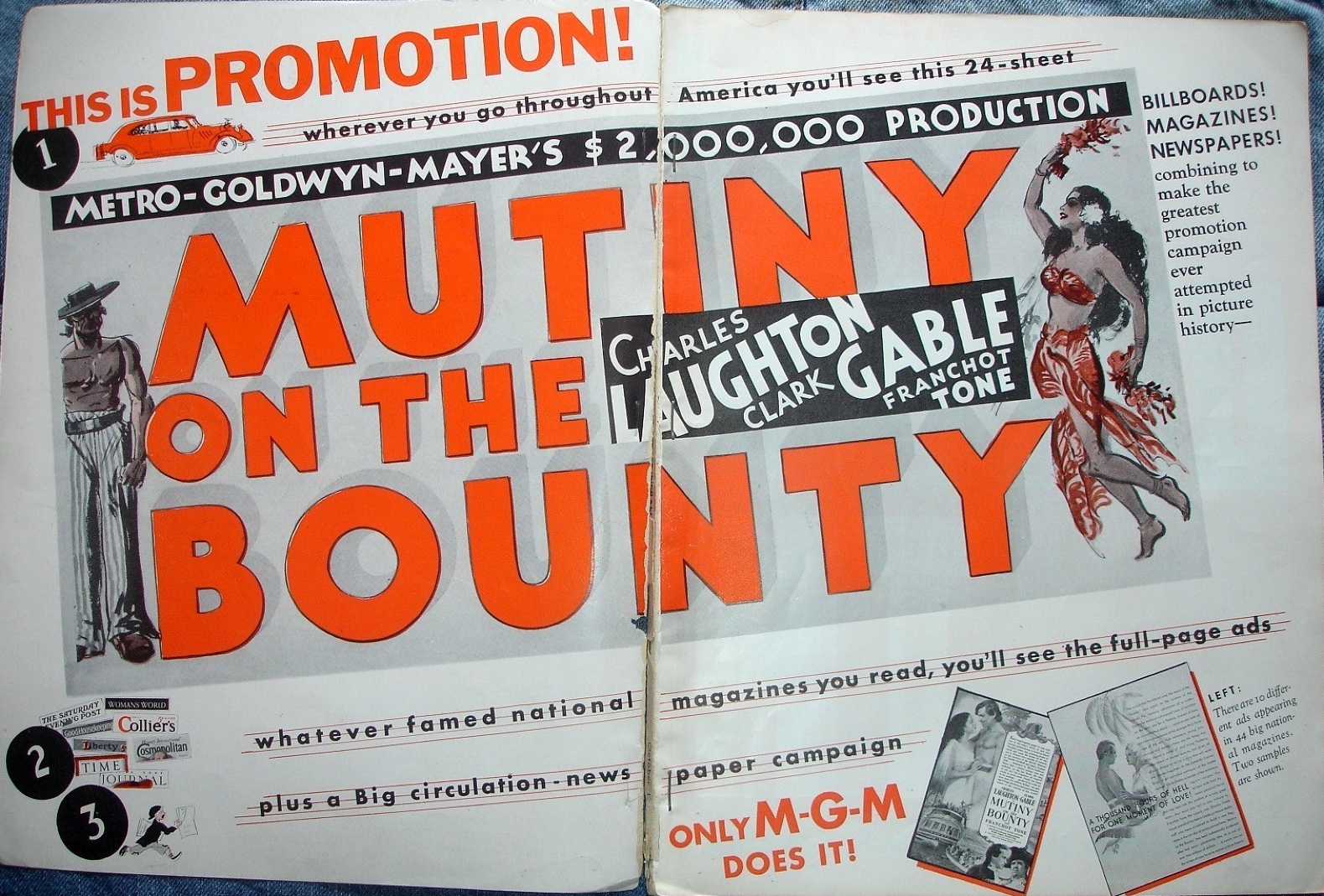 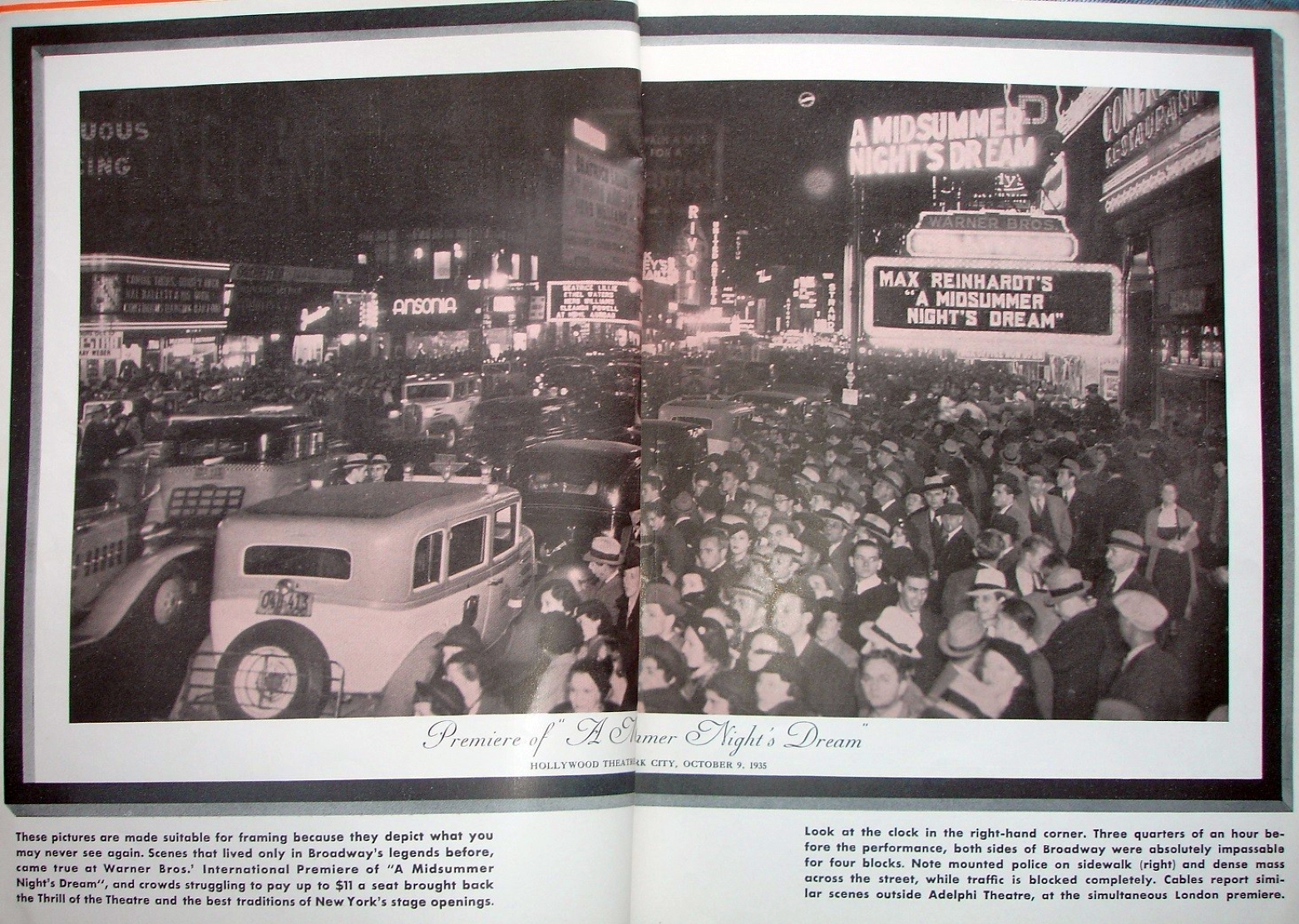 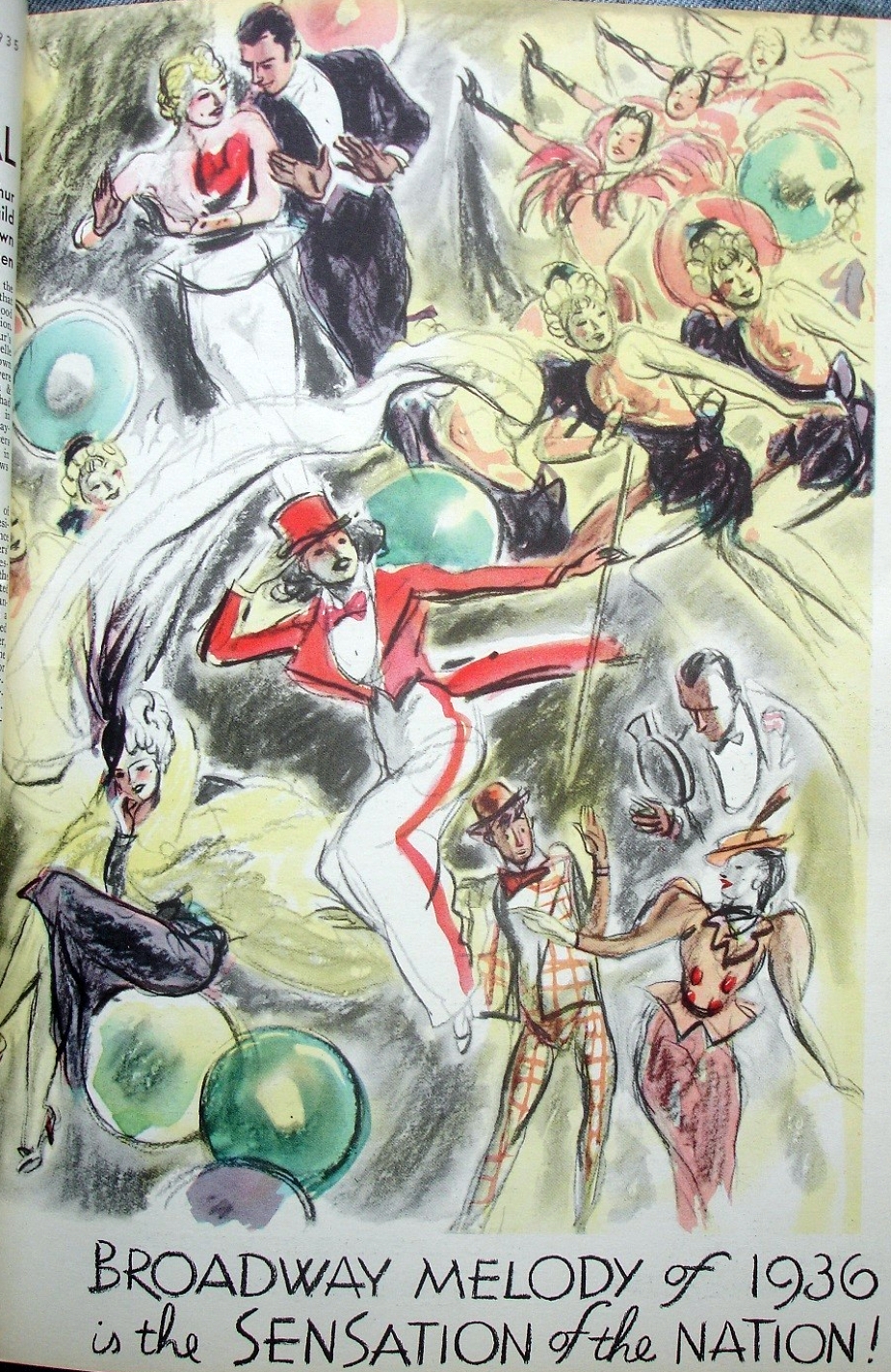 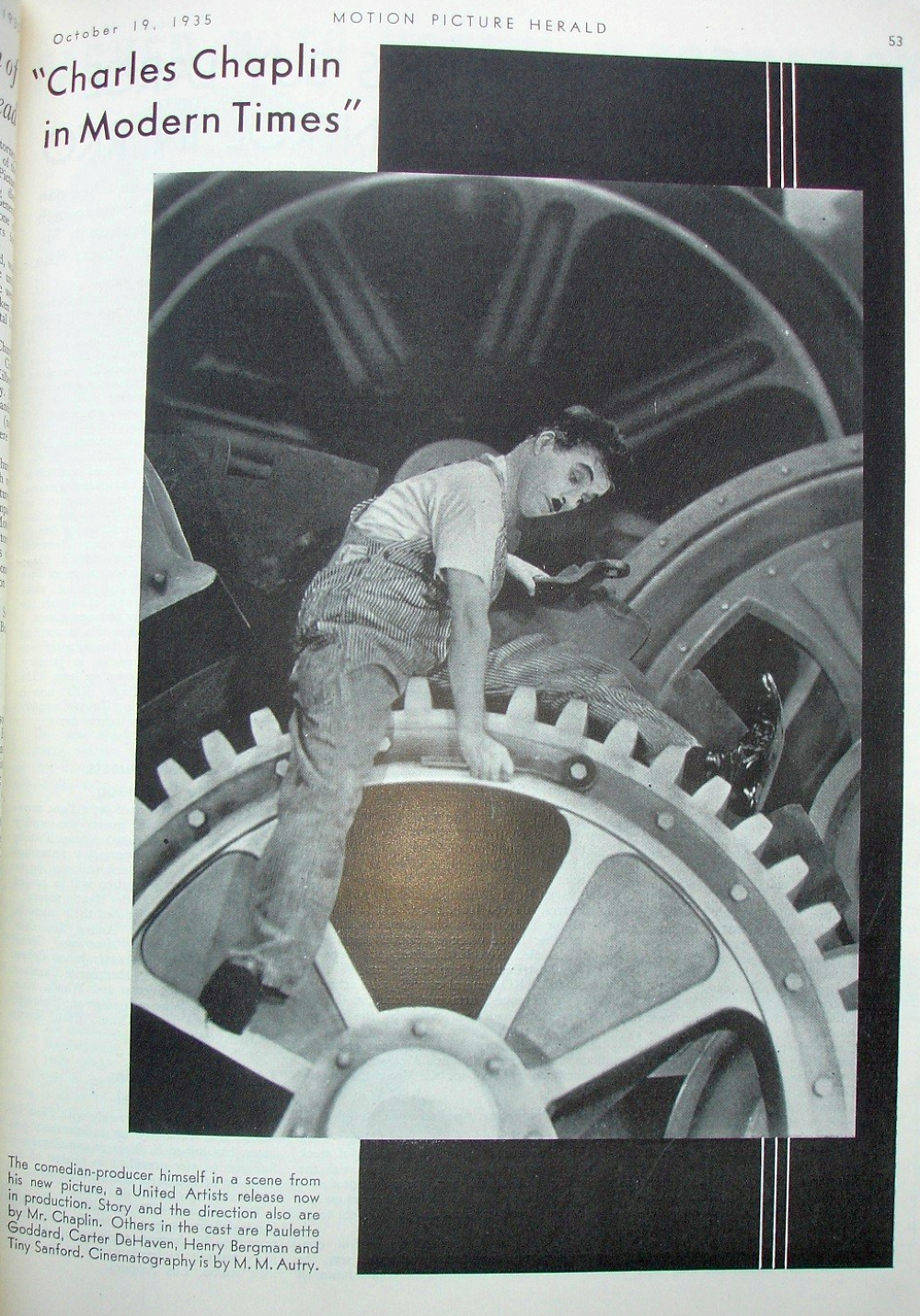 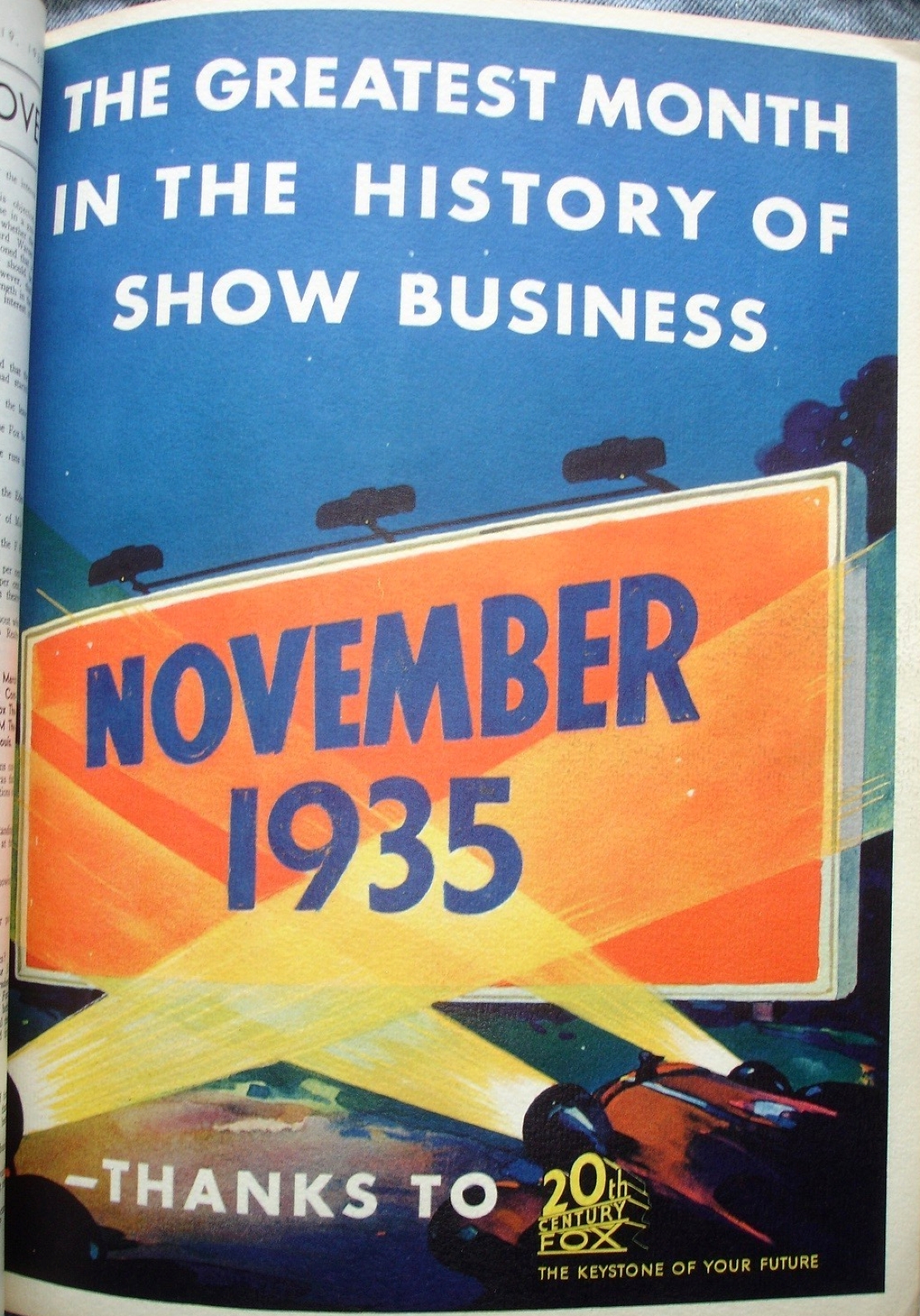 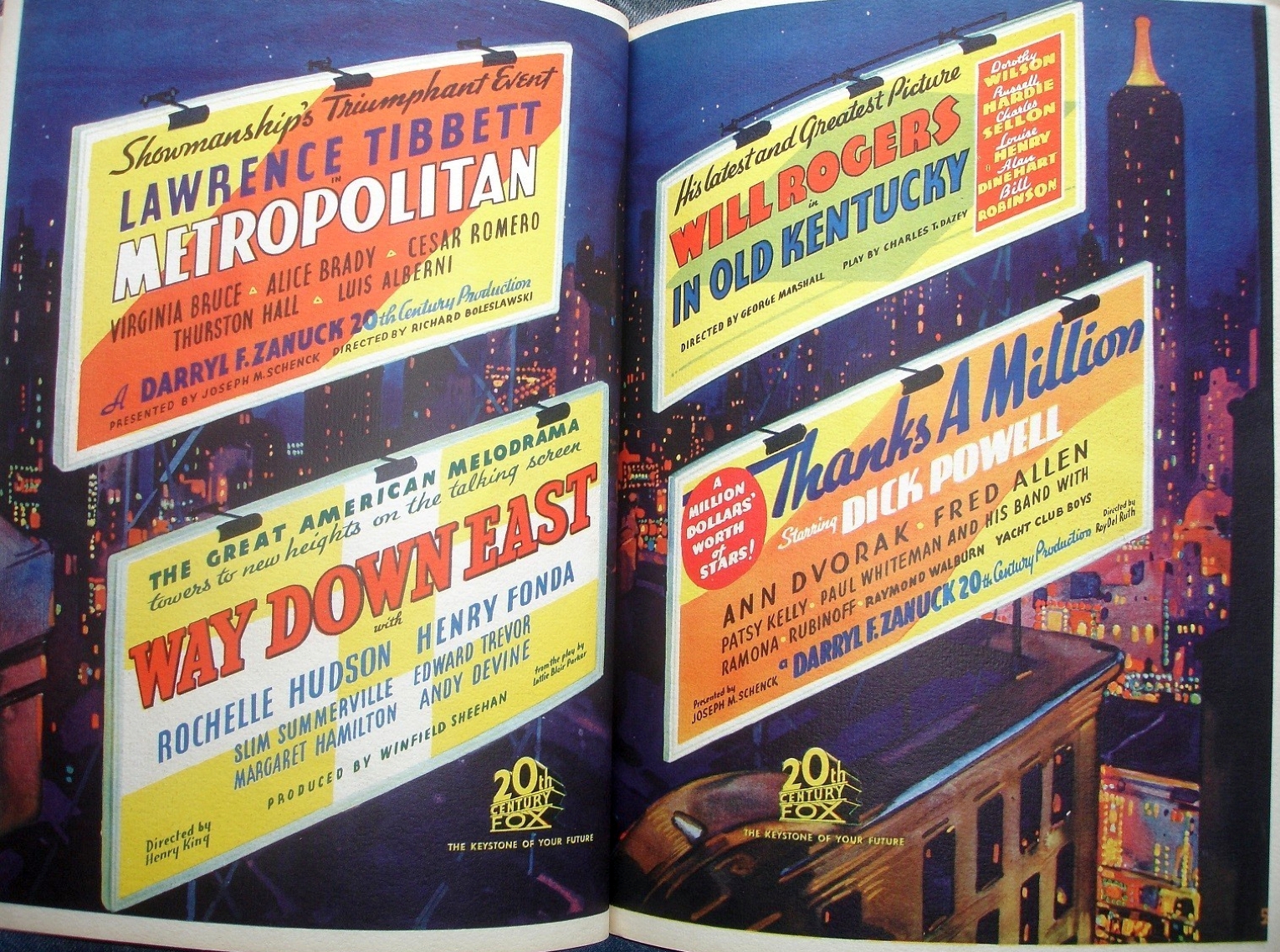 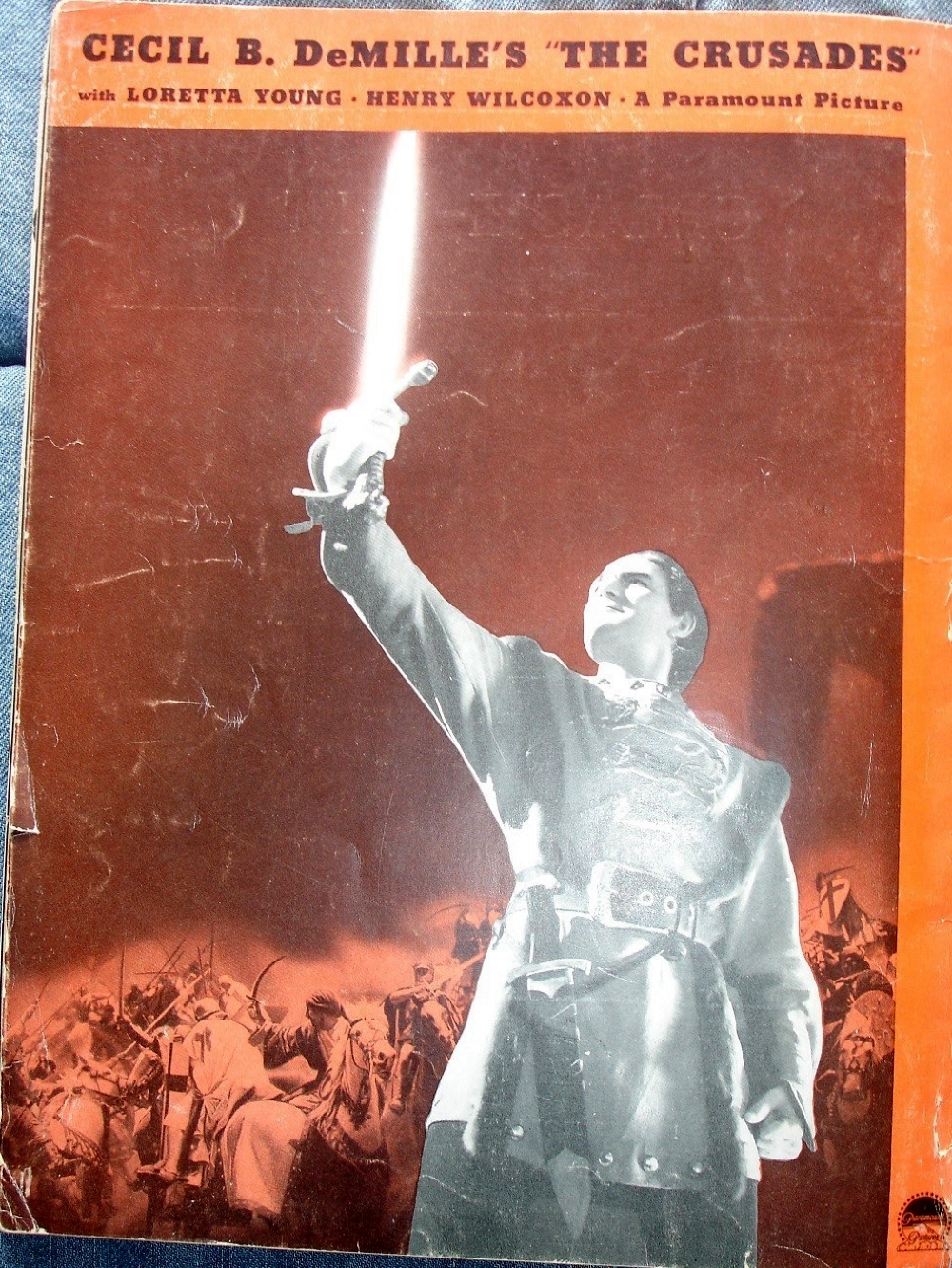 And remember to vote for Carole, if you haven't yet.
Collapse