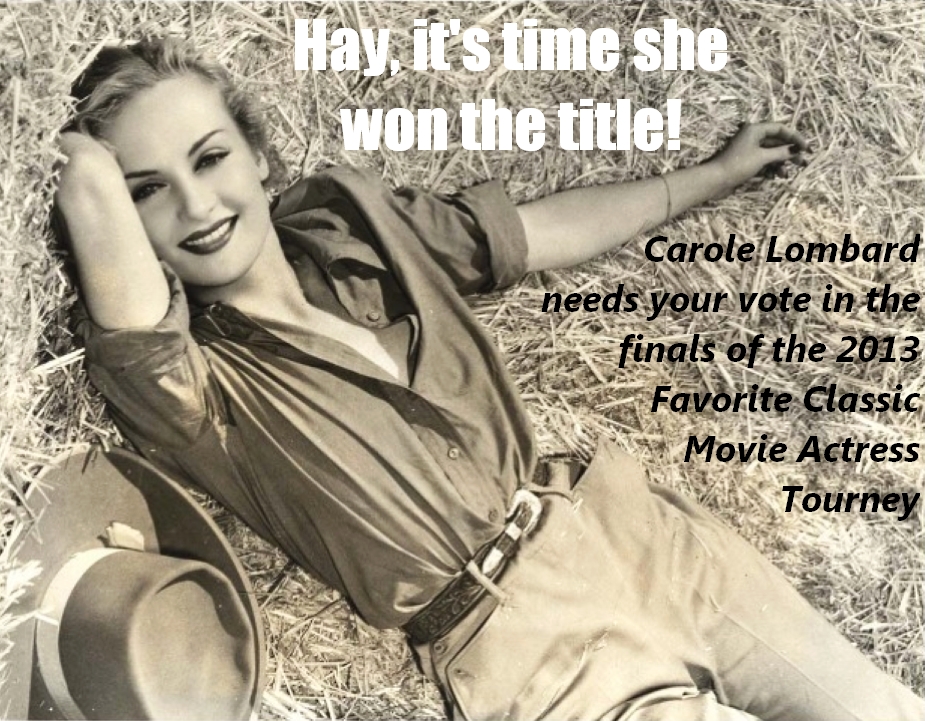 The time Carole Lombard fans have waited for since 2011 is here at last...the finals of the Favorite Classic Movie Actress Tourney (2013 version). She's faced an array of challenging opponents over the years, and this may well be her toughest yet -- Bette Davis, who won the 1940s bracket while Lombard did likewise for the 1930s. Voting will begin in a few hours and last through Sunday at http://poohtiger-allgoodthings.blogspot.com; we ask you to cast your (one) vote for Carole and get many of your friends to do likewise.

Why should they vote for Lombard? I think the photo above provides the necessary impetus: A dazzling smile, incredible sex appeal and sheer likability few actresses (past or present) can rival.

Spread the word, so that the actress who once played a "princess" can become a real queen. 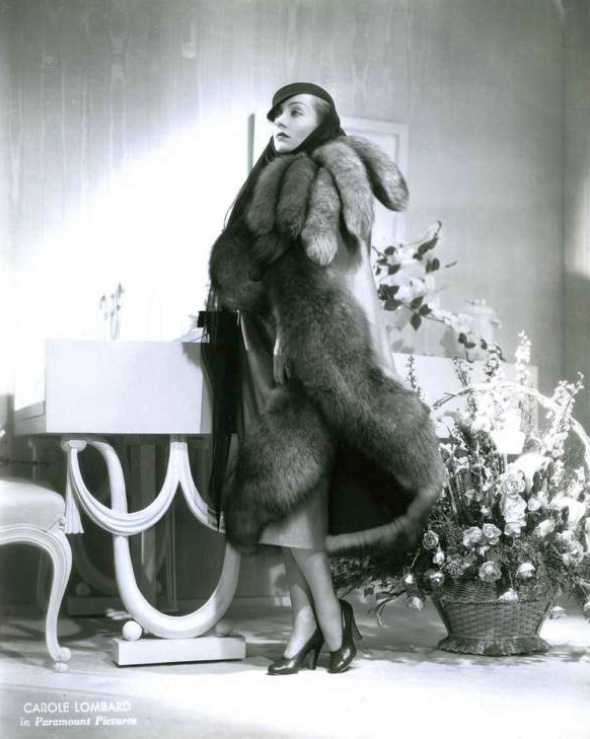 With voting now under way in the finals of the 2013 Favorite Classic Movie Actress Tourney (Carole Lombard needs your vote against Bette Davis, and you can cast your ballot for Carole at http://poohtiger-allgoodthings.blogspot.com), we thought we'd turn our attention to some wonderful news for those who love classic Hollywood history: Extensive runs of two more 1930s fan magazines are now online. 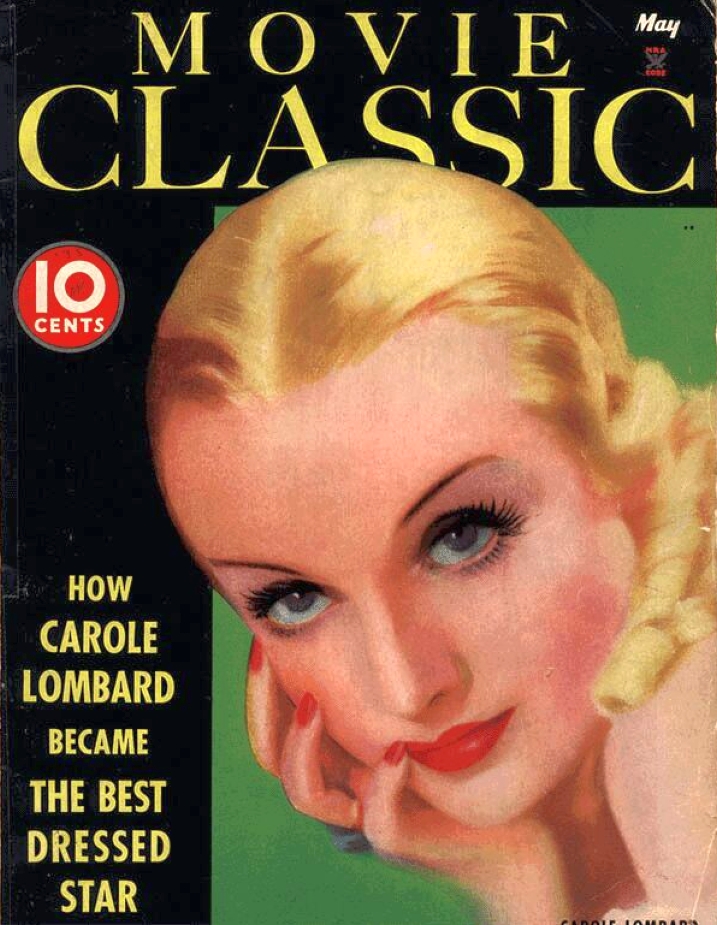 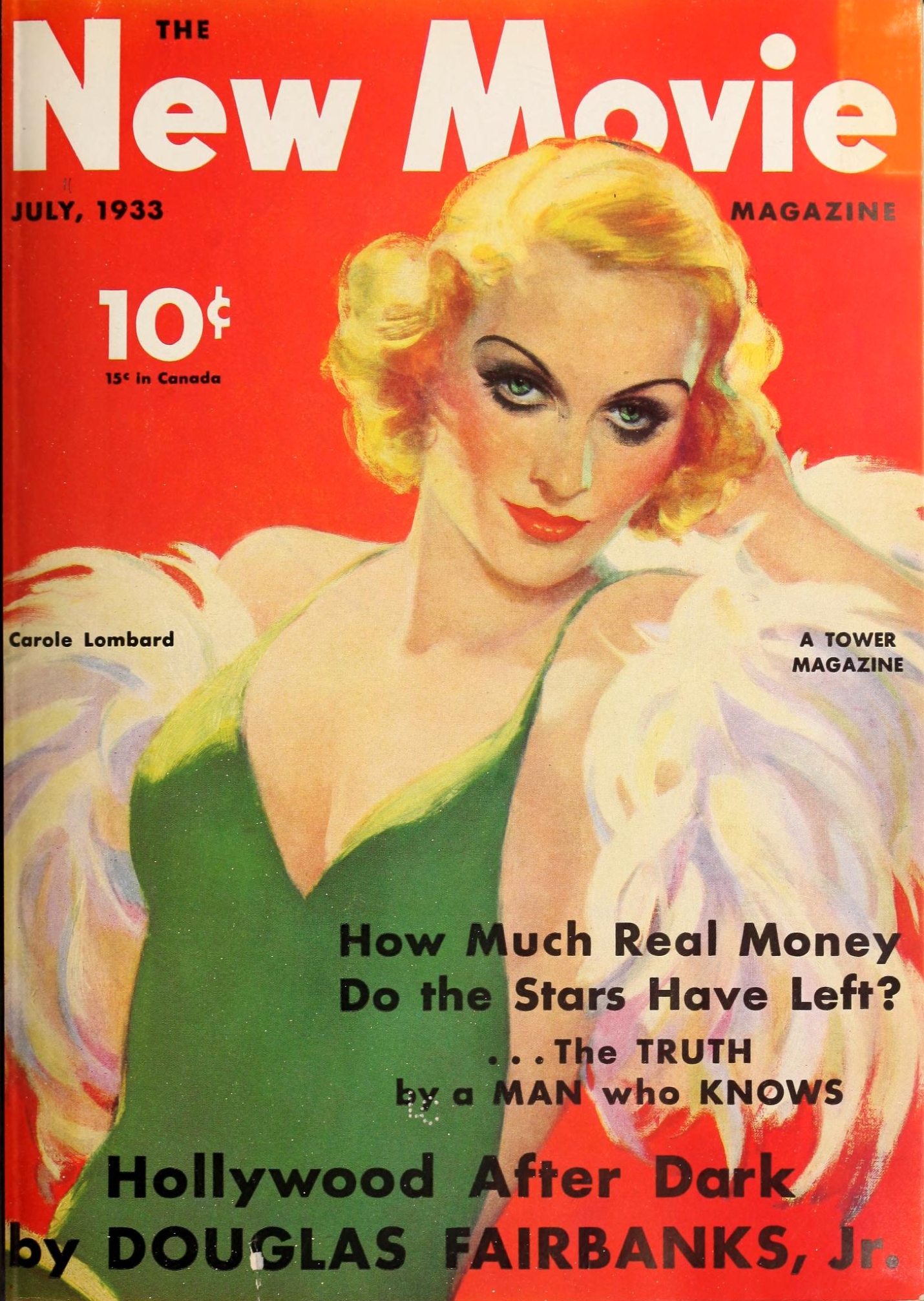 Movie Classic, which ran from 1931 to 1937, and The New Movie Magazine, printed from 1929 to 1935, have both arrived at the Media History Digital Library (http://mediahistoryproject.org/fanmagazines), joining the ranks of Photoplay, Motion Picture and Picture Play. Yes, they're fan magazines, so you have to do some careful discerning between truth and hyperbole, but both provide fascinating glimpses into the golden age of Hollywood. They make excellent research resources (and yes, Lombard biographer Michelle Morgan, we mean you).

Here's one story on Carole from each magazine that we've only previously partially printed or ran on a much smaller scale. Note that Movie Classic cover above, from May 1935, about how she became the "best-dressed star"? We now have that entire story, where Lombard -- by now renowned in the film colony for her fashion tastes -- discusses the topic (though those long comments of hers lead one to believe that the author, Dorothy Kugler, didn't quote her word-for-word): 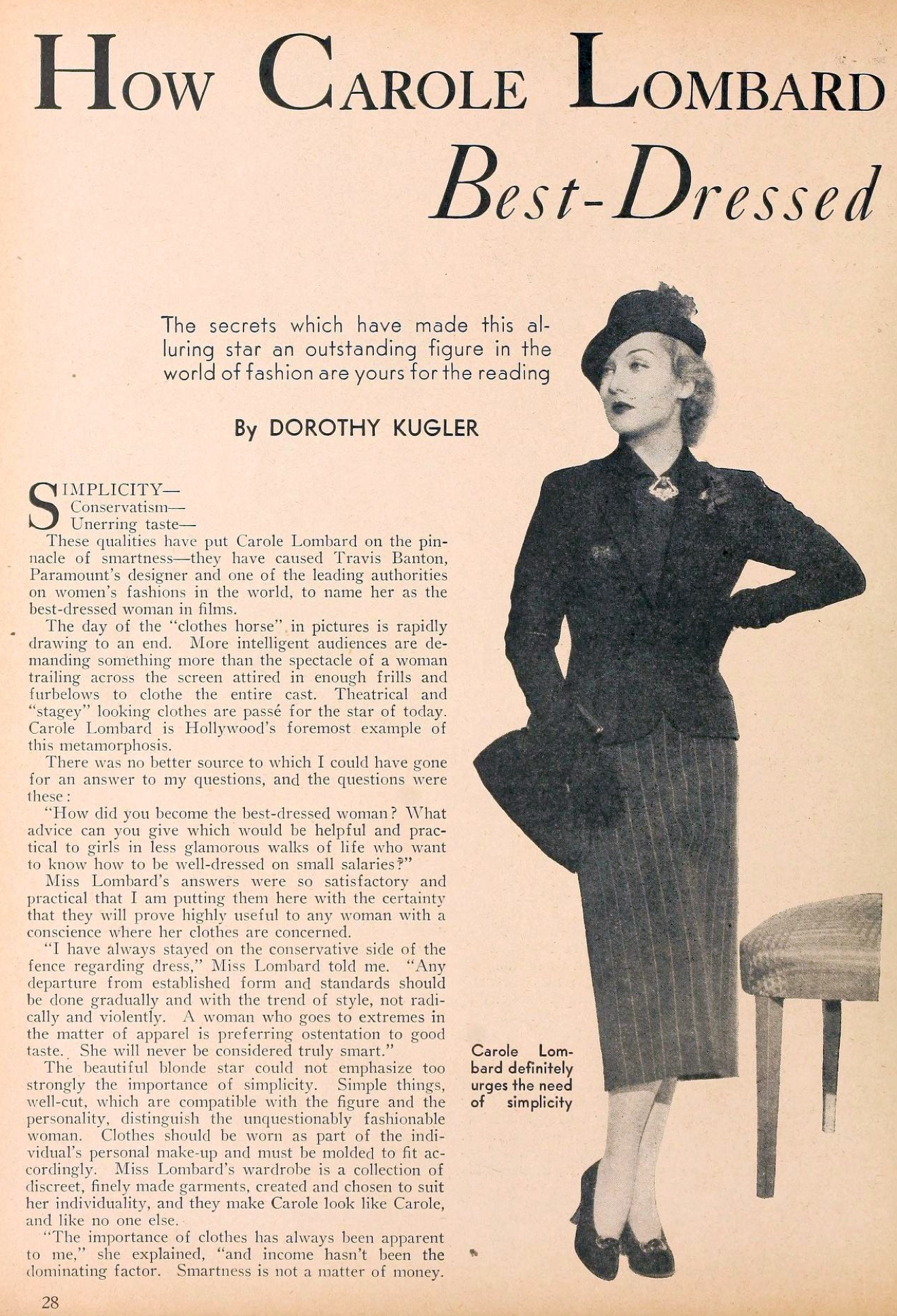 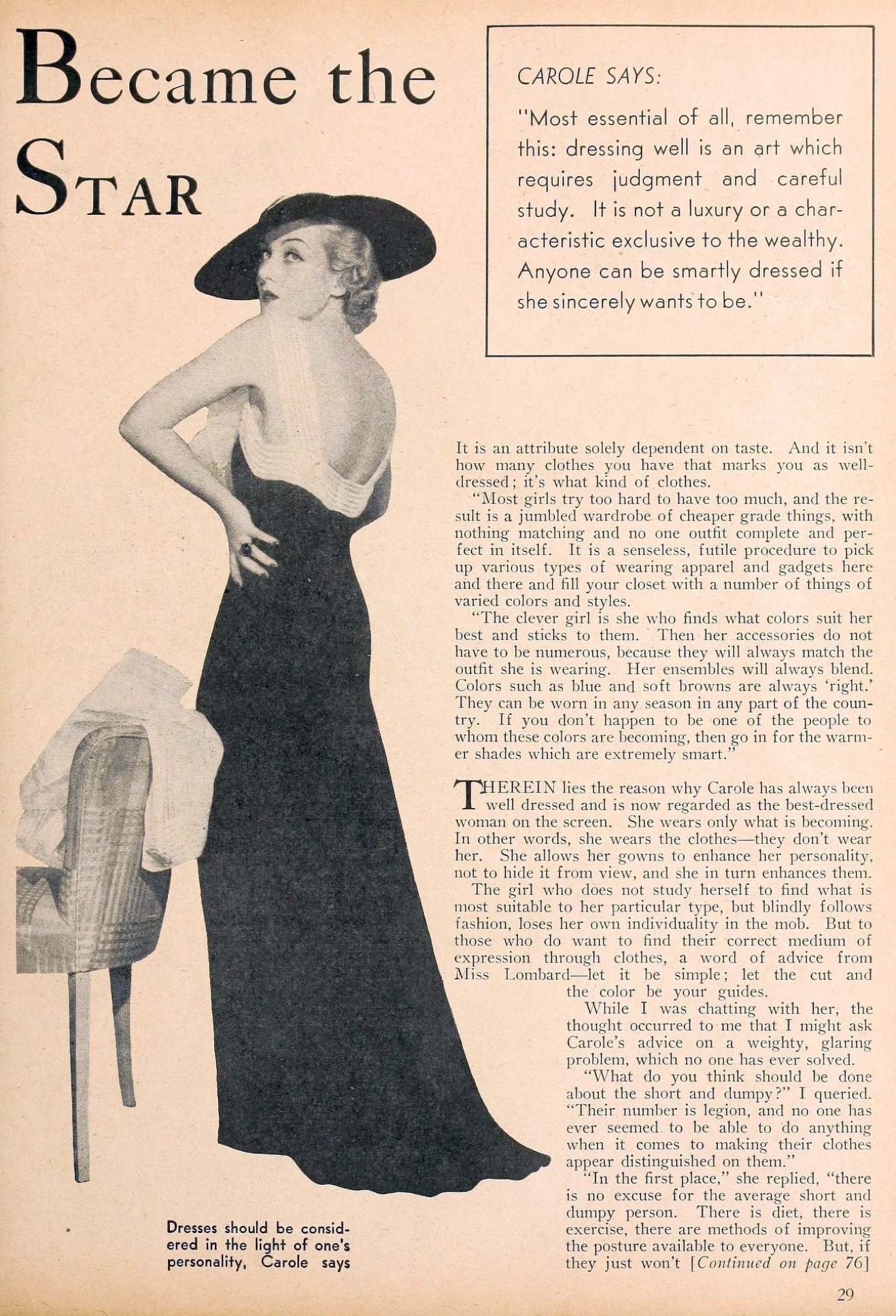 The cover above is from July 1933, but the following article, on Lombard and her home town of Fort Wayne, Ind., ran in The New Movie Magazine of September 1931 -- about the time Bing Crosby and other artists had hits with "I Found A Million Dollar Baby (in a Five and Ten Cent Store)." For fans of Carole who shopped at Woolworth, this story was worth a million dollars...and check out the rare photo of her on the second page, from the period in between her movie debut in 1921 and her going full-time into the business in 1924: 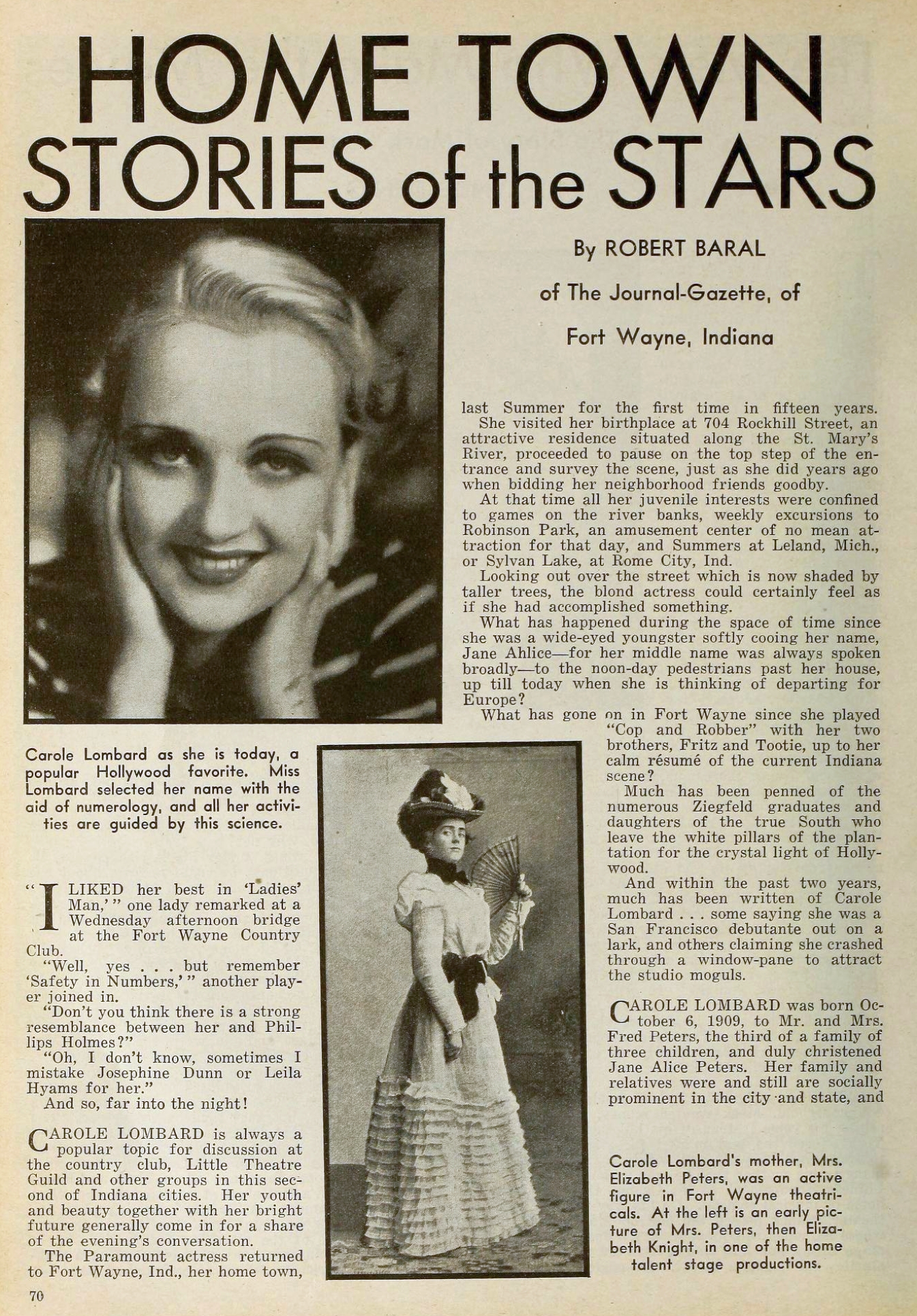 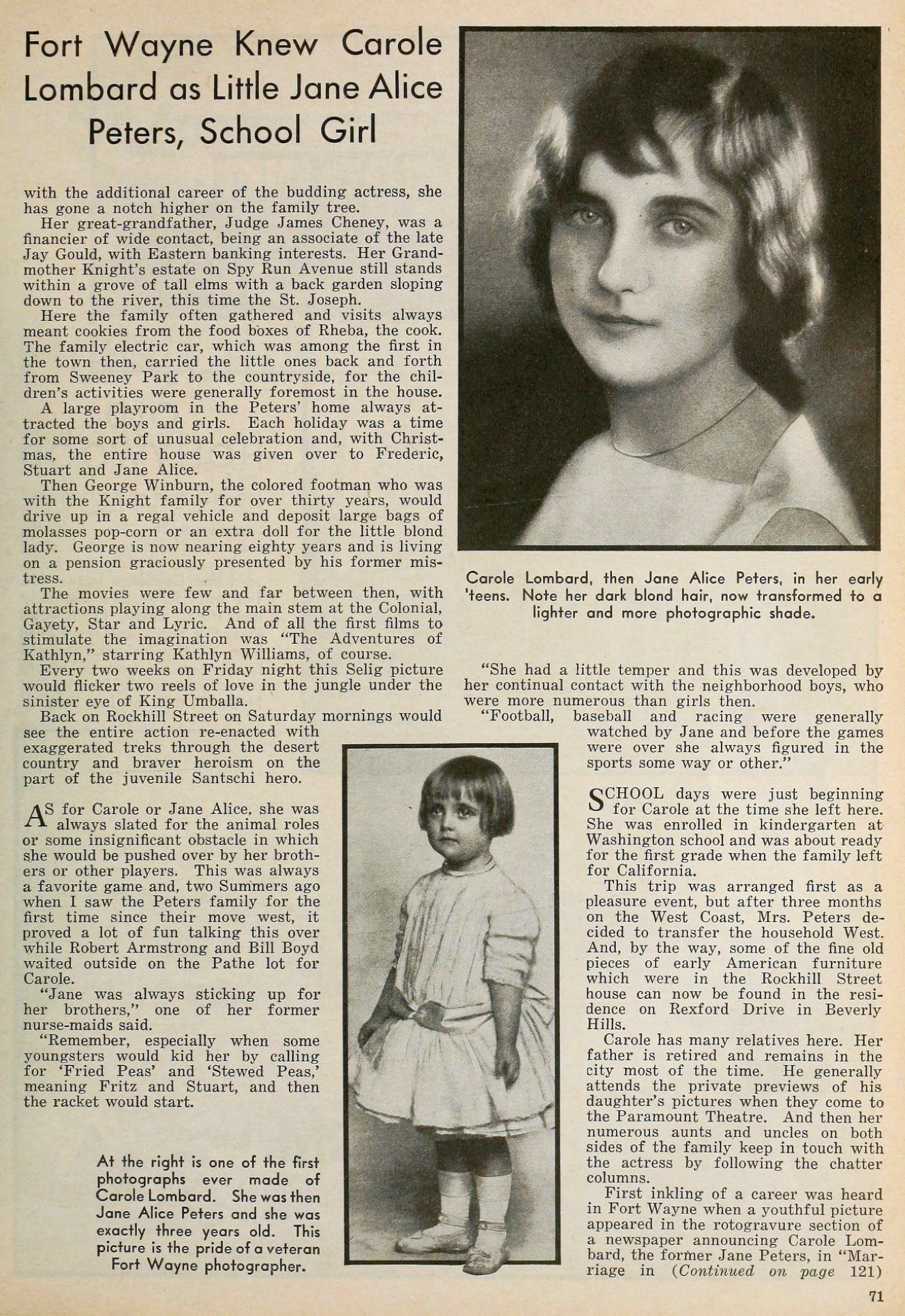 Delightful stuff -- and we'll have more goodies from both magazines in the future.
Collapse