...well, maybe it is for men's and women's college basketball, but the one we're talking about is the 2013 Favorite Classic Movie Actress Tourney. It's slated to begin sometime this morning and will last through either Monday night or Tuesday morning.

Carole Lombard, a final four participant for the first time after capturing the 1930s bracket, will take on '50s winner Doris Day. Whomever wins that meeting takes on the survivor of the other semifinal, pitting '40s winner Bette Davis against '60s champ Diana Rigg.

And yes, we have created yet another Lombard banner to spur Team Carole into voting: 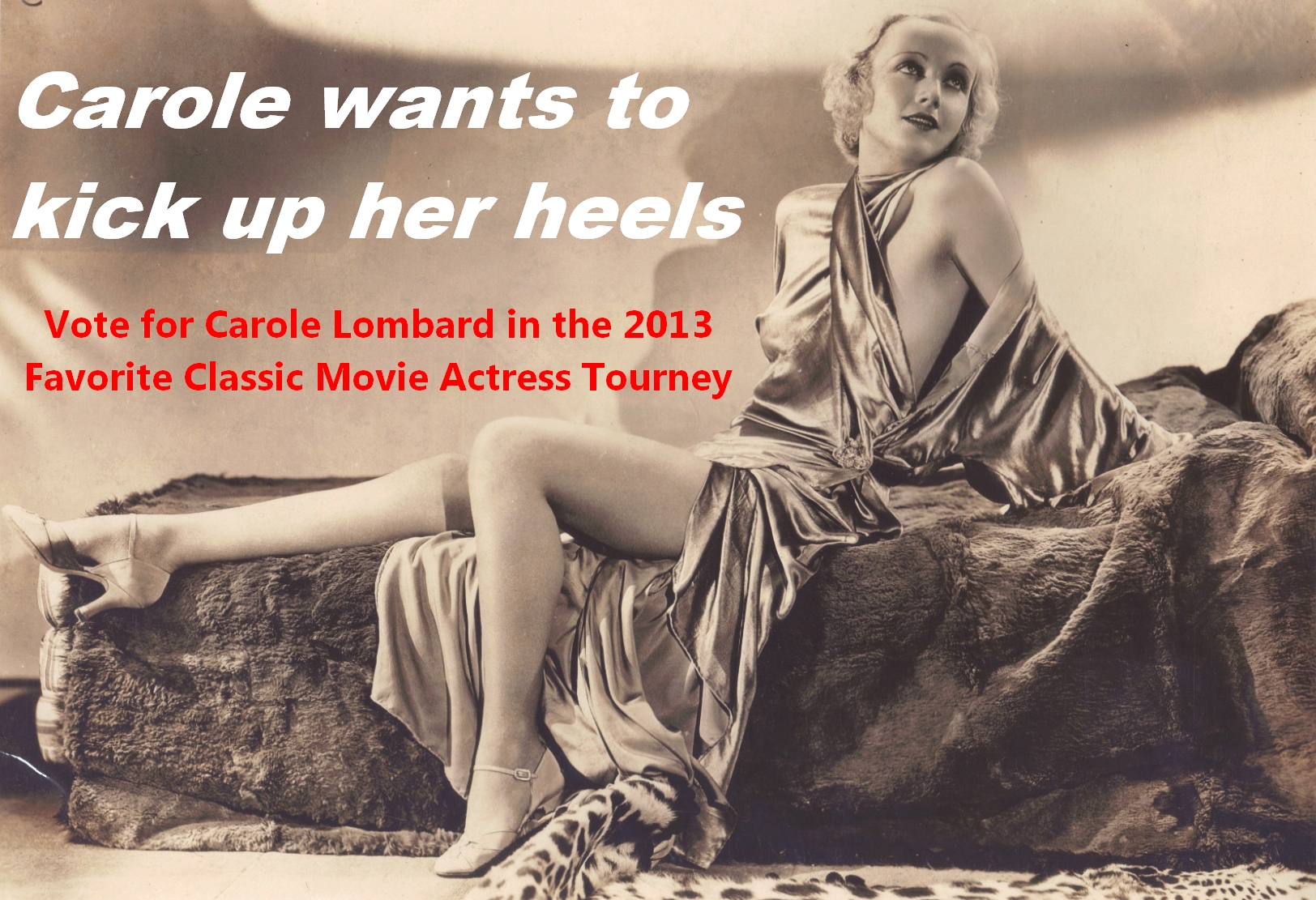 It's hard to gauge this match. Carole won her first four matches this year fairly easily, and then overcame a strong challenge from Barbara Stanwyck to finally catch the '30s bouquet after being the bridesmaid the previous two years. Day easily defeated four of her five foes so far this year, but squeaked by Audrey Hepburn by two votes in her '50s semifinal. She has plenty of fans, as does Lombard, so every vote will count.

As in the past, you can cast your vote at http://poohtiger-allgoodthings.blogspot.com. And tell your friends to do likewise for Lombard. Oh, and Doris -- just a reminder that you're not the only one in this tourney who loves animals... 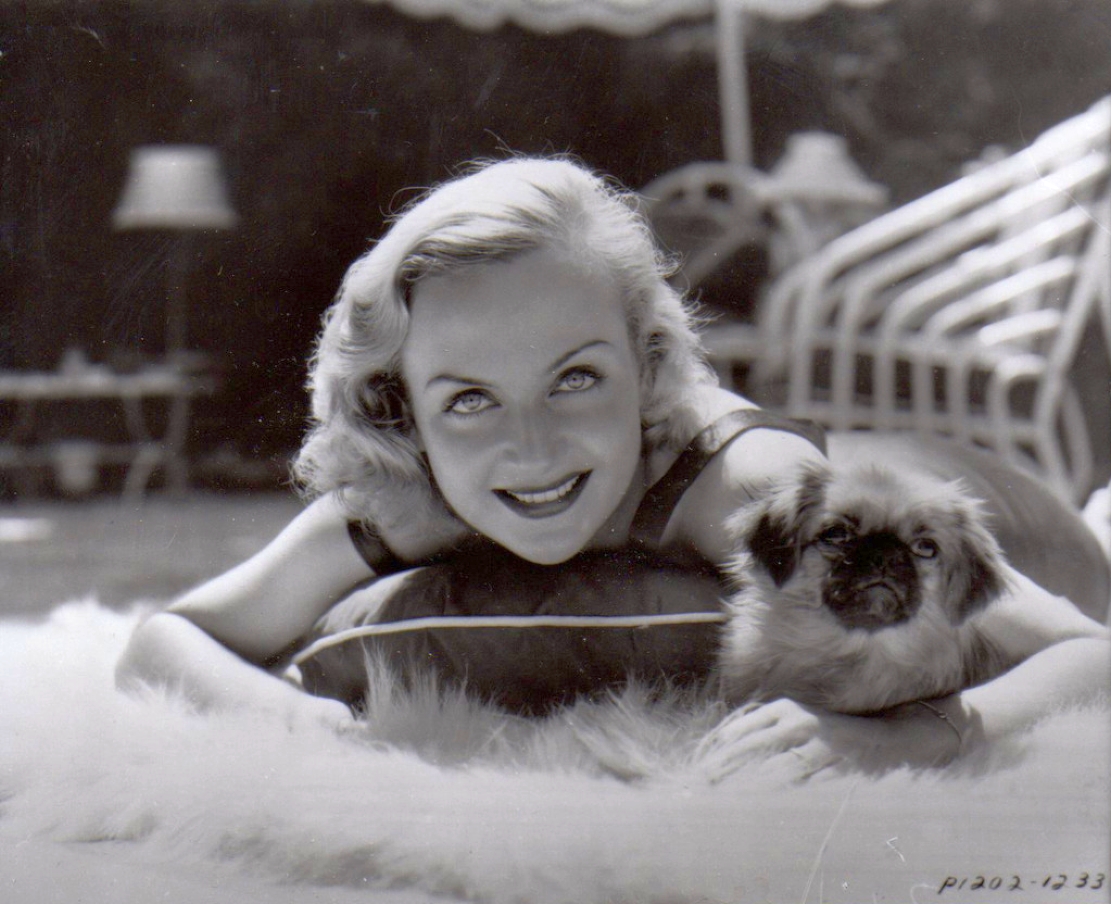 Our LiveJournal header commemorates Carole's marriage to Clark Gable, which took place 74 years ago today. It shows the couple meeting the press at Lombard's house the day after they wed.
Collapse