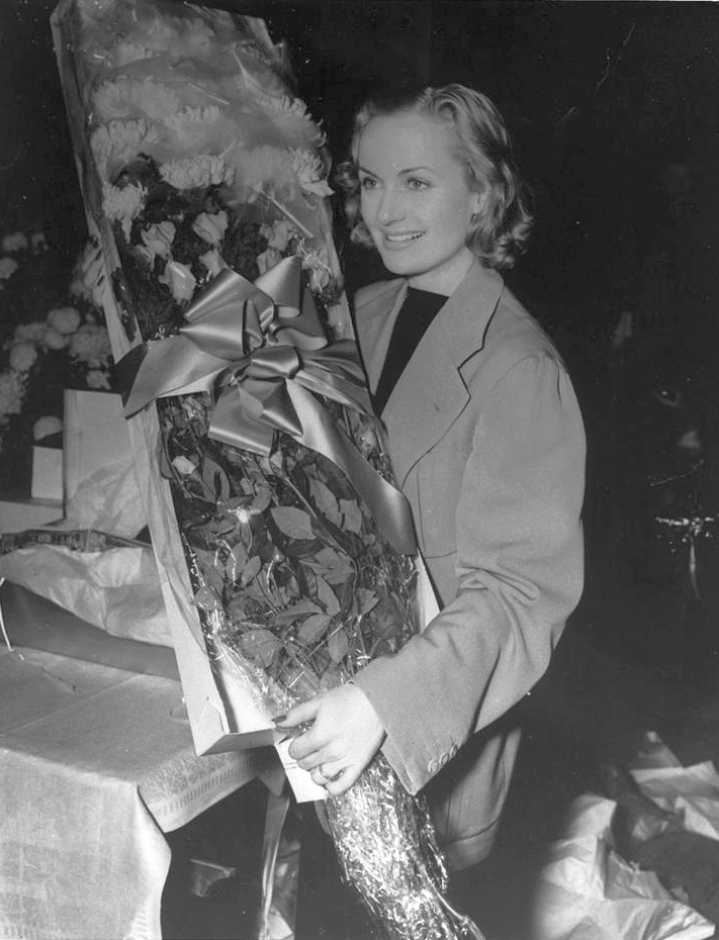 Carole Lombard is glad to finally capture the roses. After two years of finishing runnerup in the 1930s bracket, she broke through to win in the 2013 version of the Favorite Classic Movie Actress Tourney. Lombard beat a game challenger and good friend, Barbara Stanwyck, by a 36-27 count.

But things aren't over yet. Carole now advances to the final four, facing '50s champion Doris Day in one semifinal. (Day trounced Ava Gardner, 40-19.) That winner will face either '40s champ Bette Davis (a 25-13 conqueror of Rita Hayworth) or '60s winner Diana Rigg (who topped Shirley Jones, 30-17). The semifinals begin Friday morning and will run through Monday afternoon; you'll be able to vote at http://poohtiger-allgoodthings.blogspot.com/.

So spread the word to your Lombard fan pals that she'll need your vote again (and, if things go well, once more after that). For now, though, celebrate. There's plenty to smile about. 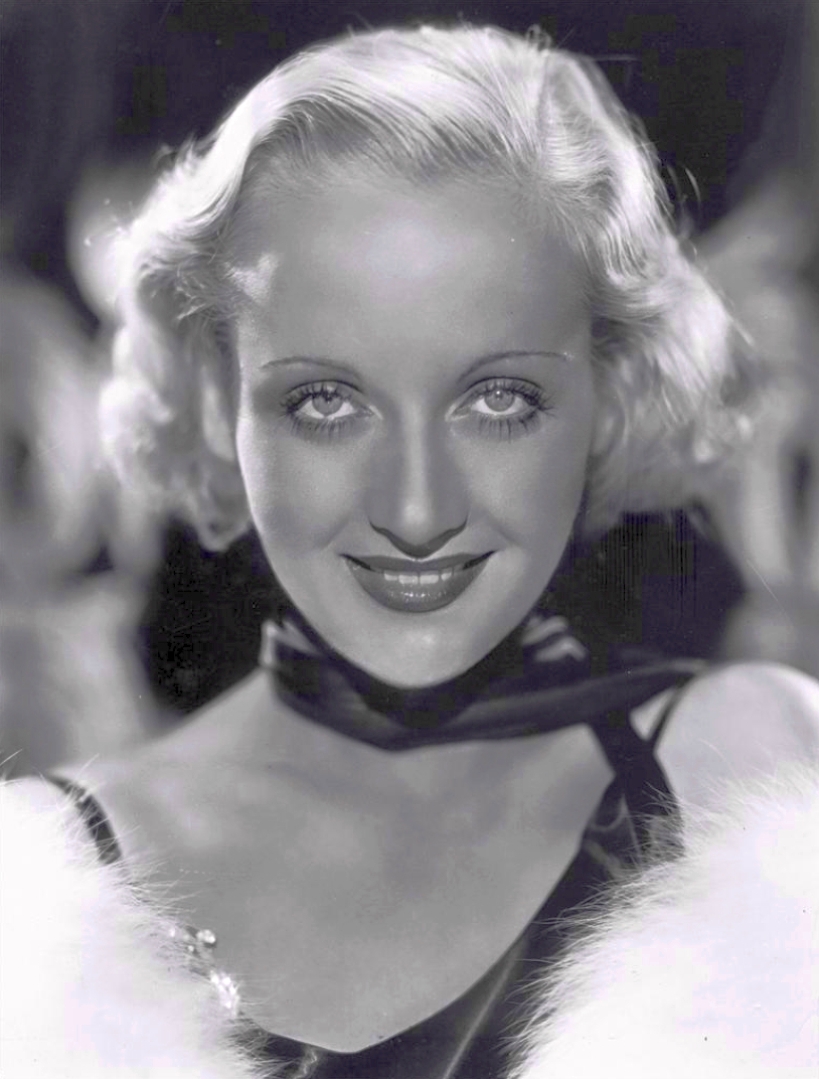 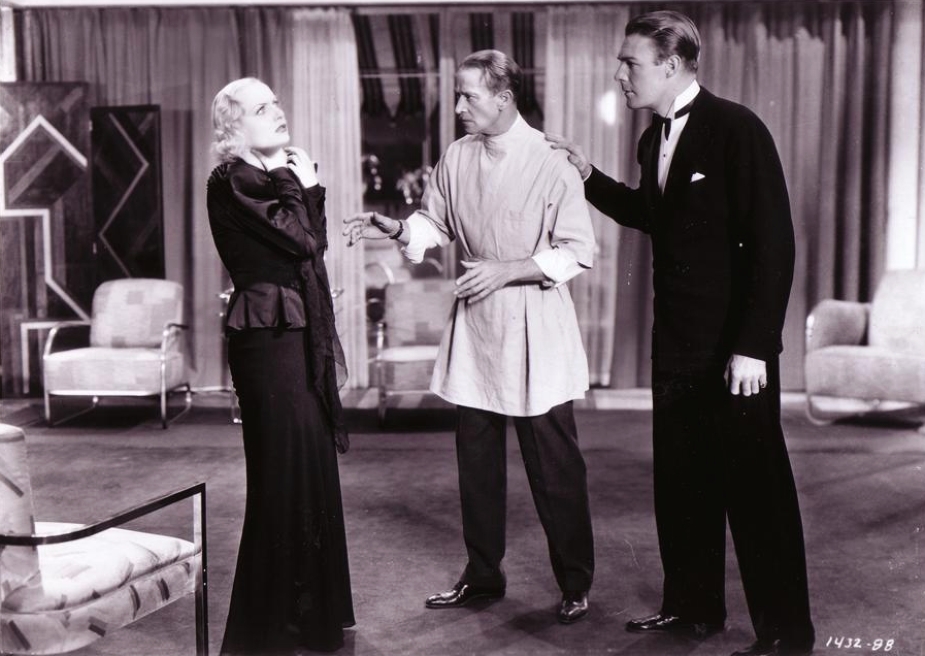 From all that's been written about Carole Lombard's disdain for being cast in "Supernatural," one almost senses that during production she wished she could strangle herself (or, more likely, the Paramount exec who put her there). Nevertheless, while this 1933 occult programmer certainly wasn't her cup of cinematic tea, it's a reasonably well-made film and Lombard does what she can with it in a genre she cared little for. In fact, the film led one fan magazine at the time to label her the "Sheba of Shivers," and one can only imagine her reaction to that (http://carole-and-co.livejournal.com/335692.html).

Now, "Supernatural" has been restored to its full horrific glory, thanks to the preservation department at the UCLA Film & Television Archive. And Saturday evening at the Billy Wilder Theater on the Westwood campus, you can see the finished product as part of a twin bill with another restored Paramount movie, the 1934 drama "Double Door."

"Supernatural" was restored from a 35mm composite nitrate print and 35mm acetate fine grain master, both found in Universal Pictures' vault of the pre-1948 Paramount product it owns. UCLA has been celebrating its restoration work all month with its Festival of Preservation. 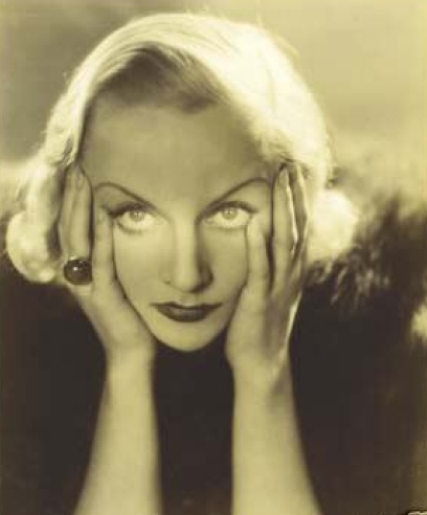 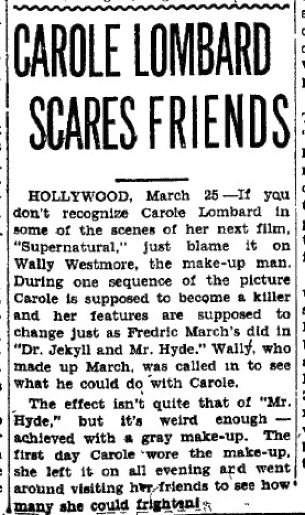 Scott MacQueen, head of the UCLA preservation department, writes in the notes to "Supernatural":

"Carole Lombard is said to have despised being assigned the movie, making the vitality of her essay in demonic possession all the more impressive as she channels the brassy hysteria of Vivienne Osborne's doomed-to-die murderess, seen indelibly in the first reel. Arthur Martinelli's constantly roving camera, punctuated with unexpected lightning set-ups, is complemented by the uncredited music by Karl Hajos and Milan Roder. It is among the first original dramatic scores of the 1930s (and includes a brief but surprising quotation from Bruckner's Symphony No.3).

"Perhaps the most unusual aspect of Supernatural is its depiction of characters who laugh in the face of death, a risus sardonicus that occurs three times in the course of the story before its apotheosis at the climax."

MacQueen will be on hand for the showings of the films; perhaps he can tell us if restoration of any other Lombard films is on the docket.