Pathe's William E. Thomas was arguably the first studio staff photographer who found something magical in a young actress named Carole Lombard (although at Pathe, she was labeled Carol, no "e"). His portraits captured a sensuality in Lombard, just out of her teens -- and while other portrait takers refined her image as she matured, Thomas' work has its own seductive qualities.

We've run quite a few Thomas pics over the years, and now one more has emerged. Take a look at this: 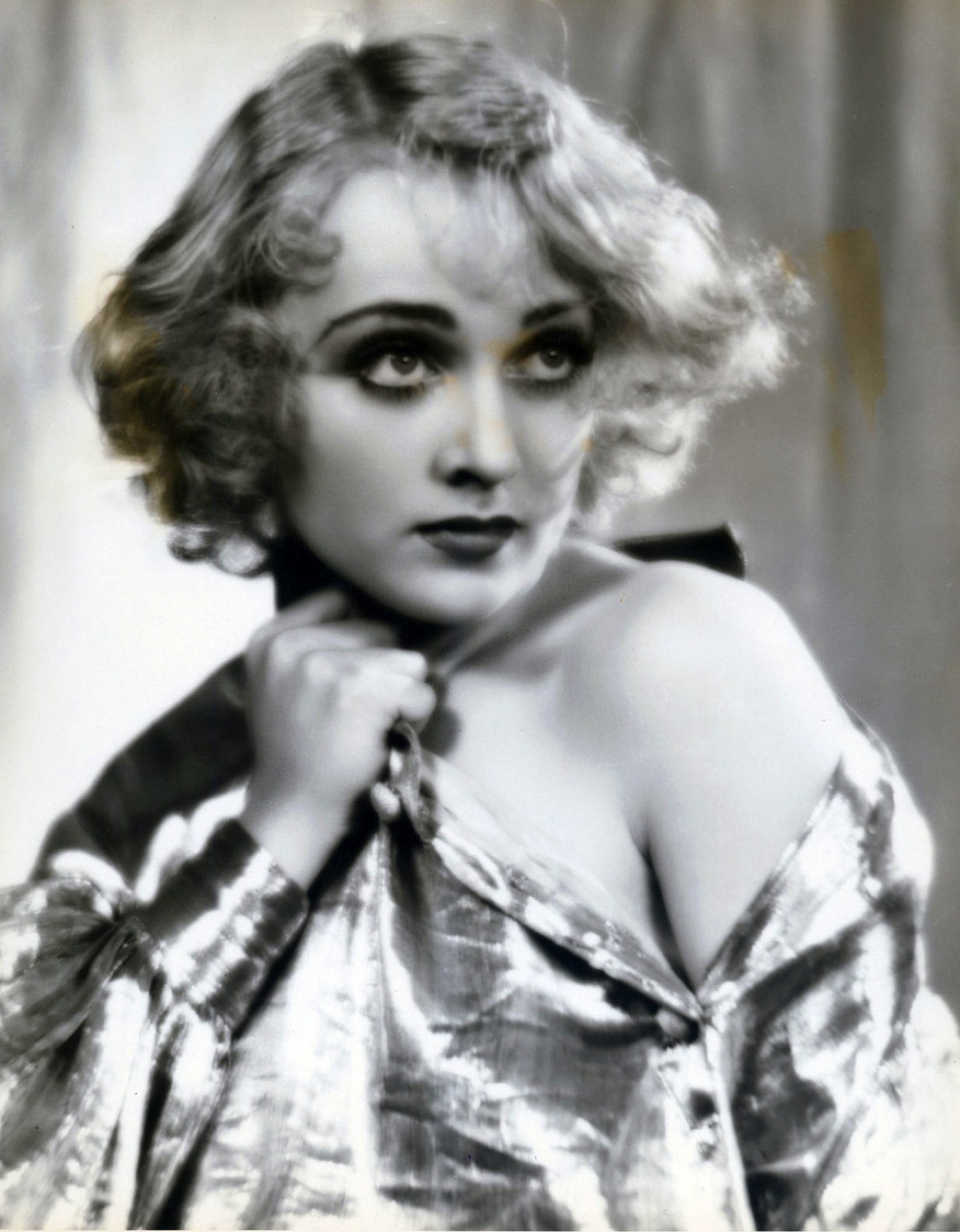 This has no Pathe number ("cl-xx"), but the back of the photo features a snipe: 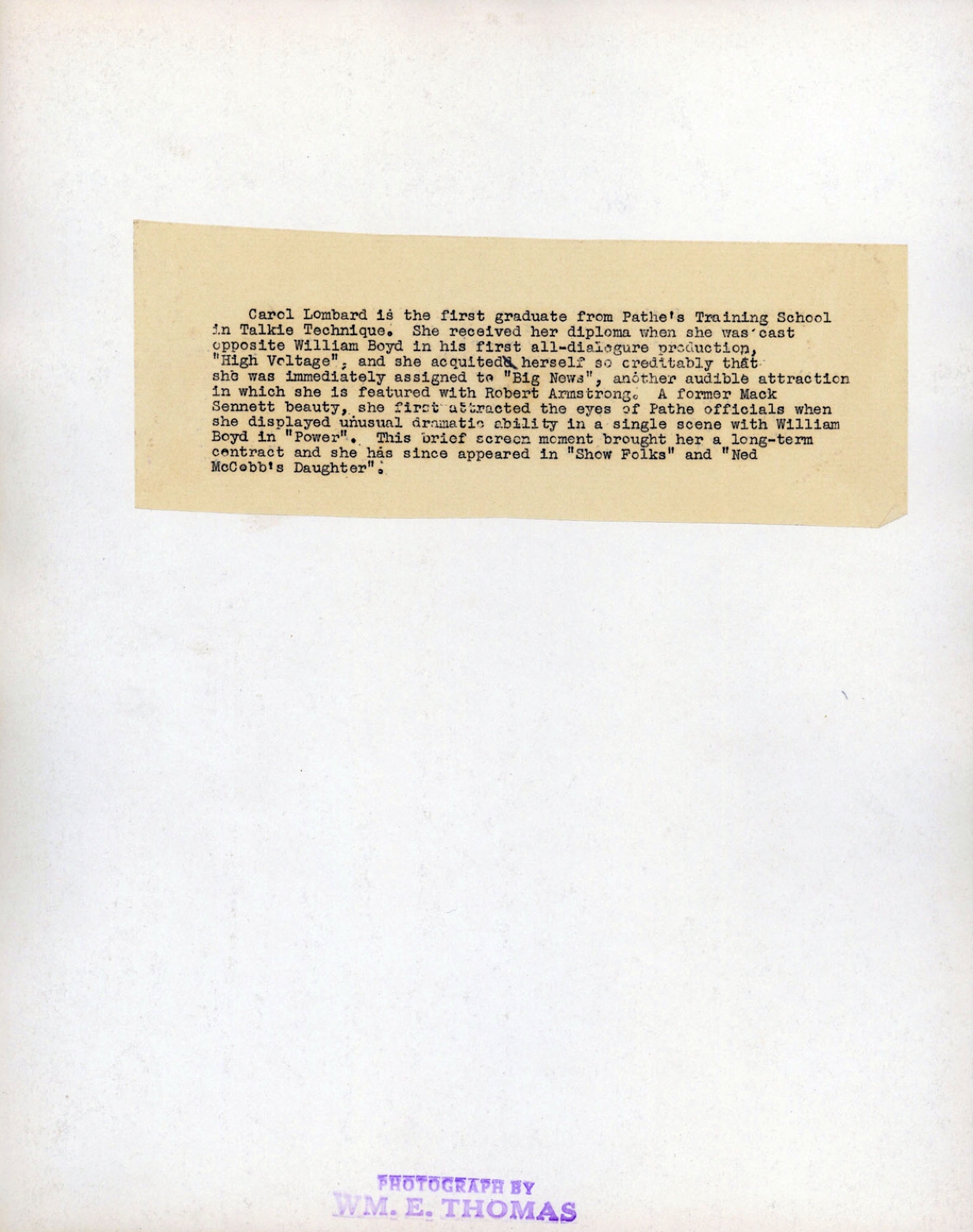 Can't read the snipe? Let's hone in on it:

So Lombard's the first graduate from "Pathe's Training School in Talkie Technique"? What an honor...and now she's in the studio's latest "audible attraction," the newspaper drama "Big News."

As of midnight (Eastern), Carole has a 24-18 lead over Barbara Stanwyck in the finals of the 1930s bracket of the 2013 Favorite Classic Movie Actress Tourney. She needs your vote, if you haven't done so already. Go to http://poohtiger-allgoodthings.blogspot.com and help her finally win the '30s title. The site also has links to the finals in the '40s, '50s and '60s brackets. 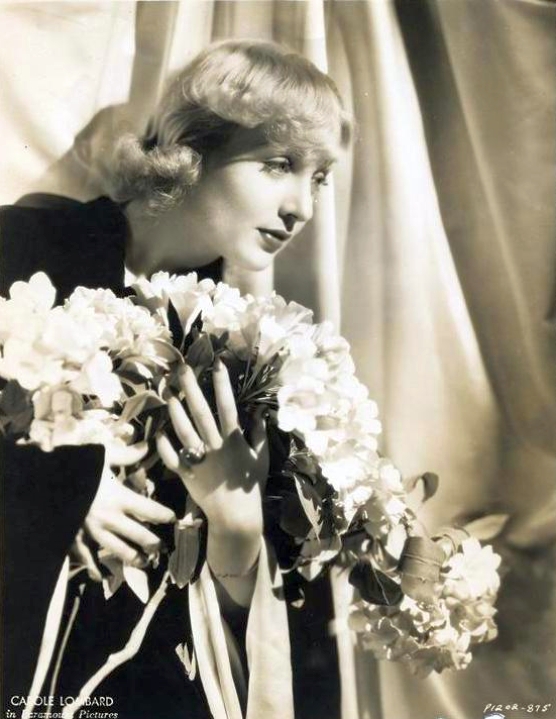 As of 12:30 p.m. (Eastern), Carole Lombard holds a narrow 26-22 lead over Barbara Stanwyck in the finals of the 1930s bracket of the 2013 Favorite Classic Movie Actress Tourney. Voting concludes Wednesday, and Carole needs each and every vote she can get to conquer this rival. If you haven't done so already, cast your vote at http://poohtiger-allgoodthings.blogspot.com, where you also have links to the finals of the 1940s, '50s and '60s brackets.
Collapse