Carole Lombard: My campaign manager is back at work producing banners. Just called him a few minutes ago on my ultra-smartphone, and he says he's waiting on the latest one -- he's doing some outsourcing this year.

That was from yesterday's entry, where Lombard was discussing her current battle in the "Funny Ladies" final of the 1930s bracket of the 2013 Favorite Classic Movie Actress Tourney with Clark Gable and her opponent, Myrna Loy.

Well, Carole, the latest one has just arrived...actually, make that two. I provided two color photos, along with duplicates with black-and-white backgrounds, and told Tally Haugen to superimpose the color Carole on the greyscale one. When I got the finished product back to set up the banner's message, I liked each of them so much, I've decided to display both. Here goes:

First, Lombard in bright blue fur (I believe this was the outfit Travis Banton designed for her in "Nothing Sacred"): 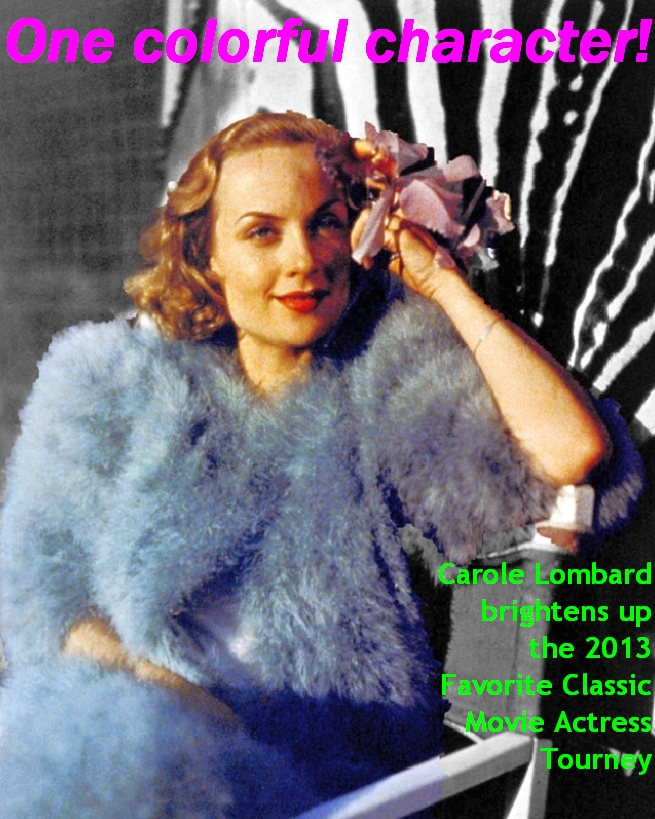 Next, Carole in a dress that's sort of peach, sort of pink, but simply gorgeous no matter how you describe it: 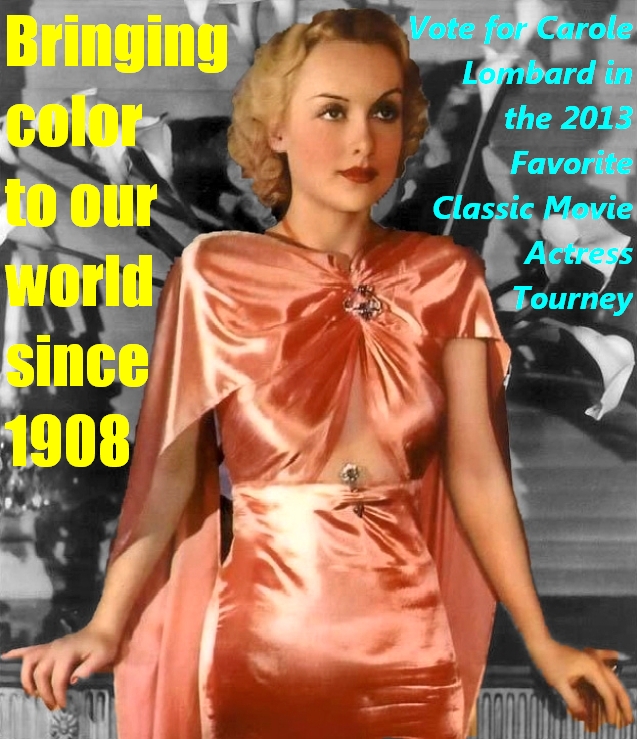 Which do you like better? Again, thanks to Tally for some sensational work.

Blondell, a seventh seed in her division, is easily the biggest surprise in the '30s bracket.

To vote, not just in that bracket but also in the '40s, '50s and '60s via links, go to http://poohtiger-allgoodthings.blogspot.com/. Voting concludes Wednesday.
Collapse