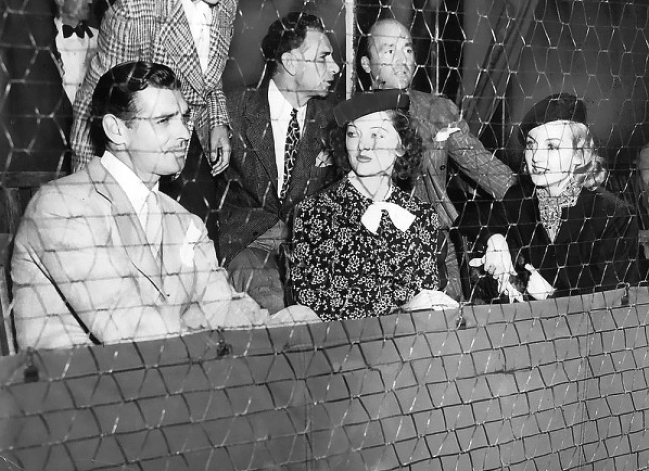 The latest from Hollywood heaven:

Carole Lombard: Well, Myrna, I guess we're at it again.
Myrna Loy: Third straight year, too.
Clark Gable: What on earth are you two talking about?
Lombard and Loy (simultaneously): The 2013 Favorite Classic Movie Actress Tourney!
Gable: Oh, you know I stay out of all that. I have too many friends here I don't want to alienate.
Lombard: Well, as Myrna said, we're meeting each other for the third year in a row.
Loy: And the second consecutive year in the "Funny Ladies" final.
Gable (with a chuckle): So I guess I'll see you two go at it, like Dietrich and Una Merkel in "Destry Rides Again." Now that was a catfight!
(Lombard gives him a stern look.)
Lombard: You wish. Actually, Myrna gave me quite a dogfight last year. It was neck-and-neck, but I pulled away at the end and won 187-166.
Loy: You would remember the vote total. Just remember, you have yet to win the 1930s bracket. Irene Dunne beat you in 2011, and Ginger Rogers did likewise last year.
Lombard: Thank you, Debbie Downer. Both of those ladies have been retired from the tourney as past overall champions, a status I hope to have come March 2014. But to do it, I'm going to have to go through you first -- sorry.
Gable: As long as you two act like ladies in the process.
Loy: And why wouldn't we?
Lombard: I'm hopeful of advancing again, though Myrna won't make it easy. But I have a core of devoted fans, and my campaign manager is back at work producing banners. Just called him a few minutes ago on my ultra-smartphone, and he says he's waiting on the latest one -- he's doing some outsourcing this year.
Gable: Carole, you never miss a trick.
(Loy pulls out a tablet PC from her handbag.)
Loy: Was he the genius behind this? (Shows Lombard and Gable the tablet.) 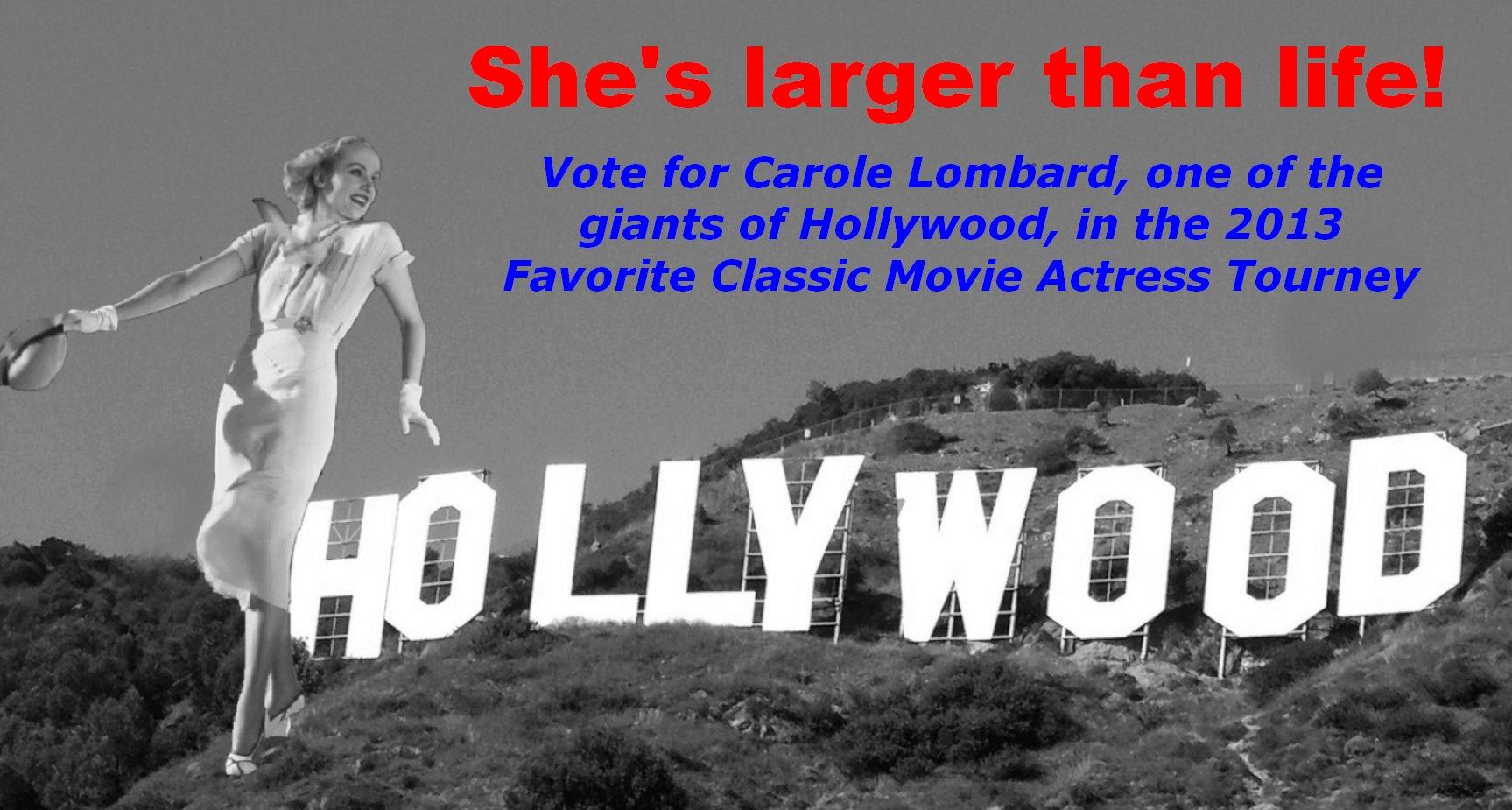 Loy: This ran in Hedda Hopper's online blog the other day, part of an entry headlined "Is Carole Lombard Getting Too Big For Her Britches?"
Lombard: Take one of the letters out of that last word, and you have the perfect definition of Hedda and Louella.
Gable: Has voting begun?
Loy: I believe so. (Checks her tablet.) Yes, it has, and...
(Lombard peers at Loy's tablet.)
Lombard: I'm up 7-0! (Smiles.) But it's still early -- after all, Myrna, you had a 4-0 lead on me last year.
Loy: There are other division finals, too. Greta Garbo leads Lillian Gish, 6-1, in "They Had Faces"; Barbara Stanwyck is blitzing Norma Shearer 7-0 in the "Pre-Code Babes" division...
Lombard: Hmmm, Joan Crawford will like that.
Loy: And in "Singers/Dancers," Joan Blondell has a 4-3 lead over Eleanor Powell.
Gable: So, just how do you vote?
Lombard: Go to http://poohtiger-allgoodthings.blogspot.com/ -- it also links to the matches in the 1940s, '50s and '60s brackets.
Loy (hands Gable her tablet): Here --- why not vote now?
(Gable shakes his head.)
Gable: No, thank you. I'll do it at home...in private.

Lombard gets reflective in this latest header, the two-sided Paramount p1202-51.
Collapse