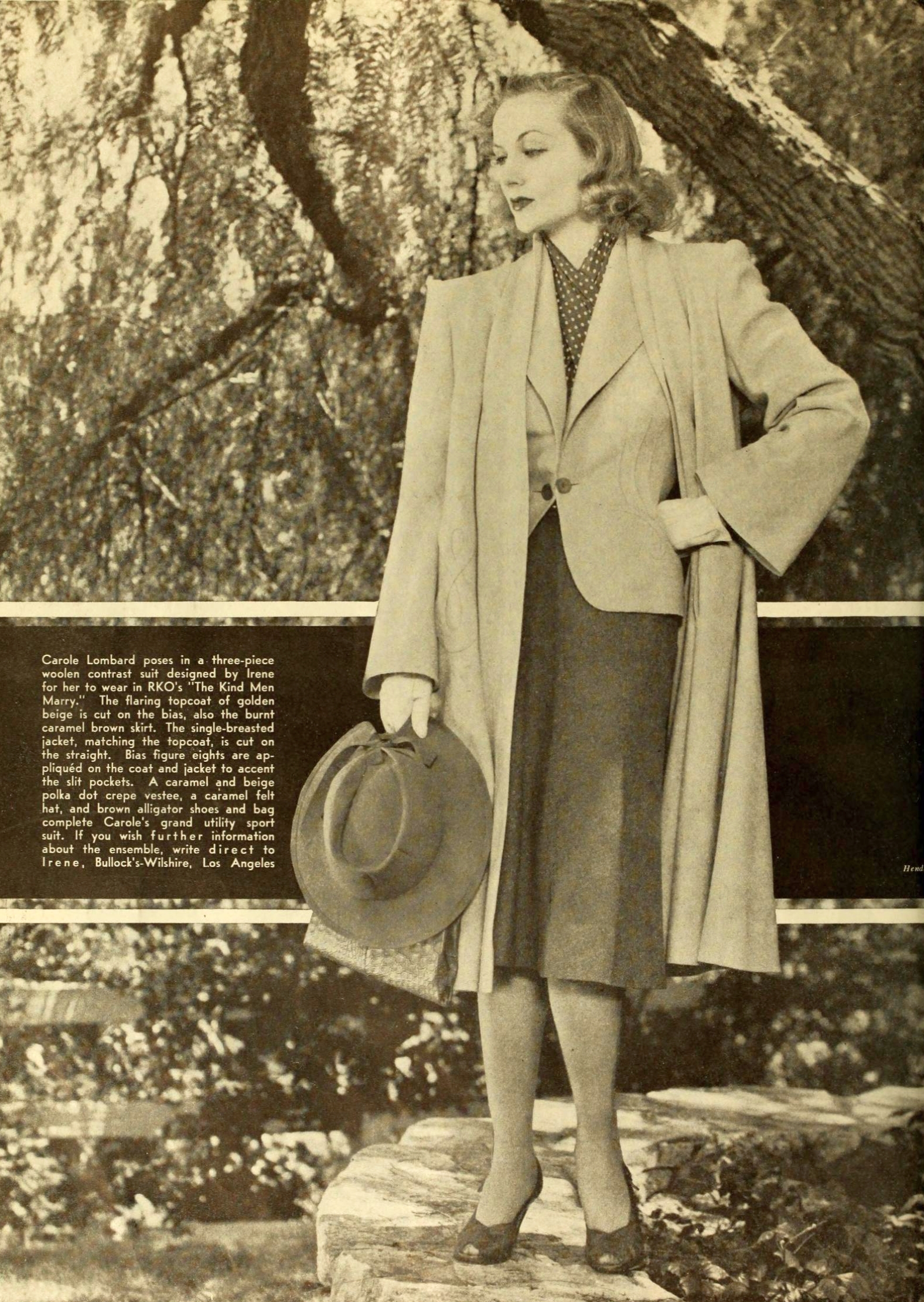 One of Carole Lombard's earliest creations by Irene of the fabled Bullocks Wilshire, this smart wool outfit was featured in the September 1939 issue of Photoplay to conclude a three-page spread on wool fashion for fall. (Note the magazine lists her upcoming film as "The Kind Men Marry"; by the time this hit newsstands, RKO had changed the title to "In Name Only.") The first two pages starred Glenda Farrell and future Lombard co-star Anne Shirley: 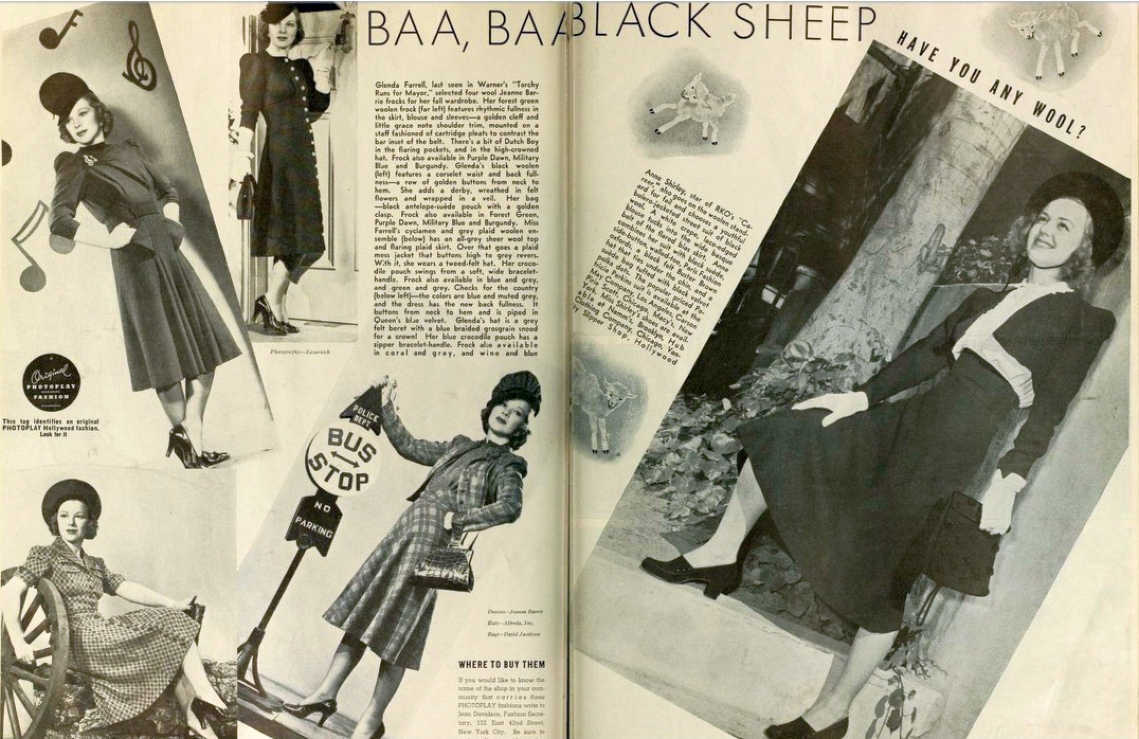 Lombard is also shown with co-star Cary Grant in a publicity still from the film...but the page designer made it look as if Cary was less interested in Carole than in how curvaceous Ann Sheridan fills out a sweater: 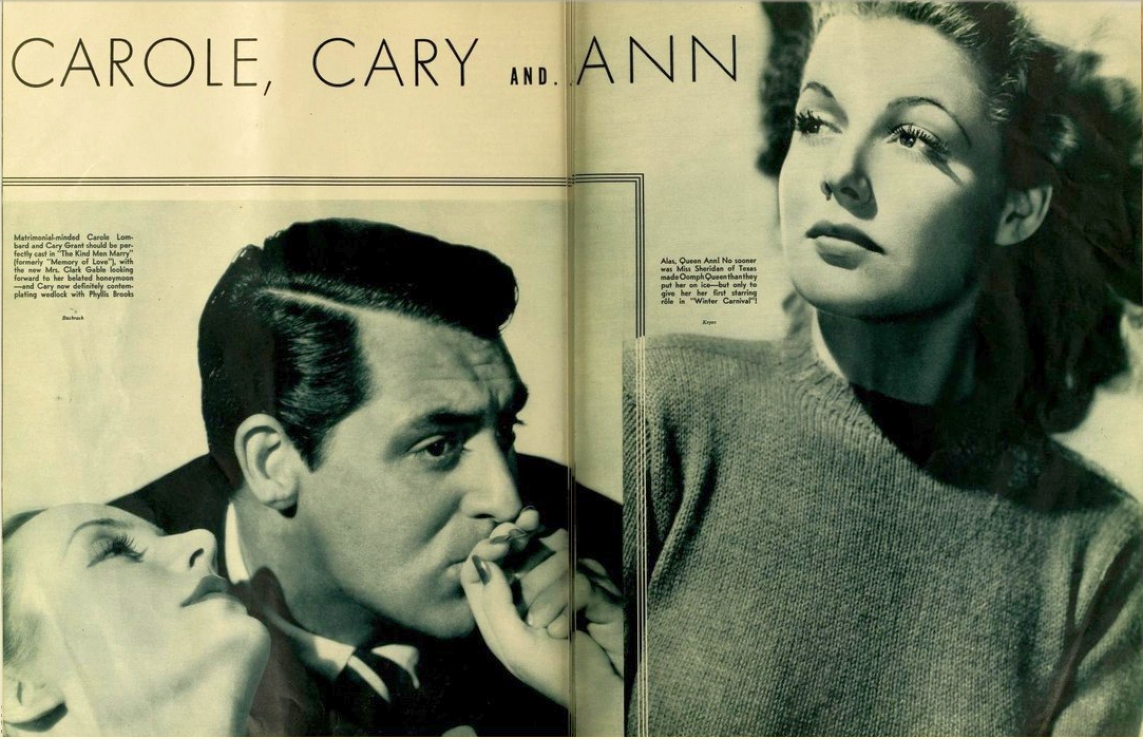 Lombard may have gotten a chuckle out of an illustration entitled "Going, Going --", where a movie-struck fan ruefully notes that Clark Gable, Tyrone Power and Robert Taylor are now off the market (although James Stewart, Brian Aherne and David Niven are among those still available): And since "Oz, the Great and Powerful" is hitting theaters this weekend, check out this MGM ad for what remains by far the best-known version of L. Frank Baum's characters, even more so than his series of "Oz" books: 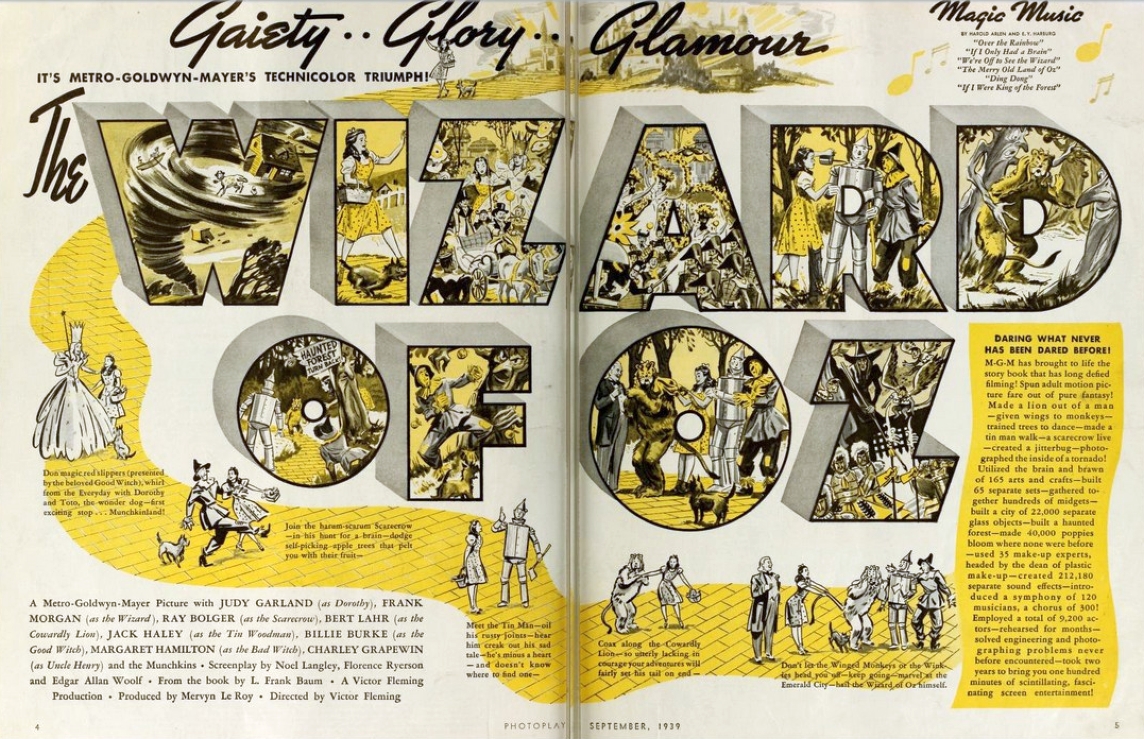 Note the ad used spot color, rather than full color; was MGM hedging its bets (there was still some skepticism over the viability of this adaptation), or did Photoplay simply lack the ability to run a full-color, two-page inside spread?

One of the actresses first rumored to play Dorothy Gale was on the cover...but Shirley Temple would have to settle for a version of the children's story "The Blue Bird" the following year, a film that's hardly remembered today: 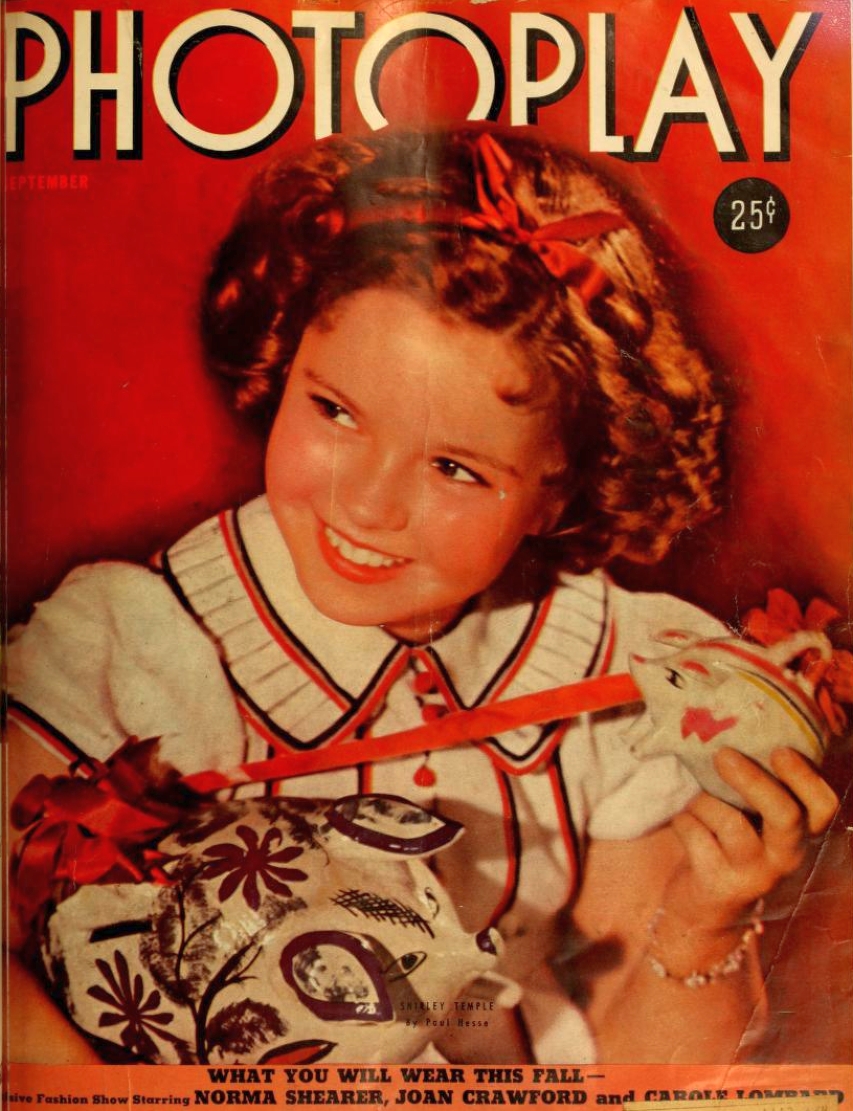 An update on the 2013 Favorite Classic Movie Actress Tournament, 1930s division: As of 9 a.m. (Eastern), Carole Lombard has a commanding 47-4 lead over Margaret Dumont, while in other "Funny Ladies" quarterfinal matches, Jean Harlow is trouncing Margaret Sullavan, 43-8; Jean Arthur has a 30-21 edge on Una Merkel; and Myrna Loy is comfortably ahead of Thelma Todd, 39-13. In the "Singers/Dancers" quarterfinals, Temple is barely up on Bebe Daniels, 25-23; Eleanor Powell is routing Luise Rainer, 34-10; Ruby Keeler has a slender 26-22 lead over Mae West; and Joan Blondell is far ahead of Jeanette MacDonald, 33-14. If you haven't voted, do so at http://poohtiger-allgoodthings.blogspot.com/, which has links to the 1940s, 1950s and 1960s brackets. This round of voting ends Saturday.
Collapse