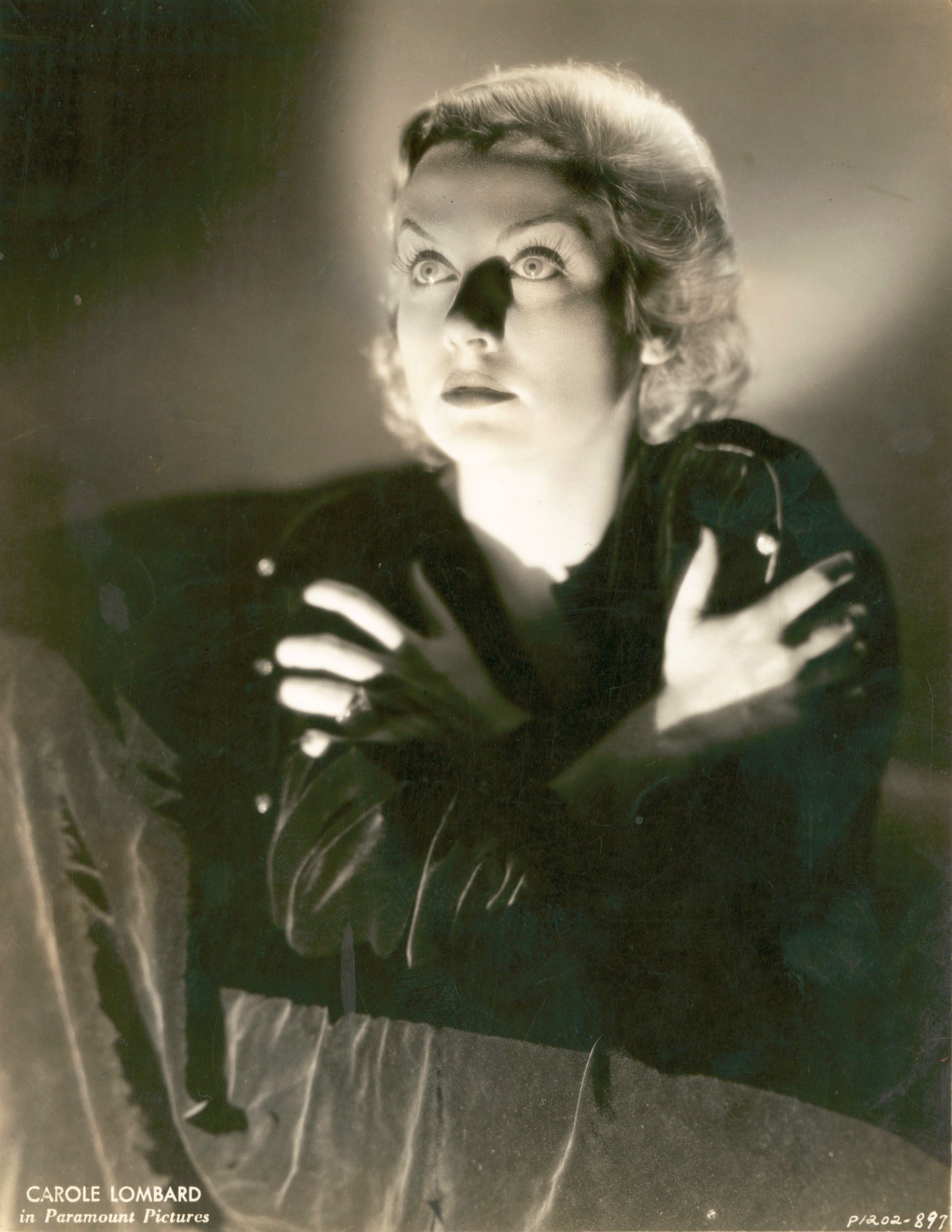 The Carole Lombard portrait above almost looks like an outtake from "Supernatural," but it actually was made nearly two years after her lone foray into horror. With that in mind, today's entry is on a fan magazine article few have seen or noticed over the years, rescued from obscurity by the recent online addition of mid-thirties issues of Picture Play magazine.

I can't really pinpoint a reason why it's relatively unknown. Picture Play sold its share of copies, but it was inconsistent editorially and never had the clout of Photoplay or some of its other contemporaries. Its author was the anonymous Drummond Tell -- a Google search revealed absolutely nothing else written by him or even anything about who he was. More than 100 articles about Lombard were noted in Robert D. Matzen's "Carole Lombard: A Bio-Bibliography"; this was not among them.

This isn't by any means the best fan magazine article ever written on Lombard, though it's certainly not the worst...and for the most part, it's very complimentary. Tell's angle is that, as in the case with all of us, part of Lombard's personality is hidden from public view by her own volition. Tell calls Carole "the most real, down-to-earth girl I know," and proceeds to explain why. While this won't make any Lombard fan view her any differently, it does shine a light on her complex humanity, unlike most fan mag pieces of the time. 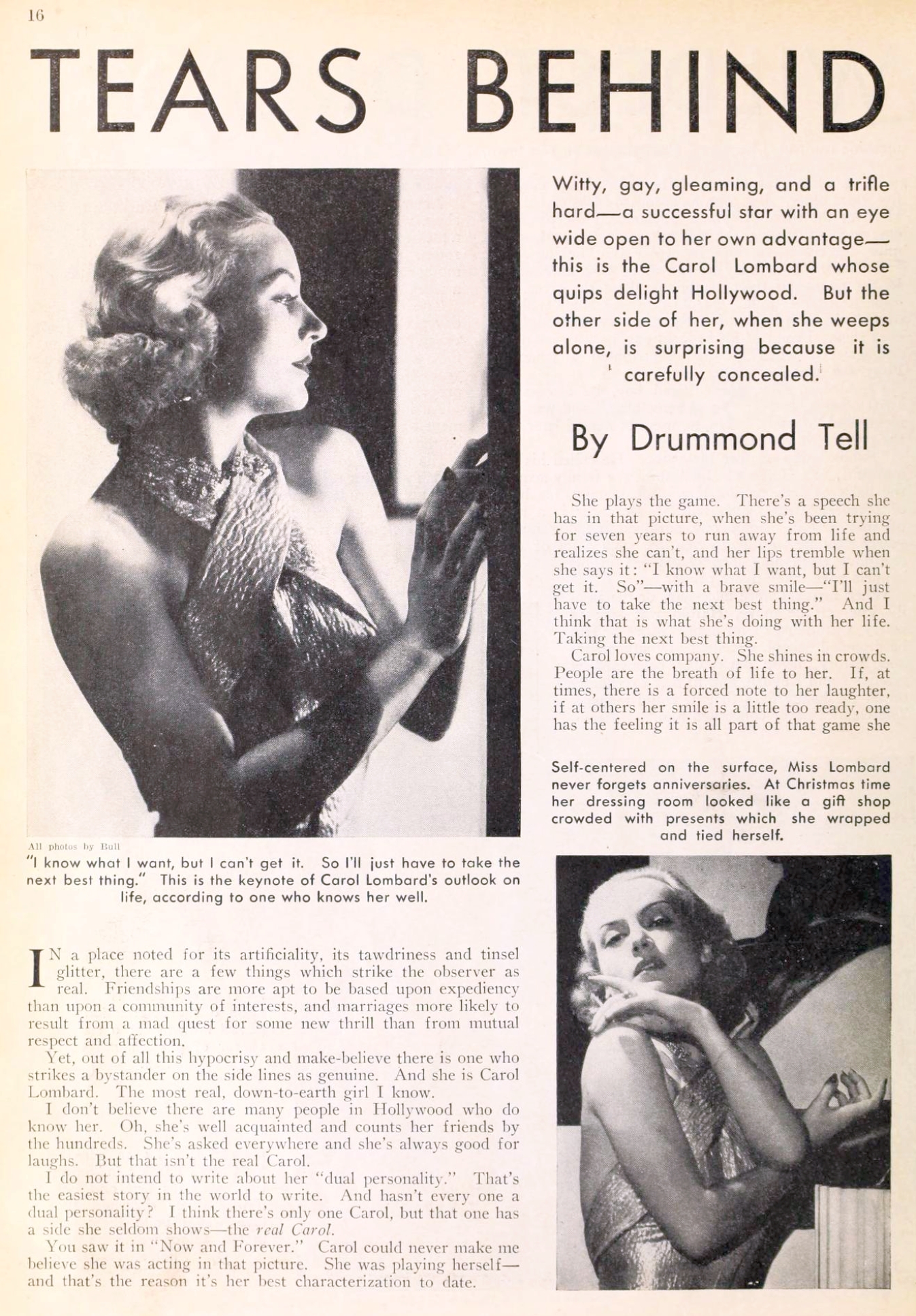 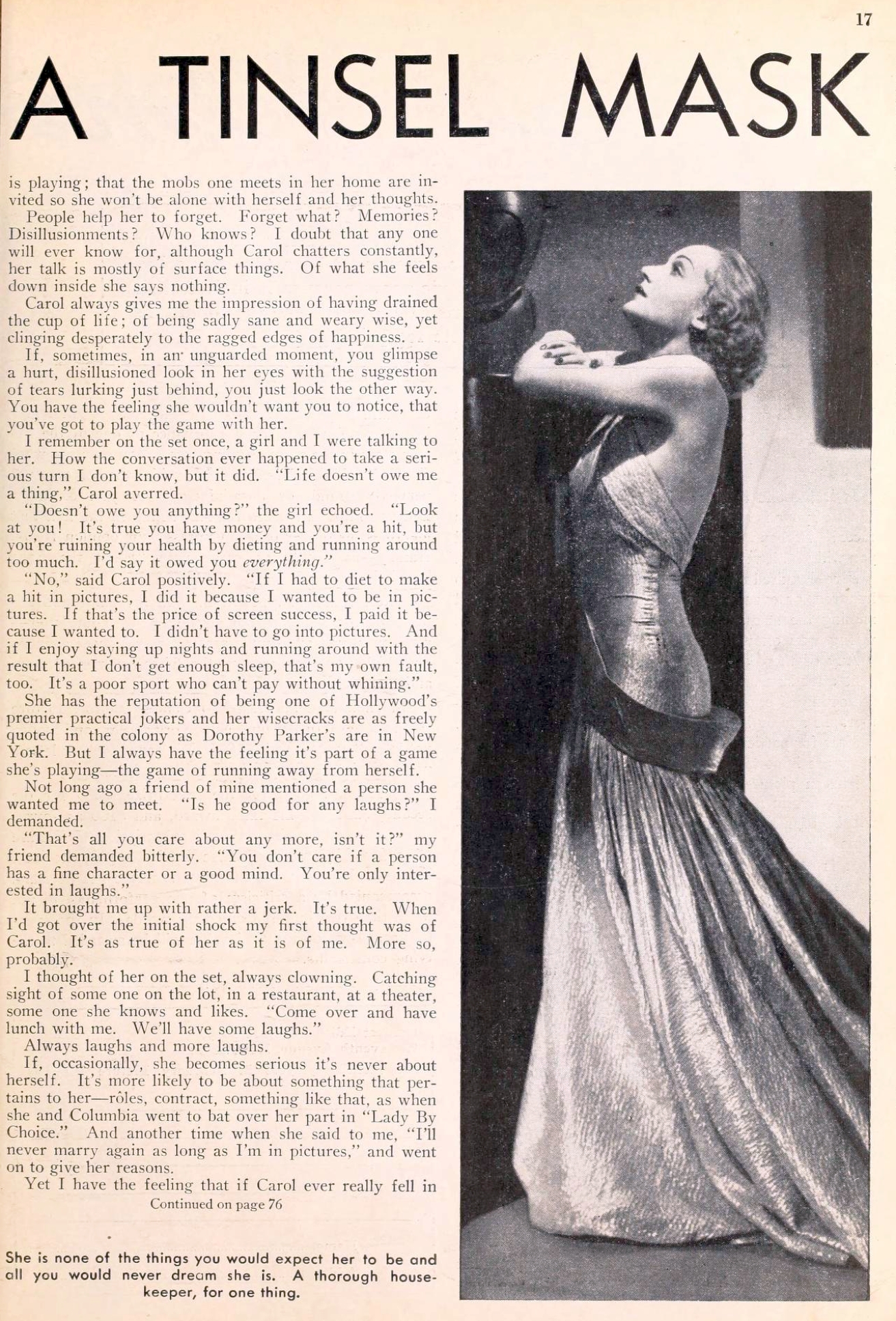 We'll have more material from Picture Play and other magazines of the era in the near future.

Paramount's p1202-43, showing Lombard in the midst of a candelabra, is our latest LiveJournal header.
Collapse