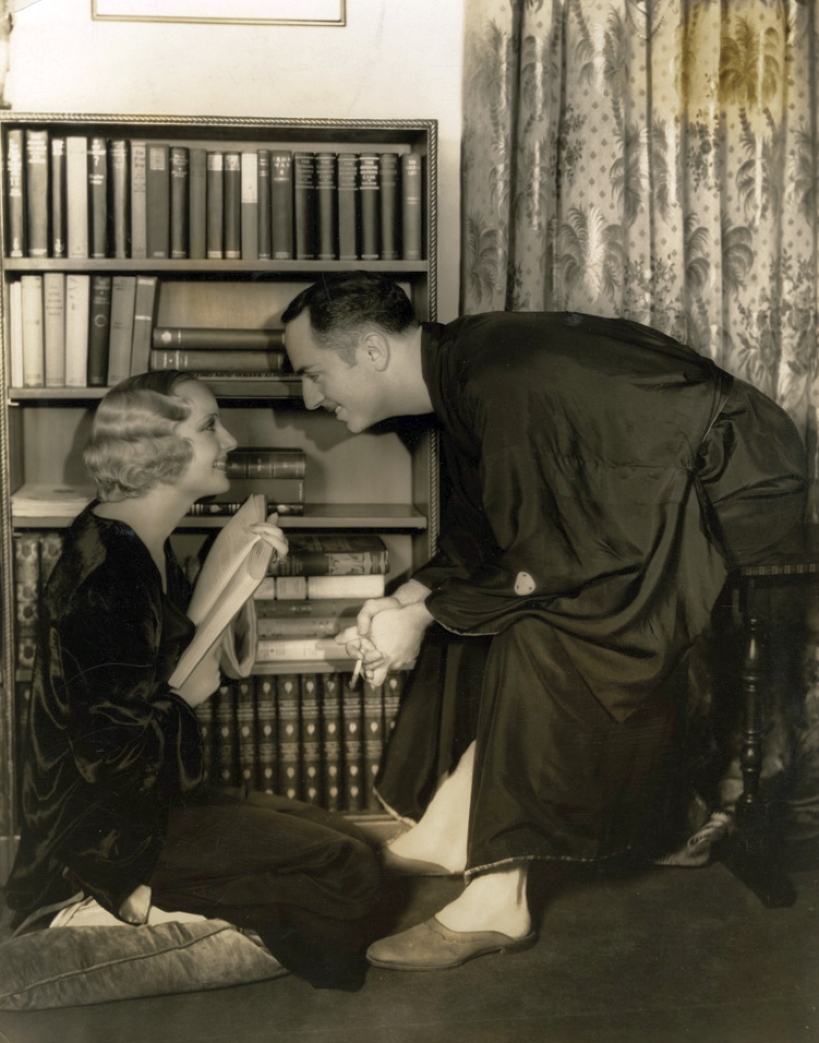 The "she" being Carole Lombard, of course, shown with her new husband in a photo taken by Elmer Fryer of Warners (where Powell had just landed after some time at Paramount). Gladys Hall, who over the years would write several notable accounts of Lombard for fan magazines, discussed the new couple -- still in the throes of romance a few months after their wedding -- in the December 1931 issue of Motion Picture. 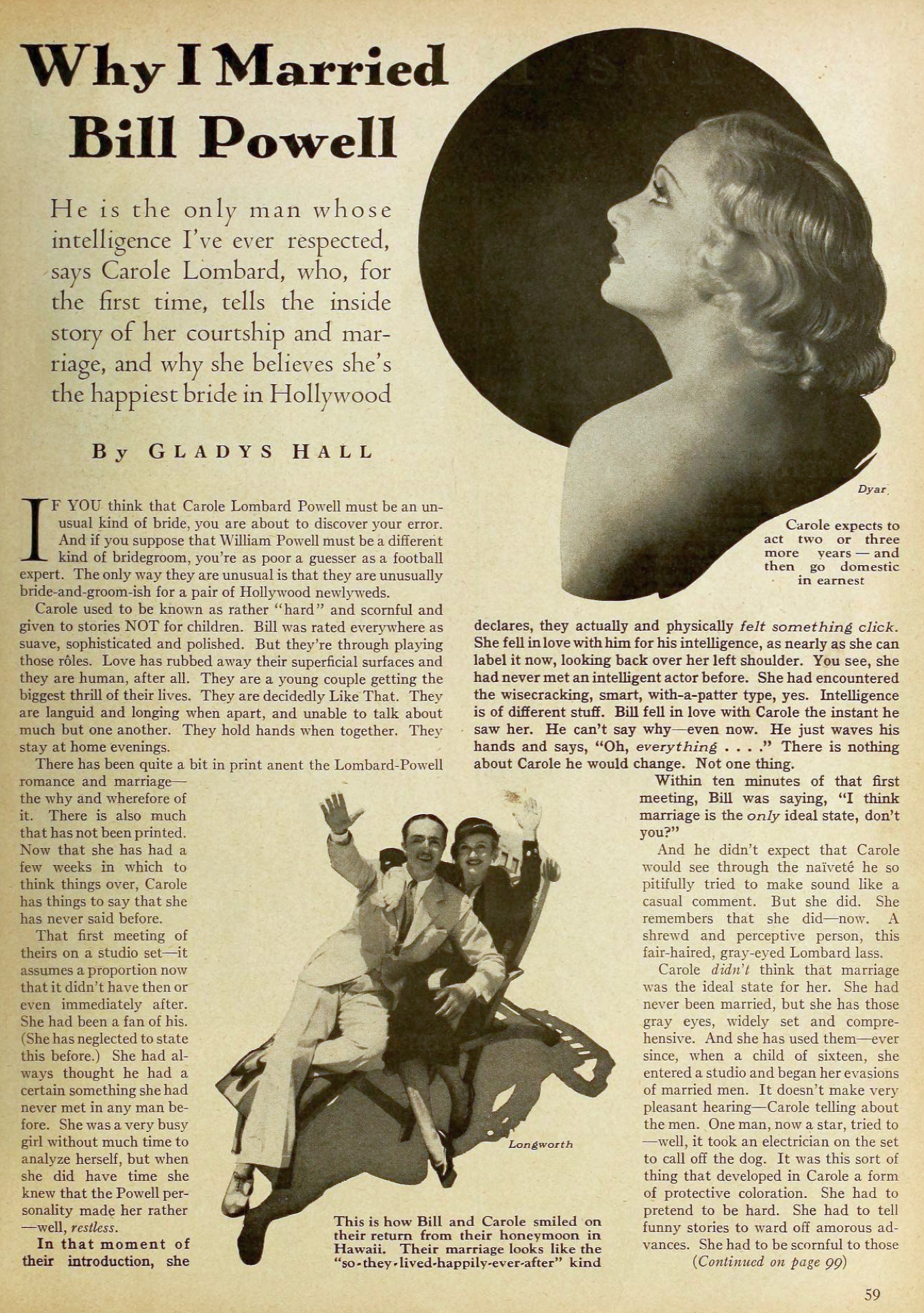 Hall describes how and why Lombard fell for Powell. She had been a fan of his on-screen work before they met, and once they did, Carole was swept off her feet by his intelligence. And his debonair treatment of her was a marked contrast to the type of men she had to put up with in her first few years of the industry...men whose actions led to Lombard developing her famed blue tongue as a defense mechanism. (Incidentally, Hall refers to Carole as having gray eyes, then later compares them to sapphires Powell gave her as a wedding present.)

Lombard goes on to say that Powell's conscientiousness makes her "divinely happy. I didn't know there could be such happiness as I am having now. I'll never forget it, not one instant of it, so long as I live on this earth." Famous last words, as it turned out -- but after a few months of marriage, don't most spouses have this cockeyed optimism?

Finally, you must see the full-page photograph that ran opposite the lead page of this story...featuring Powell in a rather atypical setting: 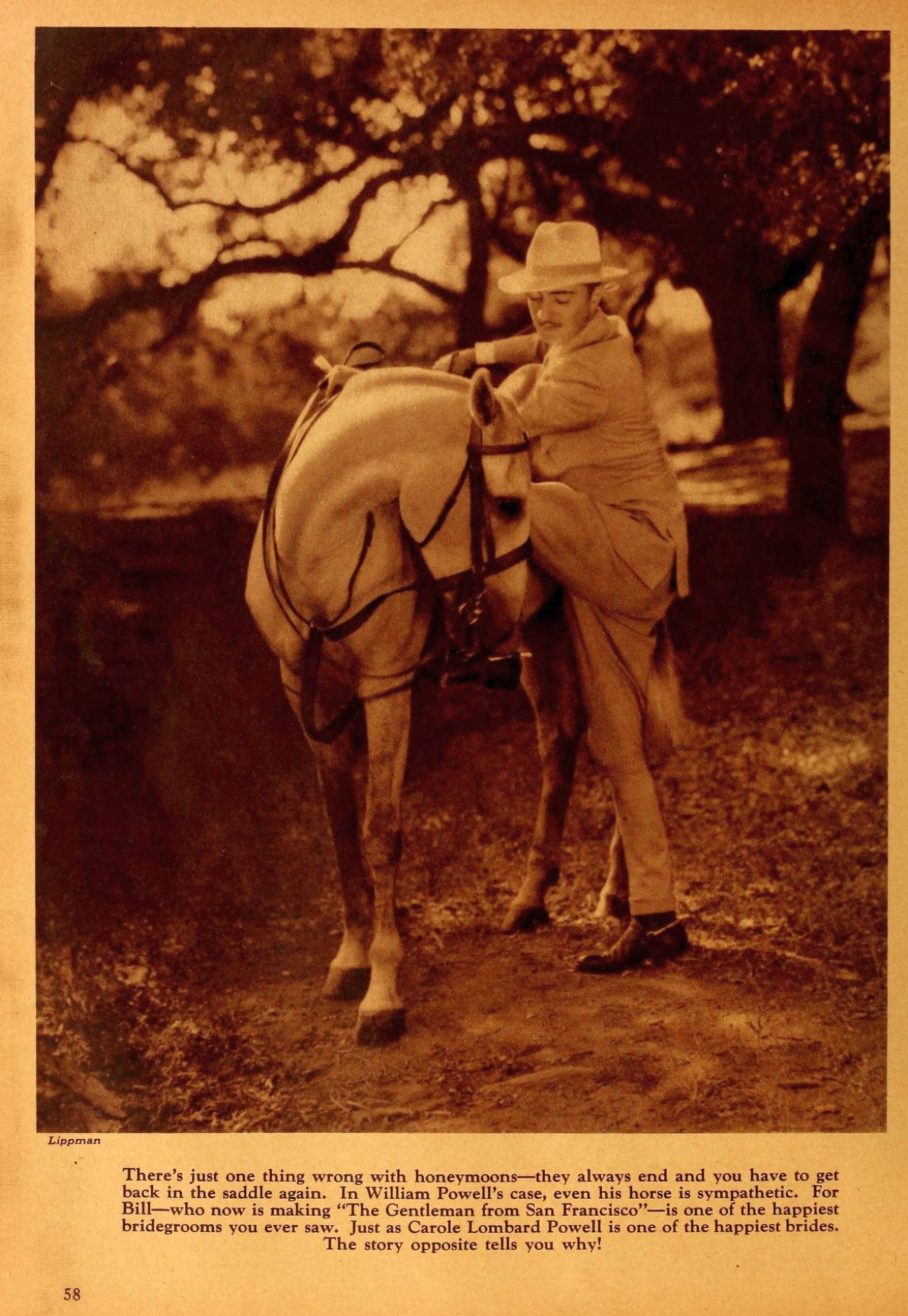