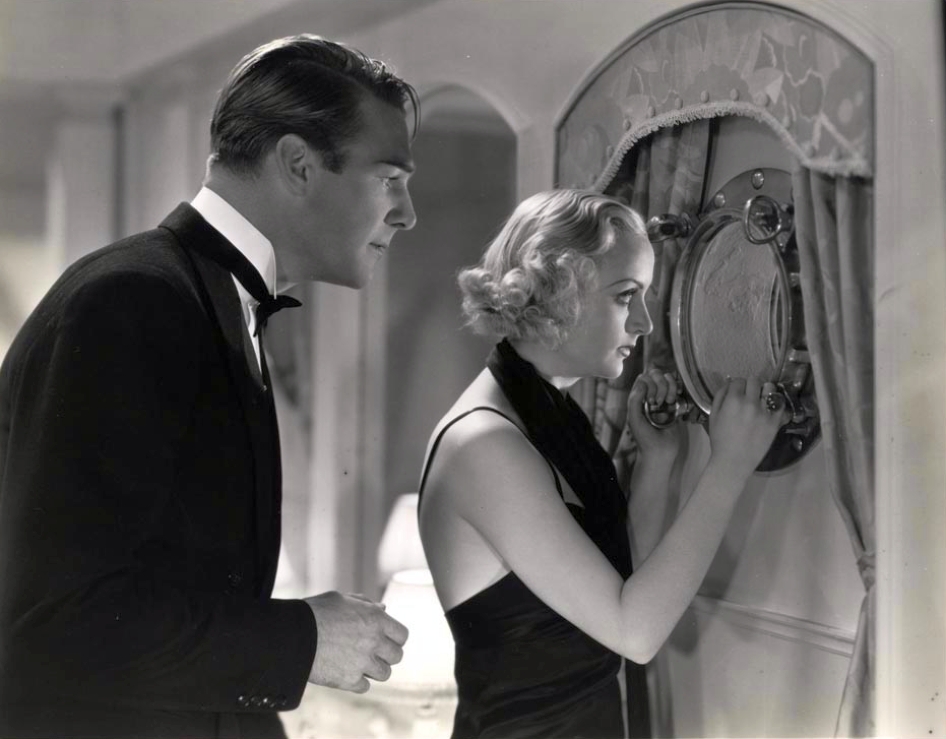 At the time Carole Lombard and Randolph Scott were taking part in the psychic hokum called "Supernatural," plenty was happening on the Paramount lot -- and beyond. However, you'd never guess it from this picture: 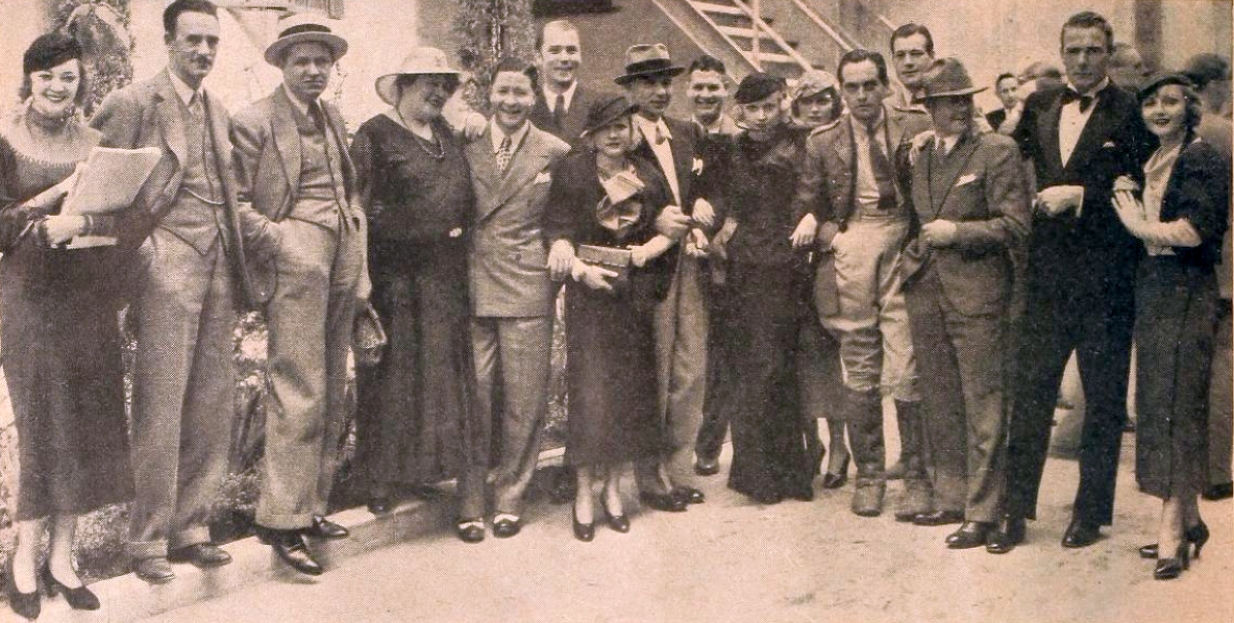 Carole's near the center of the group; if you have trouble spotting her, here she is:

What's the context, you ask? Well, the photo ran in the June 1933 issue of Motion Picture magazine as part of this page: 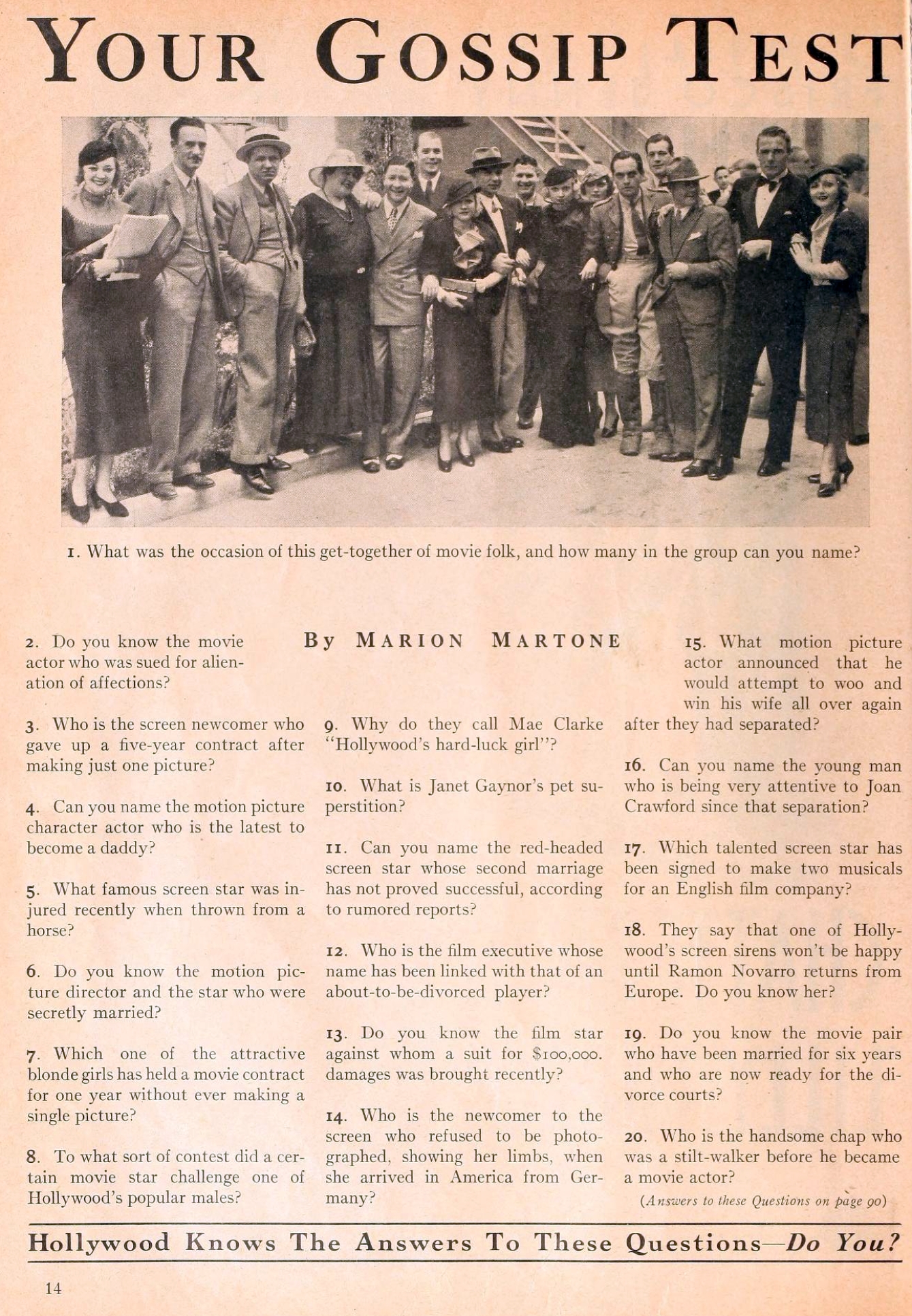 So who's with Lombard, and what is this photo all about? We'll supply you that solution separately, then give you the rest of the answer page: 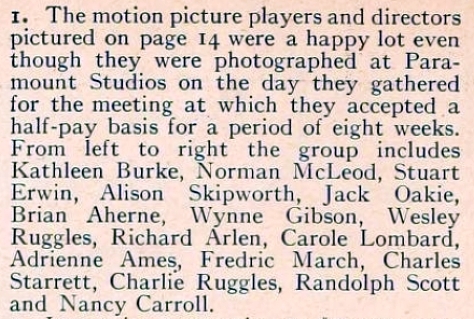 Yes, the spring of 1933 wasn't the happiest of times for the film industry, what with pay cuts, studios in bankruptcy and the like. Even a bank holiday affected Hollywood in those days before credit cards and ATMs, as another story in that issue explains: 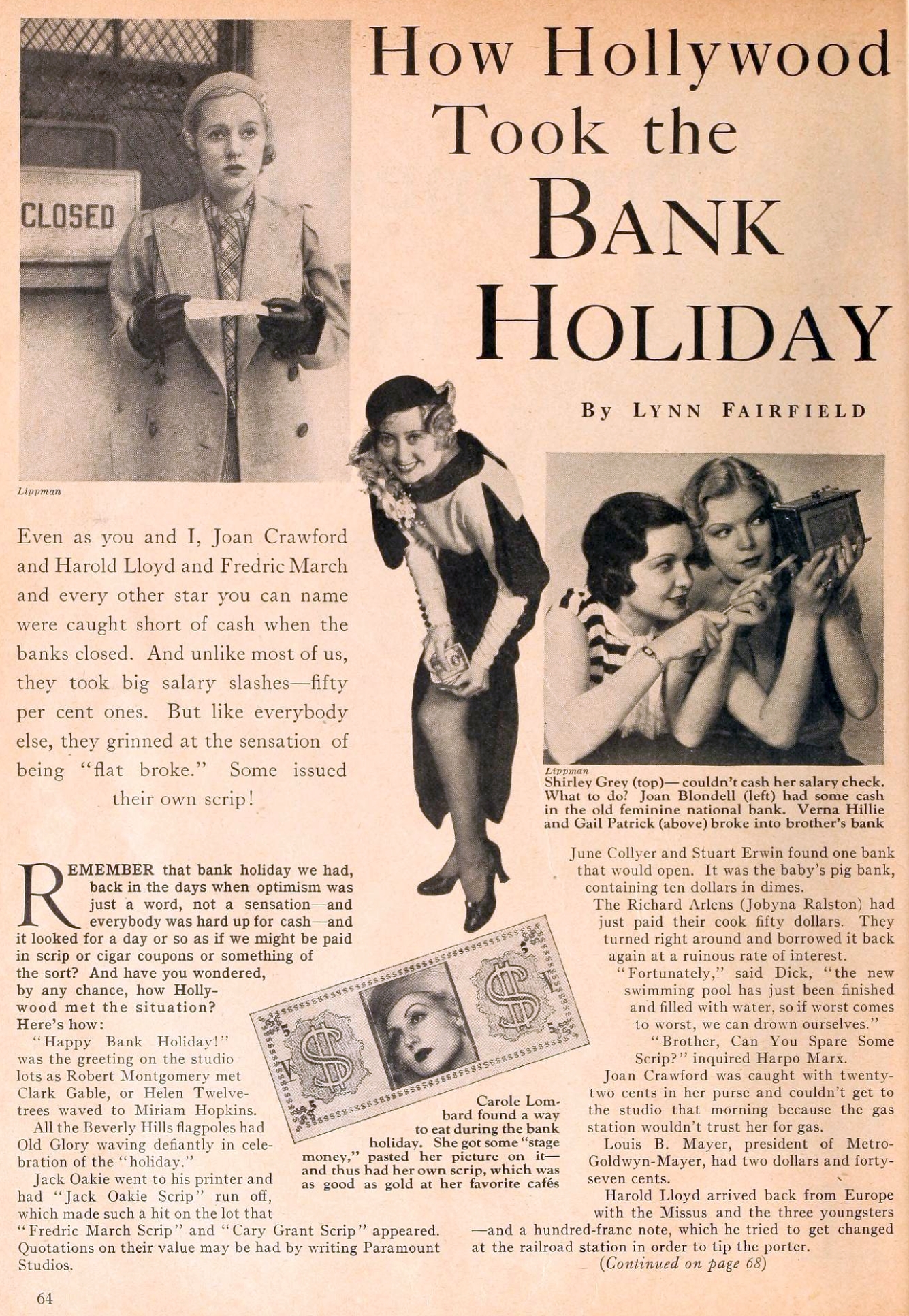 "Joan Blondell had some cash in the old feminine national bank," at a branch where many a man probably wished he had an account.

Lombard was in the story, too: 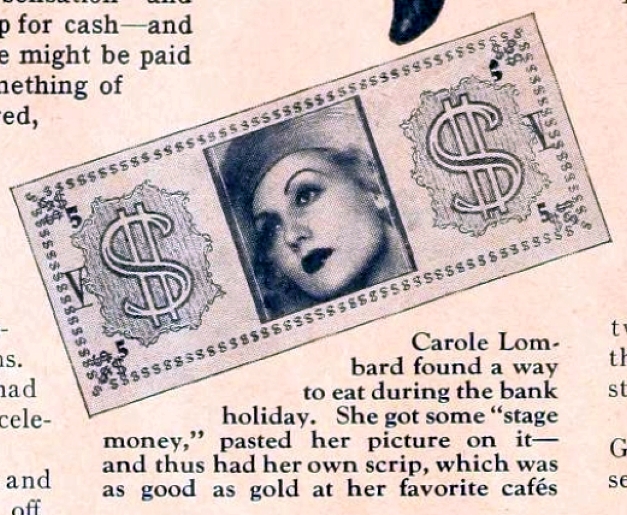 I'm guessing that's the magazine's rendering of Lombard scrip and not an actual photograph of it.

The other day, we ran an entry on a fan magazine story with an ending, but where the beginning had yet to be found. We have a similar situation here, in an article entitled "These Stars Changed Their Faces -- And So Can You!" The lead of the item apparently concerns Carole's recent change in the appearance of her eyebrows...but alas, we are missing the first page of the story (it was nearly completely ripped from the bound copy). As a result, here's where it starts: 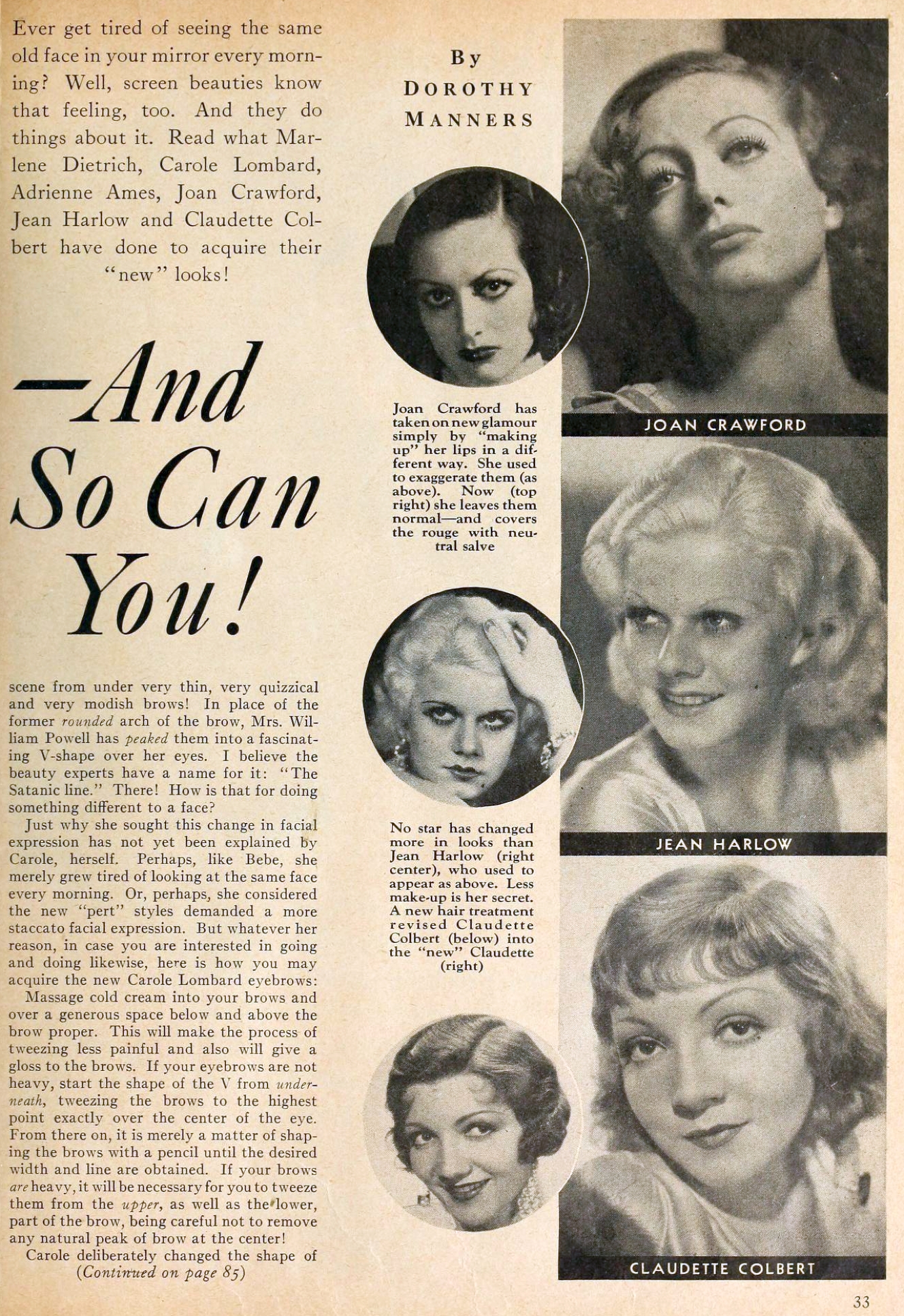 To "the Satanic line"...one of the few devilish things about Carole.

Part of another page, on Hollywood fashions, was also removed, but I believe all the Lombard-related material remains intact: 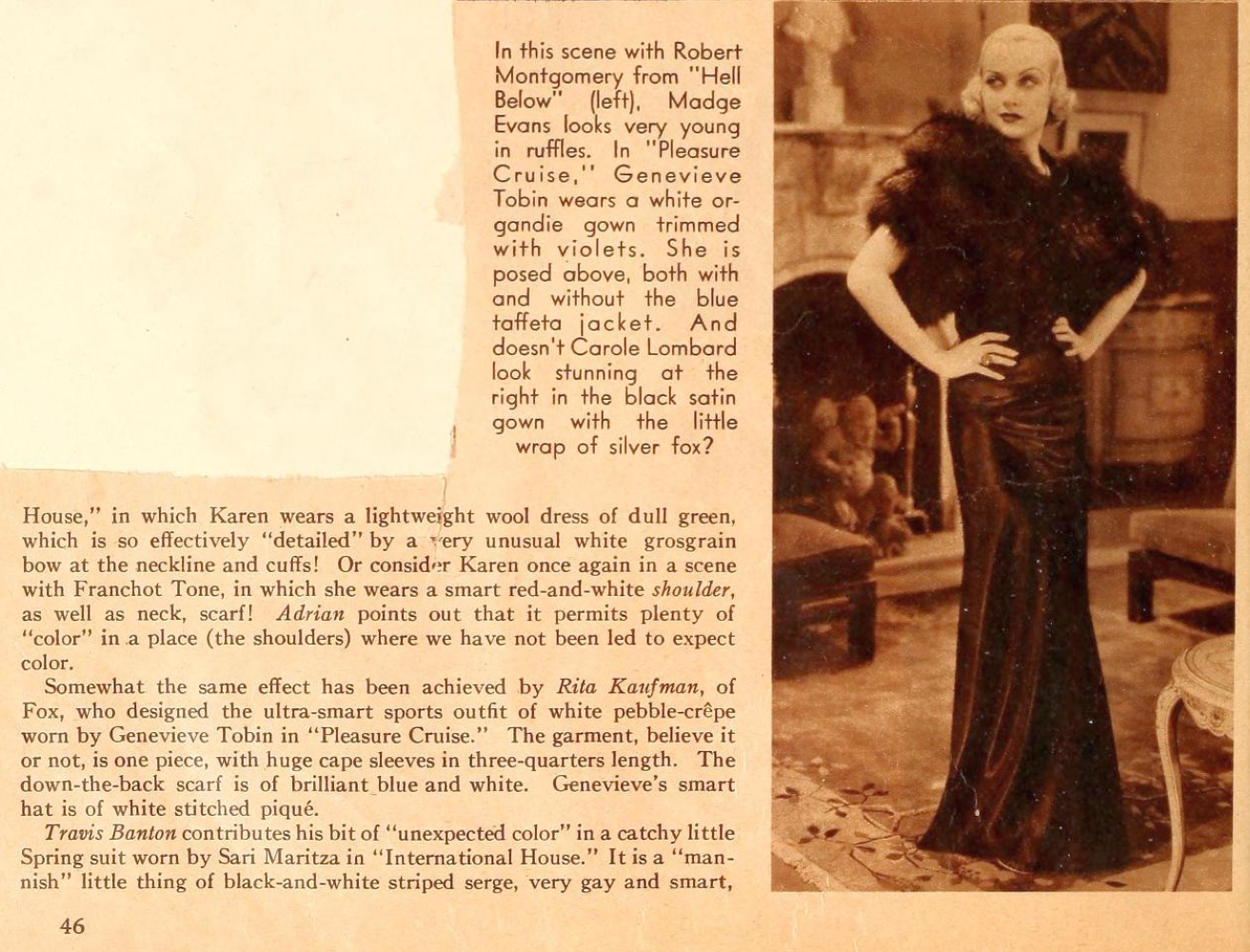 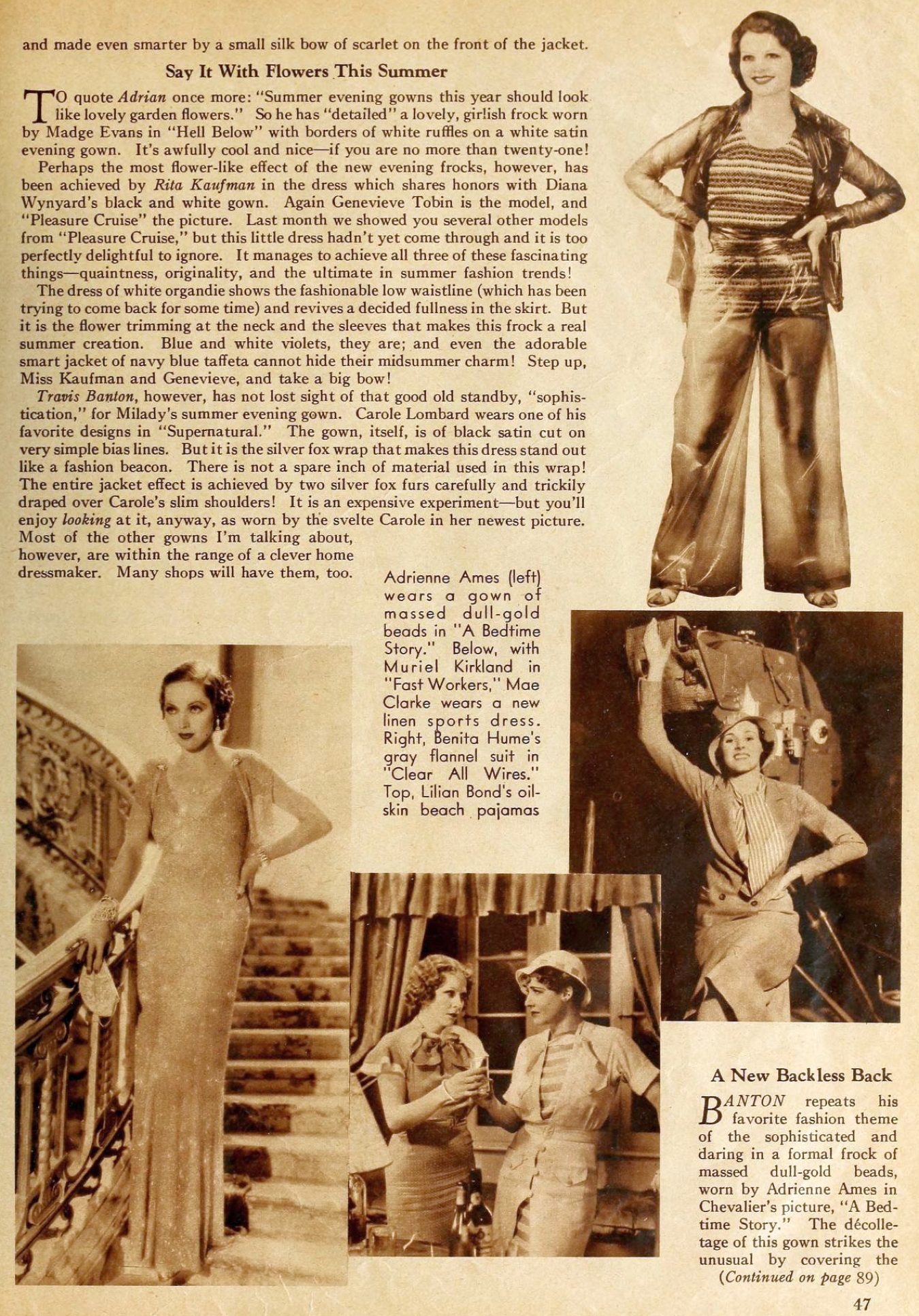 Finally, Carole's featured in a Max Factor ad, along with several others from the Paramount stable: 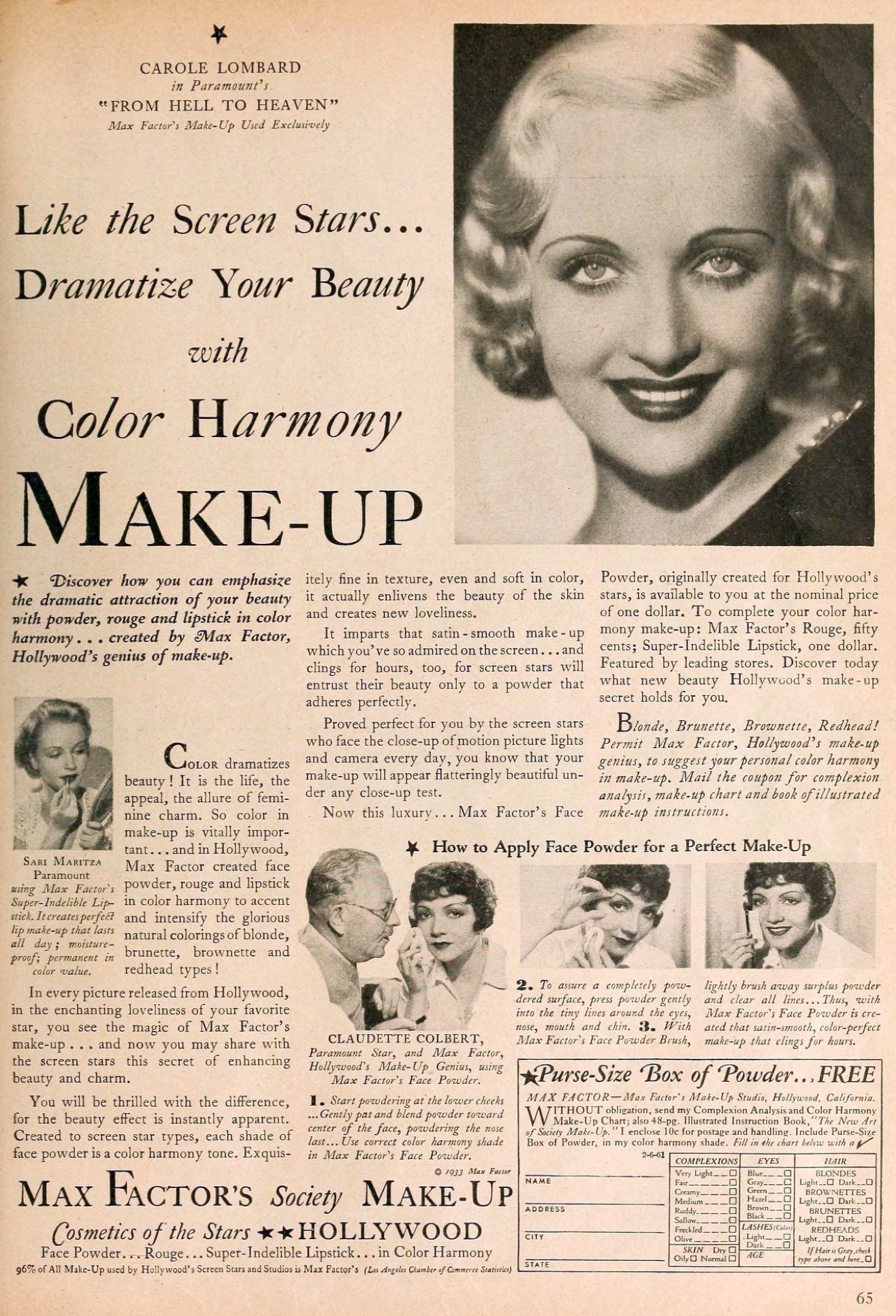 We'll have more from this issue in the near future.