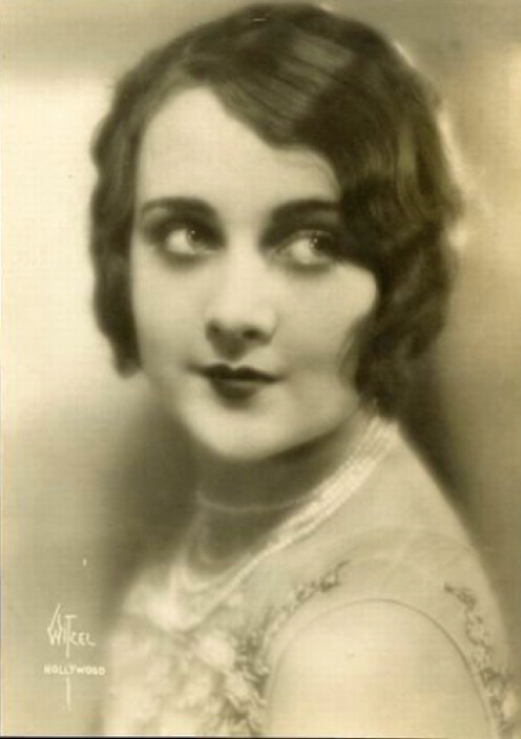 On Feb. 4, 1925, Carole Lombard, the former Jane Alice Peters, made one of her earliest print appearances in the Los Angeles Times, in a story entitled "Society Girl Goes Into Silent Drama." (One presumes in those pre-talkie days, "silent" was used as a synonym for "movies," to contrast it with the stage.) "Another lovely society girl has succumbed to the lure of the movies," it began, labeling her mother, Elizabeth Peters, as a "society leader."

Lombard's "society" ties came to mind when I found a fan magazine article -- or, should I say, part of a fan magazine article -- in cyberspace. That in itself is nothing new, as we've come across several instances of incomplete fan mag stories over the years. What makes this a bit different is that in other cases, we have the beginning, but not the end; here, it's just the opposite. See what I mean: 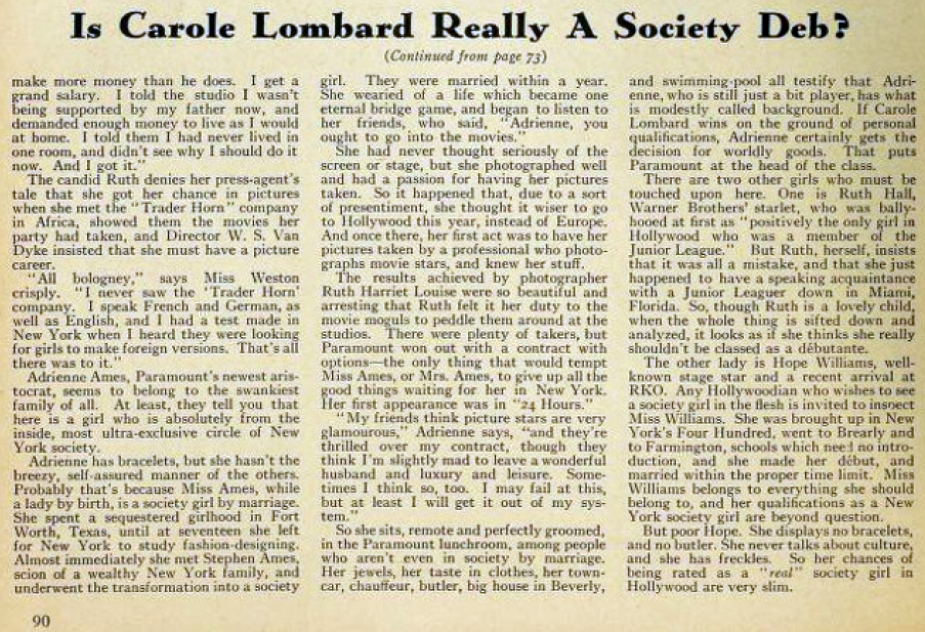 To be fair, there's really not much about Carole in that segment, as one presumes she was discussed more thoroughly at the beginning of the piece and the wider theme is actresses with "society" backgrounds. It would be wonderful if we could find the first part of this article...but alas, the name of the magazine or its publishing date is not noted. Fortunately, there's a jump of another article immediately above it that can provide some clues: 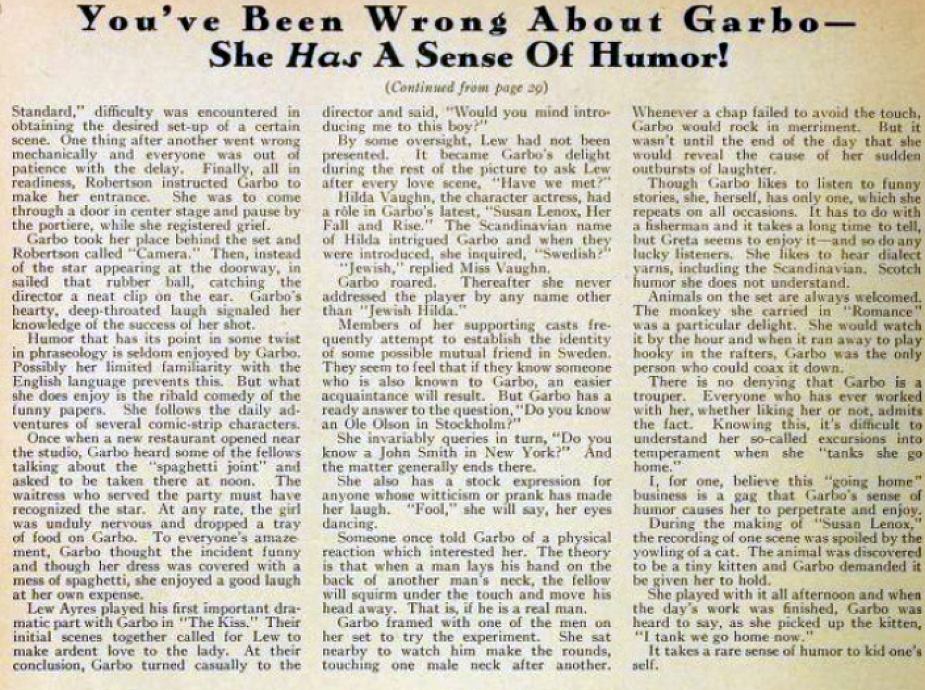 That story, about Greta Garbo's overlooked sense of humor, mentions "Susan Lenox: Her Fall And Rise" as her latest film. That Garbo-Clark Gable pairing was released in October 1931, so this likely ran in the latter months of that year. What magazine ran it, however, for now is a mystery. (We do know it isn't Picture Play, which at the time referred to Lombard as "Carol" -- no "e.")

If anyone has any idea what magazine ran it, or better yet, has a copy of the earlier segment, please let us know (and forward it to us). We'd like to see how Lombard's society roots were played up at the time.

Speaking of "society," whenever I hear the word in that context, I invariably think of the following song, which Bobby Darin took from a now-obscure Broadway musical, "Tenderloin," turning a song of social protest into a Sinatra-style swinger...without trivializing its impact. It's "Artificial Flowers," one of his many hits from the early '60s, and listen to Darin's disdain when he refers to "society" near the end of the song. One of my favorites from an artist who, like Elvis Costello is our time, covered all sorts of musical terrain and was never truly appreciated because of it.