That's Carole Lombard in Paramount p1202-858, from the latter part of 1934, and thanks to Tally Haugen for her work on that photo. Also, keep Tally in your thoughts today, as she's undergoing a bilateral mastectomy to rid herself of four invasive cancer cells.

Now onto today's topic, in which Carole's on the cover of a magazine I heretofore had never heard of: 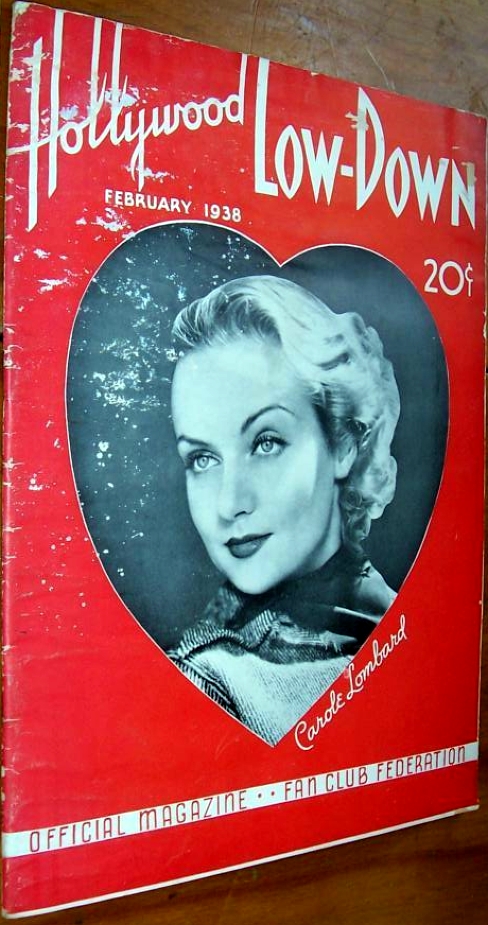 It's the February 1938 issue of Hollywood Low-Down, published by the Fan Club Federation. I couldn't find out much about the publication, aside that it probably began sometime in 1933 and ceased publishing in 1941. A check of cyberspace revealed these covers, but alas, no traces of copy inside: 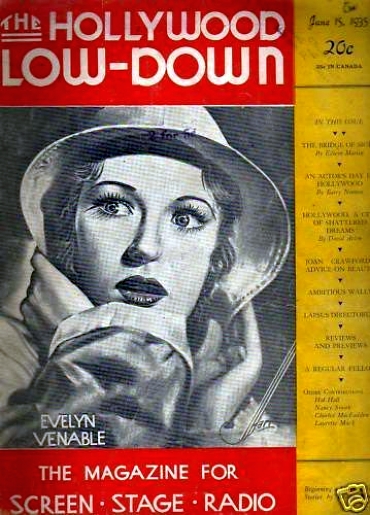 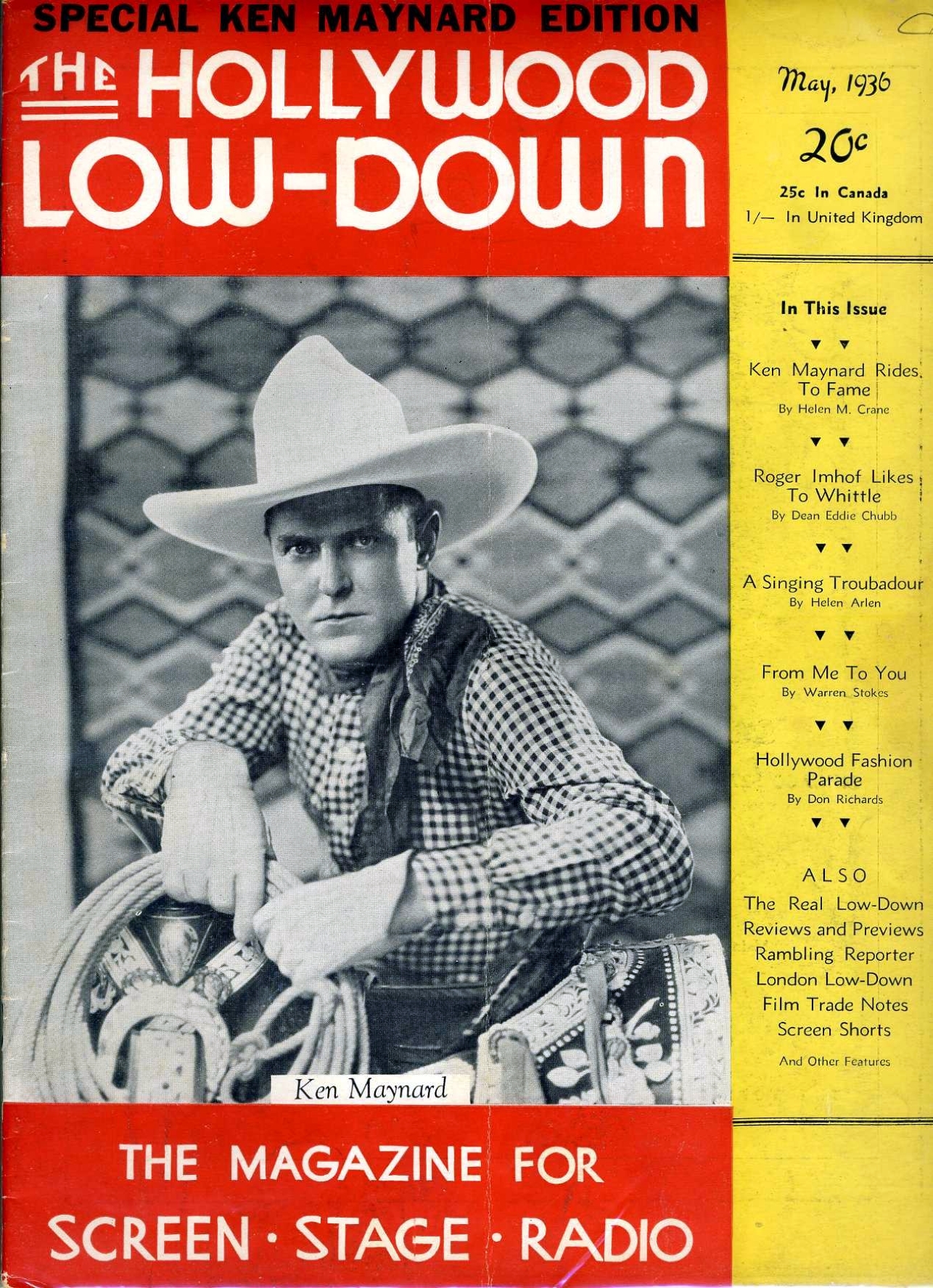 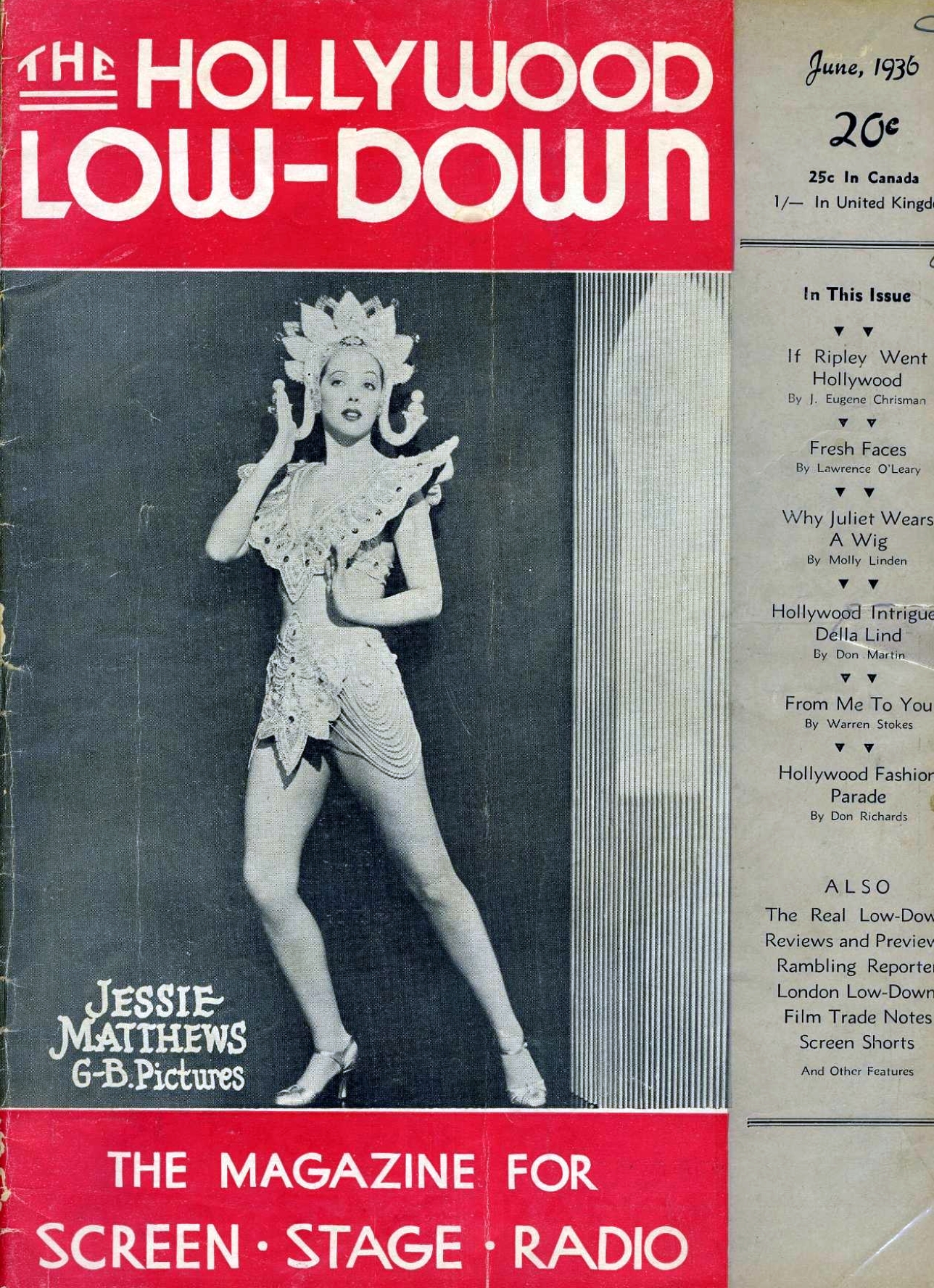 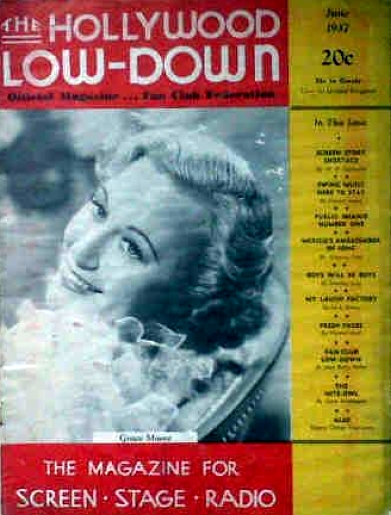 The magazine is about 12" high and in good condition, though there is partial tearing to the cover. All the pages are intact, according to the seller.

And does Lombard's presence on the cover of a publication sponsored by the Fan Club Federation mean she had a fan club of her own? About a year ago, we wondered if that was the case (http://carole-and-co.livejournal.com/487094.html). Perhaps this issue can provide an answer.
Collapse