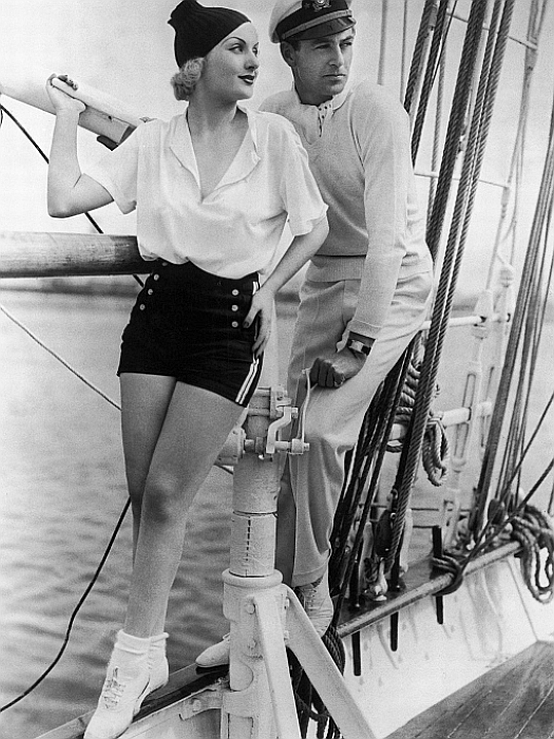 Carole Lombard and Gary Cooper make a great nautical pair in this maritime Paramount publicity photo. Here's another seafaring shot of them, probably from the same session, though both are wearing more layers of clothing: 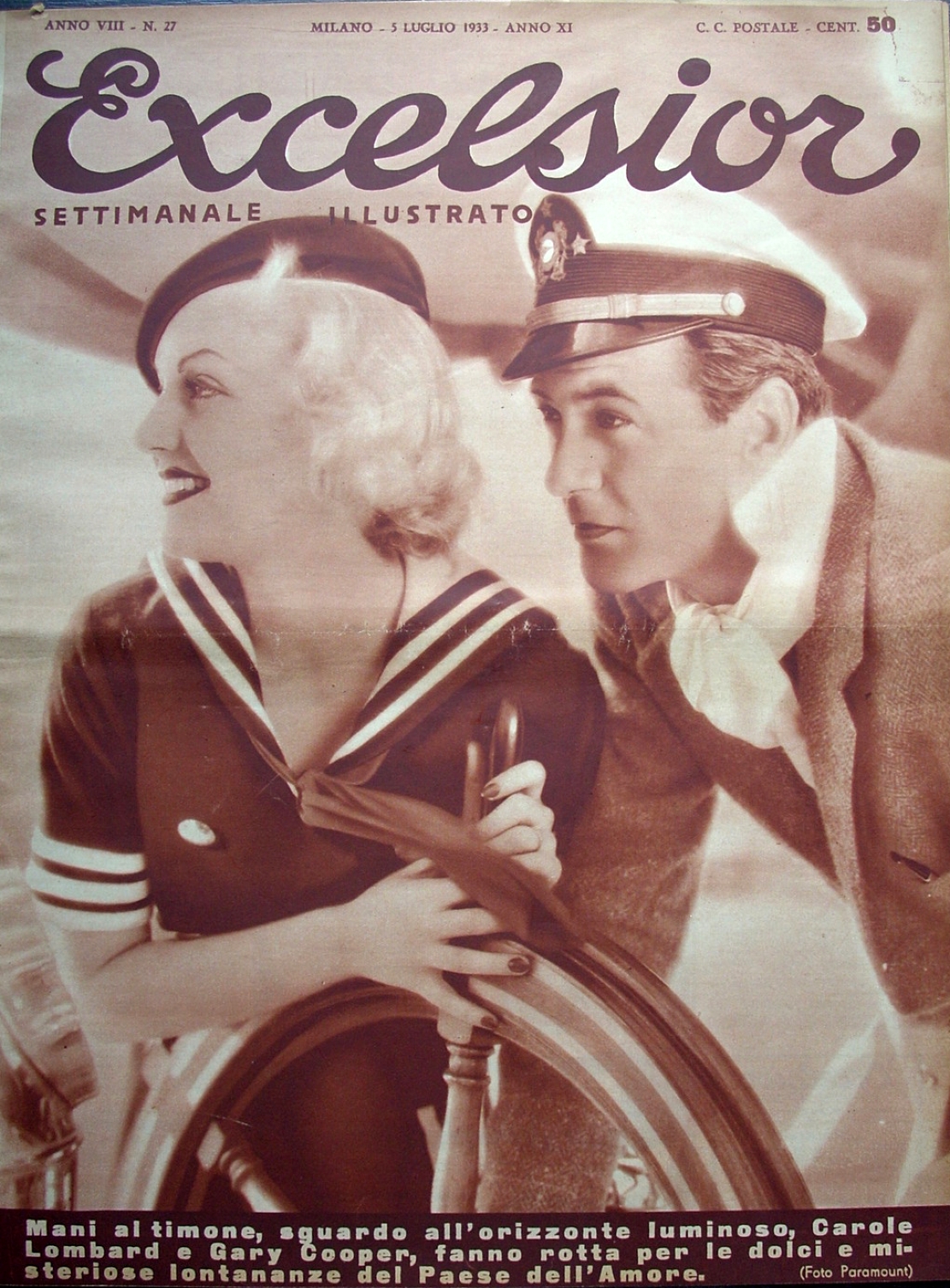 It's the cover of the July 5, 1933 issue of Excelsior, a magazine published in Milan, Italy. It also has more items for classic Hollywood fans to savor, such as this piece on Clark Gable, where's he's described as the new Rudolph Valentino -- ironic, that, since the initial rise of tough actors such Gable and James Cagney was to counter the Latin exotic type of the '20s personified by Valentino. 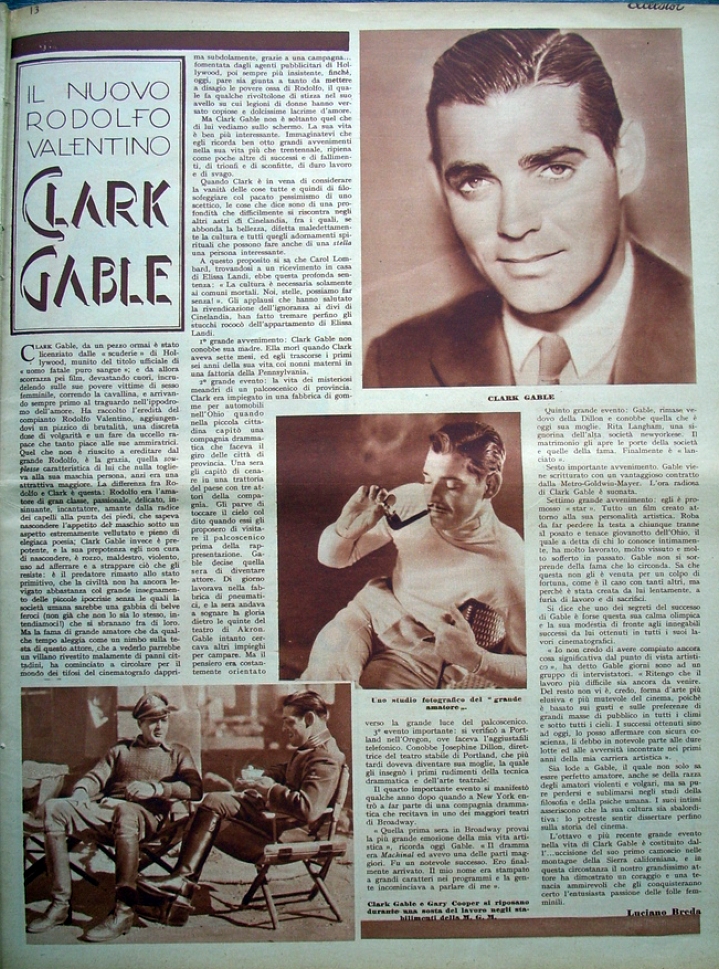 The back cover features a fetching portrait of Lilian Harvey: 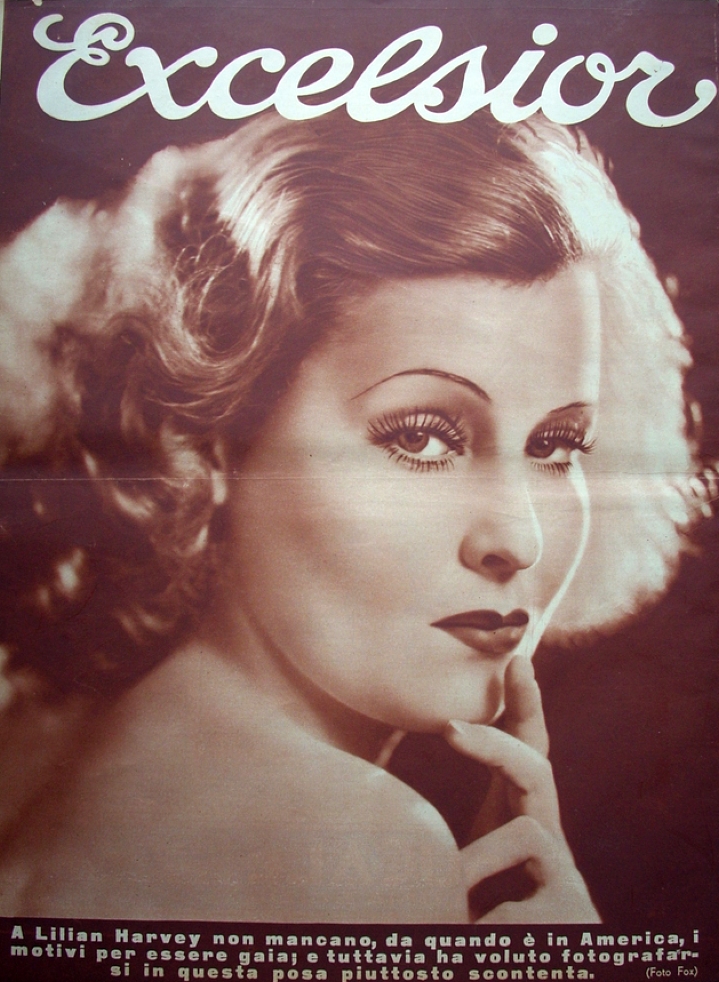 Fashion influences from Japan, a future fascist wartime ally, are shown inside: 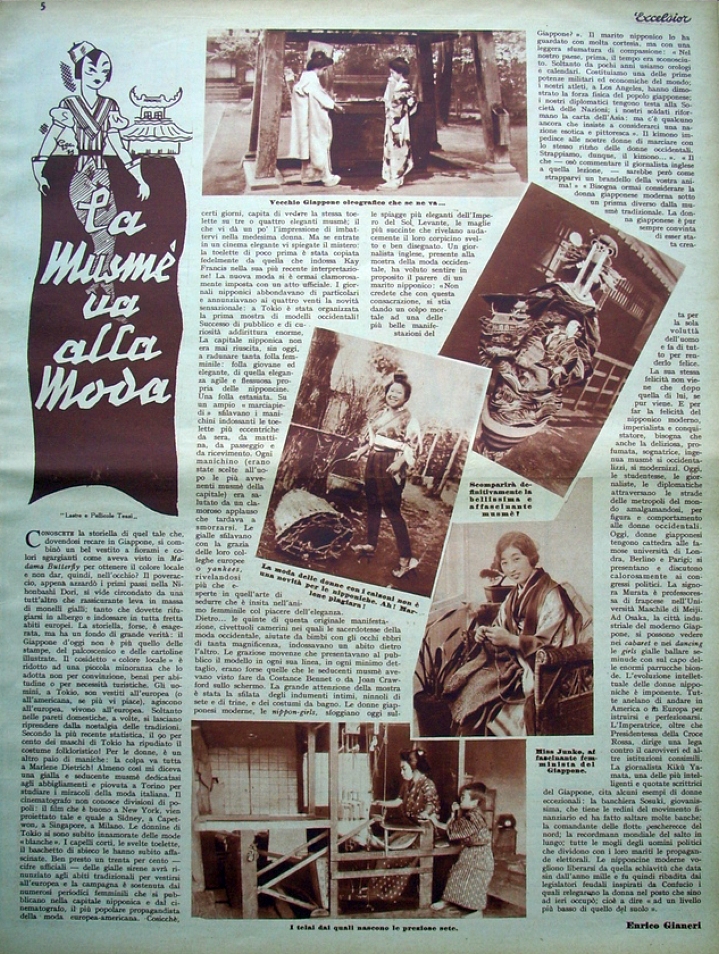 And to remind you the magazine is from 1933 Italy, a photo of Benito Mussolini: 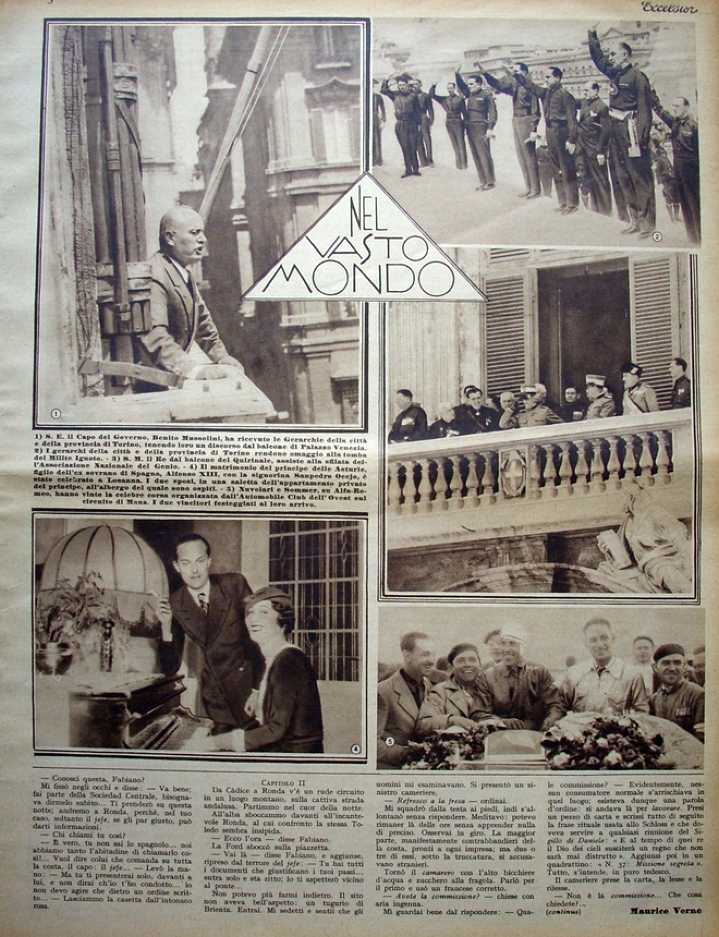 We're back to p1202 portraits for LiveJournal headers. This one, featuring Lombard in front of what appears to be either a studio lamp or faux moonlight, is p1202-33.
Collapse