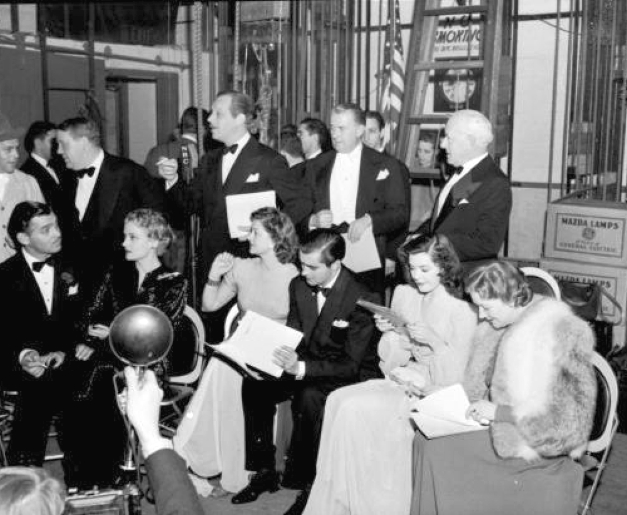 The stars came out on Jan. 8, 1941, as Hollywood held a broadcast benefit for Greek war relief -- and Carole Lombard and Clark Gable, just back from a trip to Washington and Baltimore, were among those on hand, as was MGM's Myrna Loy (at Lombard's left) and other notables. Now, another photo from that event has emerged: 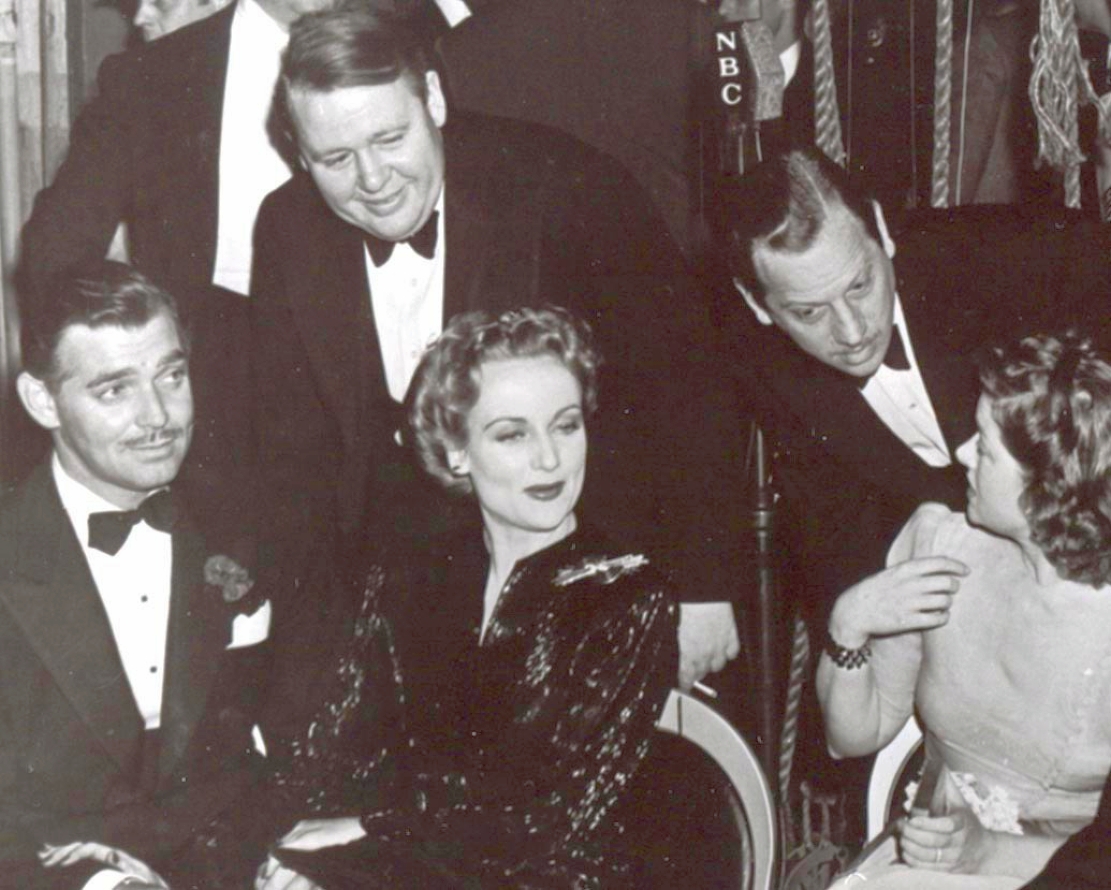 That's Charles Laughton, with whom Carole had co-starred in the recent "They Knew What They Wanted," behind the Gables. That's Melvyn Douglas speaking with Myrna; they had recently worked together in "Third Finger, Left Hand."

And I still wish someone in Hollywood had shown the foresight to make a female "buddy" feature teaming Lombard and Loy. Their styles and approaches to comedy would have complemented each other beautifully.
Collapse