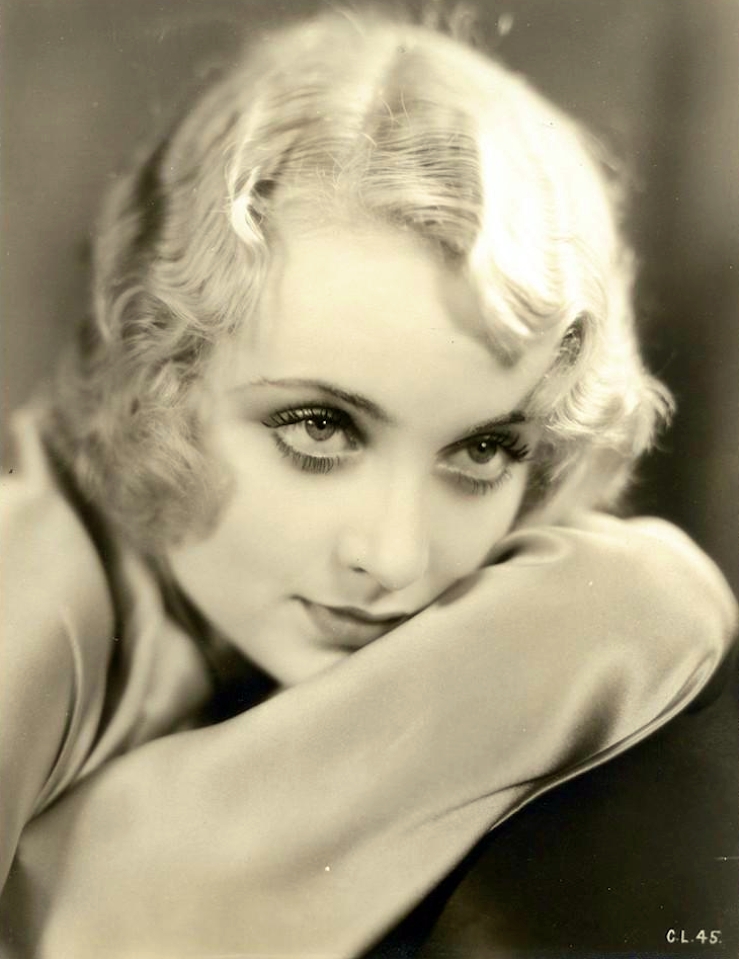 OK, so the studio is actually pronounced "path-AY"; ignore that and focus on the photo, showing a captivating, youthful Carole Lombard, probably from early 1929 or thereabouts. And yes, according to Pathe, it's not "Carole Lombard," but... 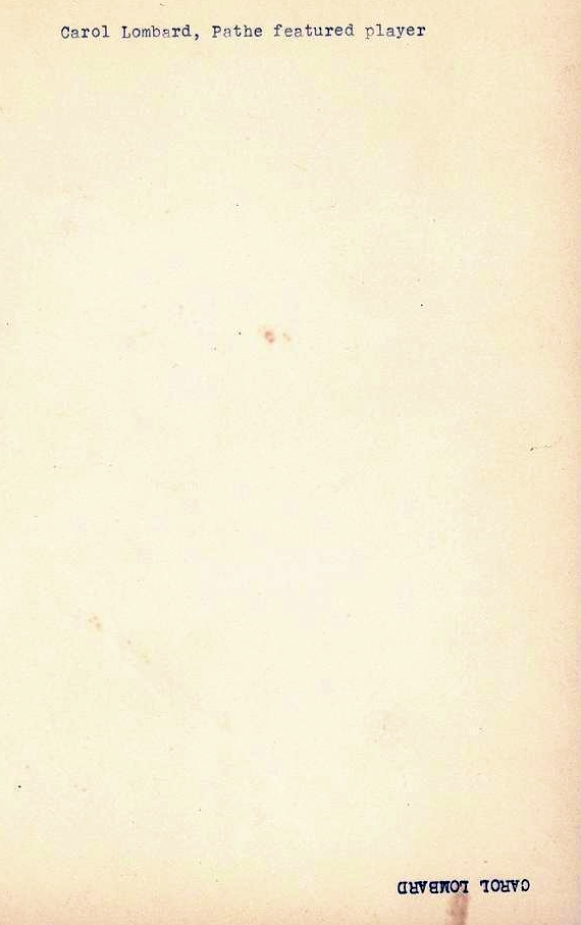 ..."Carol," as it insisted upon calling her. Whatever -- if beauty translated into power, Lombard was then among the most powerful 20-year-olds on earth, just by those eyes alone. (Although Constance Bennett's arrival at Pathe later this year negated such power.)

Pathe wasn't the only studio to use a "CL-xx" code for Lombard photos; so did RKO, where Carole worked for nearly two years. And the following sultry portrait is its CL-264: The seller advertises this as being from 1942, after Lombard had left the studio, leading one to think that this might have been issued as a posthumous tribute. Apparently not, however, because look at the lower left-hand corner of the print:

This seller, "babyjane-store," has two more heretofore unseen Lombard items. First, this keybook portrait, which looks to be from early in Carole's Paramount tenure: 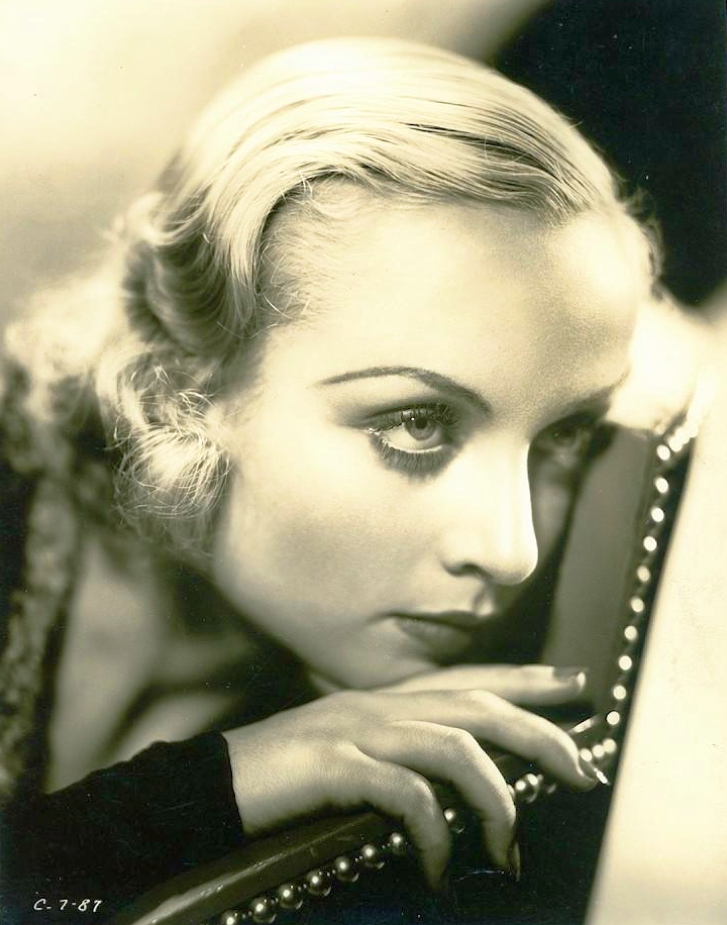 Finally, Carole with company...Coop...for Christmas. It's a publicity still of Lombard and Gary Cooper from the ultra-rare 1931 programmer "I Take This Woman": 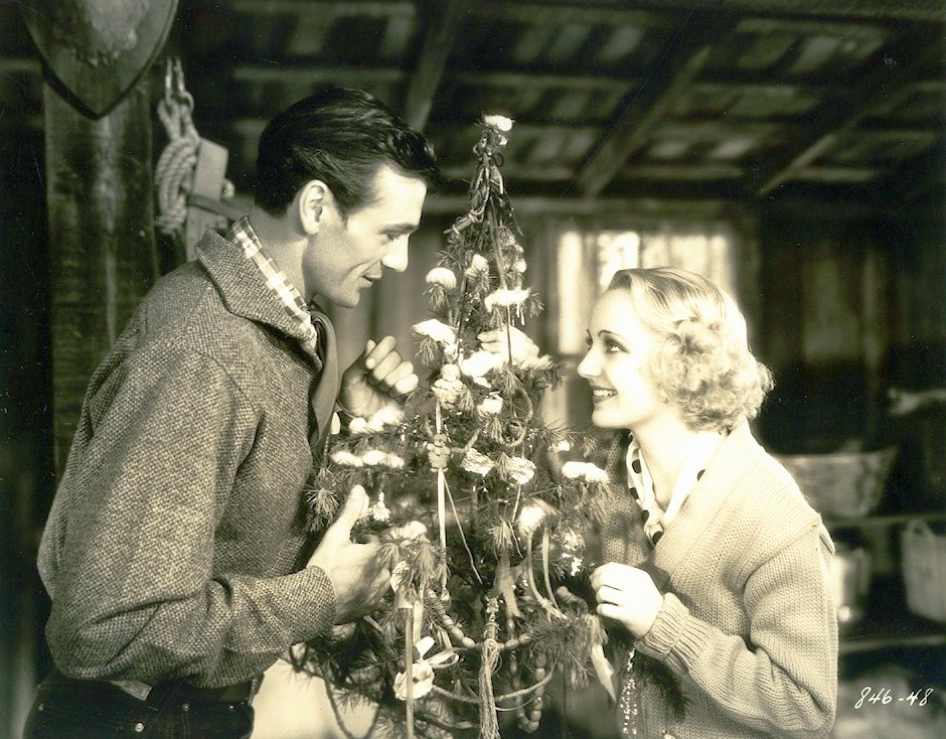 Nice to uncover yet another Lombard holiday image, and if you'd like this 8" x 10" in mint condition for your collection (or as a Christmas 2013 gift for the Carole or Coop fan in your life), start bidding -- the minimum bid's only $99.99, with bids closing at 5:06 p.m. (Eastern) Saturday. All the details are at http://www.ebay.com/itm/CAROLE-LOMBARD-GARY-COOPER-DECORATING-CHRISTMAS-TREE-VINTAGE-8X10-PHOTO-/200879413858?pt=LH_DefaultDomain_0&hash=item2ec5589a62.