When Carole Lombard arrived in New York by train in 1935, she probably enjoyed meals on board; indeed, many railroads had become famous for the quality of their dining cars. But once upon a time, that wasn't the case. Rail travel was relatively utilitarian, designed to deliver passengers, mail and freight. There was frankly no way to prepare any kind of food on a train, much less first-class cuisine.

The solution? Restaurants at rail stations, where passengers could disembark, get a good meal and then re-board. Several chains became famous for this, notably Harvey House restaurants, such as this one in Barstow, Calif., which served much of the West and were founded by entrepreneur Fred Harvey:

When 6-year-old Jane Alice Peters, the future Lombard, went west with her mother and two brothers in 1914, there's a good chance they stopped at a Harvey House along the way. But eventually, technology enabled railroads to serve meals on board -- convenient for passengers, inconvenient for the Harvey company. It persevered, however, and when Los Angeles Union Station opened in 1939, its restaurant at the Santa Fe terminal moved there. Next door to Union Station, connected by a walkway, the Harvey House shared the same classic California ambience as its neighbor, as this vintage postcard makes evident:

But as air travel overtook the trains, fewer and fewer people were entering, much less eating in, Union Station, and the restaurant closed in 1967. It's been rented out for film shoots and special events, so it's in generally good shape...but ironically, all food has to be brought in because the kitchen is no longer in working condition.

The good news? That may soon be changing.

The Los Angeles Metro, which assumed operation of Union Station a few years ago (in addition to Amtrak, it's a stop for its Purple, Red and Gold lines), is seeking a full-time operator for the building. While it's currently closed to the public, save for occasional tours by groups such as L.A. Conservancy, here are some images of what it looks like today: 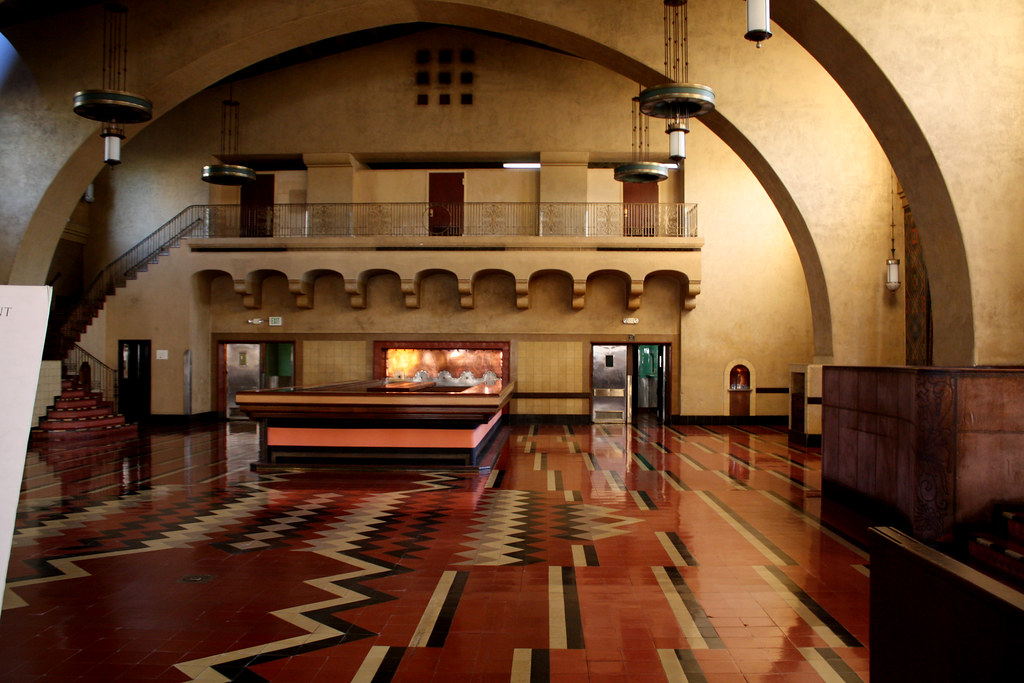 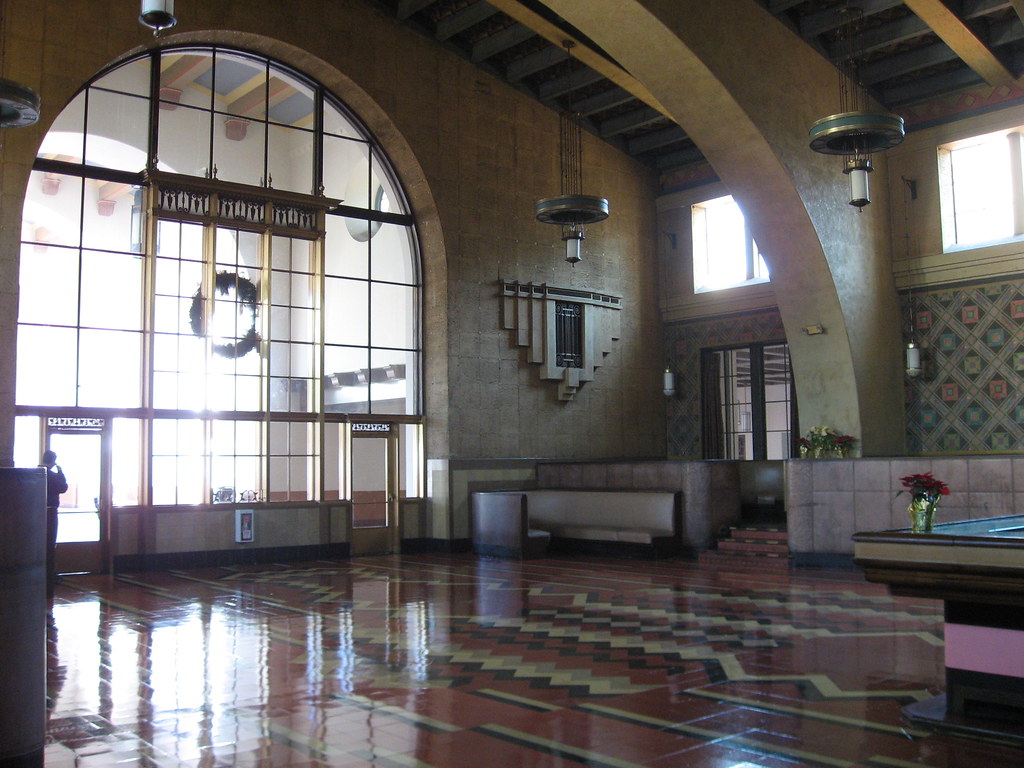 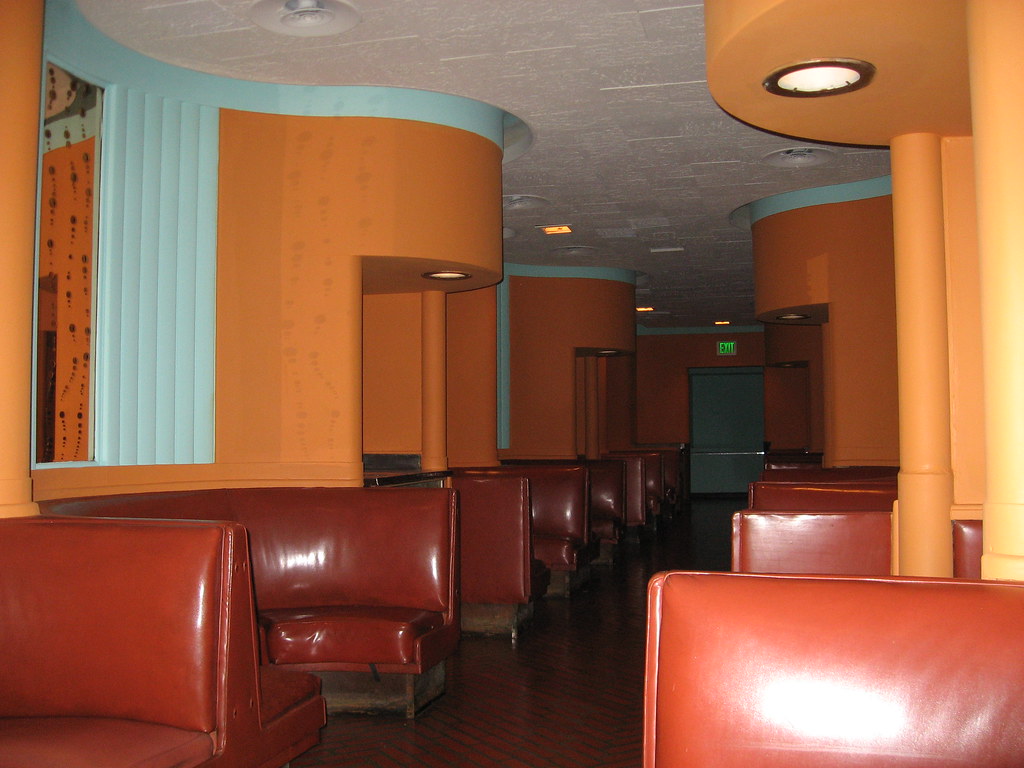 The last picture shows some of the adjacent booths at the restaurant. There are also patio areas that could be refurbished.

Like several other rail terminals of note (e.g., New York's Grand Central, which turns 100 next month, and Union Station in Washington), LA's Union Station has become a foodie haven of late, headlined by Traxx restaurant inside the station itself. This would be the icing on the cake, so to speak.
Collapse