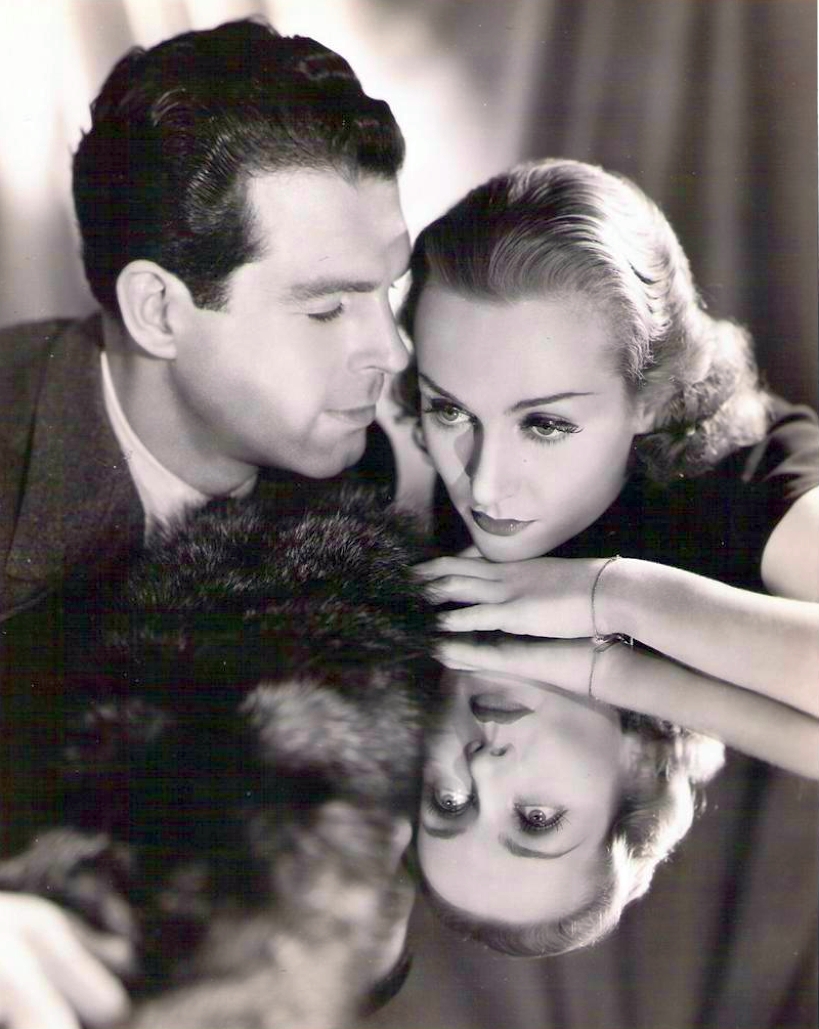 If ever a Carole Lombard film could be described as "average" or "neutral," "The Princess Comes Across" is it. Few consider this 1936 comedic thriller from Paramount, co-starring Fred MacMurray, one of Carole's best -- yet conversely, few deem it among her worst movies. Unlike, say, "True Confession," which draws both significant praise and vehement disdain (yes, Leonard Maltin, we mean you), "Princess" isn't the type of movie that elicits heated debate one way or the other. It's just there.

Nevertheless, it has been the catalyst for a pair of recent memorabilia items, such as the portrait above, taken by noted Paramount photographer Eugene Robert Richee. This 8" x 10" original still is in excellent condition, and bids for it begin at $30 (none have been made as of this writing). Bidding is slated to end at 8:19 p.m. (Eastern) next Wednesday. If this photo strikes your fancy, bid or learn more by visiting http://www.ebay.com/itm/Carole-Lombard-Fred-MacMurray-Princess-Comes-Across-Orig-Movie-Pub-Still-1936-/160953212050?pt=LH_DefaultDomain_0&hash=item25798f1c92.

The other item hails from a country with considerable experience with princesses -- Great Britain. Specifically, it's the UK pressbook for "Princess," and unfortunately, the seller's scanner couldn't fit the entire 9" x 12" image. So here are partials from three of its 12 pages: 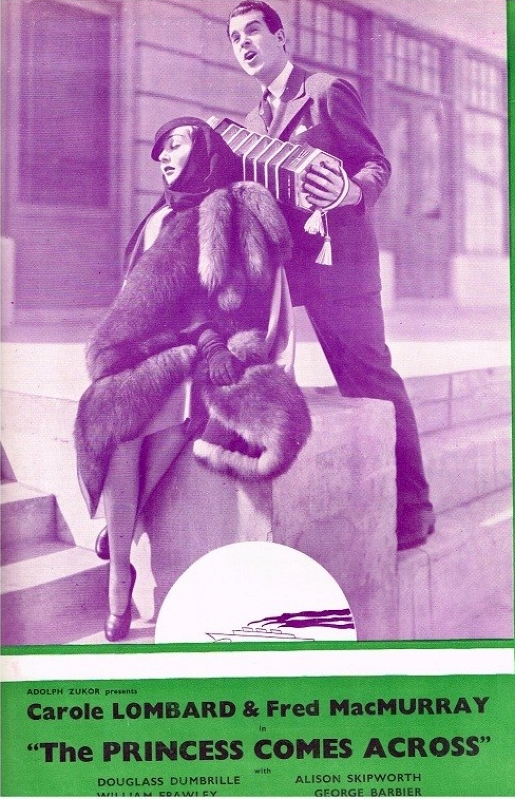 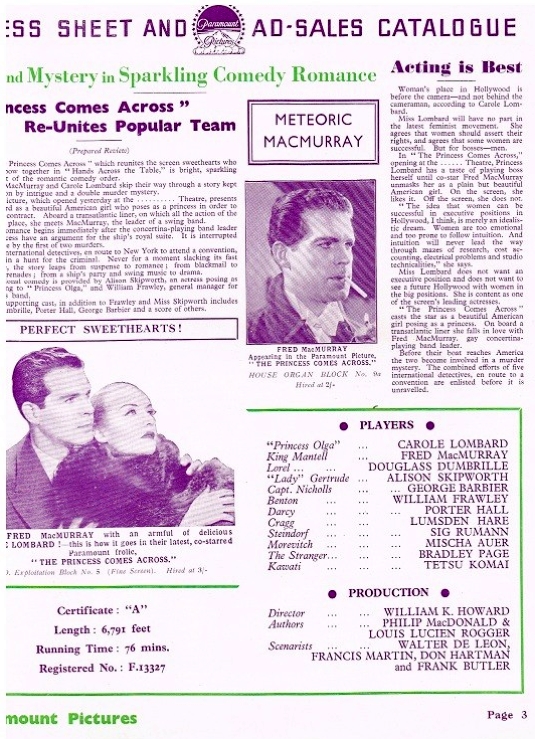 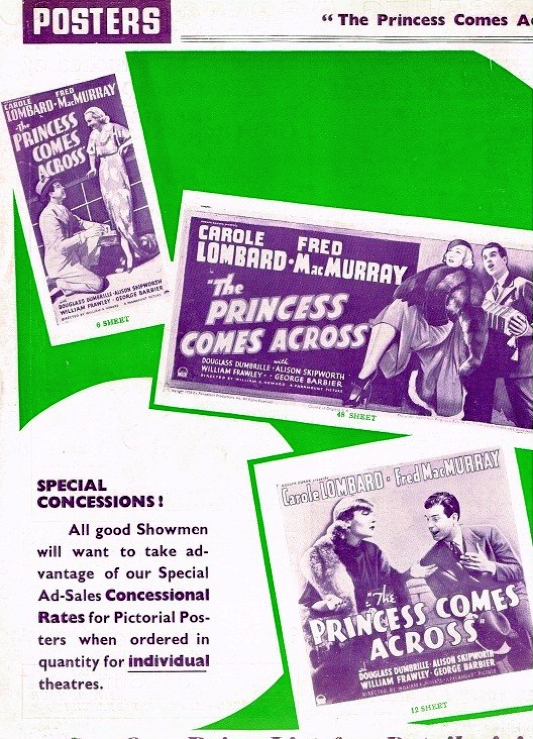 It spent some 50 years in a show business file cabinet, which may be why the seller describes it as being in "nice" condition. There's a little bit of wear and handling, but not much.

Bidding begins at $9.95 for this pressbook, and bidding will end at 9:08 p.m. (Eastern) a week from Friday. Think you're interested? Then go to http://www.ebay.com/itm/Carole-Lombard-Fred-MacMurray-Princess-Comes-Across-Orig-Movie-Pub-Still-1936-/160953212050?pt=LH_DefaultDomain_0&hash=item25798f1c92. It's for a property that could make its owner feel downright royal.
Collapse