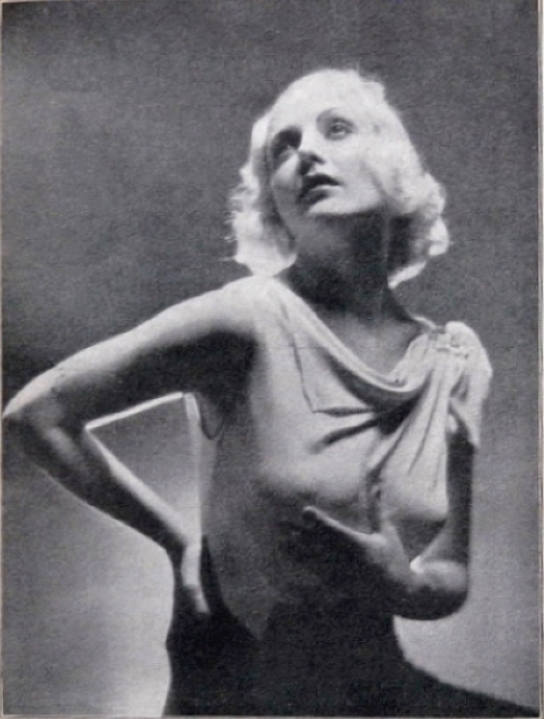 Yet another alluring portrait of Carole Lombard...but what makes this one a bit unusual is where and when it was printed. First, the where, as indicated by the language of the caption:

It's in German. Now, the when: 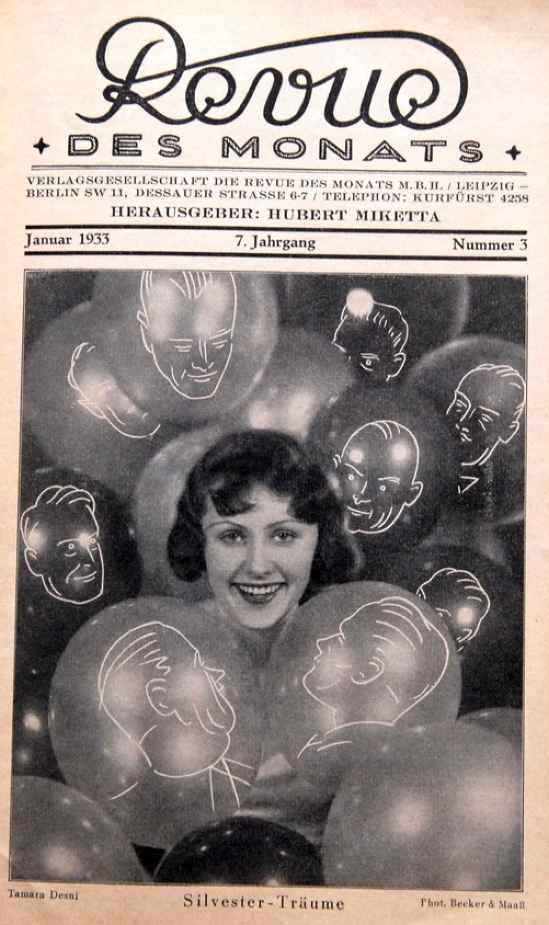 January 1933. The magazine is Revue des Monats ("Revue of the Month"), an entertainment magazine that had been around since the mid-1920s; here's a cover from August 1932: 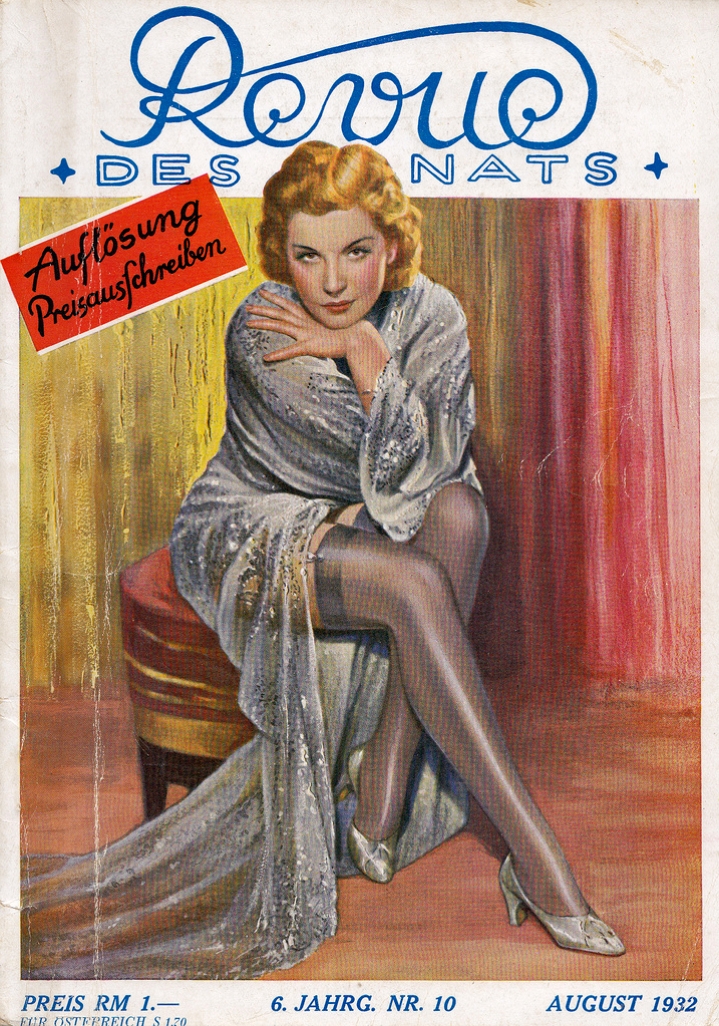 It had frequently run photos of Josephine Baker and other stars of the time, and often the females were shown topless. There was also extensive movie coverage, such as the following two-page spread from the January '33 issue that includes two photos of Dolores Del Rio and a reference to King Vidor. (My knowledge of German is next to nil, but I did recognize the names. If anyone can translate the Lombard caption, it would be greatly appreciated.) 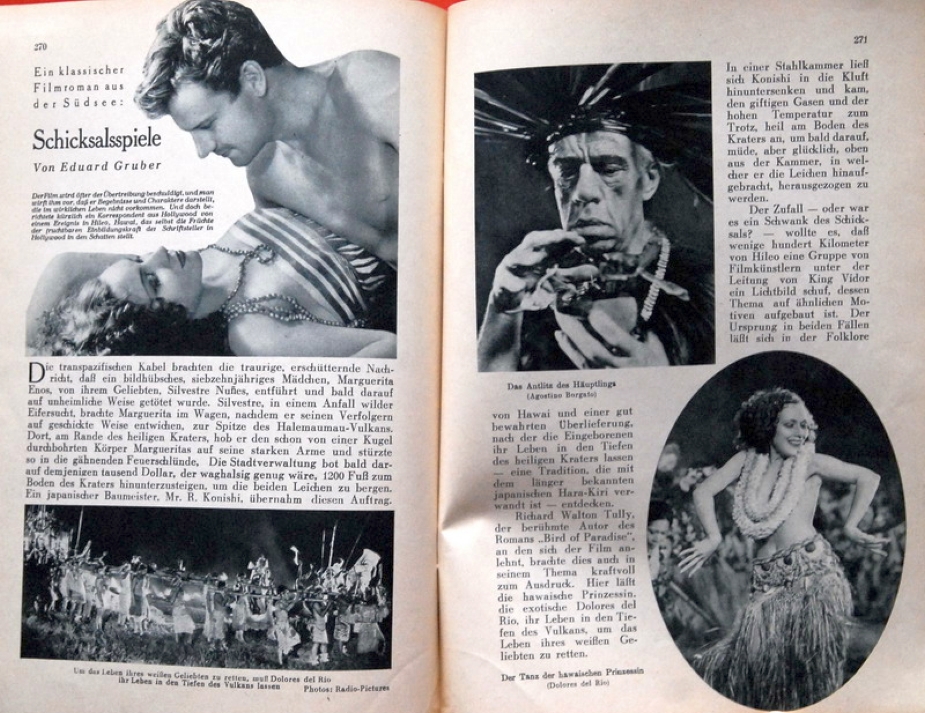 So the cover of the January issue turned out to be rather prophetic; Revue des Monats was indeed on thin ice: 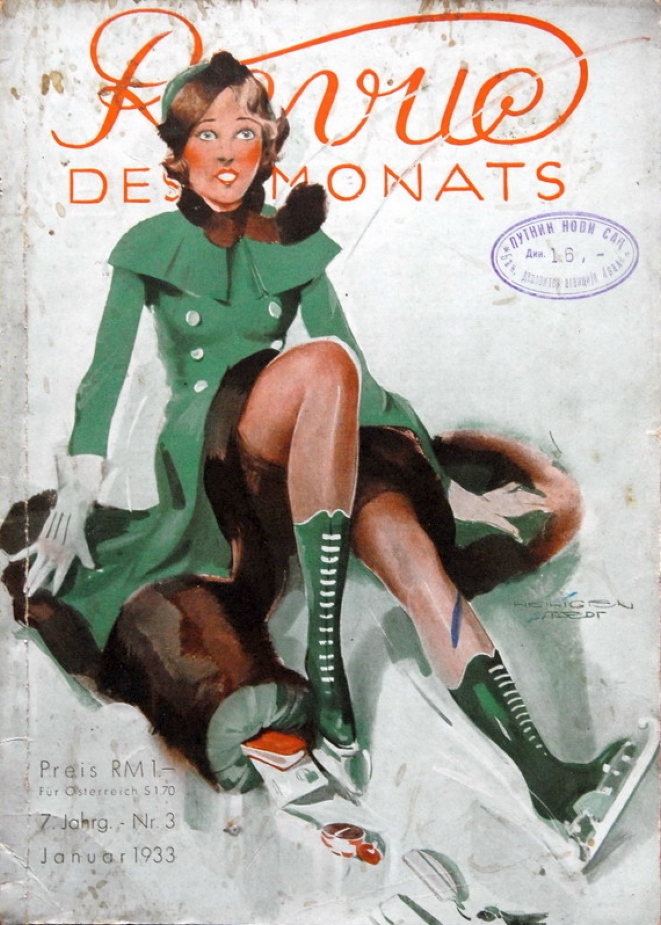 By the end of January, Adolf Hitler had been named chancellor of Germany, and within months his Nazi party had a stranglehold on that nation's power. In the Nazis' eyes, "decadent" publications such as Revue des Monats had no place in Germany, and the magazine didn't last the year.

The latest LiveJournal header is Paramount p1202-9, which may be from Lombard's first studio portrait session in Hollywood. (Earlier publicity stills in the p1202 series were taken at Paramount's Astoria studio in Queens, N.Y.)
Collapse