Sometime soon, we intend to resume our "looking back" series, which ended in October with a glance at October 1933. For now, we have a new Carole Lombard feature, where we peruse fan magazines for Carole tidbits. We presently have three magazines to cull from -- Motion Picture, Photoplay and Picture Play, as we go back some 80 years and see some of what was still on the newsstands as 1933 began. (The February issues wouldn't appear until mid-month.)

While none of the three had lengthy Lombard articles, that doesn't mean she was absent from their pages. Take this, for example, from Motion Picture: 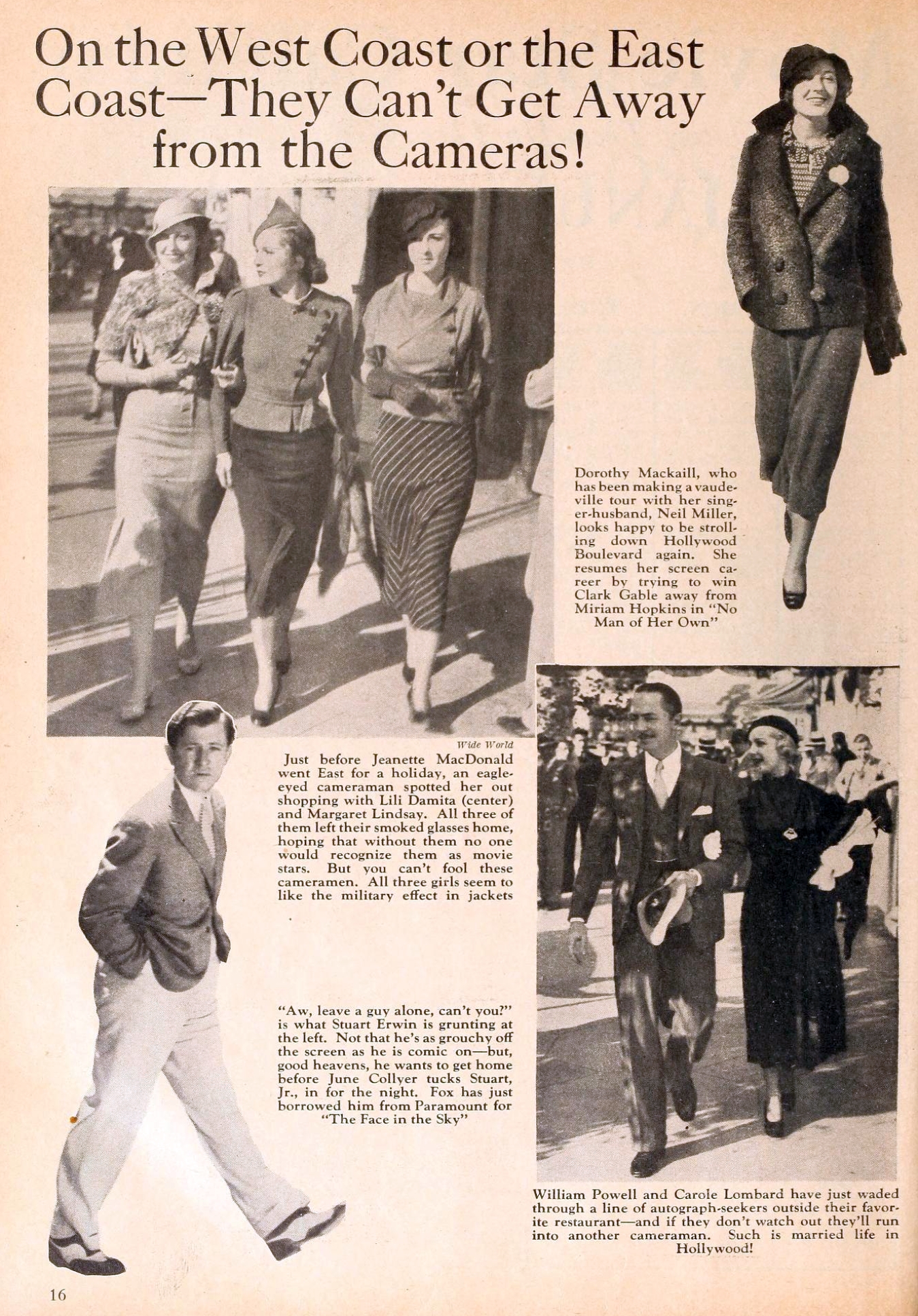 Here, it looks as if people are giving celebrities (or at least those named Lombard and Powell) their space. Now, a closeup, along with an incorrect note directly above:

Evidently, the folks at Motion Picture didn't get the word that Carole had replaced Miriam Hopkins as the female lead in "No Man Of Her Own" until after it went to press.

The magazine's other Lombard item dealt with her revolt against Warners for being loaned out opposite James Cagney in "Hard To Handle." She had no problem with Cagney, mind you; she simply didn't like the role. This news had made the trade papers and a few syndicated newspaper columns, but many casual fans were probably unaware of Carole's contretemps: 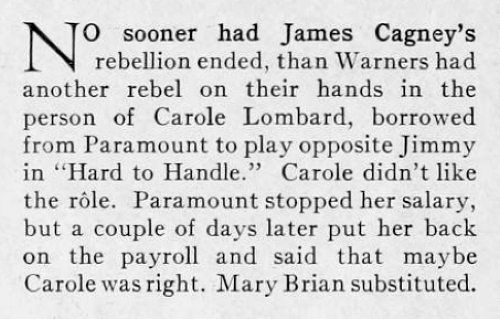 In retrospect, one wishes she had made the movie, which turned out to be one of Cagney's best early '30s comedies.

This was also the subject of a blurb in that month's Picture Play, although the magazine called the film by its original title, "The Inside," and continued its curious spelling of Lombard's first name without the "e": 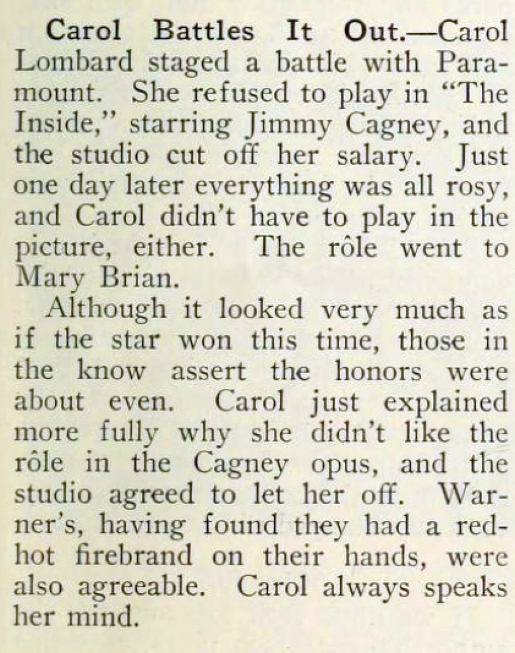 "Carol always speaks her mind." But did she speak it to several editors of a magazine, telling them to get her darned first name right?

Over at Photoplay, there wasn't much Carole copy, though it ran a shot of her and Powell dining to dispel rumors of friction between the couple. It was part of a picture cast listing that included Lombard's recent "No More Orchids" and "If I Had A Million," the Paramount all-star extravaganza she came close to appearing in (http://carole-and-co.livejournal.com/26161.html). 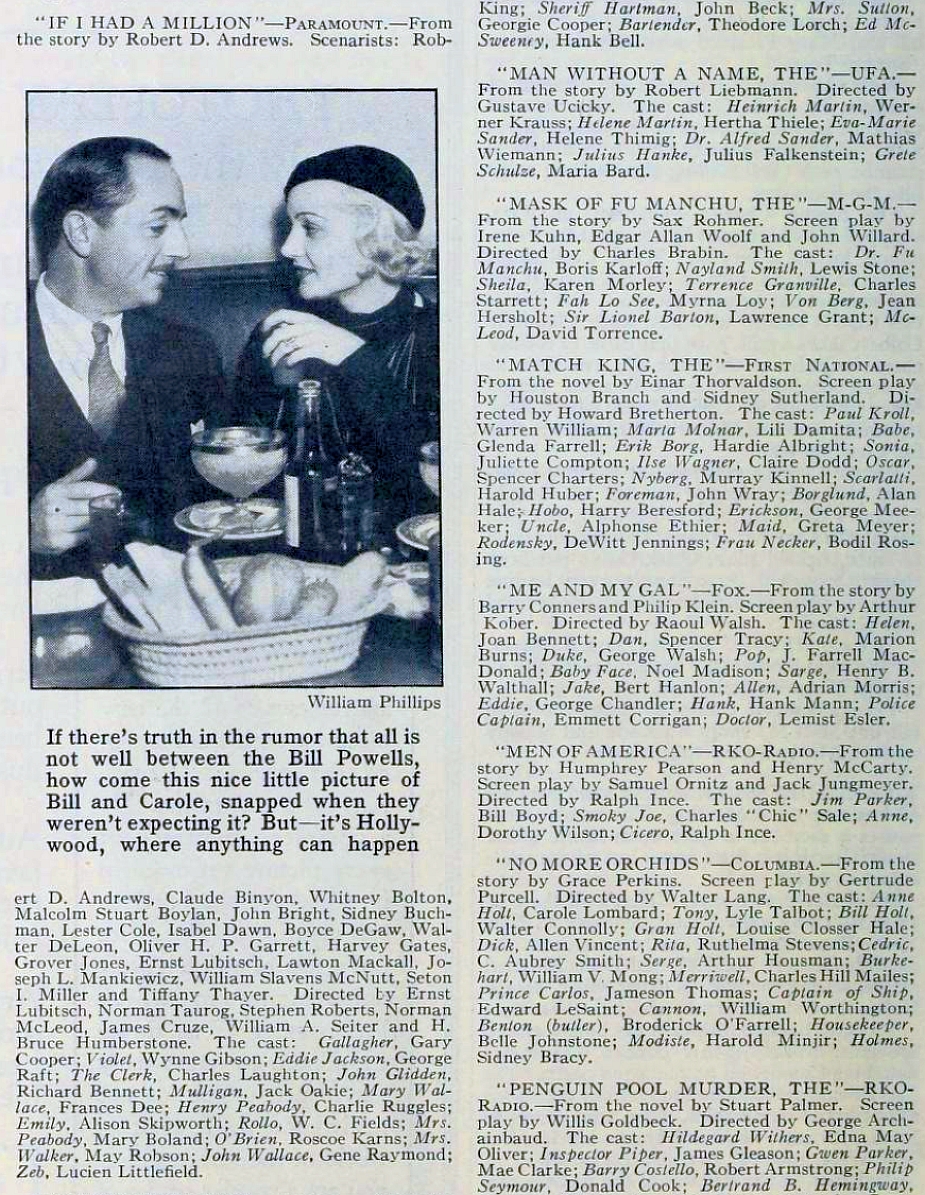 That issue also featured brief reviews of "Virtue" and "No More Orchids," flanking a photo of Anita Page and lipstick: 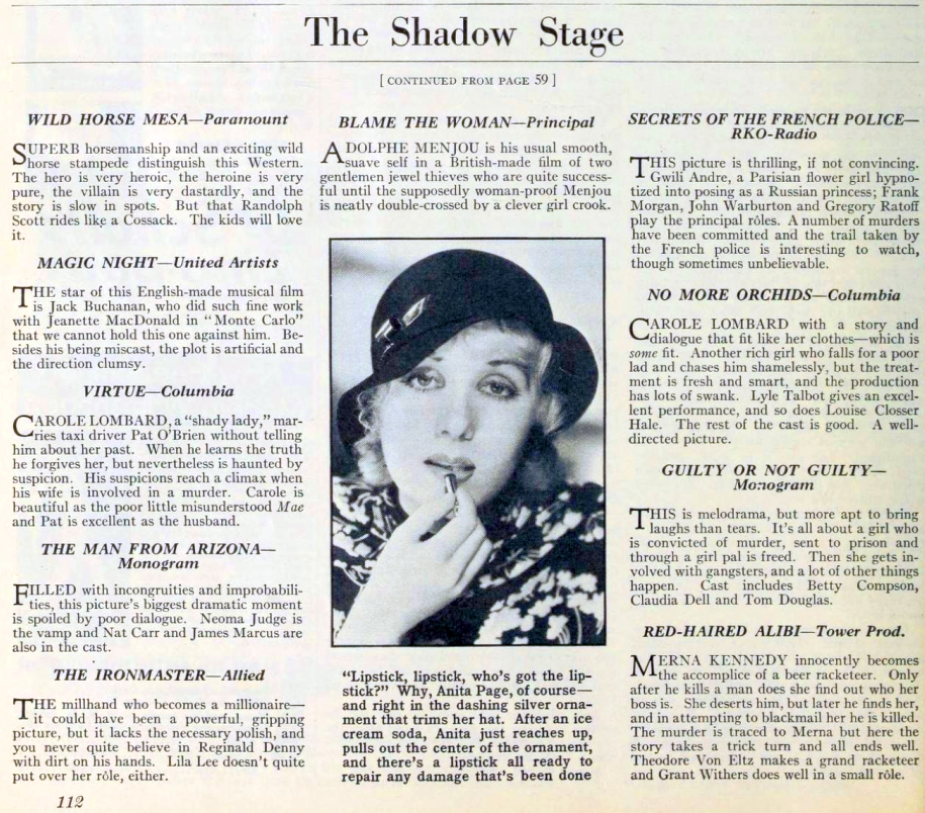 As you can see, Lombard didn't make much of a splash in these January issues...but there would be more to come.
Collapse