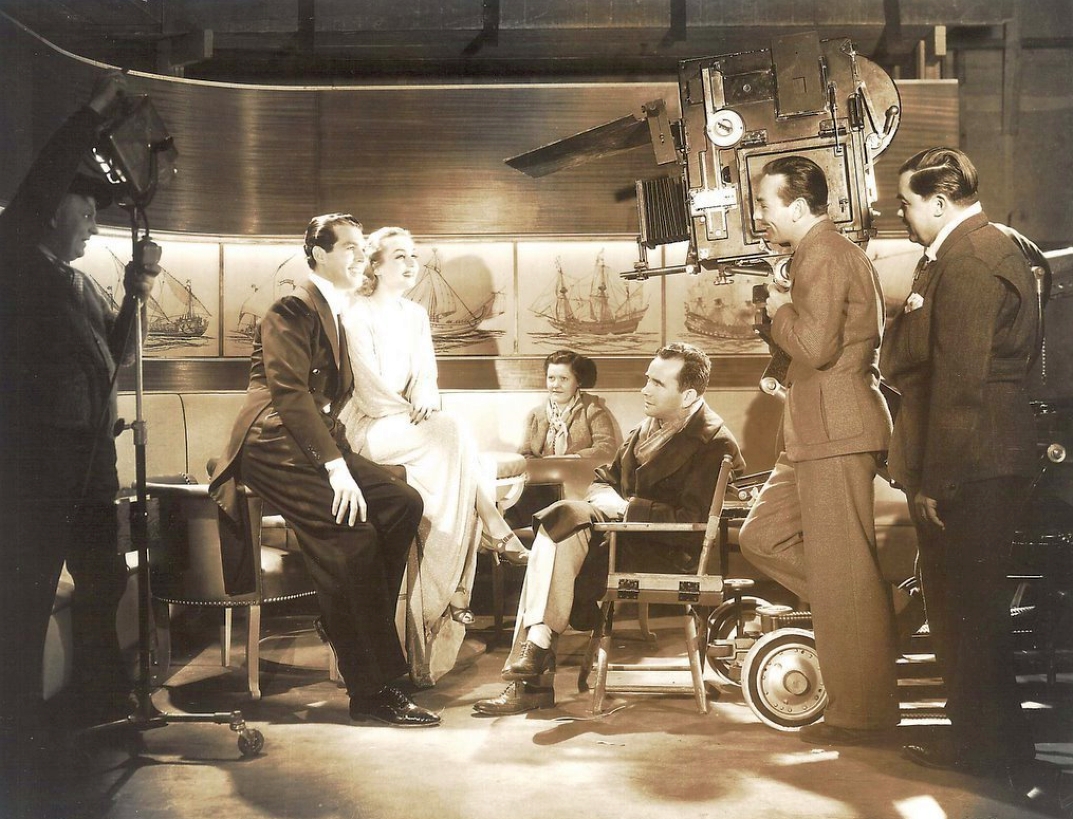 Carole Lombard is shown with Fred MacMurray on the set of "The Princess Comes Across," with director William K. Howard seated near them, out of camera range. Lombard had a fascinating, if unfortunately brief, film career, and one of my associates in the classic Hollywood blogosphere is writing extensively about it. 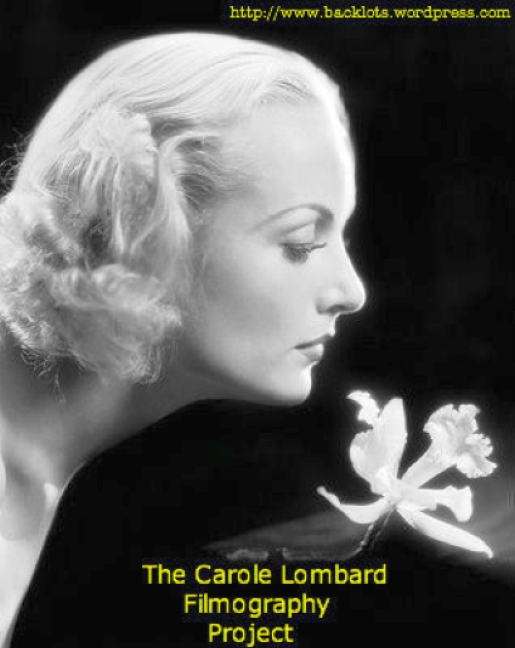 Lara Fowler, who writes the blog, announced the project Oct. 18 (http://backlots.wordpress.com/2012/10/18/introducing-the-carole-lombard-filmography-project/). While Lara is certainly a Lombard fan, this came about when she asked readers what star's filmography they wanted to see profiled on the site; Carole was a clear-cut winner. 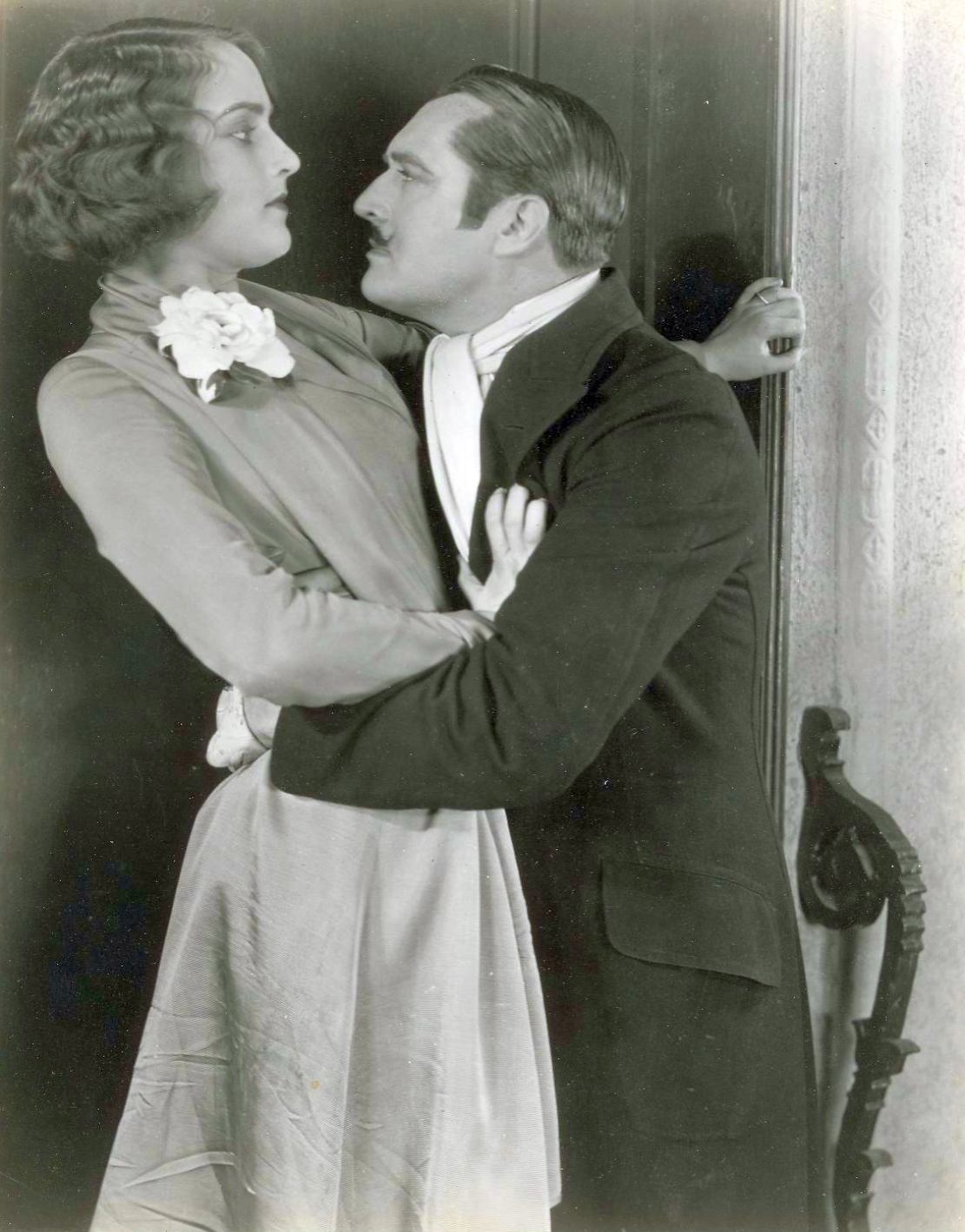 But what about Lombard films that are lost, such as 1925's "Marriage In Transit"? In those cases, Fowler will summarize them.

Lara has subsequently written a brief biography of Carole (http://backlots.wordpress.com/2012/10/24/carole-lombard-filmography-project-clfp-biography-of-carole-lombard/), as well as entries of films she has indeed seen: 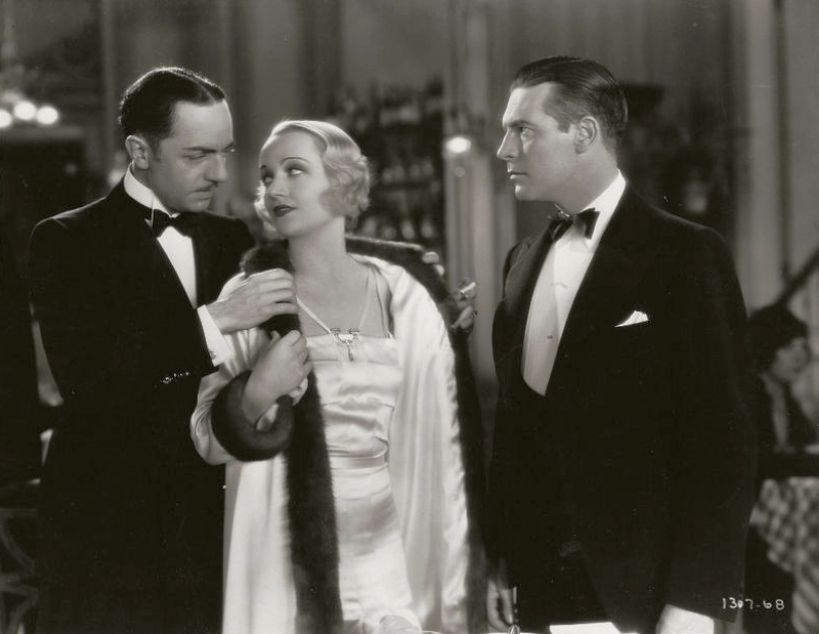 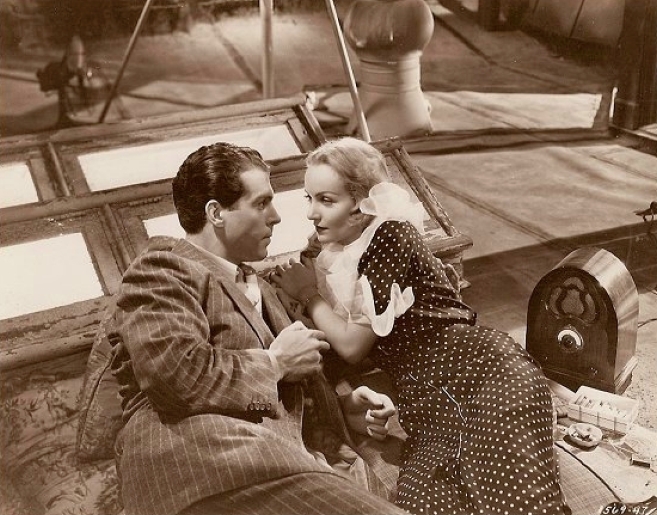 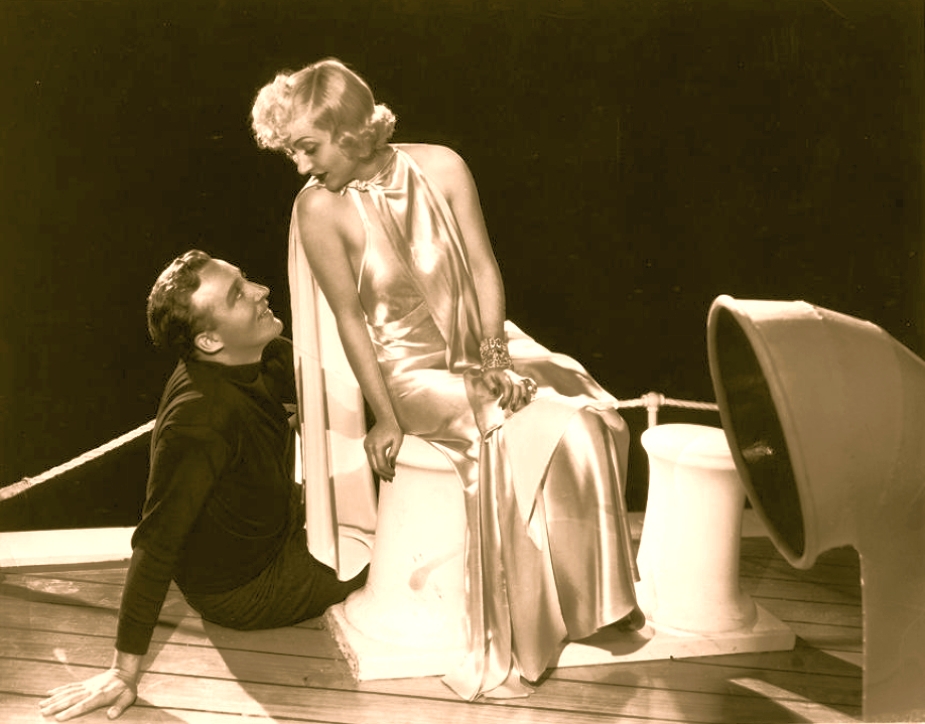 I'm curious where this will all lead (probably to the three remaining films in the 2006 "Glamour Collection" at first, including "The Princess Comes Across"). It promises to be worth checking out.
Collapse