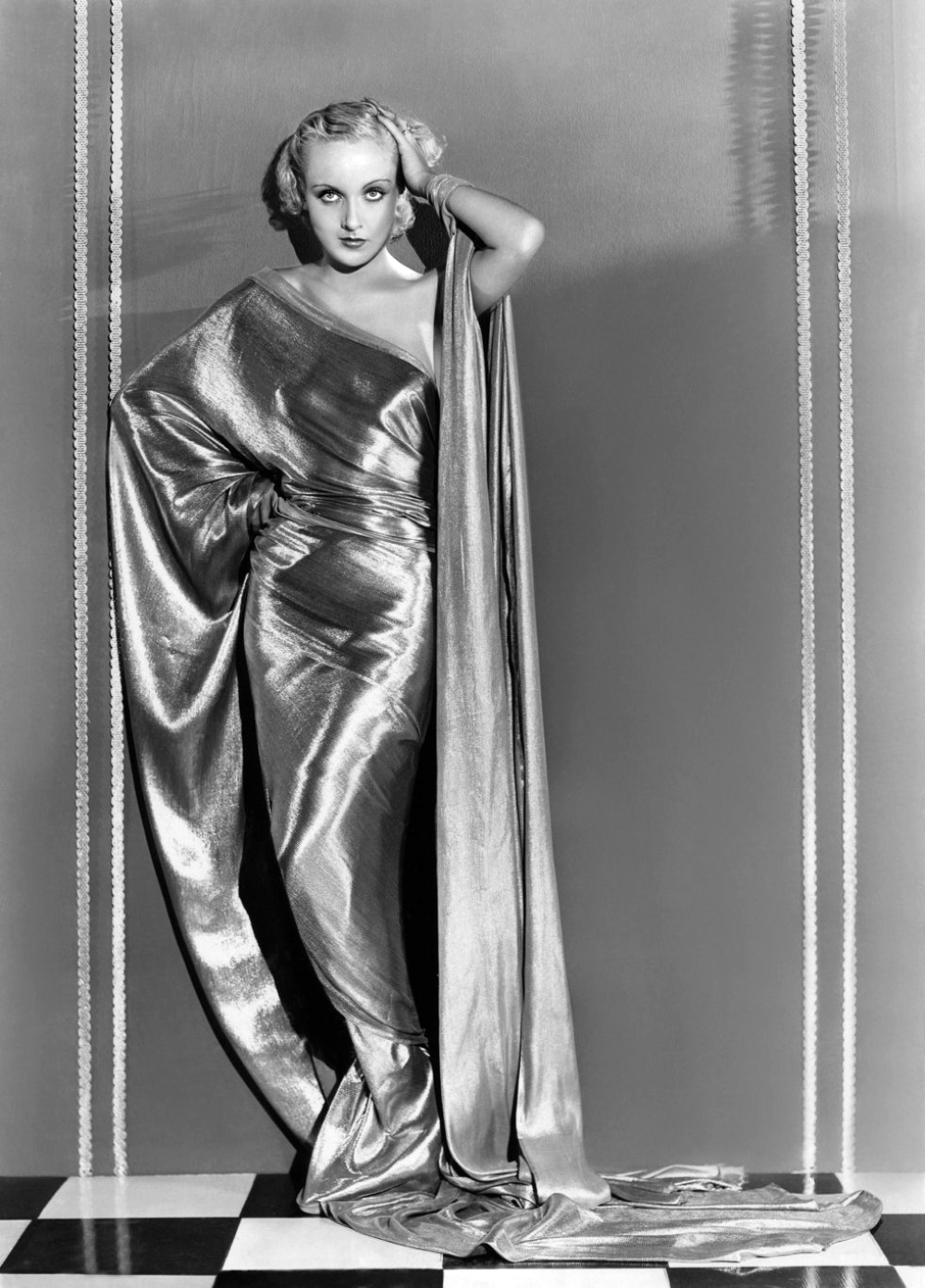 You've probably seen Carole Lombard dressed -- or perhaps more precisely, draped -- in gold, thanks to designer Travis Banton, who thought Lombard could appear beautiful merely wrapped in gold lame cloth (this isn't a gown or dress she's wearing). This is Paramount p1202-191, from 1932, which proved he was right.

At about that time, Lombard also appeared in draped gold for another photo: 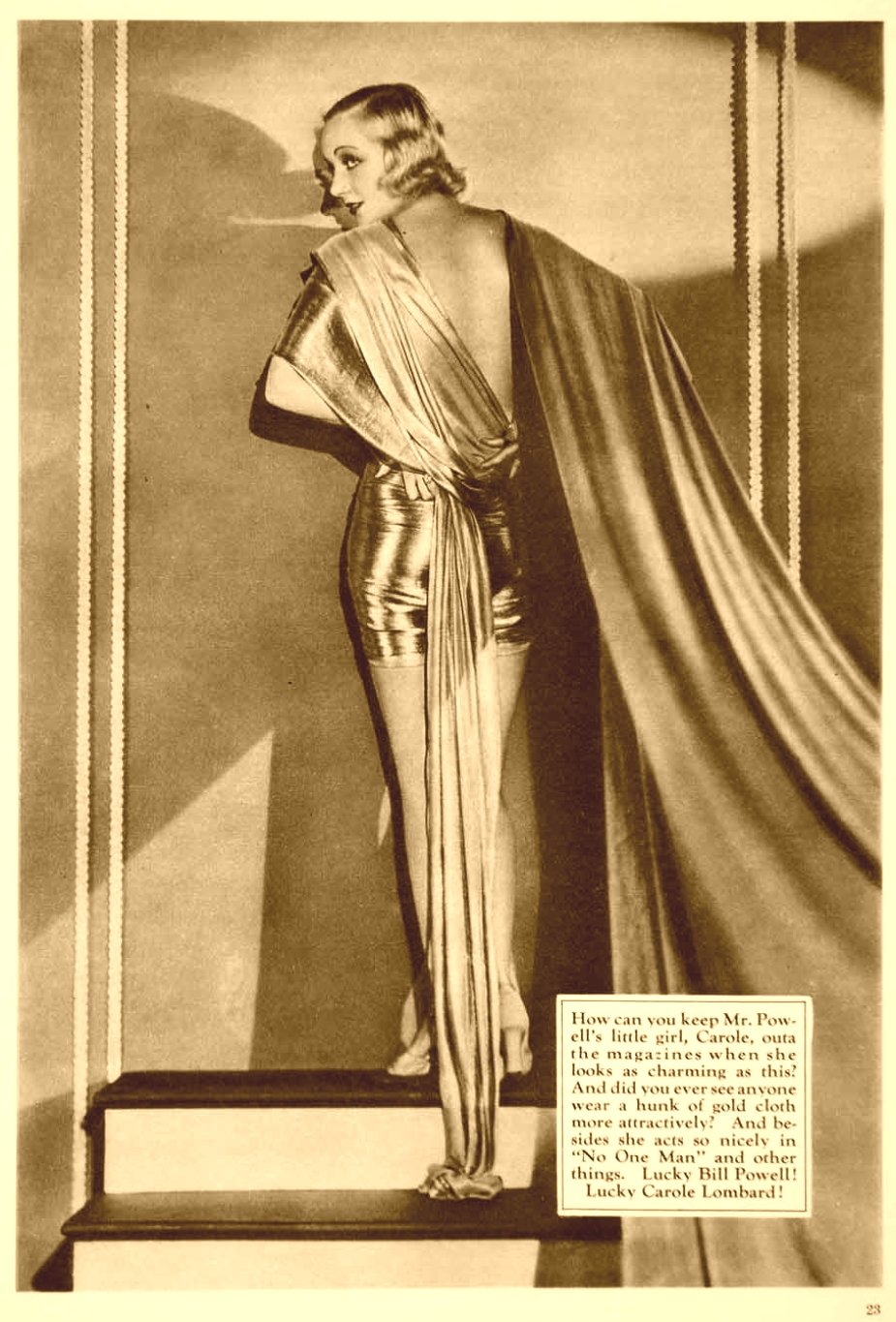 I have no idea where this ran, though seeing a number at the lower right-hand corner and reading the rather gushy prose leads one to believe this comes from a fan magazine of some sort. (Q. "And did you ever see anyone wear a hunk of gold cloth more attractively?" A. "No.") Wherever it ran, it's gorgeous, a rare image of Carole at her early 1930s sexiest.

About a year earlier, rising starlet Lombard did what rising starlets often do -- pose for portraits to promote something they have no connection with whatsoever. In this case, Carole is holding a 1931 license plate from North Carolina: 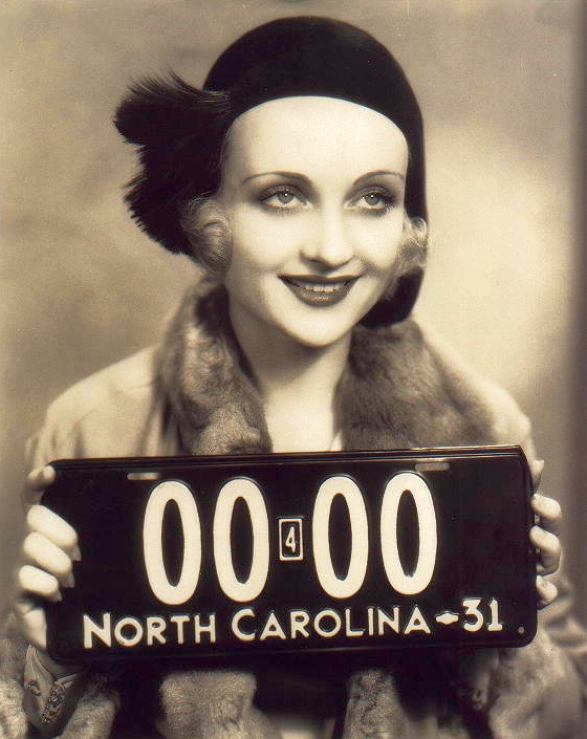 Why Lombard was selected for this assignment eludes me...unless someone at Paramount decided that "Carole" was the closest thing they had to "Caroline" on their talent roster.

A search through the Newspaper Archive in 1931 (and late 1930) showed no image of it in a North Carolina newspaper (although, to be fair, the Archive features only one paper from the state during this time, in Burlington).

I have no idea whether Carole ever visited North Carolina, though I tend to doubt it.