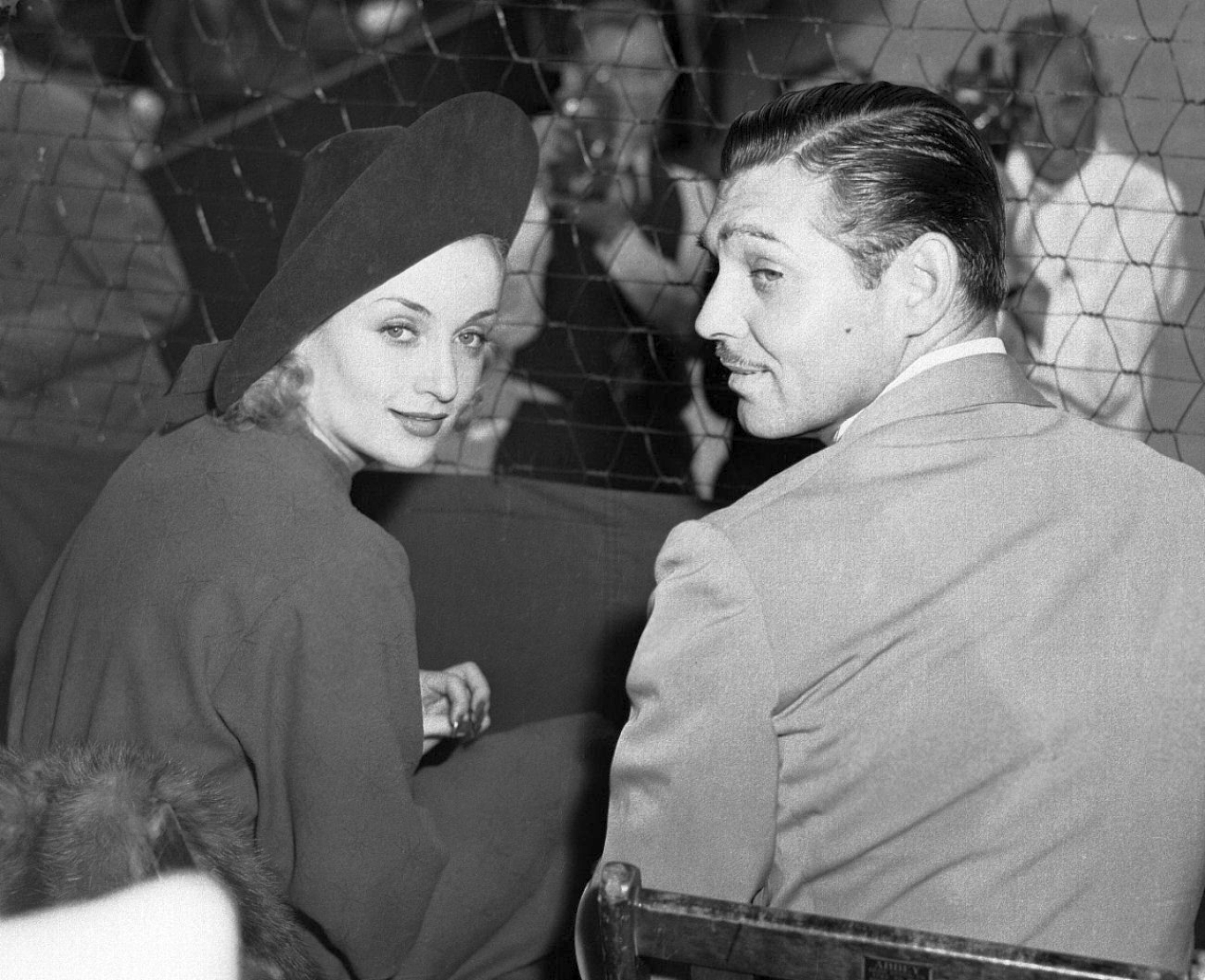 We're talking six items involving Carole Lombard and Clark Gable -- five fan magazine articles, one picture. You've got your chance to get them, thanks to an eBay auction. What's available? We'll check them, one by one: 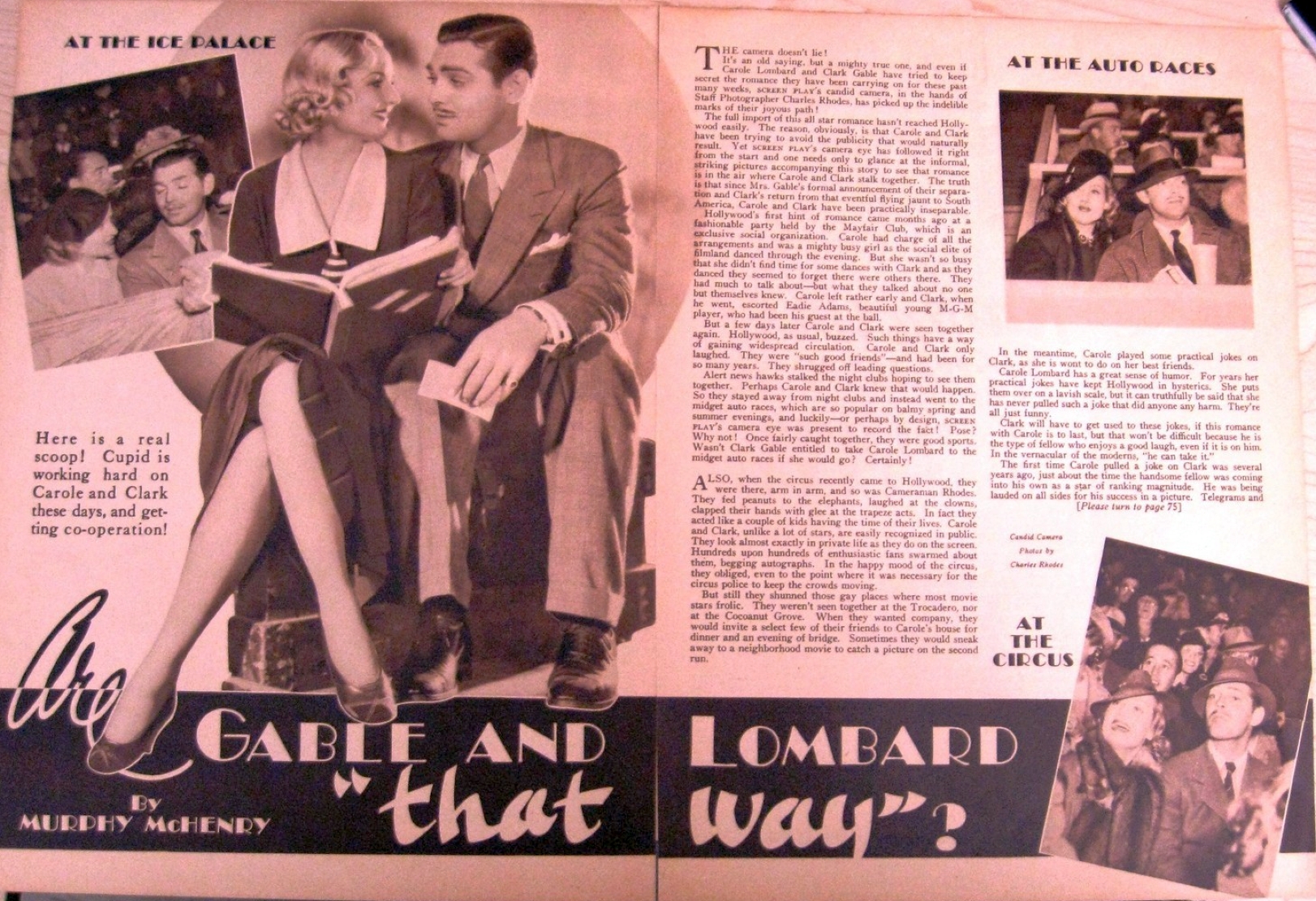 * From Screen Play magazine, sometime in mid- or late 1936 (the seller states it's from 1935, but that's before their romance began), "Are Gable And Lombard 'That Way'?" A fun story about the early part of their relationship. Here's a closeup of the right-hand page, enabling you to see some of the copy: 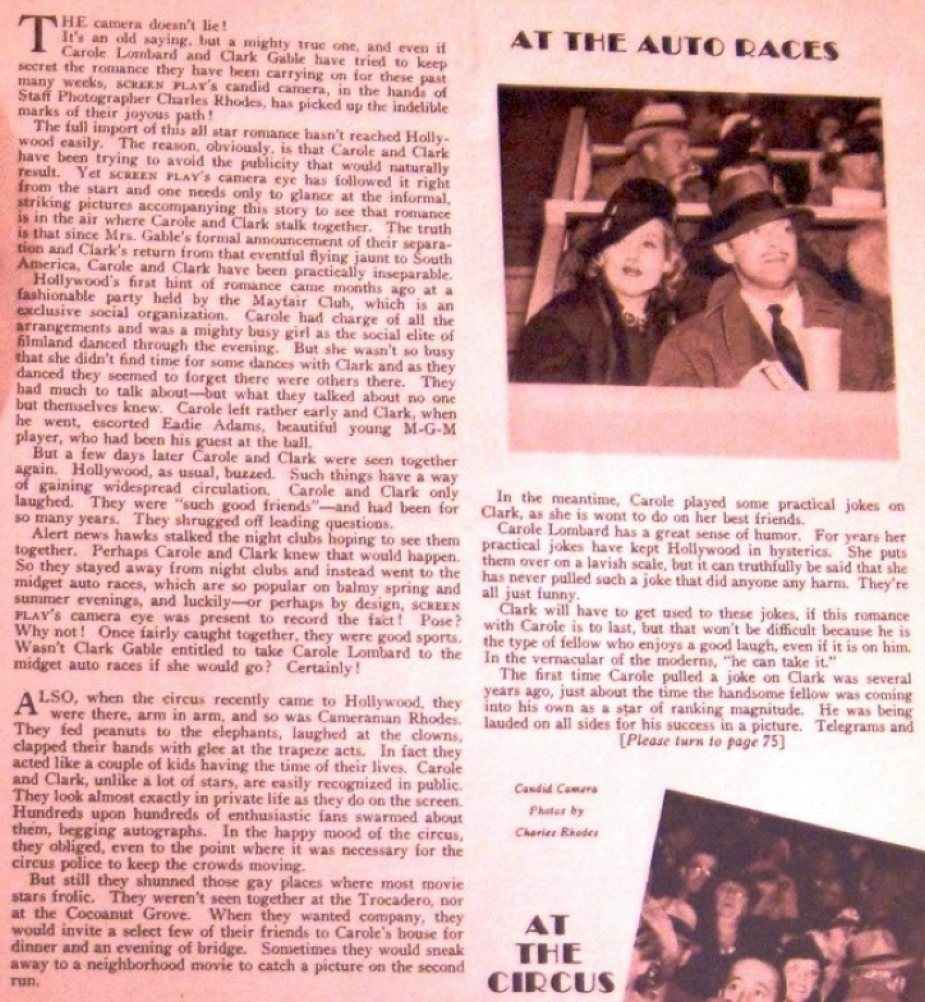 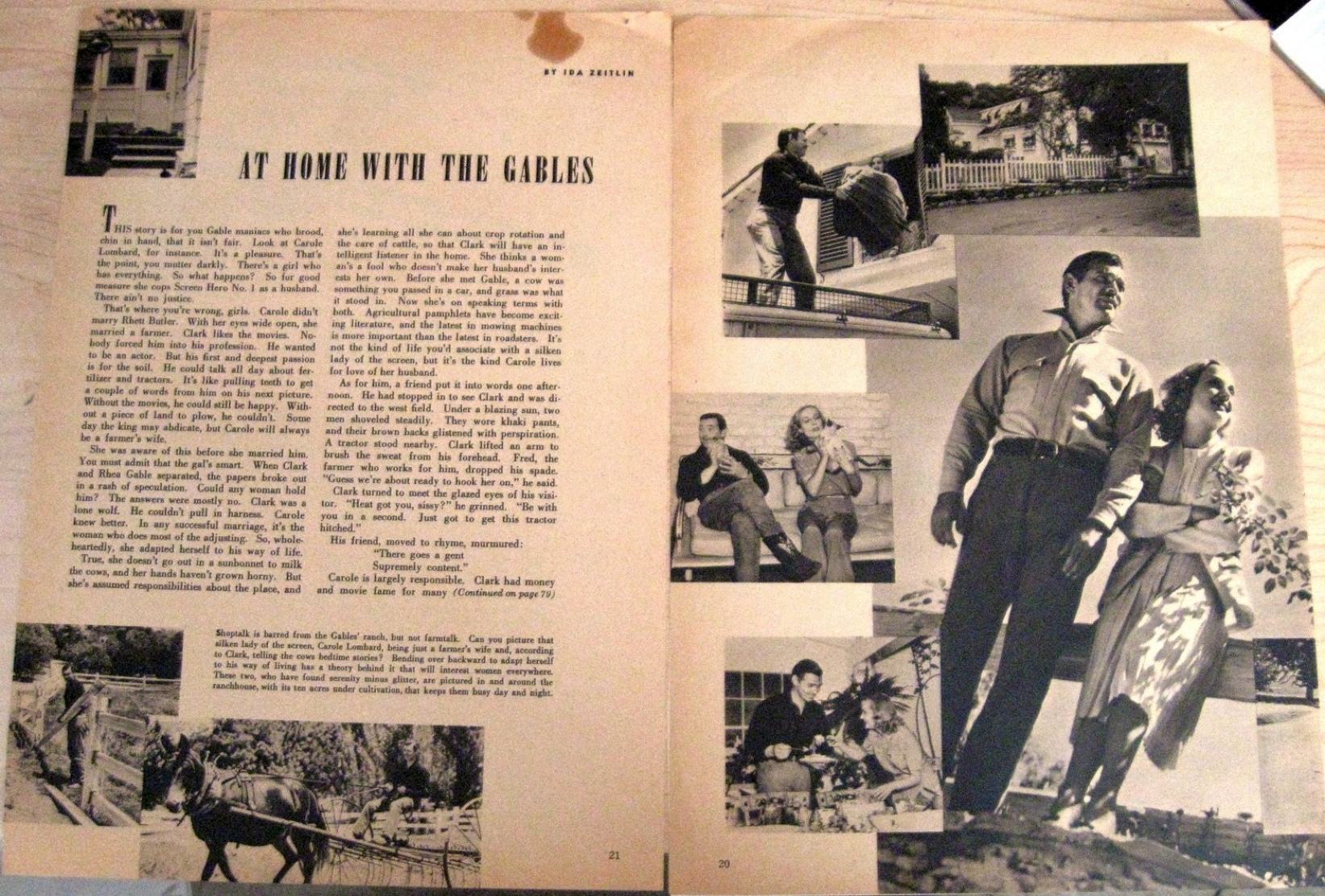 * "At Home With The Gables." The seller says this is from an unknown magazine, but research shows it's from the August 1940 issue of Modern Screen. You can read the entire article (albeit without art from the final half of this four-page piece) at http://dearmrgable.com/?page_id=3155. By the way, don't confuse this title with... 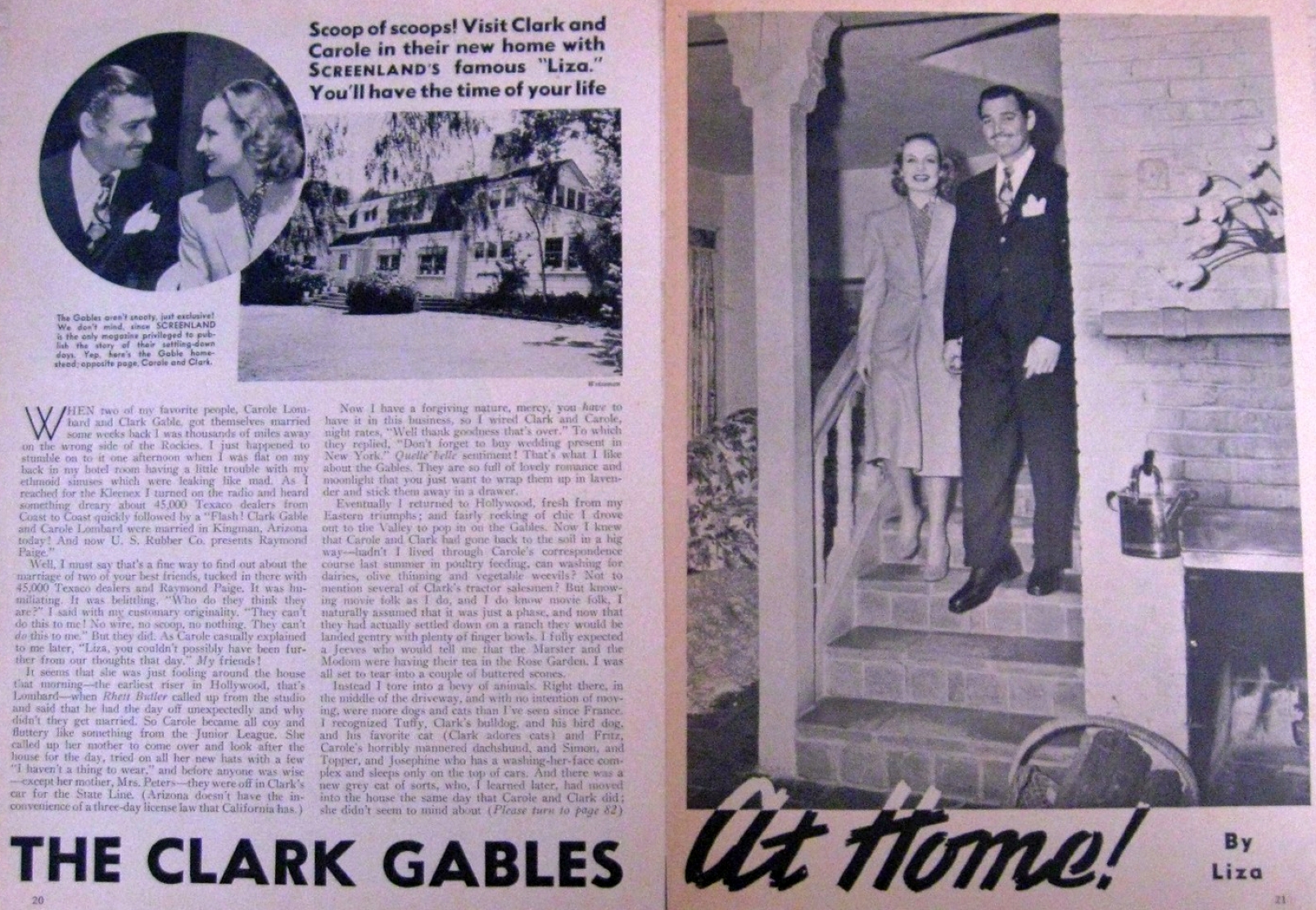 * "The Clark Gables At Home," which ran in Screenland magazine sometime in mid-1939. The (likely imaginary) author "Liza" is aghast Clark and Carole didn't give her advance notice of their wedding. For some truly fatuous writing, check this out: 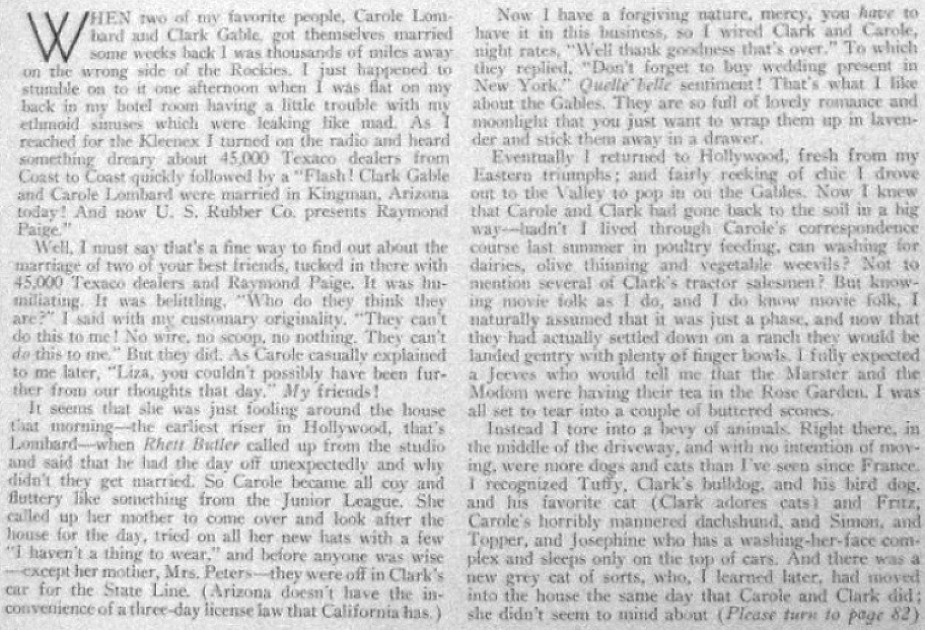 Alas, the seller only has those two pages, so no more Gable and Lombard a la Liza.

From there, we go to a pair of stories we've written up before, both from Movie Mirror magazine. First... 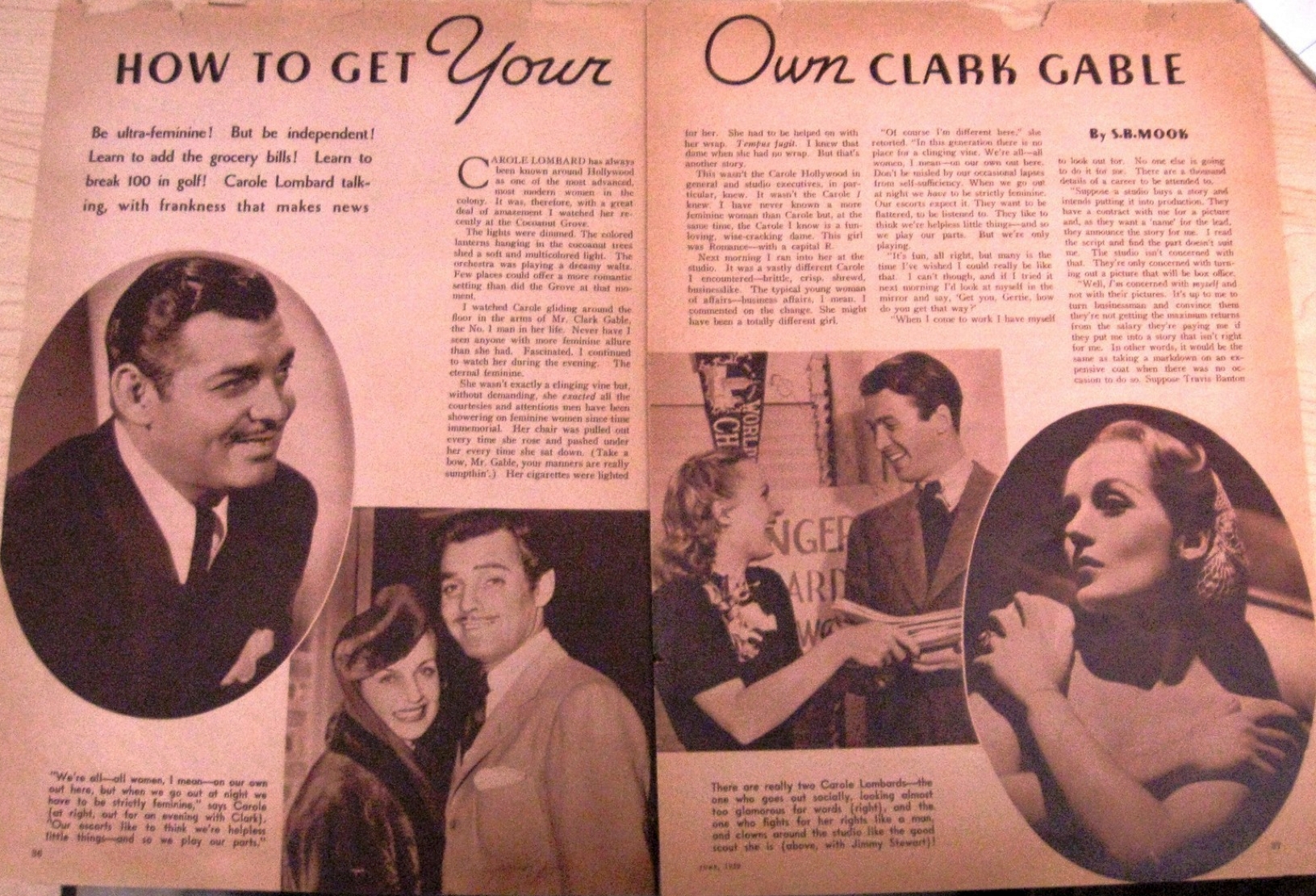 * From the June 1939 issue, "How To Get Your Own Clark Gable" -- some sensible romantic advice from Lombard, and her quotes sound genuinely credible (http://carole-and-co.livejournal.com/408250.html). That October, Movie Mirror ran this piece... 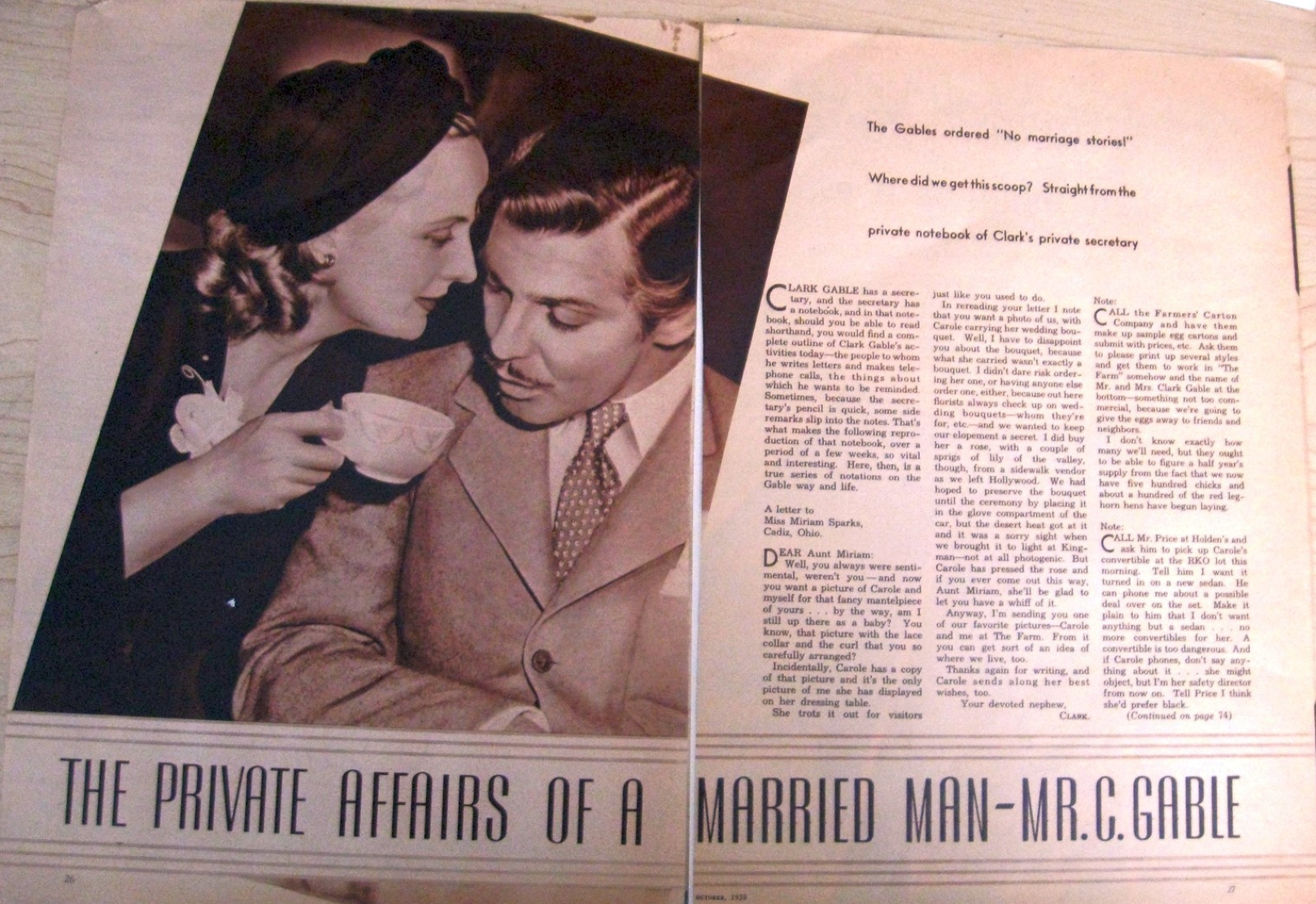 * "The Private Affairs Of A Married Man -- Mr. C. Gable." It's a compilation of some of Clark's correspondence through personal secretary Jean Garceau. In it, we learn that director John Cromwell gave the couple a cow as a wedding present, which had since borne a calf; that Carole wanted a copy of John Steinbeck's "The Grapes Of Wrath"; and that Lombard wore size 6¼ gloves, size 9 stockings and size 32 lingerie (http://carole-and-co.livejournal.com/382443.html).

* Finally, we have this fairly common color picture of the couple that ran in an unknown publication: 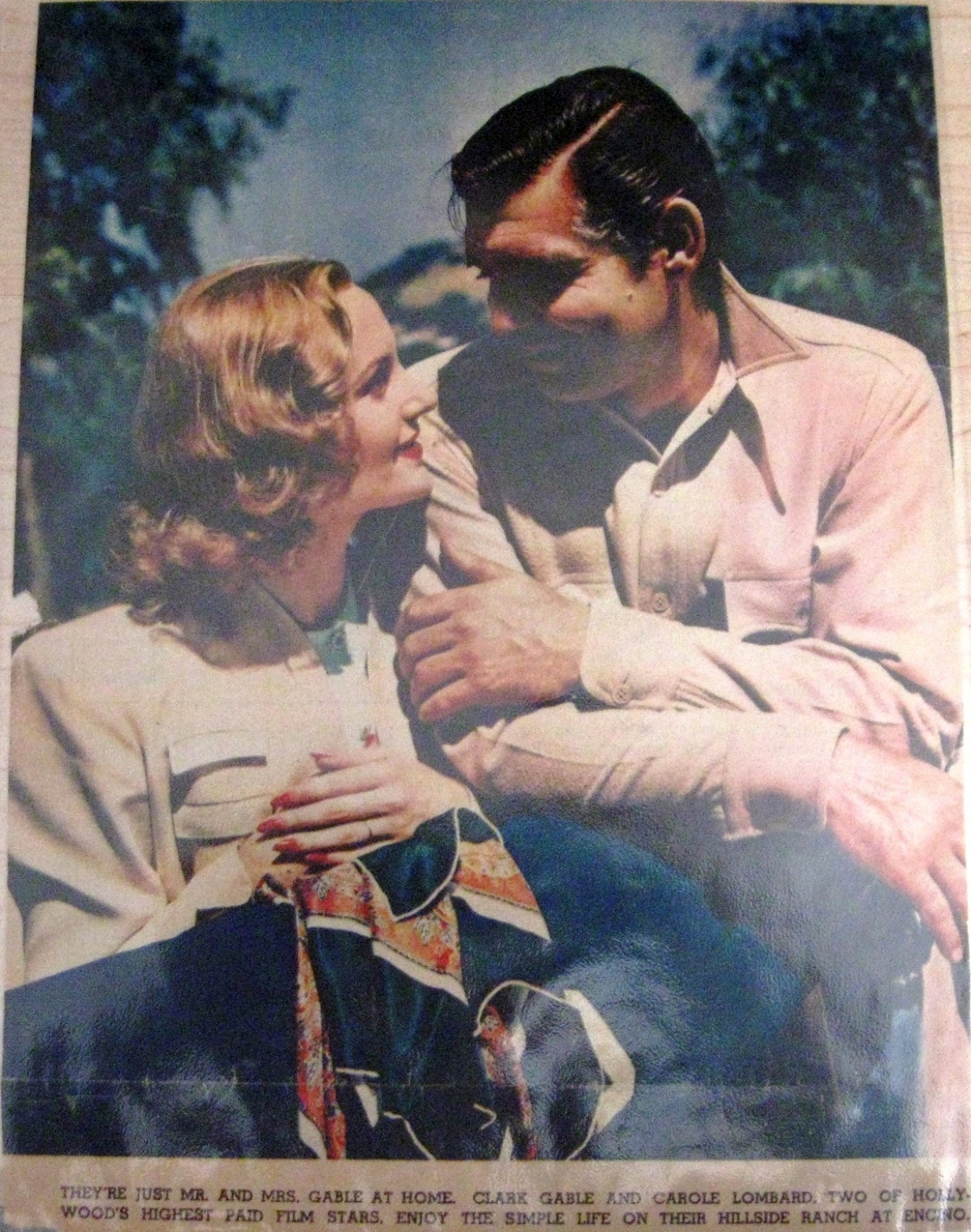 These items are generally in good condition, though some stains and other damage are apparent. Bidding for this batch of six begins at $20, with bids closing at 6:56 p.m. (Eastern) next Friday. Additional information can be found at http://www.ebay.com/itm/COLLECTION-OF-ARTICLES-ABOUT-CAROLE-LOMBARD-AND-CLARK-GABLE-/281015667163?pt=LH_DefaultDomain_0&hash=item416dd6c9db.
Collapse