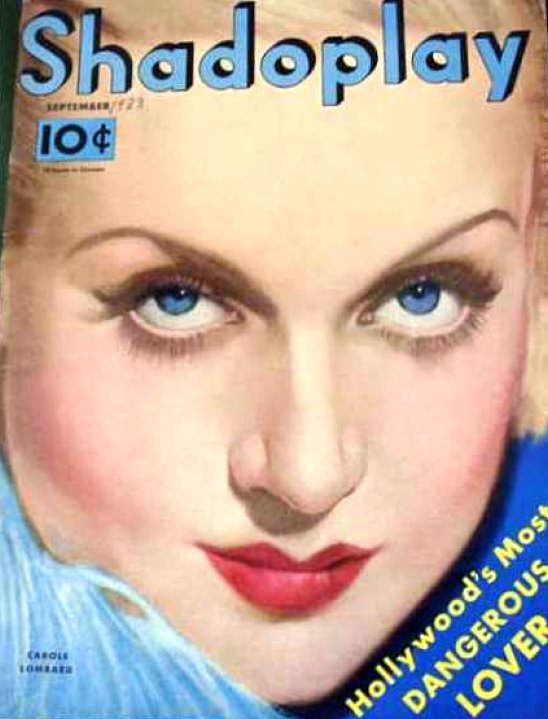 We've previously discussed Shadoplay, the short-lived sibling of the more successful Photoplay (http://carole-and-co.livejournal.com/484371.html). Its September 1933 issue is now being auctioned at eBay, and while we've seen the cover before (exquisitely painted by Earl Christy), a look inside features another Carole Lombard item, specifically an ad: 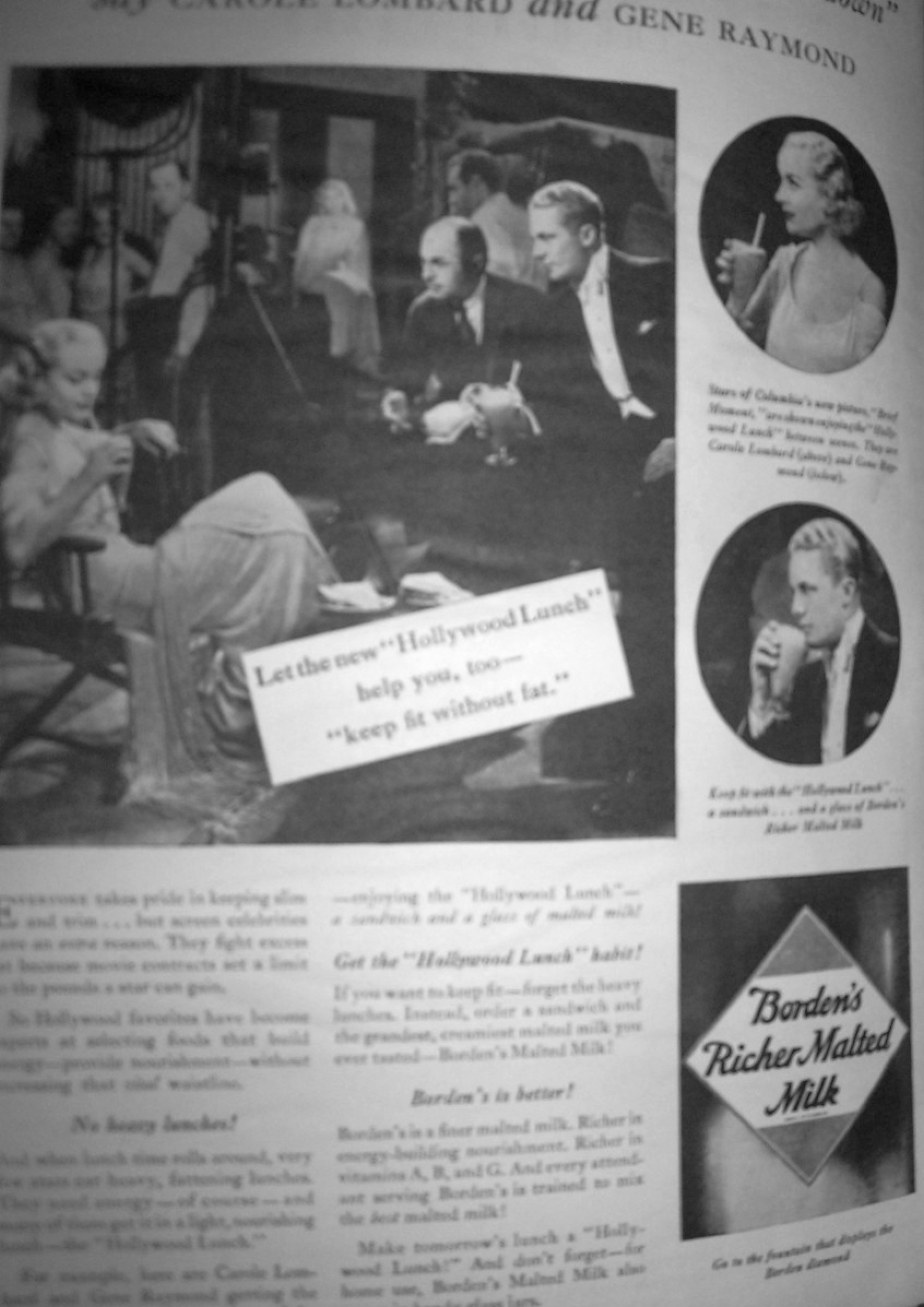 It's for Borden's Malted Milk, a tie-in with her latest film, "Brief Moment," and Carole and co-star Gene Raymond are shown having a "Hollywood lunch" -- a Borden's, accompanying a sandwich. Interesting, since much of "Brief Moment" revolves around Raymond's character consuming something significantly stronger than malted milk.

There's lots of other vintage Hollywood stuff inside, too. The cover shows "Hollywood's Most Dangerous Lover," and we find out it's... 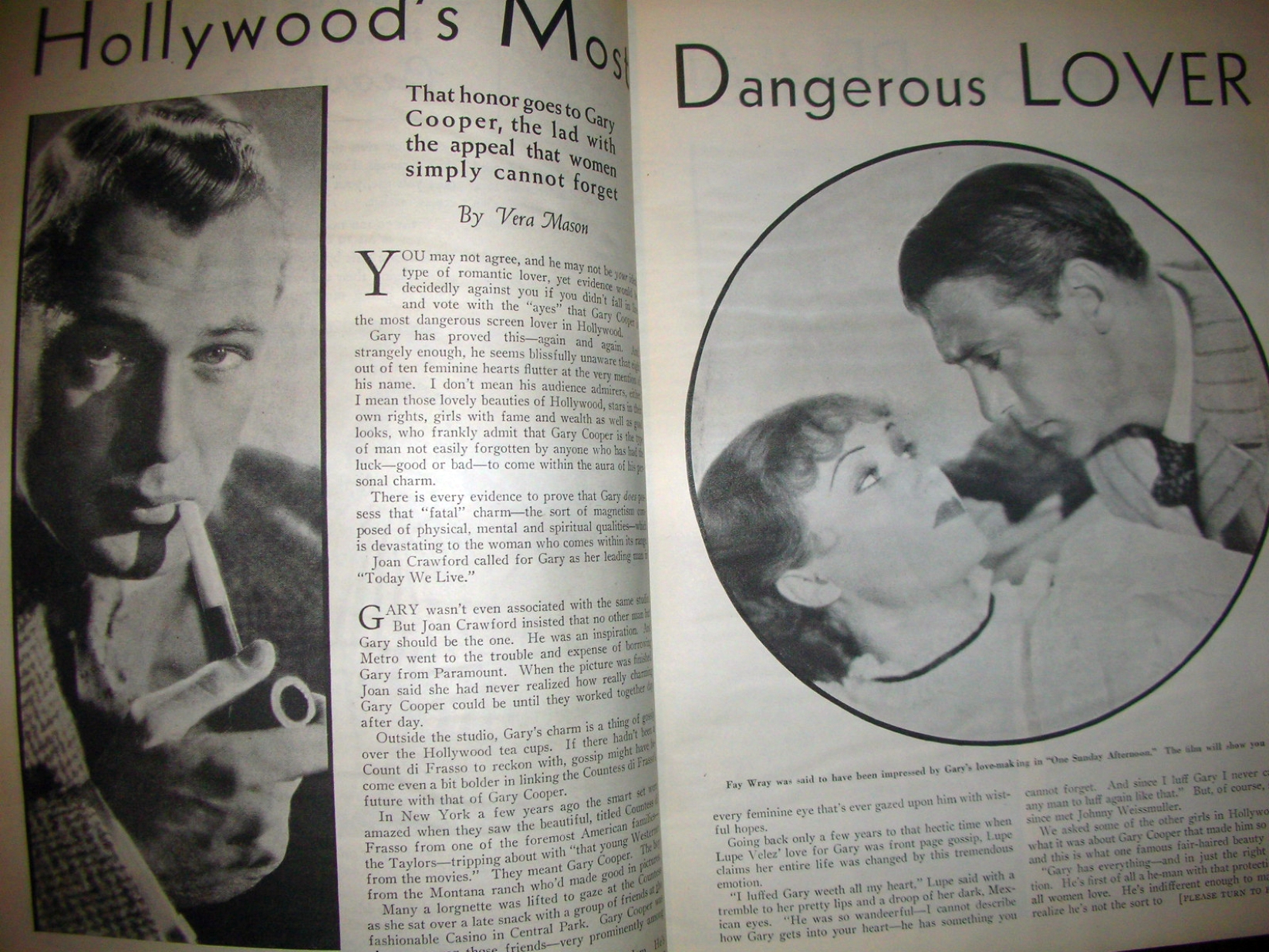 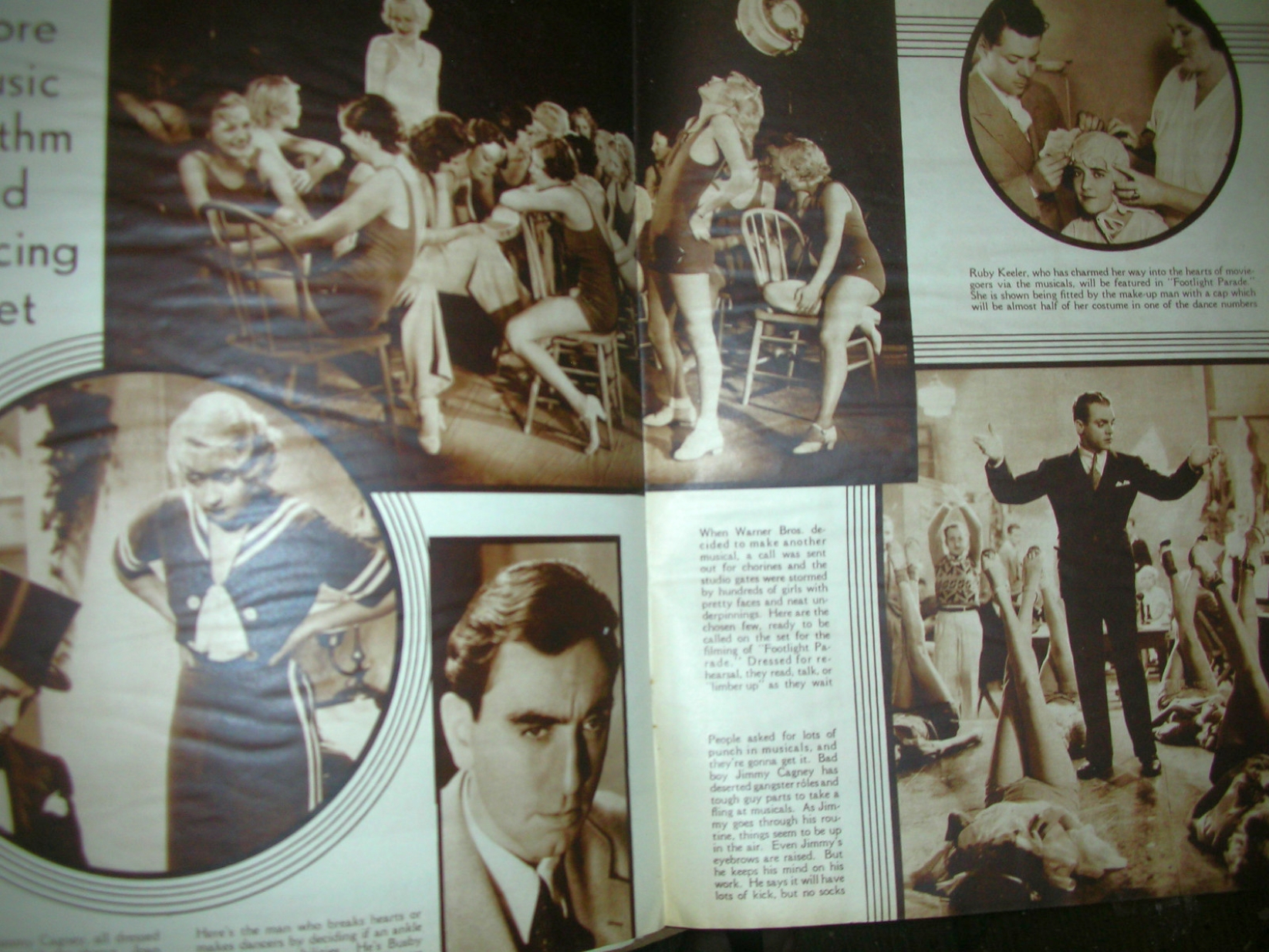 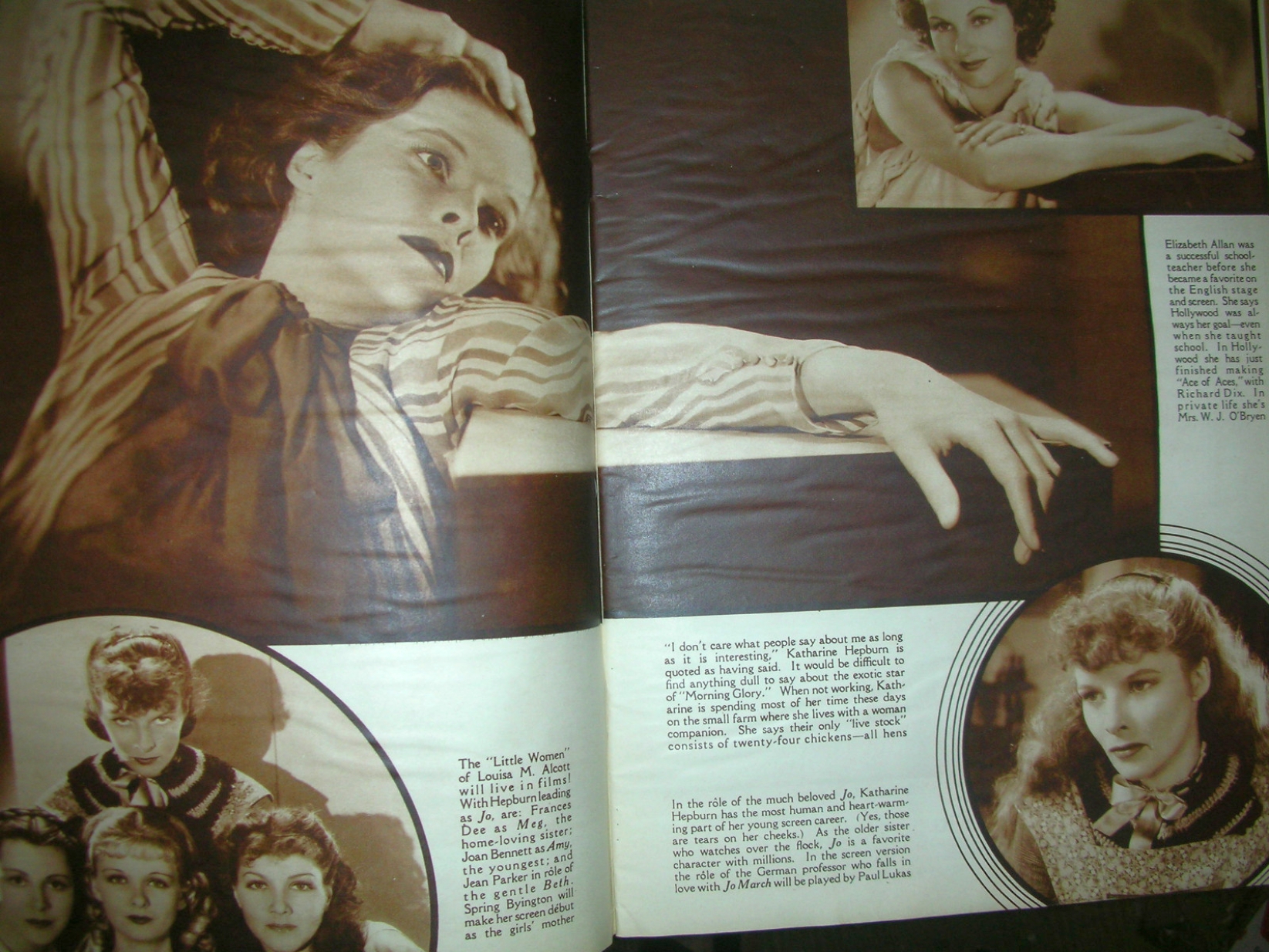 ...and a photo feature, "These Women Would Be Lovely Anywhere," including the likes of Jean Harlow, Ginger Rogers, Colleen Moore and newcomer Margaret Sullavan: 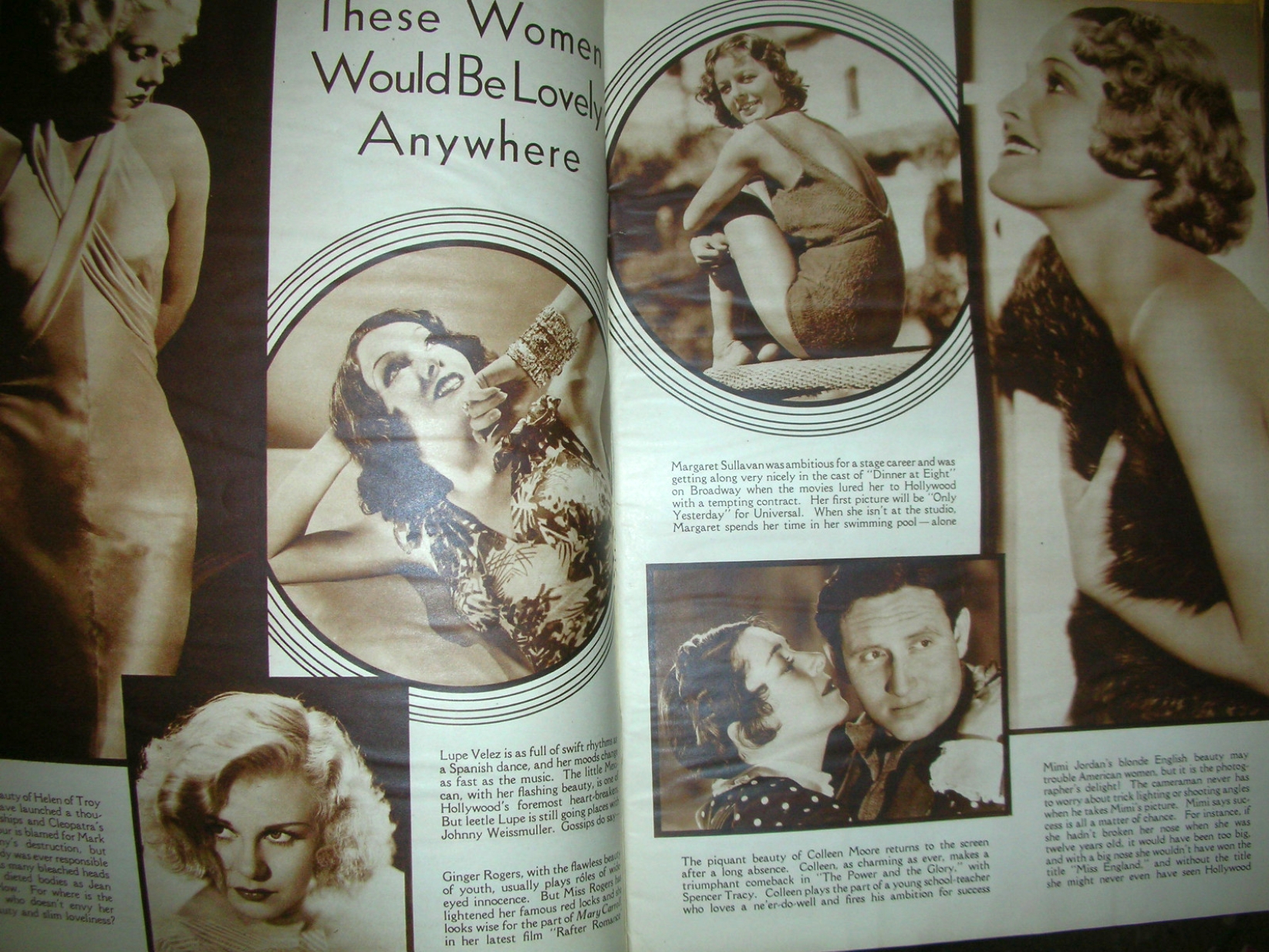 And, of course, there are movie ads as well, such as this one for the recently re-circulated "Night Flight"... ...or this ad for "The Song Of Songs," where Marlene Dietrich somewhat resembles another MD -- Marion Davies: 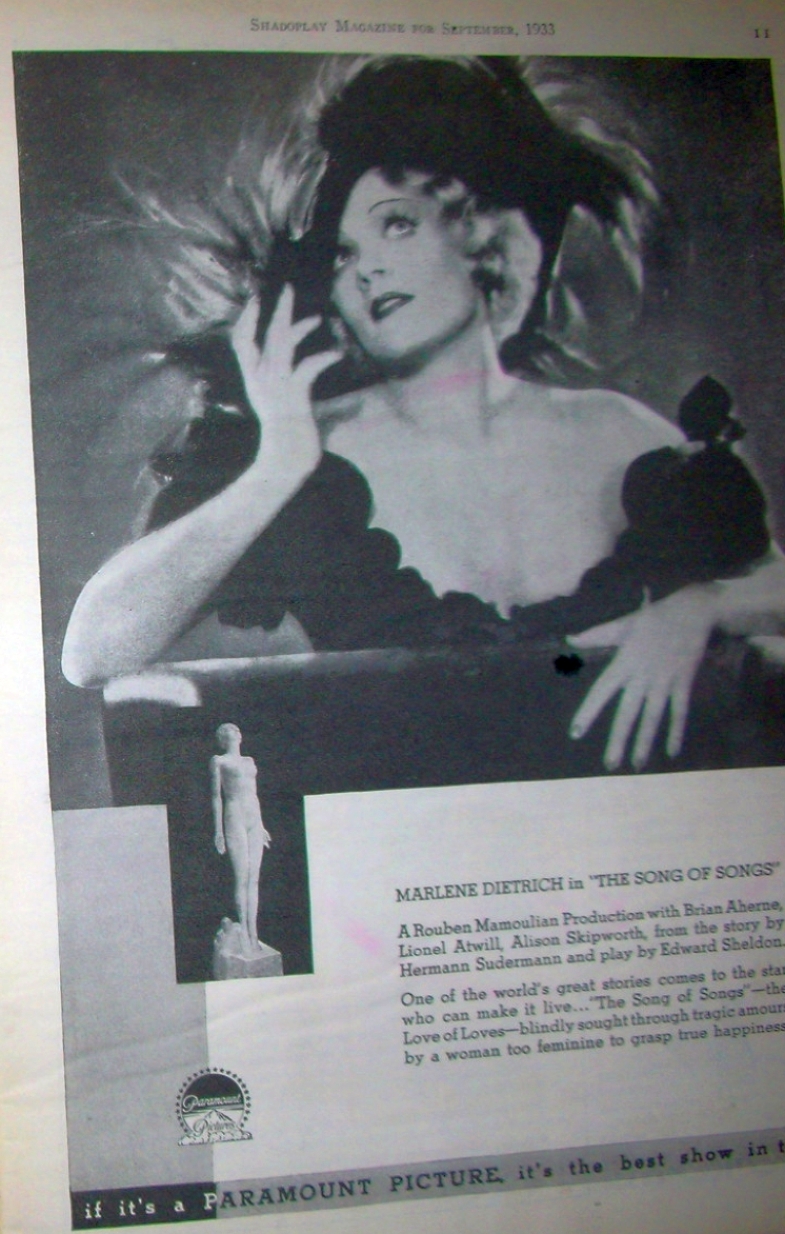