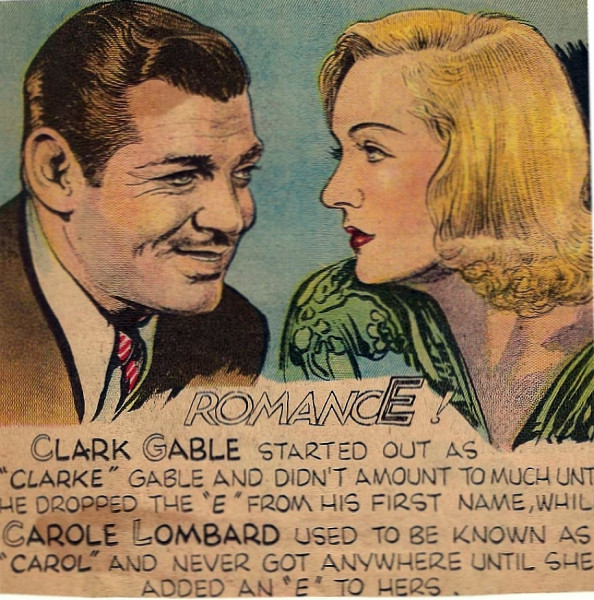 That's Carole Lombard and Clark Gable in Feg Murray's popular syndicated comic, "Seein' Stars" (http://carole-and-co.livejournal.com/263176.html). But here's something you might not have known about the series (and I didn't know until recently): As part of the panel, on several occasions Murray created a side item -- commemorative (non-adhesive) "stamps" that fans could collect and put in their Hollywood albums. Each stamp measured approximately 2 1/8" x 2 3/8". 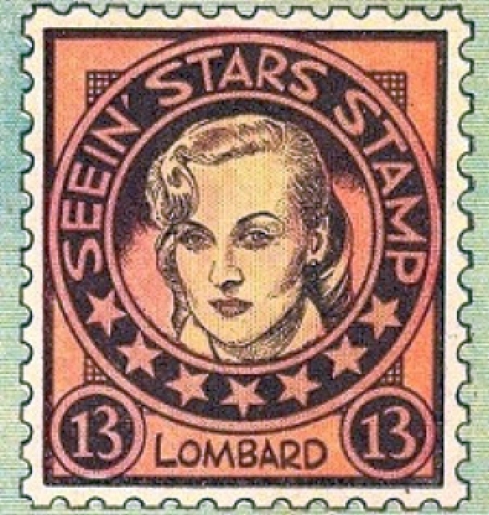 This was the only series of the three that was in color, appearing from September 1940 to August 1942 for a total of 100 stamps. Here are a few others, beginning with Carole's two husbands, William Powell and Clark Gable: 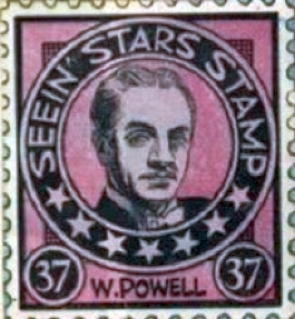 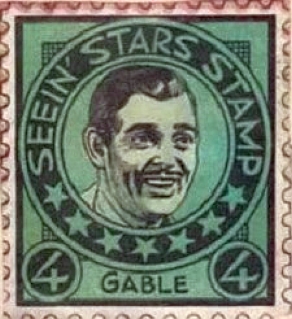 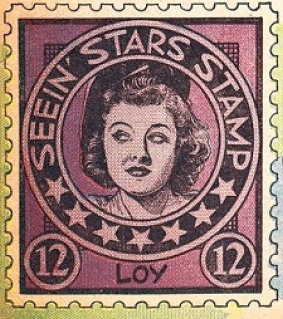 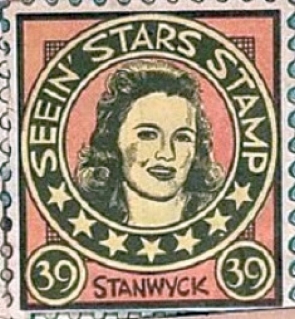 "The Philadelphia Story" was one of the big hits of 1940, and here are two of its stars (the only film they ever made together) -- Cary Grant and James Stewart: 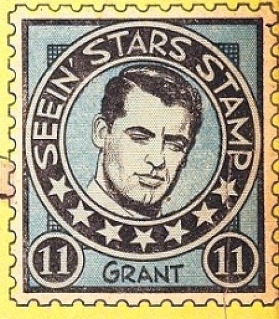 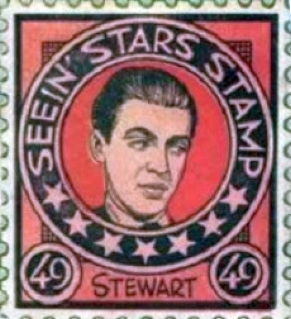 And finally, two of Carole's cohorts at Paramount in the 1930s, Claudette Colbert and Marlene Dietrich: 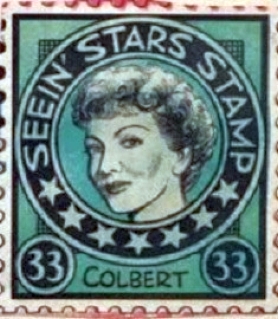 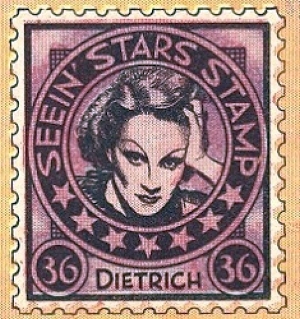 The only other stamp appearance for Lombard came in the second series, when "Seein' Stars" was also a daily feature, running from January to October 1938 for a total of 224 black and white stamps. Lombard was #36, and ran on Feb. 11, 1938: 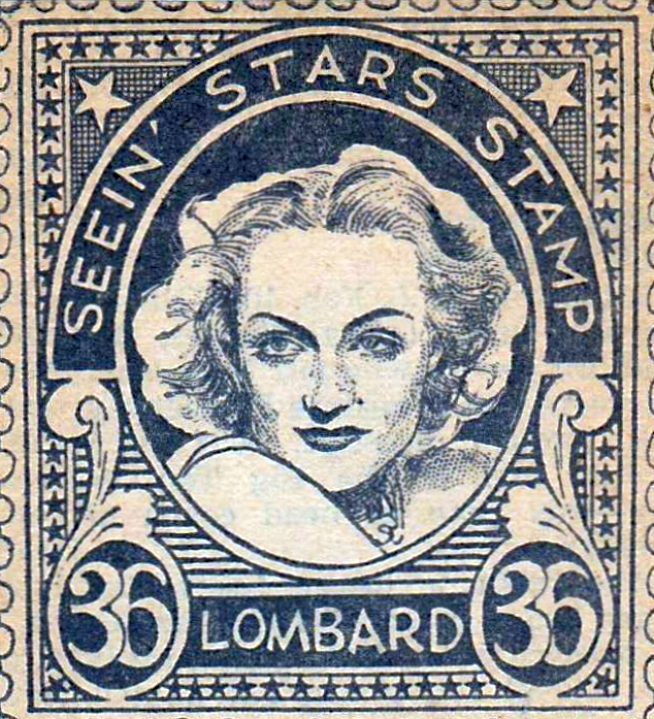 This is being auctioned at eBay, and one could argue that the minimum bid of $24.99 is a bit steep, but someone might be interested just the same. Bids will be taken through 10:55 p.m. (Eastern) Wednesday. You can learn more about this item by going to http://www.ebay.com/itm/CAROL-LOMBARD-MOVIE-ACTRESS-VINTAGE-SEEIN-STARS-STAMP-GRAPHIC-PROMO-CLIPPING-/140853738697?pt=LH_DefaultDomain_0&hash=item20cb897cc9.

And speaking of learning, to find out more about the "Seein' Stars" stamps -- with near-complete checklists to boot -- visit http://www.moviecard.com/zamerican/assorted/seeinstars-stamps.html.
Collapse