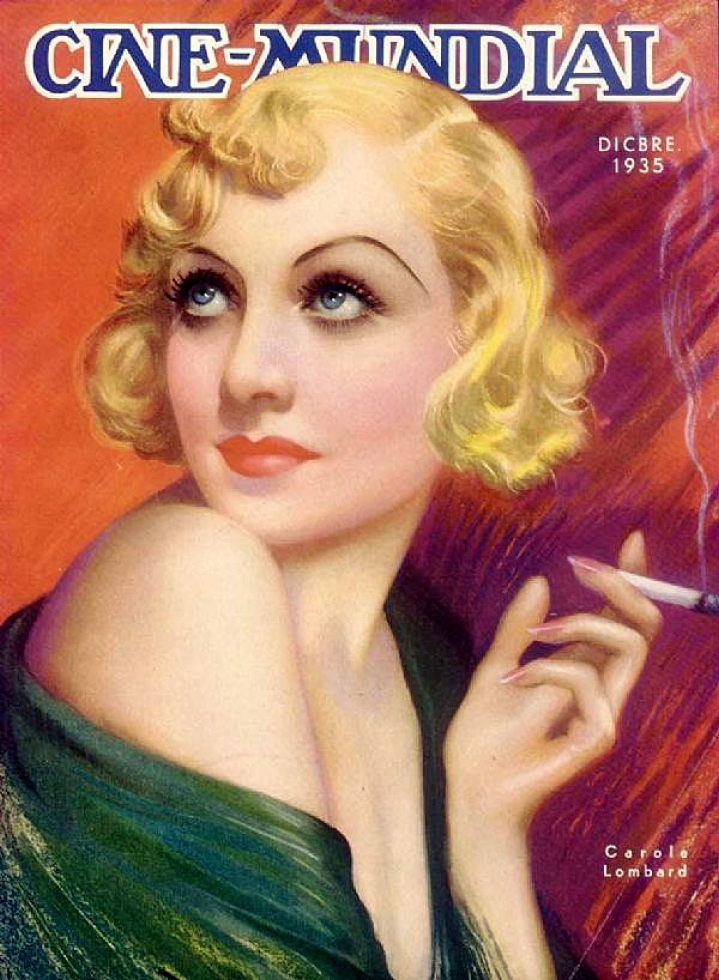 In Carole Lombard's day, being seen with a cigarette was no sin...and in many foreign countries, film stars were tied into tobacco in another way -- as the subject of cards offered as premiums from manufacturers. (Think of them as featuring a side product of lung cancer, rather than the tooth decay you got from the gum that accompanied baseball cards.)

The set was issued by British American Tobacco (BAT), reportedly in 1938, but the films noted for the various actresses all appear to be from 1935 and earlier. So do the pictures, such as this one of Lombard, which dates to sometime in 1932: 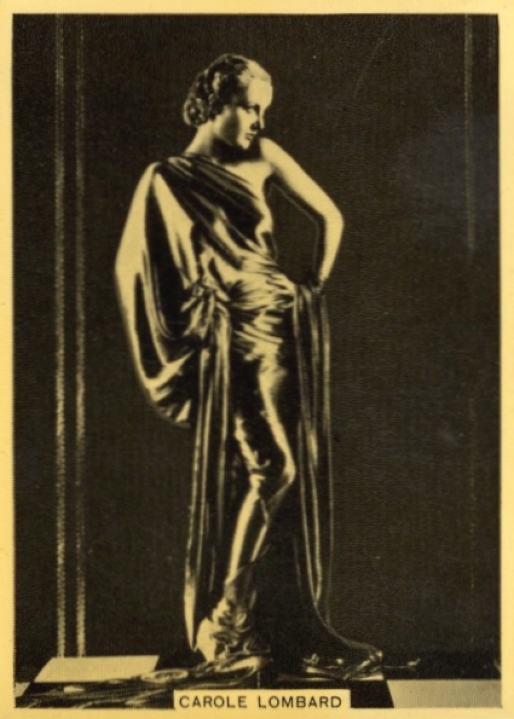 Carole is #20 in the set; here's the entire checklist, seemingly equally divided between U.S. and British actresses, as well as a few of the cards... 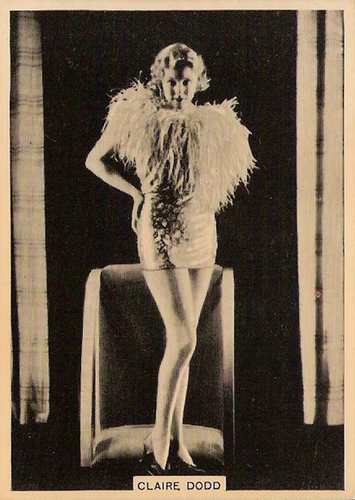 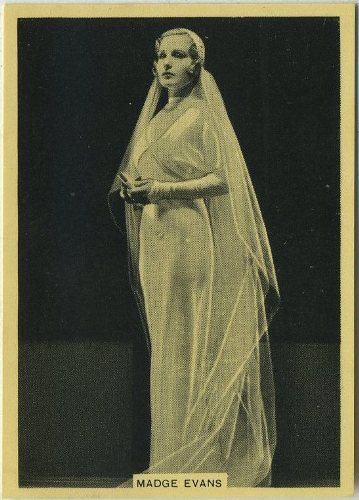 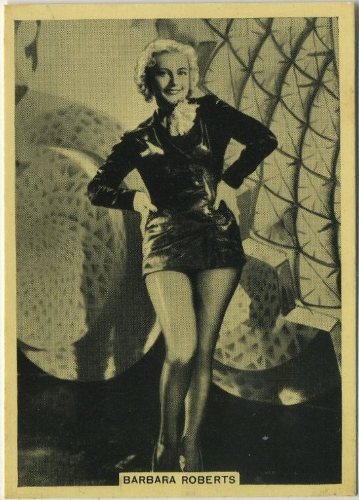 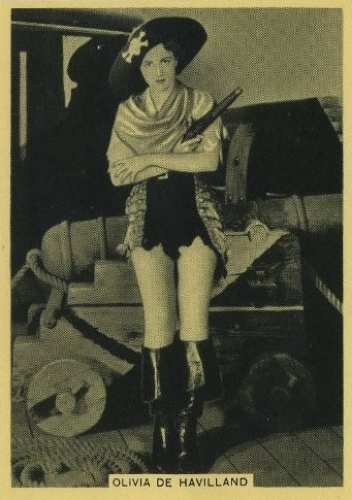 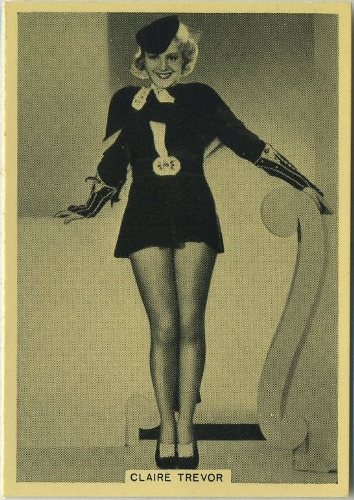 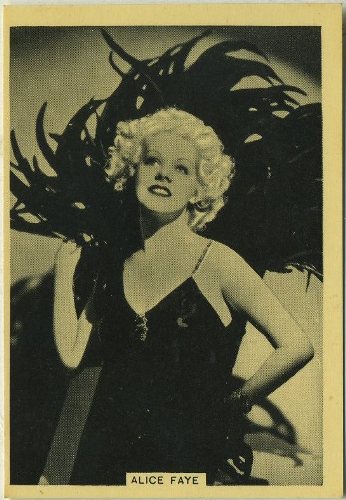 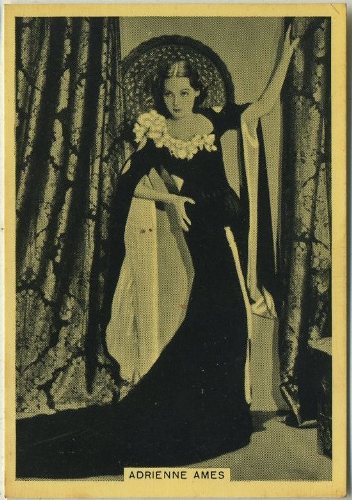 Each of the cards measures 2 1/4" x 3 1/8"; the images are black and white with sepia borders and background. According to the seller, they are in very good to excellent condition.

As of this writing, one bid has been made for $16.05 (the seller is in Great Britain). Bidding is slated to conclude at 5:11 p.m. (Eastern) Sunday. Since individual cards from this set have been known to go for several dollars each, it appears the winning bidder on this could get quite a bargain. (Learn more about these cards at http://immortalephemera.com/movie-collectibles/1938-bat-grace-beauty/#ecwid:category=341802&mode=category&offset=18&sort=priceDesc.)

Want to be that bidder, or are you interested? You can bid and/or check out many of the cards by going to http://www.ebay.com/itm/Full-set-Glamour-Cigarette-cards-Actresses-Joan-Blondell-Carole-Lombard-1938-/370648451526?pt=UK_Collectables_Cigarette_Tea_GumCards_CA&hash=item564c5e89c6.

It's a journey to a time when cigarette smoking was imbued with sophistication...little did the smokers know that three-quarters of a century later, the practice would be seen as anything but. 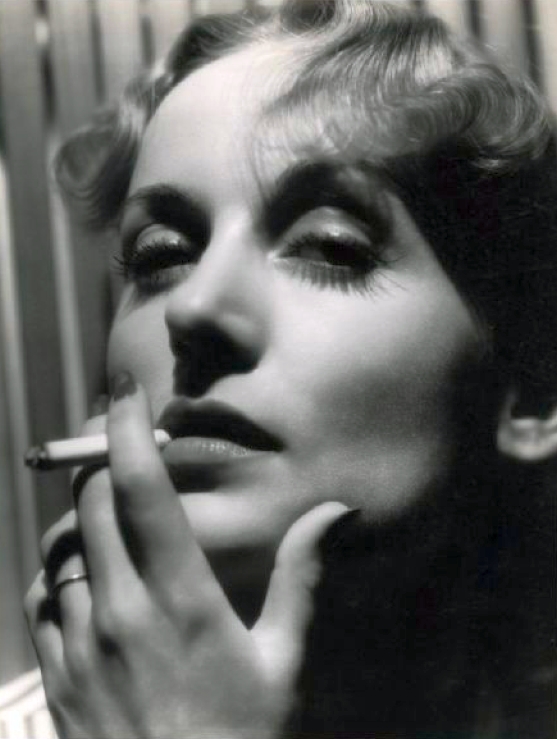