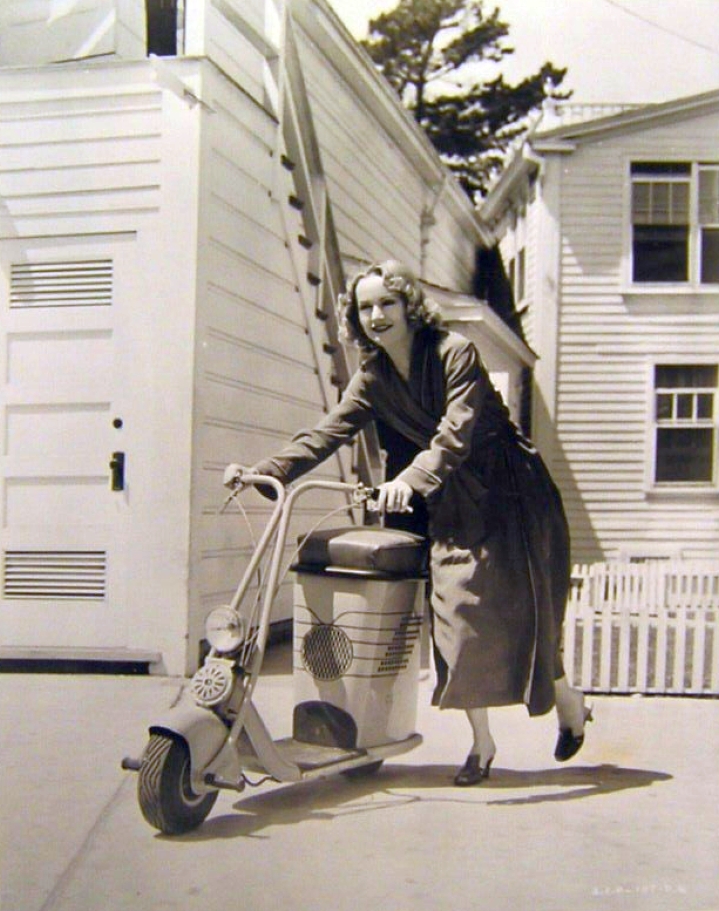 That's a photo of Carole Lombard with her scooter. Charming pic, but where's it from? Thankfully, it has a snipe, so we have an answer: 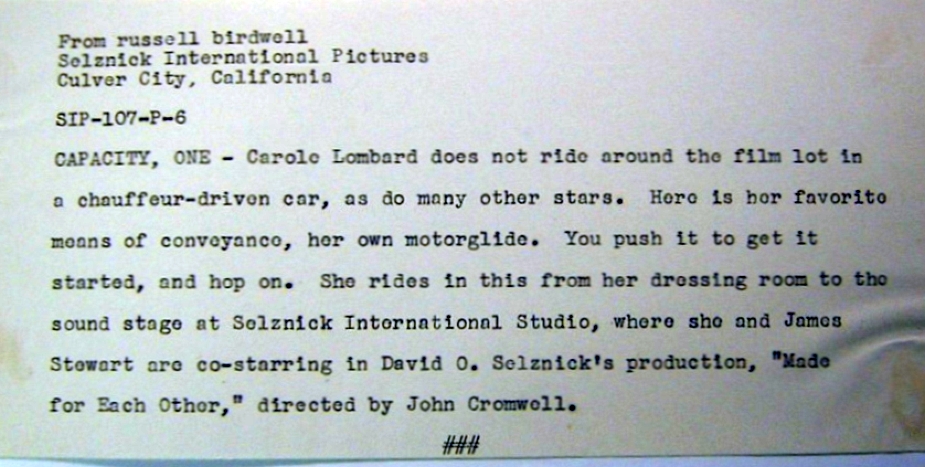 It's from "Made For Each Other," Carole's first excursion into drama after several years of comedies, and it's among five vintage photos from Selznick International publicity maven Russell Birdwell -- all of them with snipes -- now available at eBay. Bidding for all five begins at $24.99, with bids closing next Tuesday.

There's only one problem...the seller, who normally has a good track record on this sort of thing, committed a faux pas by listing these photos as being from 1948 -- six years after Lombard left us.

Now for the other four, beginning with a photo of Carole and co-star James Stewart in a stateroom scene...but this has nothing to do with the Marx Brothers. It's at http://www.ebay.com/itm/1948-Candid-Carole-Lombard-James-Stewart-Made-For-Each-Other-VINTAGE-PHOTO-23M-/400314413689?pt=LH_DefaultDomain_0&hash=item5d34993279: 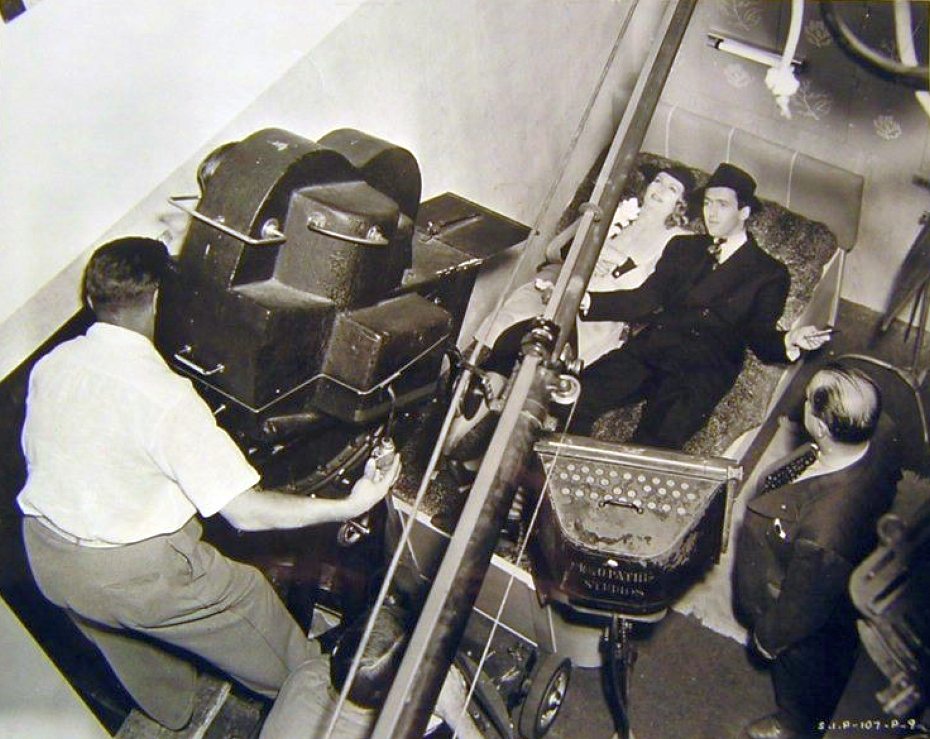 Next up, one we've run before -- a view from above of Lombard applying lipstick between scenes as Stewart and director John Cromwell wait. Learn more about it at http://www.ebay.com/itm/1948-Candid-Carole-Lombard-James-Stewart-Made-For-Each-Other-VINTAGE-PHOTO-24M-/380461137631?pt=LH_DefaultDomain_0&hash=item5895403edf: 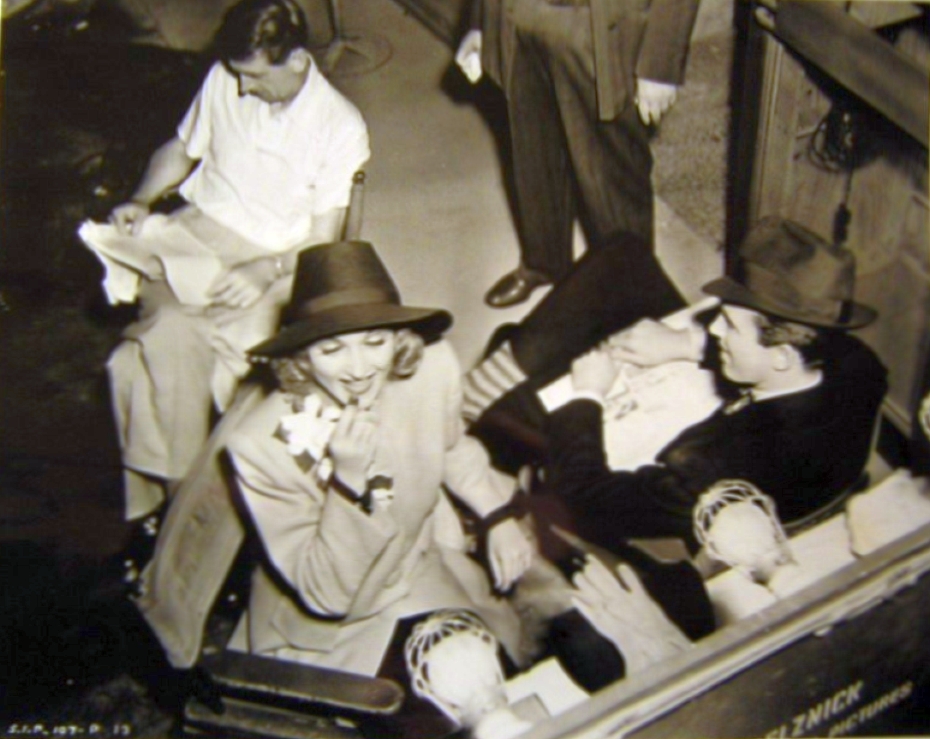 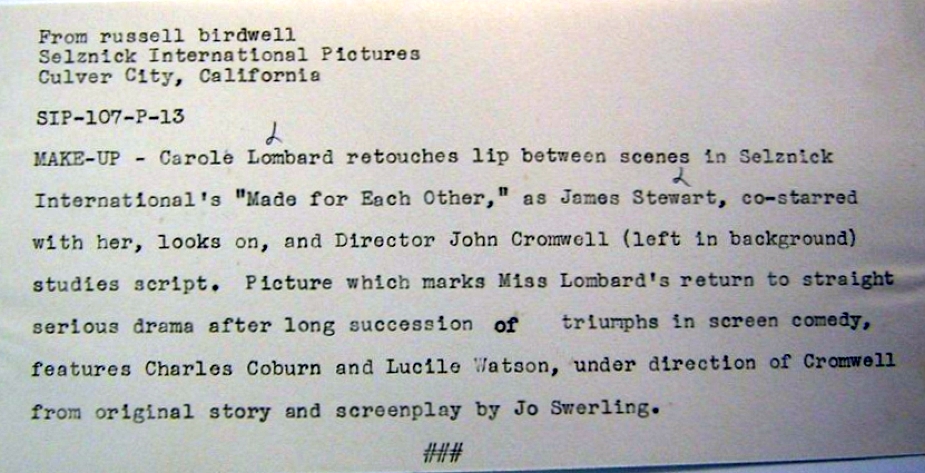 Now, two of Lombard with 10-day-old Bonnie Belle Barber, who crosses genders to portray a baby boy as Cromwell and an assistant cameraman set up the scene. This is http://www.ebay.com/itm/1948-Candid-Director-John-Cromwell-Carole-Lombard-Made-For-Each-Other-PHOTO-25M-/400314413223?pt=LH_DefaultDomain_0&hash=item5d349930a7: 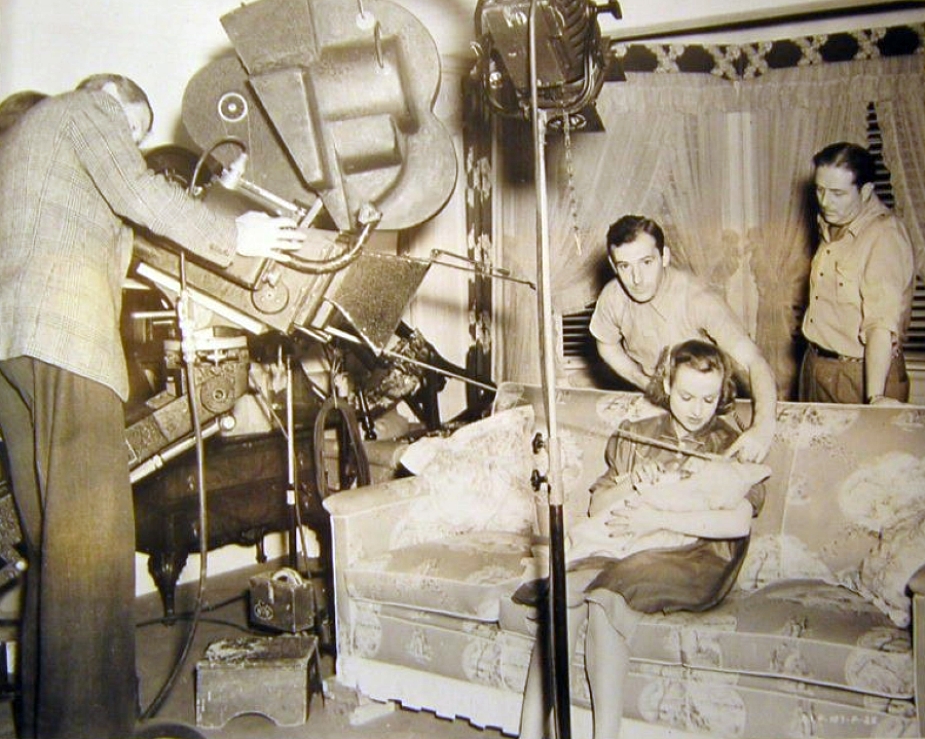 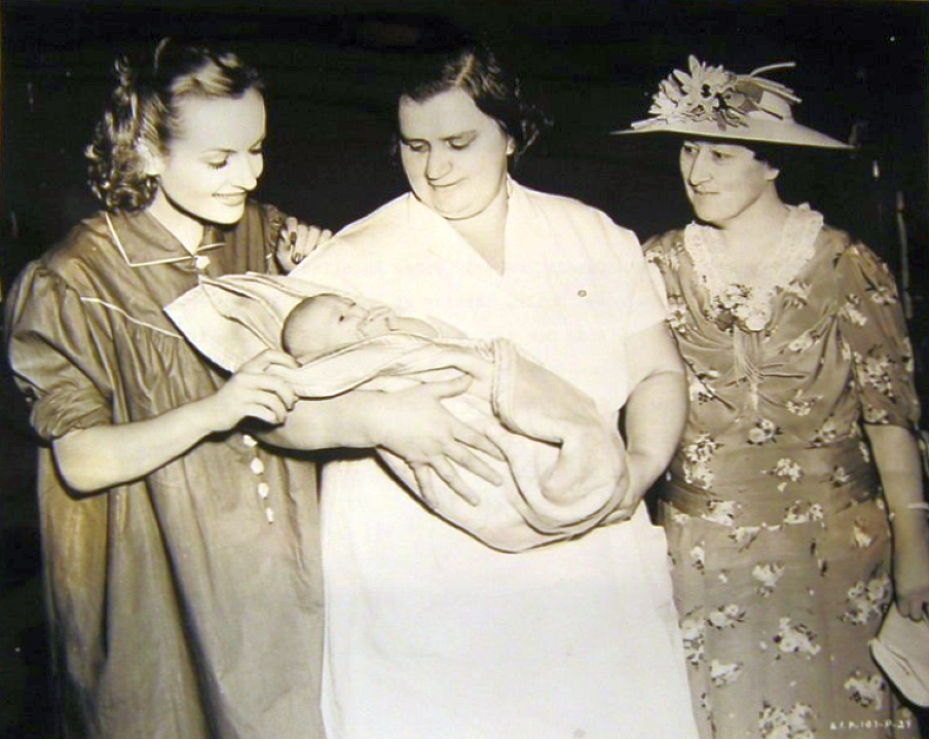