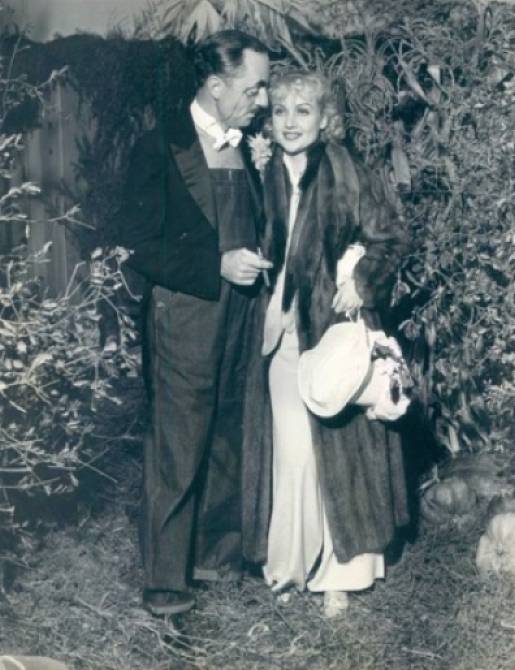 So nice to see Carole Lombard and William Powell out on the town, isn't it? What a wonderful couple they are. But there's just one hangup, as folks might have said some three decades later: they're not a couple. In fact, they're not even married anymore, as the back of this photo makes clear: 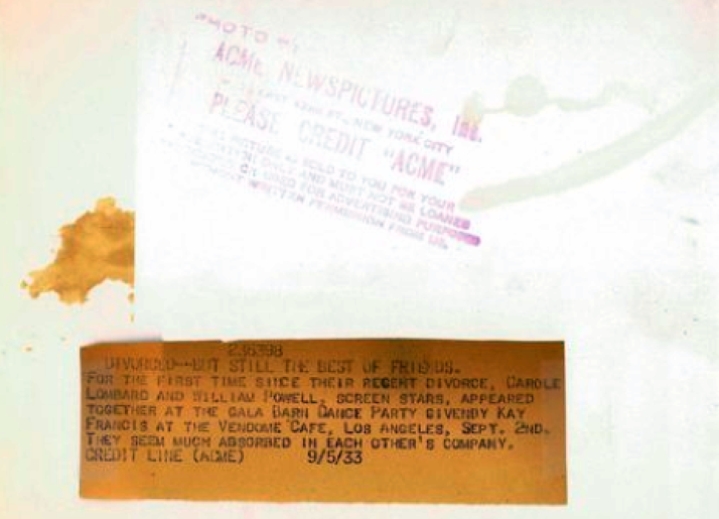 Can't read that snipe? Then let's isolate and enlarge it:

The photo is from a "barn dance" party hosted by Kay Francis (who starred with both of them in 1931's "Ladies' Man") at the Vendome Cafe, owned by Hollywood Reporter publisher Billy Wilkerson and taken on Sept. 2, 1933 -- just 15 days after Lombard had divorced Powell in Carson City, Nev.

This was their first public appearance since the split, and their chummy presence at the party ("much absorbed in each other's company") may have led some attending to believe the two might turn around and remarry. That never happened, of course; Bill and Carole had discovered they made better friends than lovers, and that's how it stayed for the rest of Lombard's life. Bill helped Carole land perhaps her signature role, as Irene Bullock in "My Man Godfrey"; when Powell fell seriously ill in late 1937, Lombard was among a group of close friends who guided him back to health.

The photo is a vintage silver gelatin news press wire photo measuring 7" x 9". It was part of the collection from United Press International's Chicago office at Tribune Tower (though I'm uncertain whether it originated from United Press or Hearst's International News Service; the two merged in 1958). There is a crease in the bottom left corner, but it's in reasonably good shape for a photo nearly 79 years old.

The pic is being auctioned at eBay; the minimum bid is $9.99, and bidding closes at 10 p.m. (Eastern) Sunday. If this is of interest to you, bid or learn more about it at http://www.ebay.com/itm/1933-Movie-Stars-Carole-Lombard-William-Powell-Divorced-but-Best-of-Frieds-Photo-/150864876314?pt=LH_DefaultDomain_0&hash=item23203f531a. It might make a nice gift for any couple you know who's planning to divorce. Heck, it might persuade them to get back together again...or at least be on friendly terms following the split.

Oh, and if the photo looked familiar, it's because we ran something similar earlier this year: 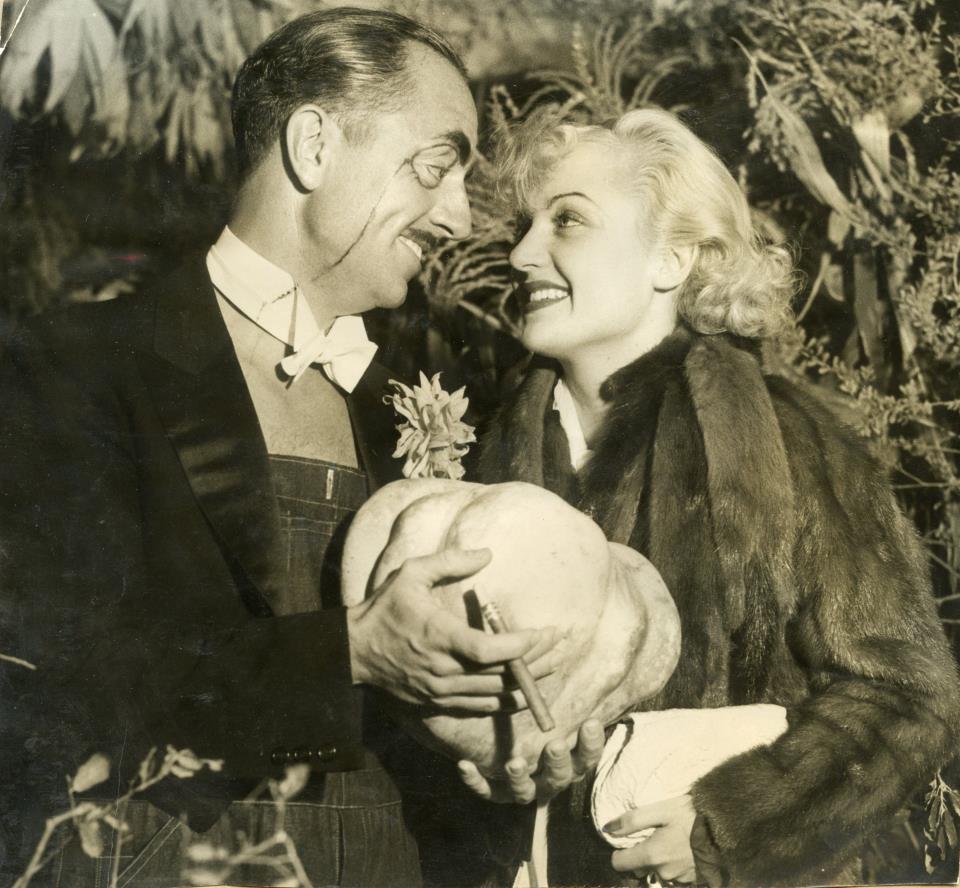