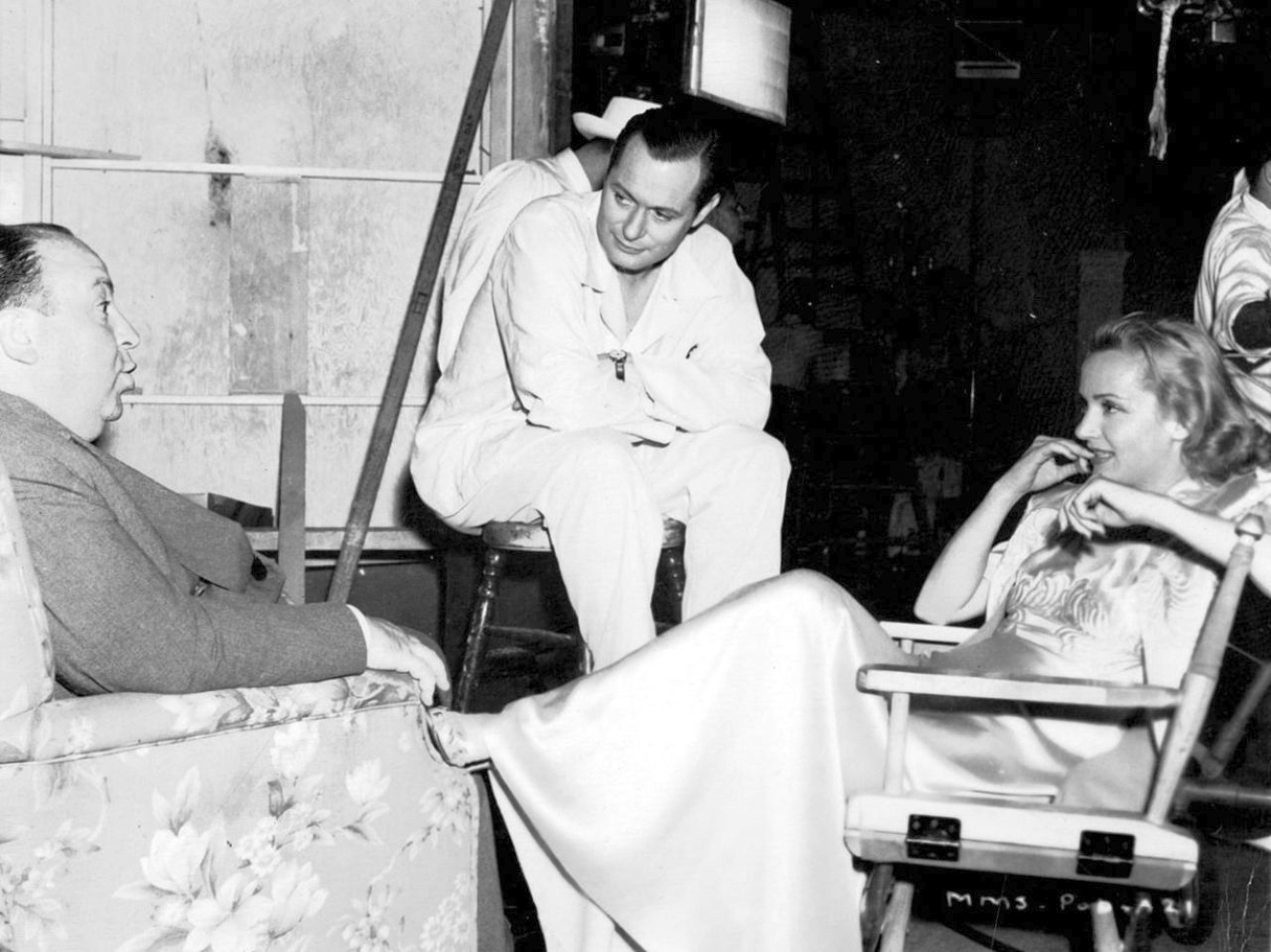 Carole Lombard's return to comedy in "Mr. & Mrs. Smith" was a fun time for all concerned, and that includes co-star Robert Montgomery and director Alfred Hitchcock. Comedy was new territory for Hitch, but he had been friendly with Carole for some time and enjoyed working with her.

A feel for what life was like making the movie can be found in the December 1940 Photoplay, now available online. In "We Cover The Studios," writer Barbara Hayes visited the set. Here's the entire page... 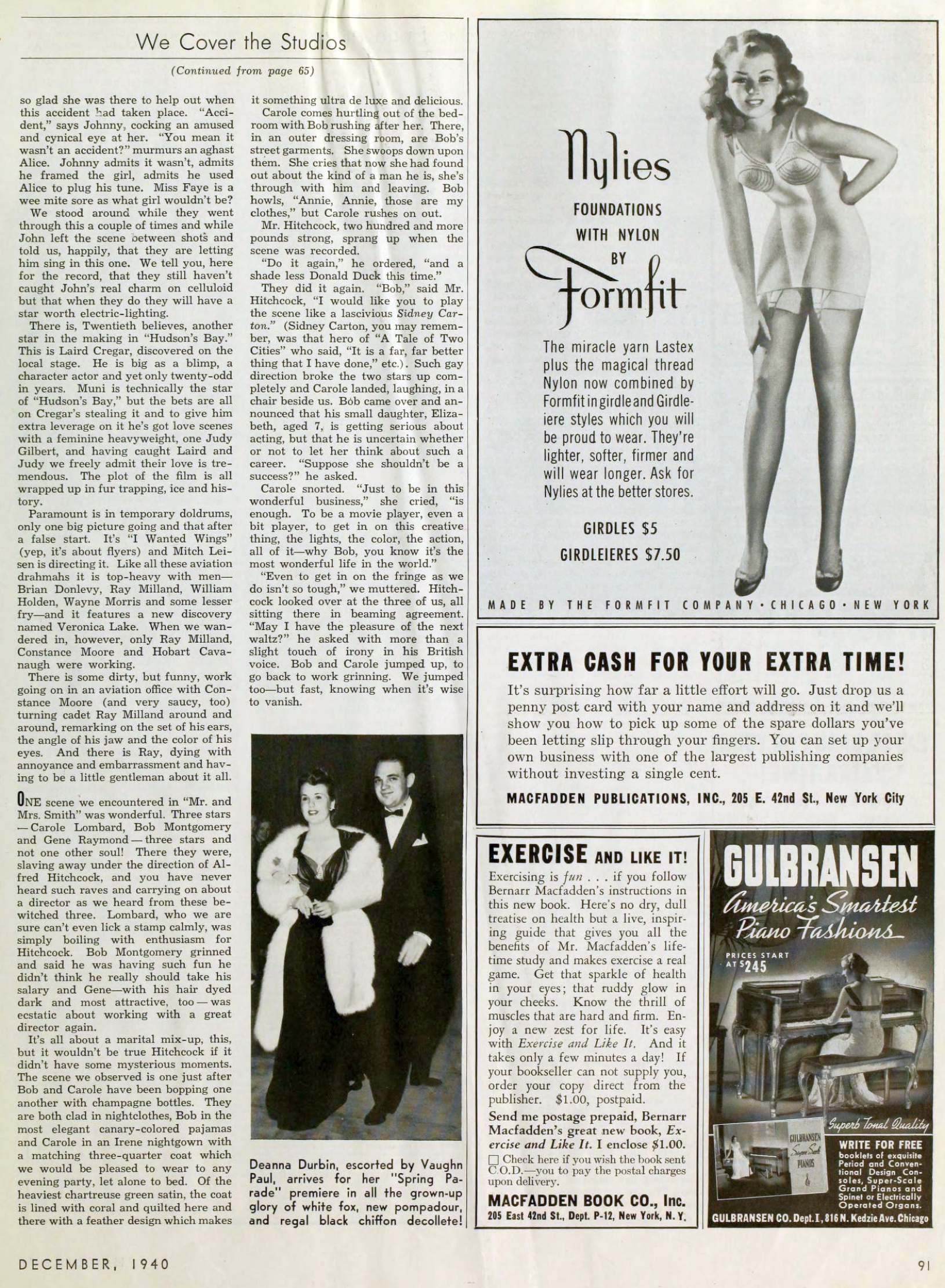 ...followed by the "Mr. & Mrs. Smith" segment, and note the topic of the final few paragraphs: 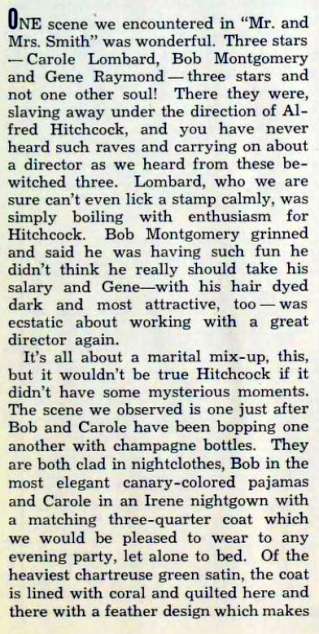 If dad was trying to dissuade his daughter, Carole gave Elizabeth ammunition -- which I'm sure the child enjoyed seeing in print. (I have no idea whether they ever met, although if there was a wrap party for "Mr. & Mrs. Smith," there's a good chance it happened.)

As it turned out, Elizabeth would be a success -- and while she made her share of motion pictures, her chief claim to fame would come in a medium that was "just around the corner" in late 1940...television. Robert would work in TV in the 1950s, and his daughter appeared on several productions of his anthology show, "Robert Montgomery Presents." Here are dad and daughter from the '50s: 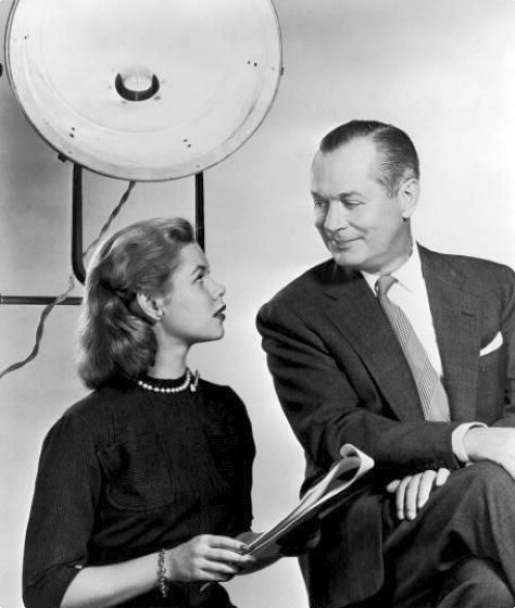 Of course, baby boomers best know Elizabeth for her iconic role as Samantha on "Bewitched," but once that sitcom ended, she regularly appeared in her generation's equivalent of anthology shows, TV movies, playing a wide variety of roles. She left us in the 1990s, and her former husband Bill Asher -- producer of "Bewitched" and previously a director of many "I Love Lucy" episodes -- passed on earlier this month at age 90. (By the way, did you notice that the first paragraph of the Photoplay "Mr. & Mrs. Smith" item contains the word "bewitched"?) 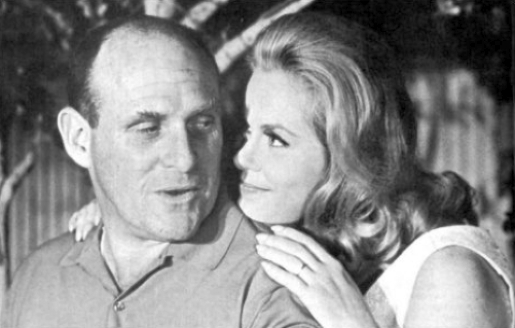 There are some other Lombard-related goodies in that issue. First, there's "Getting Fit For Fun" in the "Photoplay Beauty Shop" segment: 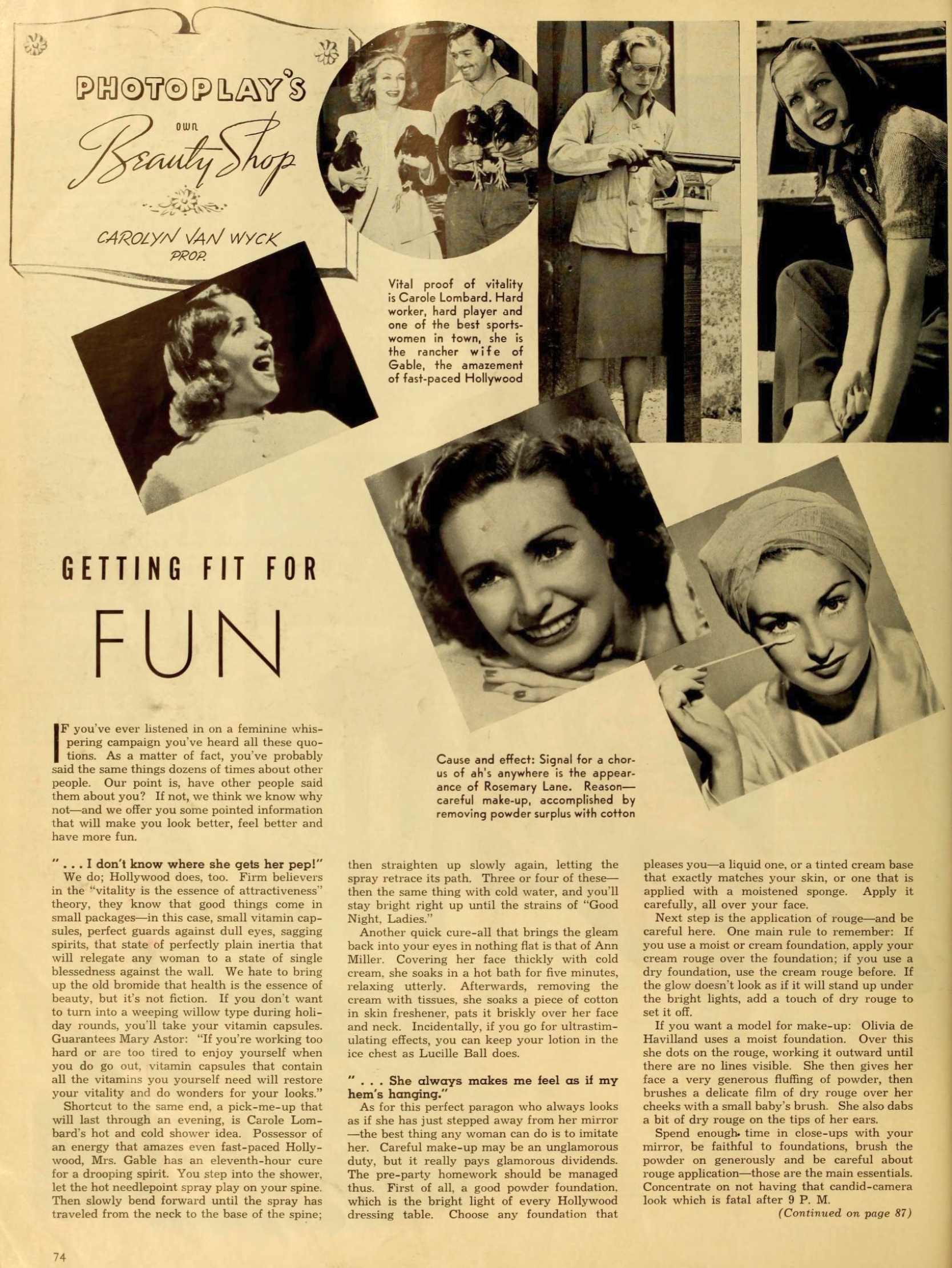 Not only are there photos of Mrs. Gable...

...but there's a revitalization tip from her, too: 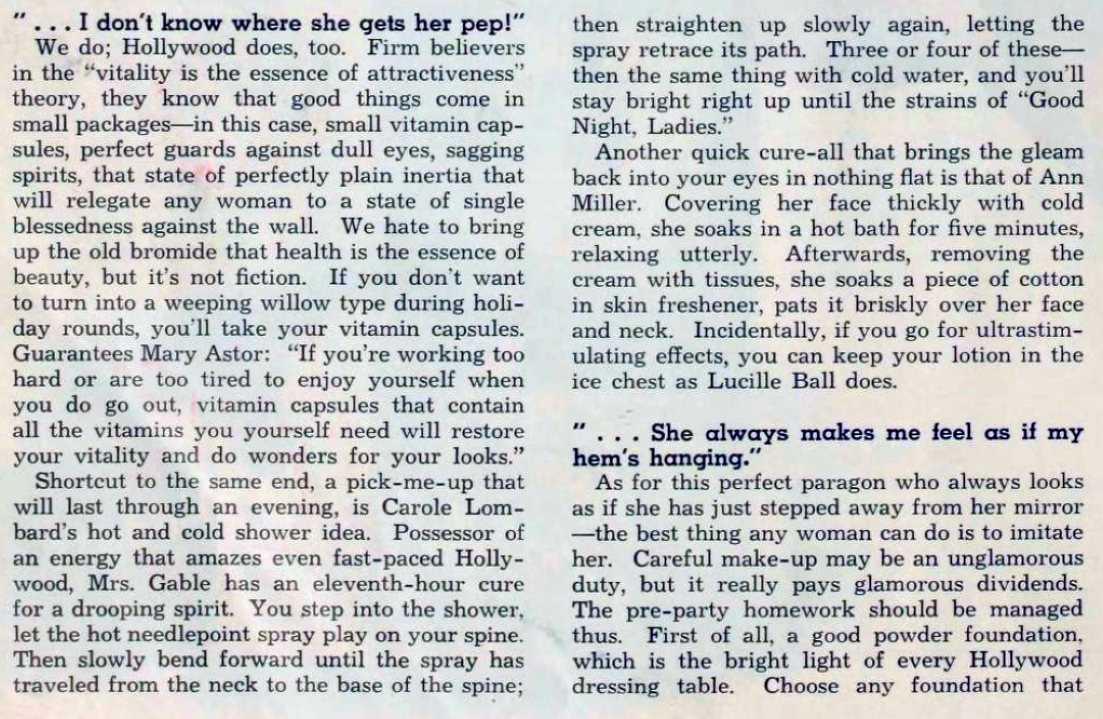 One presumes while Carole was in the shower, she used Lux soap. We know she did in an ad elsewhere in that issue: 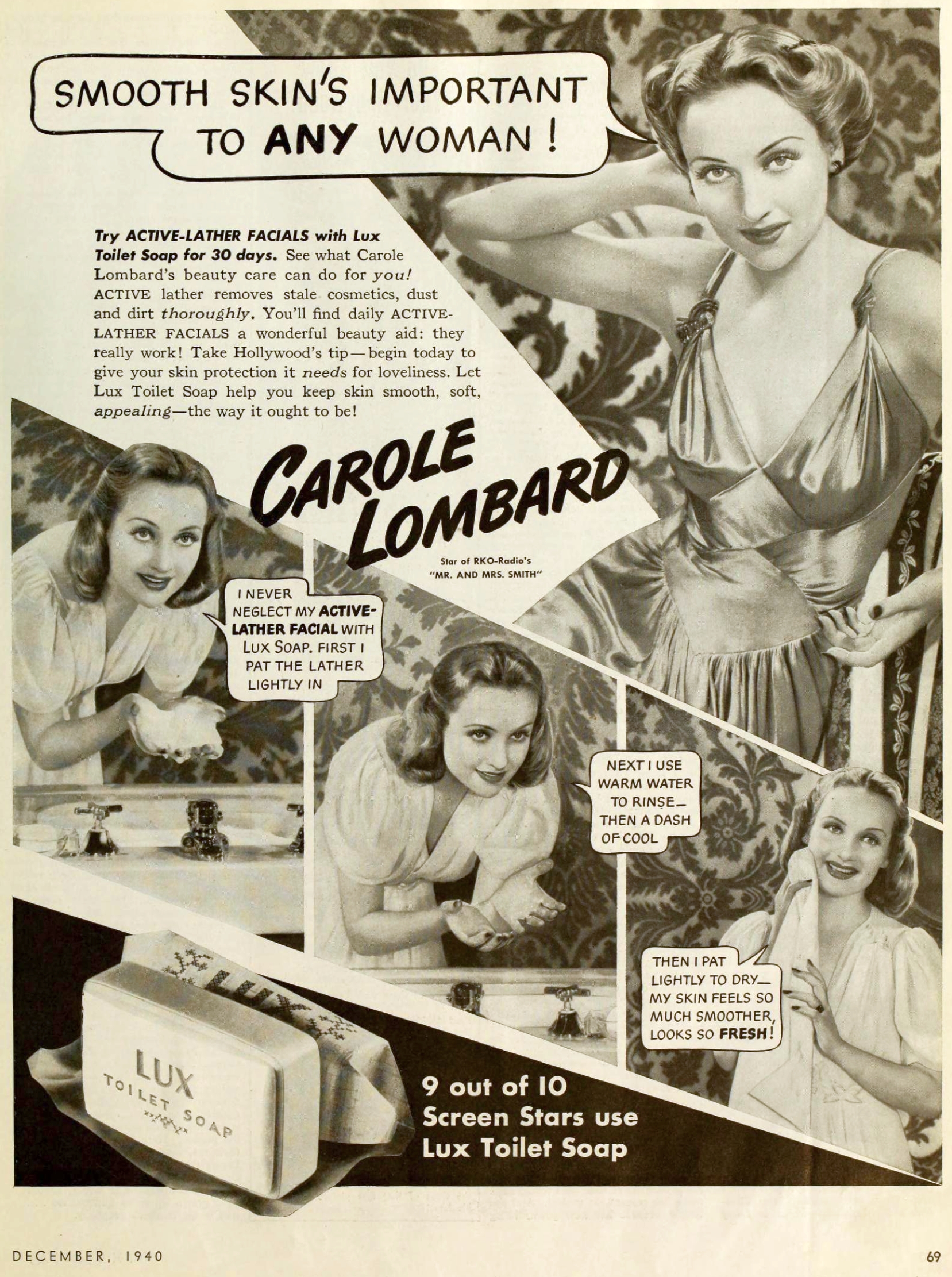