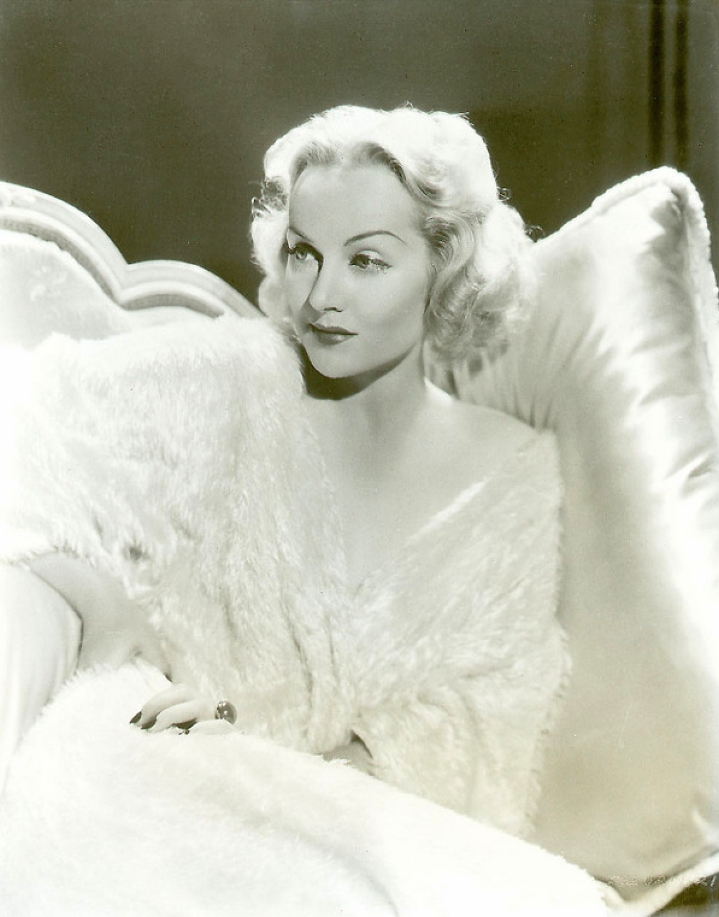 Carole Lombard was a frequent contributor to Hollywood-themed cookbooks (http://carole-and-co.livejournal.com/469753.html), and we now have one more recipe she apparently can be credited for. It's from a 64-page booklet issued late in 1935 entitled "Foods And Fashions Of 1936": 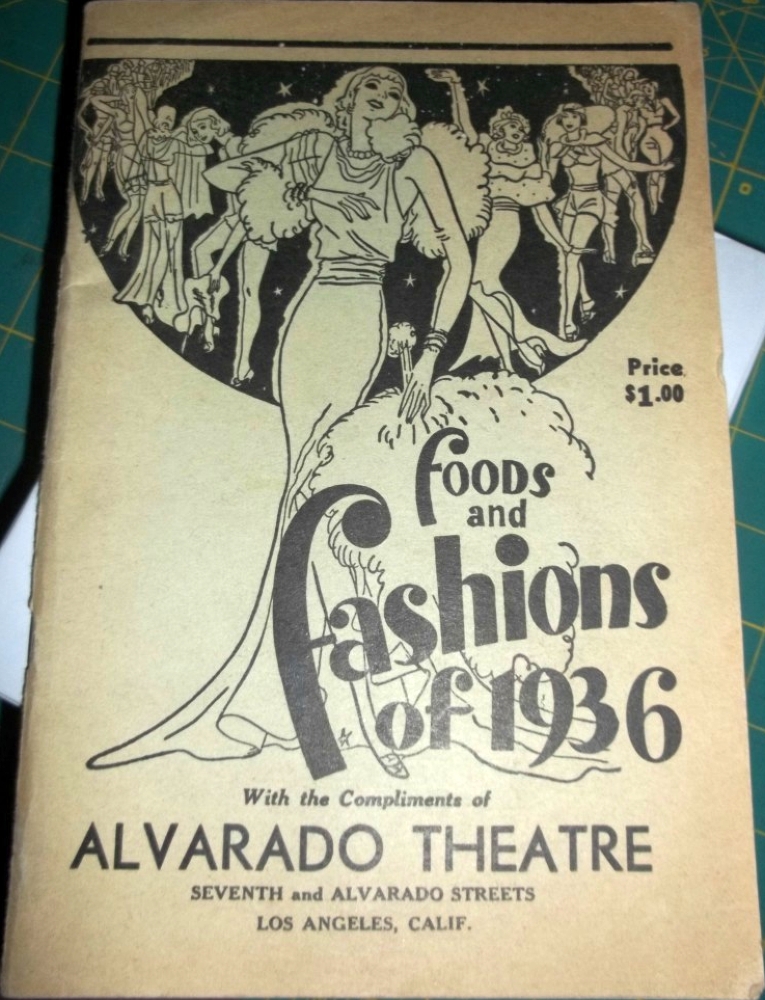 This particular copy was sold at the Alvarado Theatre in Los Angeles, which was remodeled during the year... 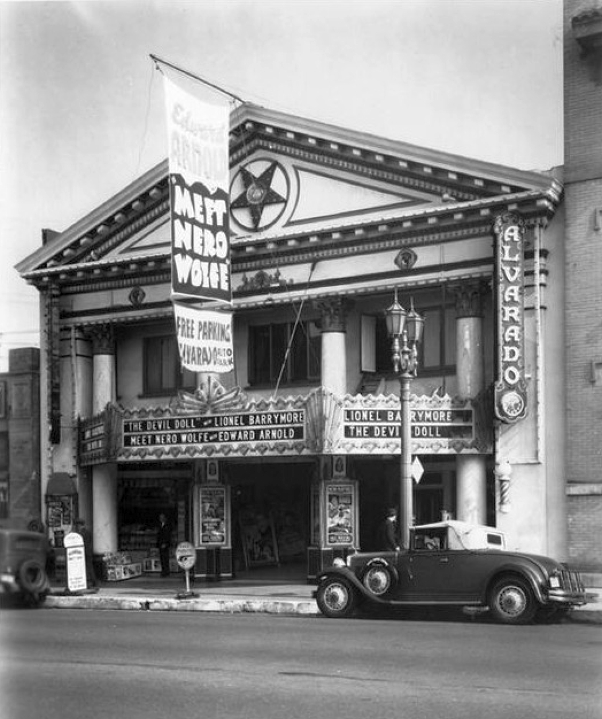 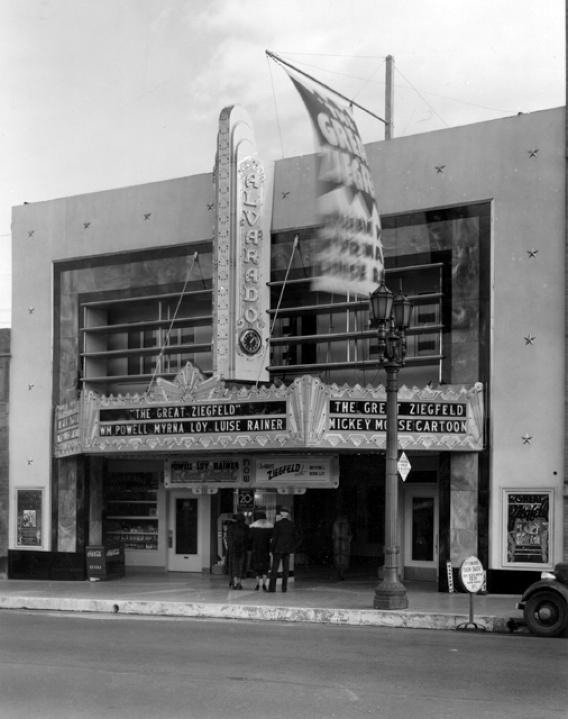 ...but this publication was sold at many theaters with local advertising on the inside covers. Here's one from the Music Box in Tacoma, Wash.: 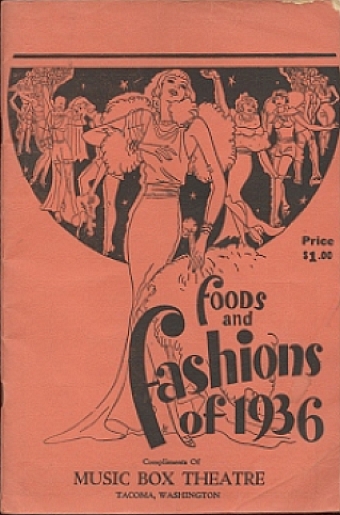 The booklet was dedicated to Will Rogers, one of the most popular people in the entertainment industry, who had died with aviator Wiley Post in an August airplane accident: 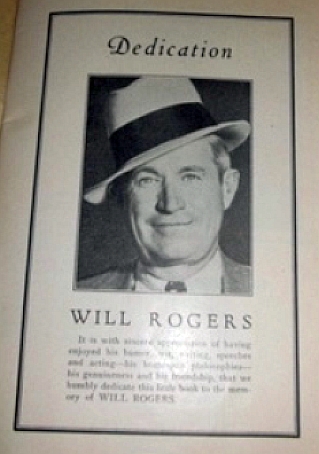 Stars' photos are placed next to recipes, though unlike in some other celebrity cookbooks, there's nothing expressly indicating they contributed them. So we don't know whether Lombard provided the following recipe, though the concoction, called "angels on horseback," sounds like something she might have served guests at one of her famed parties (http://carole-and-co.livejournal.com/110894.html): 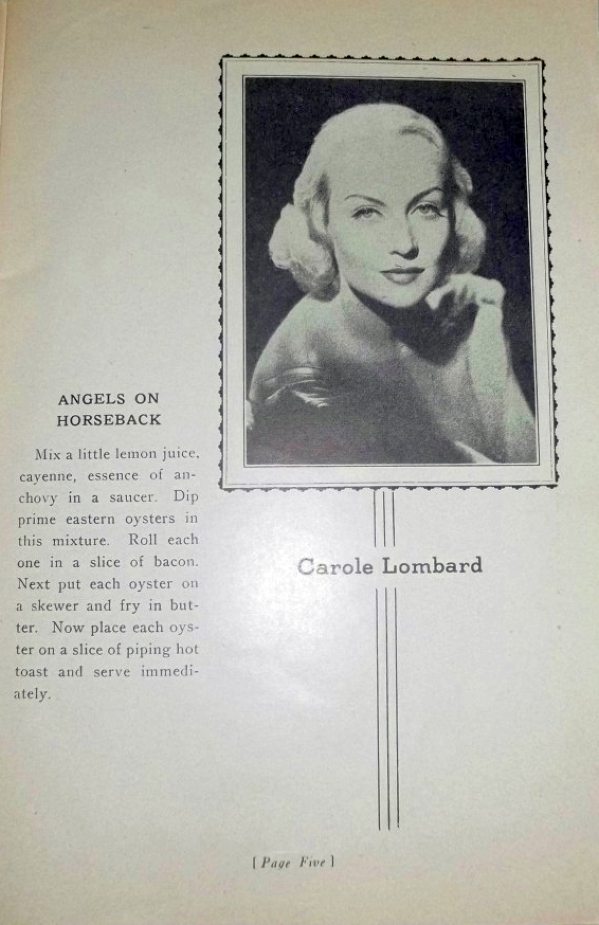 In the 1935 party article linked above, Lombard said, “Don’t serve hors d’oeuvres unless they are superb." This recipe likely clears that hurdle. (An item on the Tacoma cookbook says Carole also is pictured next to a recipe for clam chowder, but I don't have visual proof.)

Several Lombard co-stars and friends are also in the book. Shirley Temple, from "Now And Forever," is shown with a recipe for "Mammy's pecan squares"... 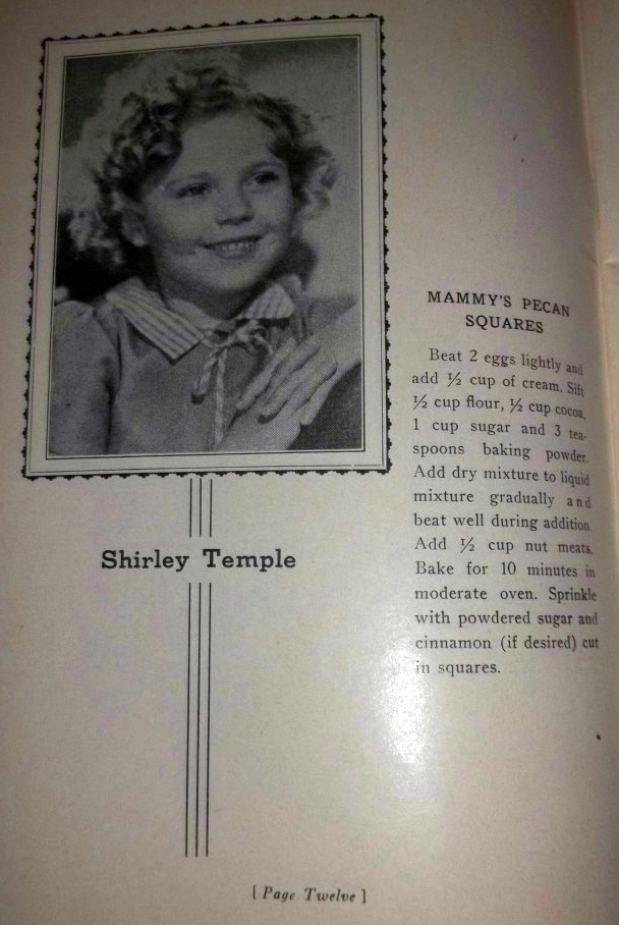 ...from Ginger Rogers, there's "pimento salad a la Parisian" (it's made with French dressing)... 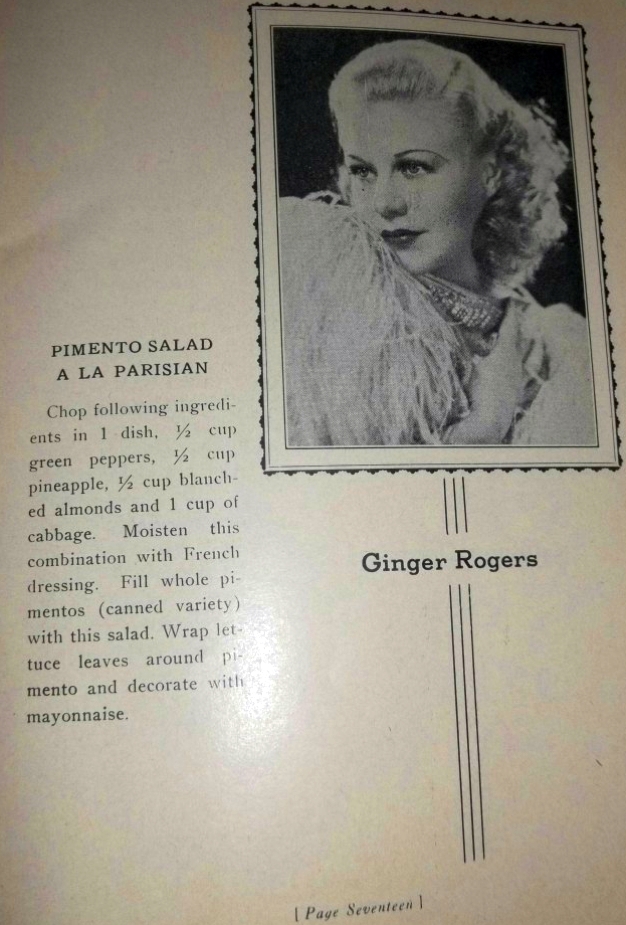 ...and two from Carole's cohorts in "We're Not Dressing," first Bing Crosby with "Norwegian sturgeon"... 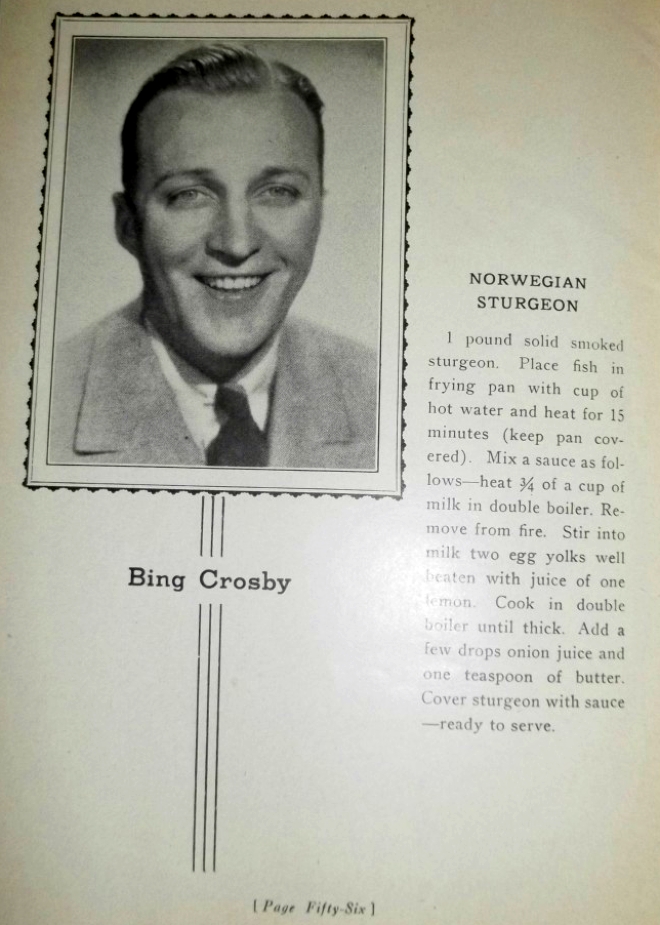 ...and George Burns, across from the inside back cover ads with his recipe for "beefsteak pie": 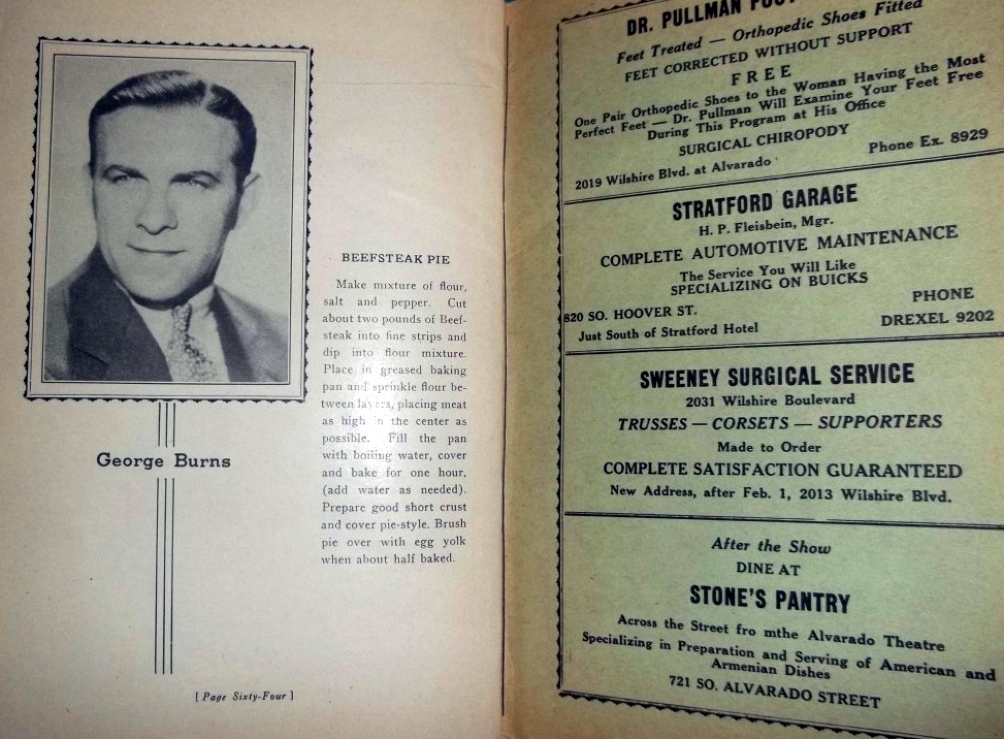 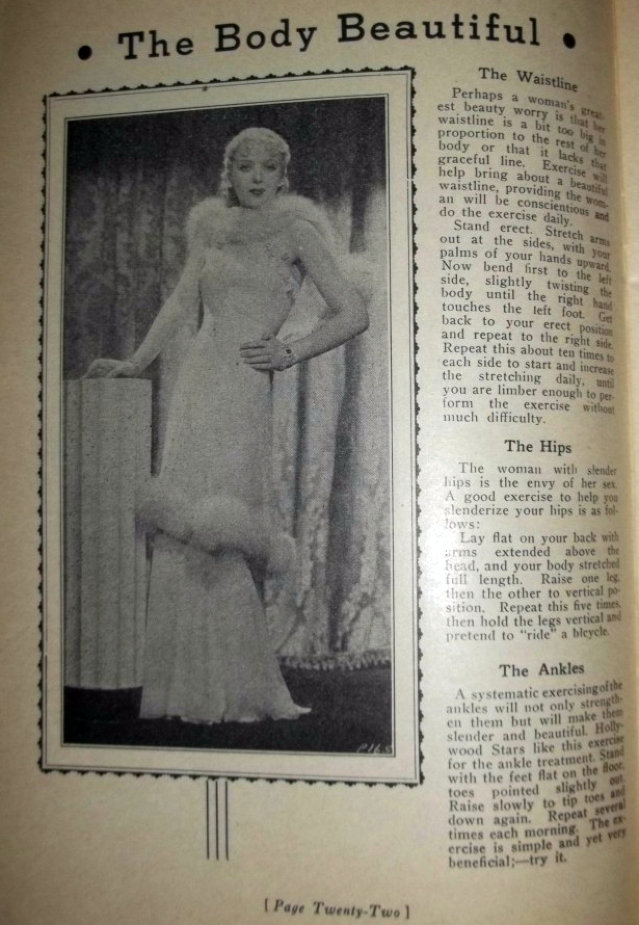 ...fashion photos from frocks to sheaths (and hats!), and much more. All in all, a nice snapshot of how the masses in 1936 could emulate Hollywood glamour.

And here's what the Alvarado looked like in 2005, as an indoor shopping mall in a drastically different neighborhood: 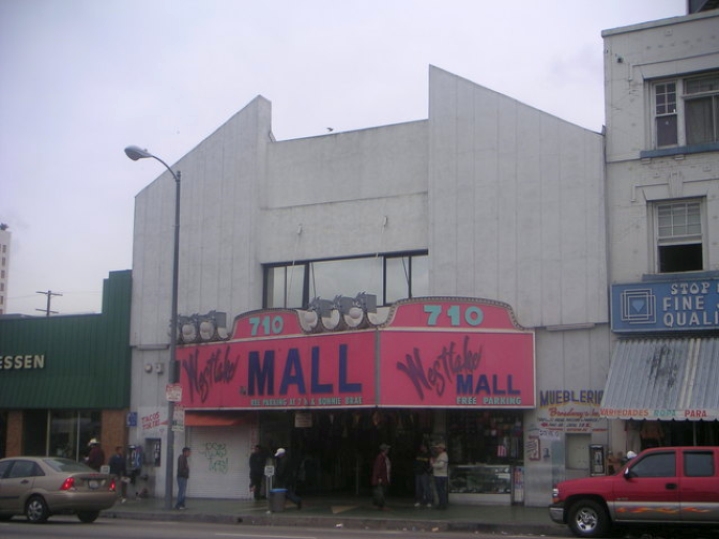 Carole and Russ in Spring of 1934. "By rumor, it becomes steadier all the time! Carole Lombard was escorted to the banquet by Russ Columbo. They are seen together lots these nights." Carole and her mother Bess embarking for New York in the fall of 1934. Bess was always there for Carole up until the end.
Collapse