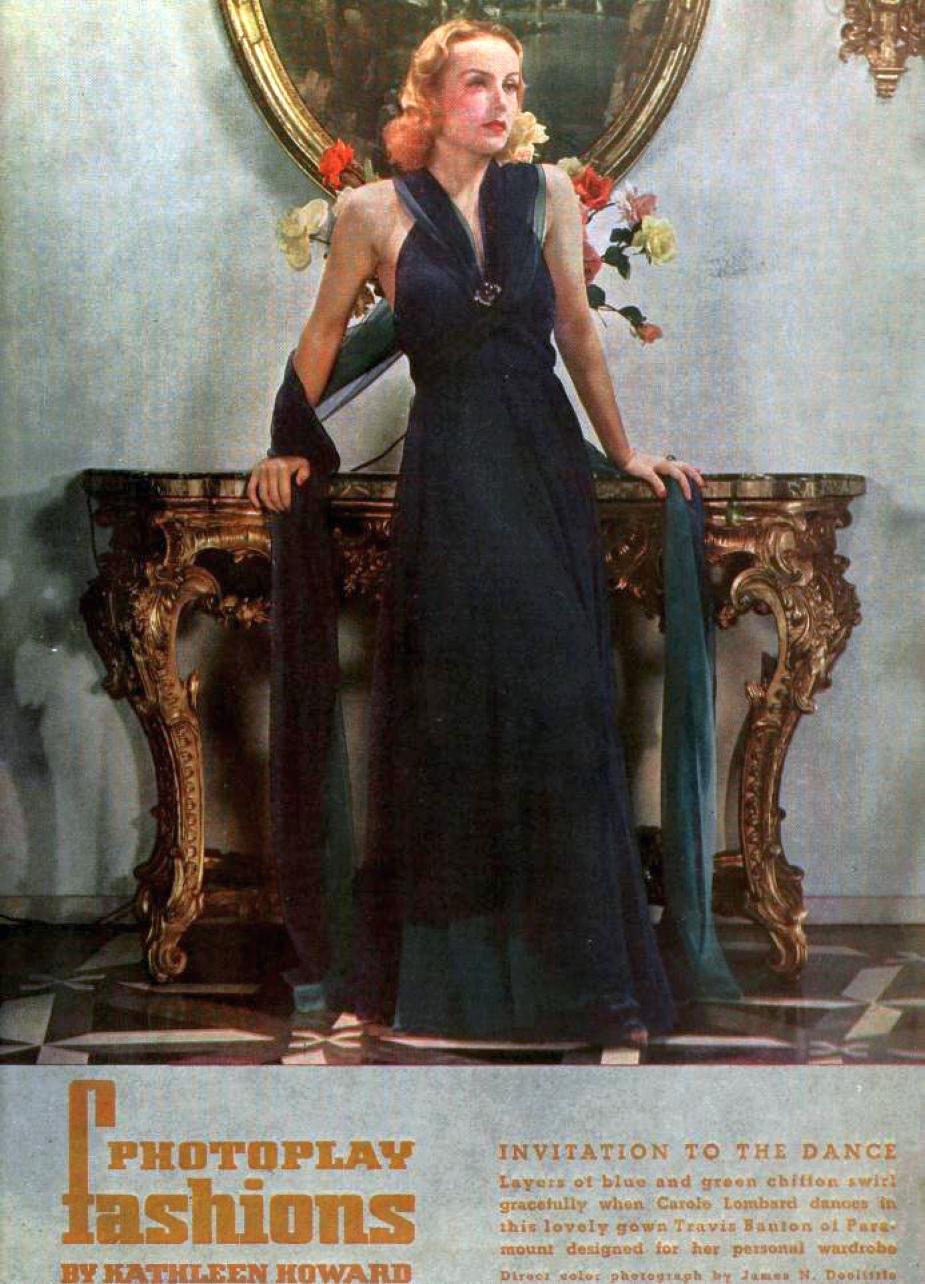 This lovely image of Carole Lombard, taken by James Doolittle, is among the first true color photographs ever issued of her; it's from the April 1936 issue of Photoplay...and perhaps not coincidentally, its designer happened to be featured in the magazine that month, the first of an illuminating three-part series.

We are referring to Travis Banton, one of the great fashion designers of classic Hollywood. While his fame in later decades was eclipsed by the likes of Edith Head (who began as his assistant at Paramount), Irene and Adrian, Banton was well-known by moviegoers of the 1930s for the outfits he created for Paramount's stable of star actresses -- Lombard, Marlene Dietrich, Claudette Colbert, Mae West and many others. Over the next three days, we will run that entire Photoplay series, showing you the pages just as they ran. Here's the first segment, describing Banton's early years at Paramount, including skirmishes with Leatrice Joy, Florence Vidor, Greta Nissen and other 1920s notables. 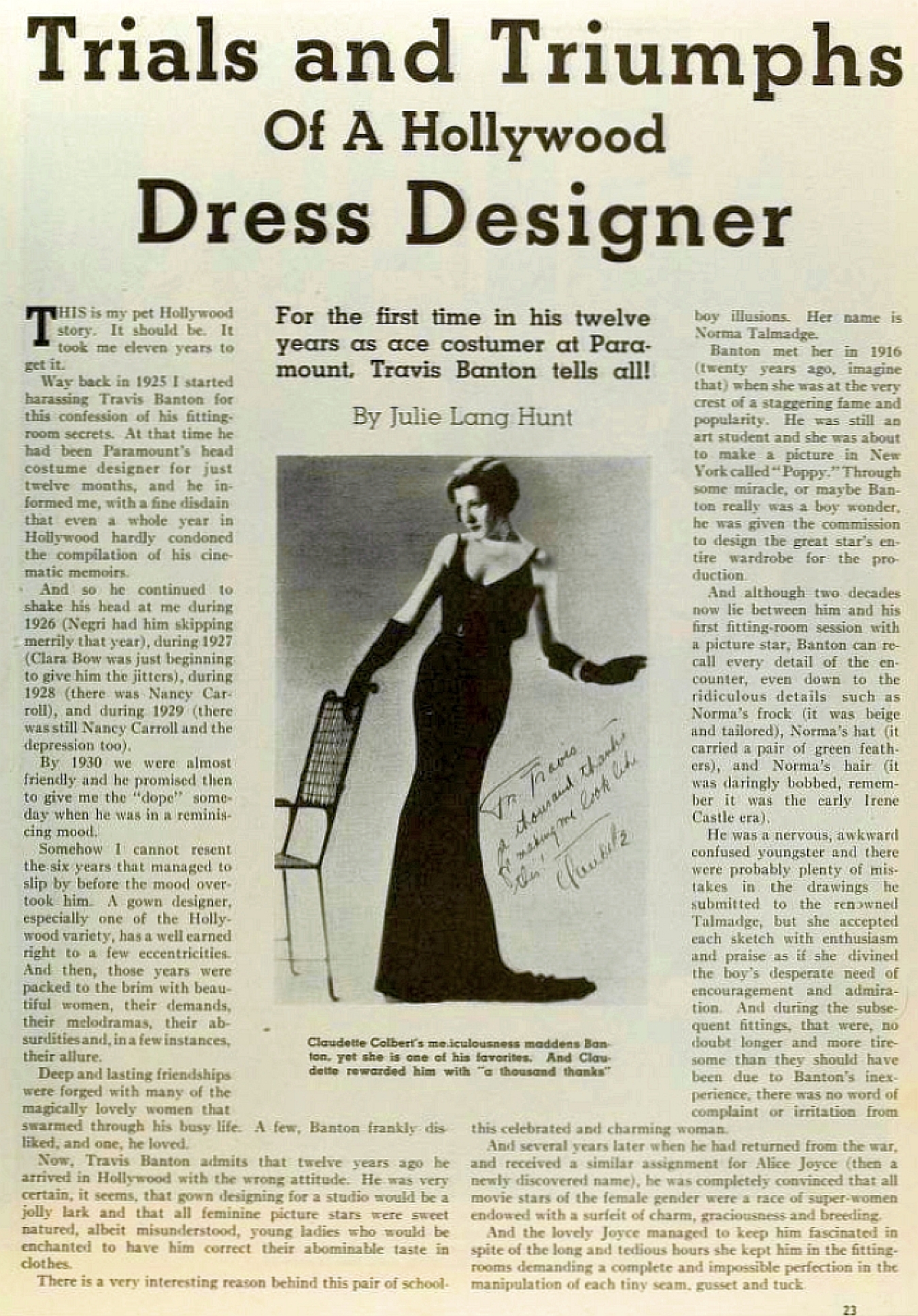 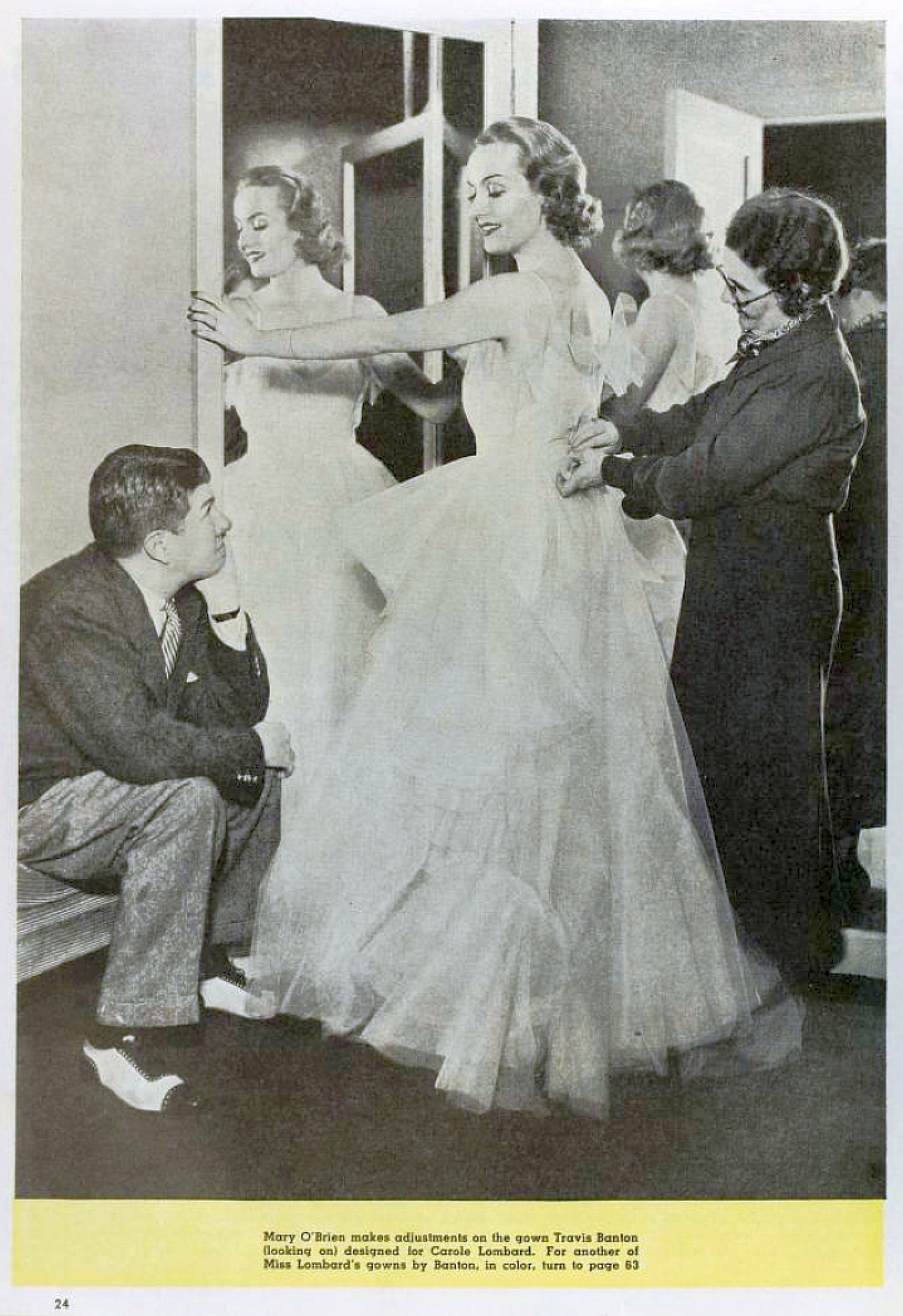 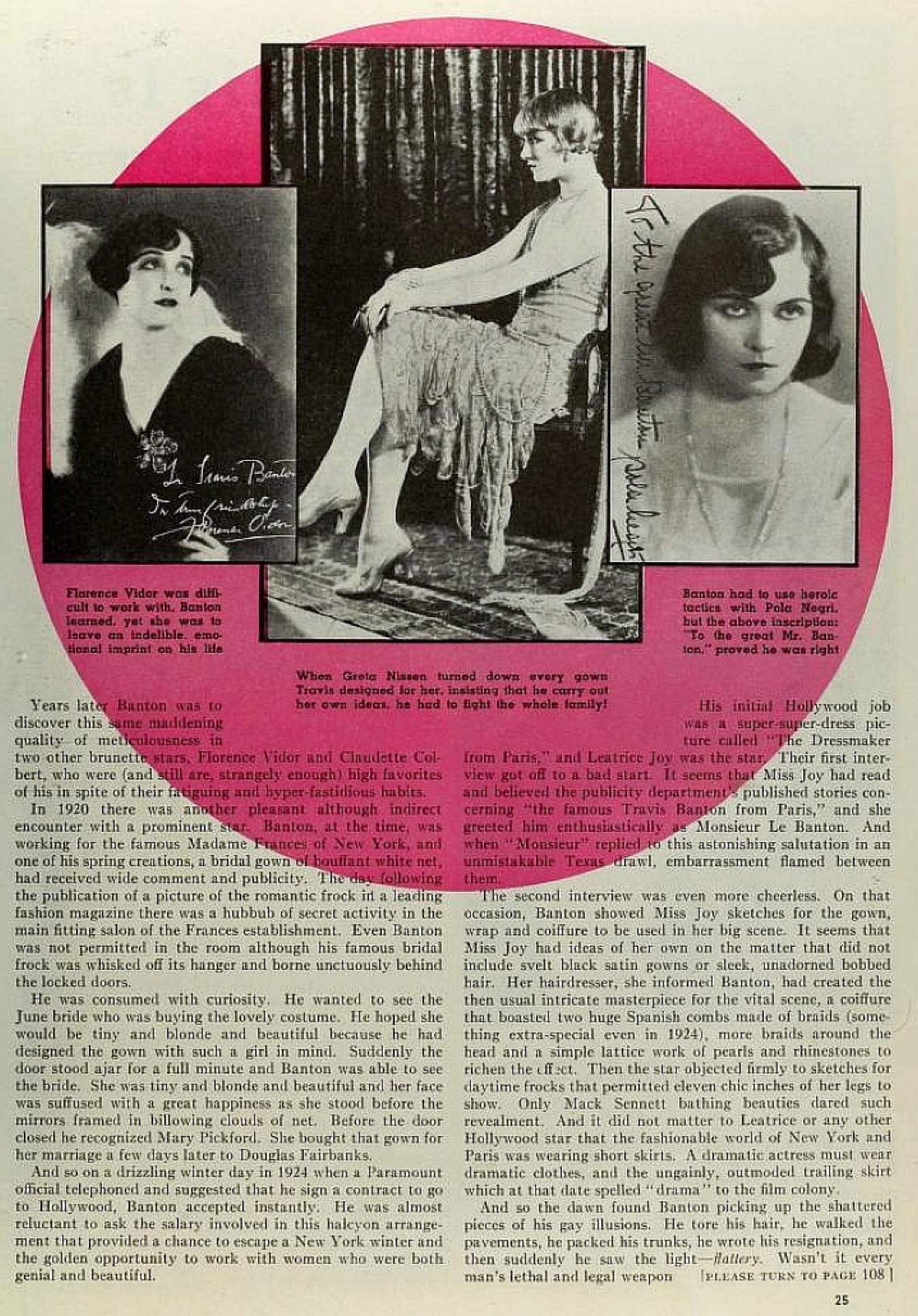 Photoplay writer Julie Lang Hunt became a friend of Banton, admitting at the start of this series that this was something she'd wanted to write about for more than a decade. Over the next few days, I think you'll agree the wait was worth it.

Oh, and many thanks to the Media History Digital Library from presenting these Photoplay pages in both wondrous condition and, where applicable, in their original dazzling color.

This week's header shows Lombard in "Hands Across The Table," a film that showed some of Banton's more workmanlike (but no less chic) costumes.
Collapse