No human being is immune from having his or her share of contradictions, and Carole Lombard and Marlene Dietrich, Paramount stablemates for much of the 1930s, certainly weren't. We've discussed their relationship in the past, and in this entry we'll do so through the book "Marlene Dietrich," written not long after her death by her daughter, Maria Riva. 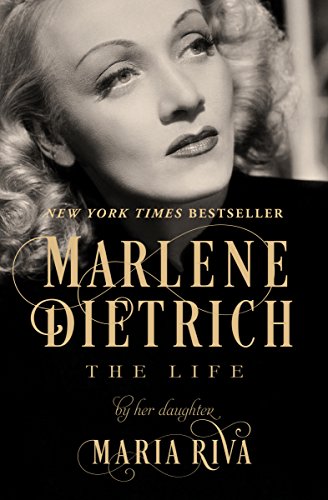 Riva's book is hardly a "Mommie Dearest" expose -- she clearly has affection towards her legendary mother -- but at the same time, it doesn't hide her foibles and eccentricities. Marlene was in many ways an admirable woman, but like the rest of us, she had her moments.

Lombard wasn't one of Dietrich's "pet hates" -- according to Riva, that status belonged to Loretta Young, who Marlene detested for her overly pious nature -- but Carole elicited some intriguing reactions from the German star.

When Dietrich's husband, Rudi Sieber, arrived in Los Angeles to meet her in 1932, Marlene didn't think much of Paramount's roster, telling him:

"Here no women have brains. Certainly not at the studio and, with Jo (Josef von Sternberg), that's the only place one sees. There is that vulgar (Tallulah) Bankhead, awful, chases the bit players. There is that ugly Claudette Colbert, so 'shopgirl French.' Lombard is pretty, but too 'palsy' American, and tries to look like me, and (Bing) Crosby's chorines, and ... who else is there? Now, at Garbo's studio (MGM), there they have women -- beautiful ones. I don't mean that Norma Shearer -- she's a dead fish, and that new one, (Jean) Harlow, too low-class. But they have some that are very interesting, but with Jo, of course, impossible."

When Marlene was preparing costumes for her film "The Scarlet Empress," where she portrayed Catherine the Great, Riva wrote she overheard her mother conversing with Paramount design maven Travis Banton:

"Travis -- I know we have a blacker black than this velvet. The nap is too short on this to look rich on the screen, and where is the georgette we didn't use in 'Blonde Venus'? Did you use it for Lombard? That old satin you draped her with for those publicity stills -- really! -- off the shoulder? A la 'vamp'? Lombard? She looked silly..." 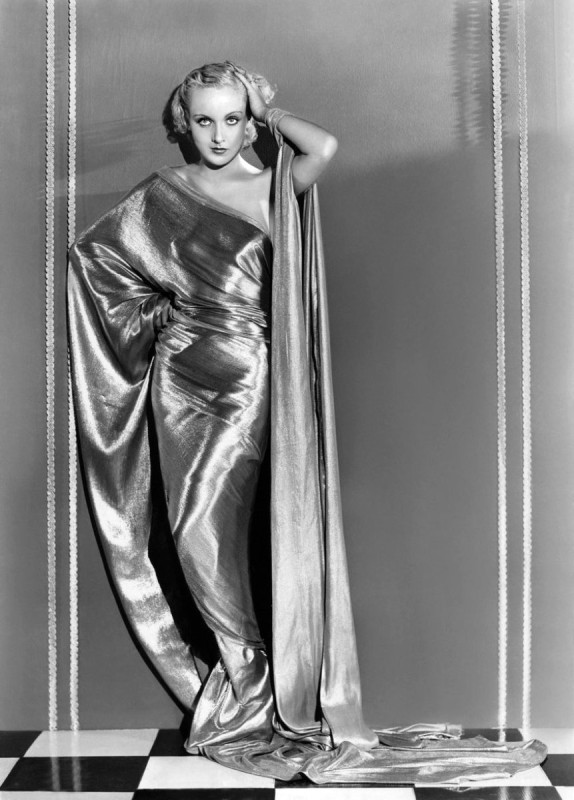 "Talk about silly, where did you get that sailor outfit they put on her? Really, Travis, you can't do that!"

"Lombard can be very funny. If she gets the right pictures, she can become a big star. You have to watch what Lombard wears. She loves to look like me; why not make her a 'Dietrich' suit out of that white flannel we found -- but she will need a shorter jacket than I wear. She has an American body. Also a behind, so watch the skirt line."

Then came the 1935 Venice party, of which Riva wrote, "This was so rare that it created quite a stir in our lives." Here's how she described Dietrich's reaction upon receiving the invitation:

"It says here, 'Wear old clothes!' What does she mean, 'old clothes'? Just like her, trying to be ever-so-different and cutesy! Get me Travis at the studio."

She got Banton on the phone, and Riva wrote her mother's end of the conversation went something like this:

"Travis? Have you heard about Lombard's big party? Well, what does she mean with 'old clothes'? Old clothes 'history' or old clothes 'no good anymore'? ... Oh! Is a fun house really that dirty? Then why give a party there? Do you know what she is going to wear? Knowing her, she will have alerted publicity and there will be photographers. ... Really? Now everyone thinks they can wear trousers -- so, what do I wear? I am coming in! Think! We will have to make something 'old clothes'!"

Marlene chose not to wear trousers, a decision she likely regretted, as Maria -- who did not go to the party -- said Dietrich came home "a bloody mess":

"What an idea for a party? We had to sit on potato sacks and slide down enormous slides? I thought we were going straight through the wall into the ocean! ... And barrels that rolled! We had to run through them trying not to fall! It was awful! Everyone was crashing on top of each other and they were laughing. They thought it was fun! You know those horrible mirrors that make you look like a midget or a giant or fat? She had those too. Who wants to see themselves fat? I can have that right here in my bathroom and not look like I have been in a war!"

Dietrich is shown above with Lombard, Lili Damita and Errol Flynn at the party. Riva described her knees: "They were really bad. She looked as though she had fallen off a bicycle at high speed on a gravel road. ... We cleaned the caked blood off her knees and shins, then she soaked in a hot bath loaded with epsom salts."

"Of course, Lombard's trousers protected her legs. Her legs should be covered!"

Dietrich is shown with Richard Barthelmess, her escort that night, and Cary Grant. The following morning, Marlene did a 180 when describing the party to friends on the phone: "I went to a marvelous party that Carole Lombard gave in a fun house! Well, let me tell you all about it! ..."

She was conversing with Banton in 1936 when Lombard again entered the conversation:

"I saw a picture of Lombard in something you did for her -- in that black monkey fur ... you want to give her a banana? Really, Travis? But in that film ..."

She then turned to Maria: "What's the name of that film, where we saw the photographs and I said, 'Finally, Lombard looks beautiful!'?"

Riva: "'The Princess Comes Across.'"

"Yes -- a bad title -- in that film, you finally did something for her. She looks just like Dietrich. I hear she calls you 'Teasie' -- how very cutesy-poo'!"

According to Riva, when Dietrich learned of Lombard's death, she said this to her daughter:

"See? What do I always say? Never fly! Airplanes are dangerous. I never really liked her, but she could be beautiful when someone dressed her right. I wonder who Gable will find now?"

Typical Dietrich. According to Riva, Marlene's closest friend at Paramount was, like her, an outsider, and also one whose style and personality signified no threat to Dietrich. We are referring to, of all people, Mae West:

Riva's word portrait of Dietrich and her amazing life will at times delight, shock or exasperate you ... but it will never bore you. It's well worth a read.

For Memorial Day, this week's header features Lombard with two servicemen during her eastbound rail stop at Salt Lake City on Jan. 13, 1942. Let us remember those who sacrificed for our country, and don't let the unofficial summer kickoff obscure the real reason for the holiday.
Collapse