That's Carole Lombard in August 1933, being welcomed home by her mother, Bess Peters, after Carole's return to California following her divorce from William Powell. (Lombard established Nevada residency for six weeks in order to qualify for a divorce.) With Carole is noted aviator Roscoe Turner, who had flown her back from Nevada.

As you might guess, we're running that photo in honor of Mother's Day. And while we're at it, how about some images of other stars from that era with their mothers?

We'll start with Jean Harlow and her mom (who actually was named Jean Harlow; her daughter was christened Harlean Carpenter, and decided to use mom's moniker as a movie stage name):

Here's a mother-and-daughter pose of one of Lombard's Paramount stablemates, Claudette Colbert and her mom, Jeanne Loew Chauchoin, a pastry cook: 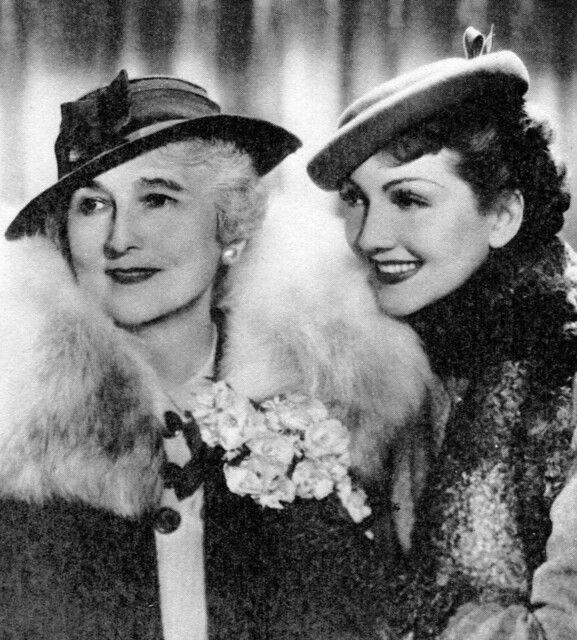 One of Hollywood's best-known mother-daughter combos was Ginger Rogers with her mom, Lela:

The happiest of Mother's Day to you -- and to your mother.
Collapse